In the beginning, I was an Atari kid. I lived and breathed my Atari 2600 and its games. But one day, I was hanging out with my neighbor Joey and he told me he had something that was way better. He had something called a Nintendo and a game called Super Mario Bros. Naturally, I didn't believe him. What could be better than an Atari? I was about to find out. 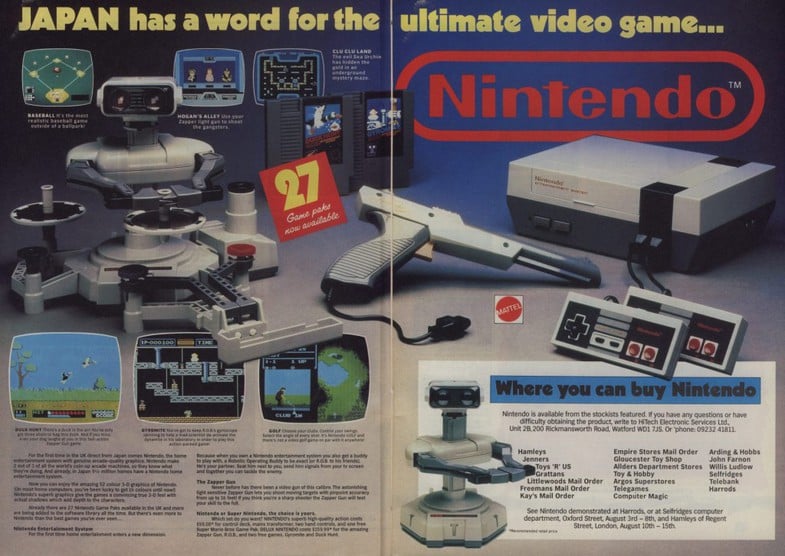 I didn't get one of these launch units, but man I wish I did.

I didn't get an NES at launch, making it the only American-released Nintendo console I didn't own on day 1. I give myself a pass on this one though because I was born in 1981 and as such, my ability to stay on top of all the latest trends in video games was fairly limited at the age of 5. I wish I could remember exactly how old I was on that fateful day when I went to Joey's house and played the NES for the first time, but I honestly don't. My best guess is that it was sometime in 1987, but I could be wrong.

Regardless, when I went to Joey's house I was equal parts skeptical and excited. The concept of video games looking better than what the Atari 2600 could do wasn't really a thing in my young mind. I just figured Atari 2600 was what video games looked like. I was only vaguely aware of what arcade games actually looked like since we didn't really have any near me, so Atari 2600 was it. Surely whatever this Nintendo thing was couldn't be that much better, right?

He took me over to his bedroom, parked me in front of a small TV, and powered on this weird gray box. I asked him where the cartridge was and to my amazement, he lifted a small lid on the front of the console. I felt like I was looking at something out of s science fiction movie. Two separate titles scrolled in from opposite sides of the screen. One was Super Mario Bros., the other was Duck Hunt. In case you were wondering exactly how long it took for me to fall in love with Nintendo, that was it. As long as it took for him to press the power button and for me to see those logos scrolling across the screen. The graphics of even those logos were light years beyond anything my 2600 could produce. And bear in mind again that I had very little, if any arcade experience at this stage in my life. Seeing a game's logo on a TV screen instead of just on the box was a revelation. 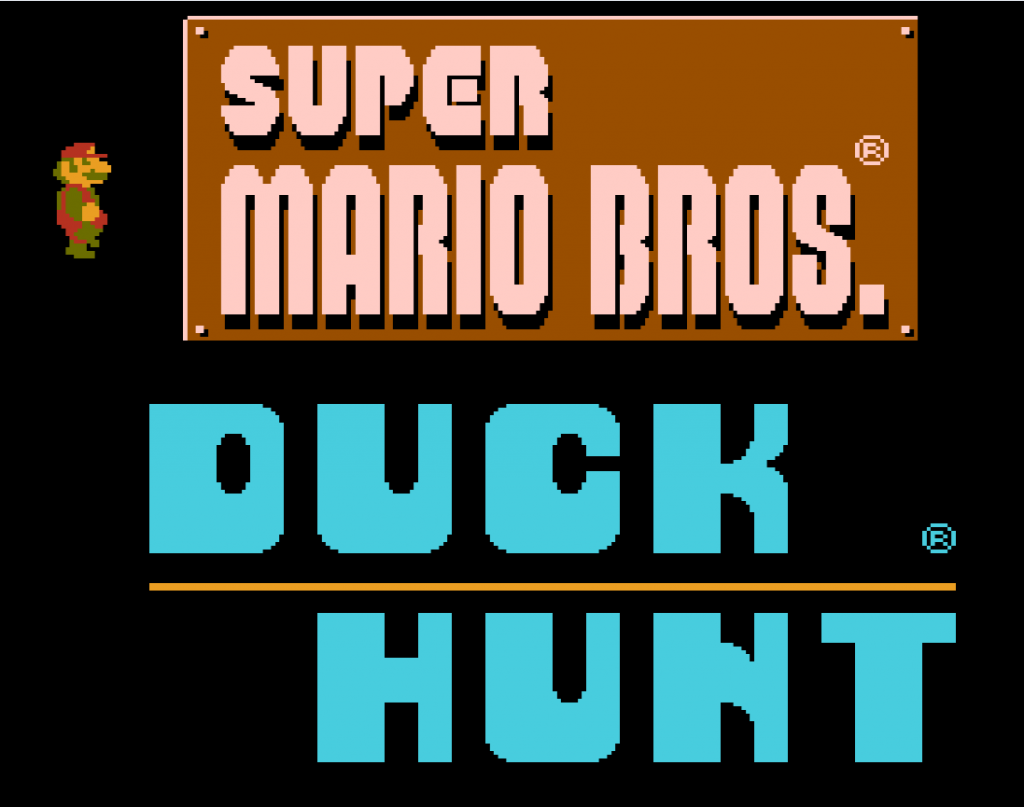 It may not look like much today, but back then...

I asked what Duck Hunt was, and he told me he'd show me that after I played Mario. So he pressed start, handed me the controller and gave me the basic instructions. Like I said, the game selection screen was enough to convince me I needed an NES in my house as soon as humanly possible, but nothing could have prepared me for what I was about to embark on.

When I held that completely foreign joystick-free controller in my hand and moved Mario to the right, the screen moved right along with him. Unlike Pitfall!, this wasn't a one-screen-at-a-time thing. It honestly is difficult to put into words how much this moment affected me. The very concept of a scrolling screen hadn't occurred to me before. Every game I had ever played to this point had been a single screen affair. This was the ultimate game changer, and I needed to play more.

Unfortunately, I was terrible at it. I spent what felt like forever taking turns with Joey, and I couldn't get past level 1-2. When he was sick of watching me repeatedly die at the same spot, Joey decided it was time to show me Duck Hunt.

I always preferred the gray Zapper myself

I dont' know how I missed it, but I didn't see the gun when I saw the NES console for the first time. I was so mesmerized by what was happening on the TV screen and this crazy non-joystick controller, I completely missed the big plastic gun sitting right next to the NES. Joey put the gun in my hand and told me to shoot the ducks, and I thought something was wrong because I couldn't hit anything. A few seconds later he showed me that I just had to put the gun right against the screen and I\'d hit every time. Sure, it was cheating, but we were kids. We played until it was time for me to go home, and it was some of the most fun I had ever had. Even the Clay Shooting. 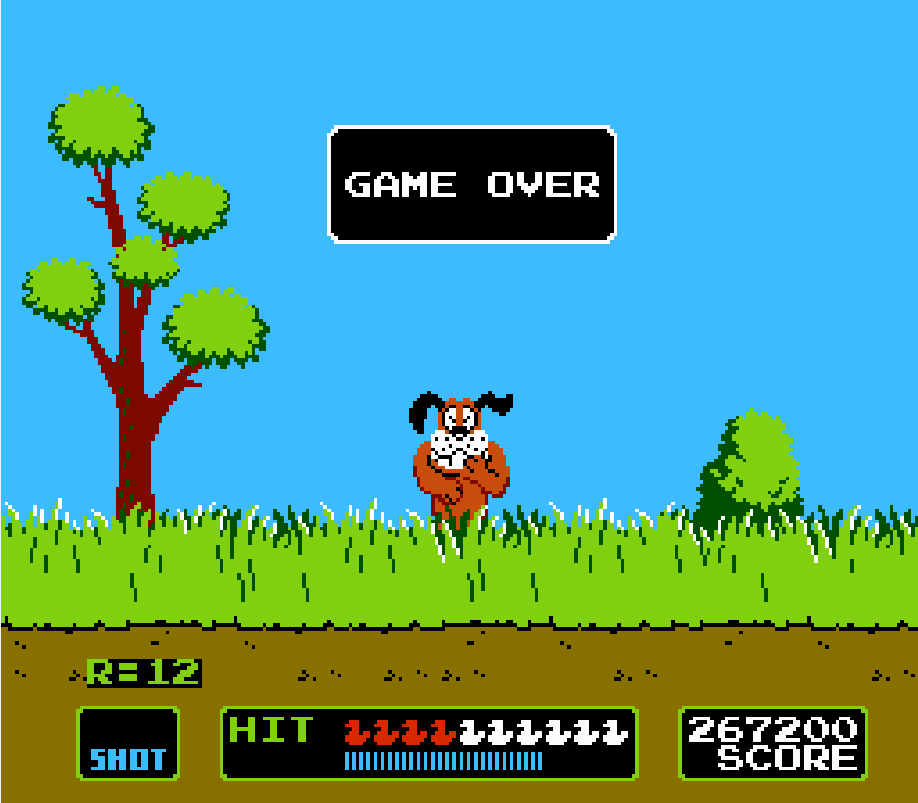 We all wanted to shoot that dog.

When I went home, I couldn't stop talking about the NES. My sister got in on the action too, and we somehow managed to convince my parents that we needed to get one. I wish I could remember the circumstances a little better, but I know it we got our system in 1988 because we got the Power Set, complete with the Super Mario Bros./Duck Hunt/World Class Meet combo cartridge, two controllers, the Zapper, and the Power Pad. 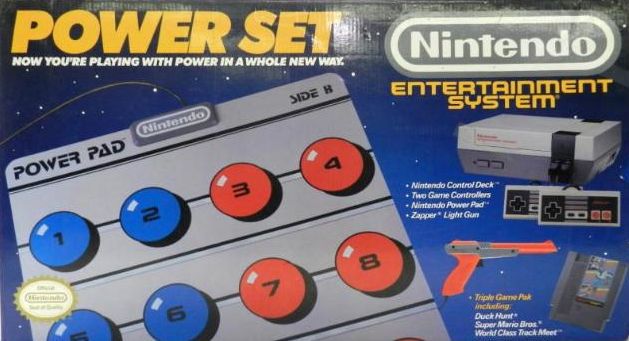 I still have the giant "Now You\'re Playing With Power" poster hanging on my office wall to this day.

While my love of the Atari 2600 never truly waned, it wasn't long before my full blown Nintendo obsession was solidified. I would bring games' instruction manuals to school for reading time. I watched the Super Mario Bros. Super Show every day after school without fail. I went to the theater to see The Wizard. I didn't just love playing Nintendo games, I loved the entire World of Nintendo. I was hooked for life. 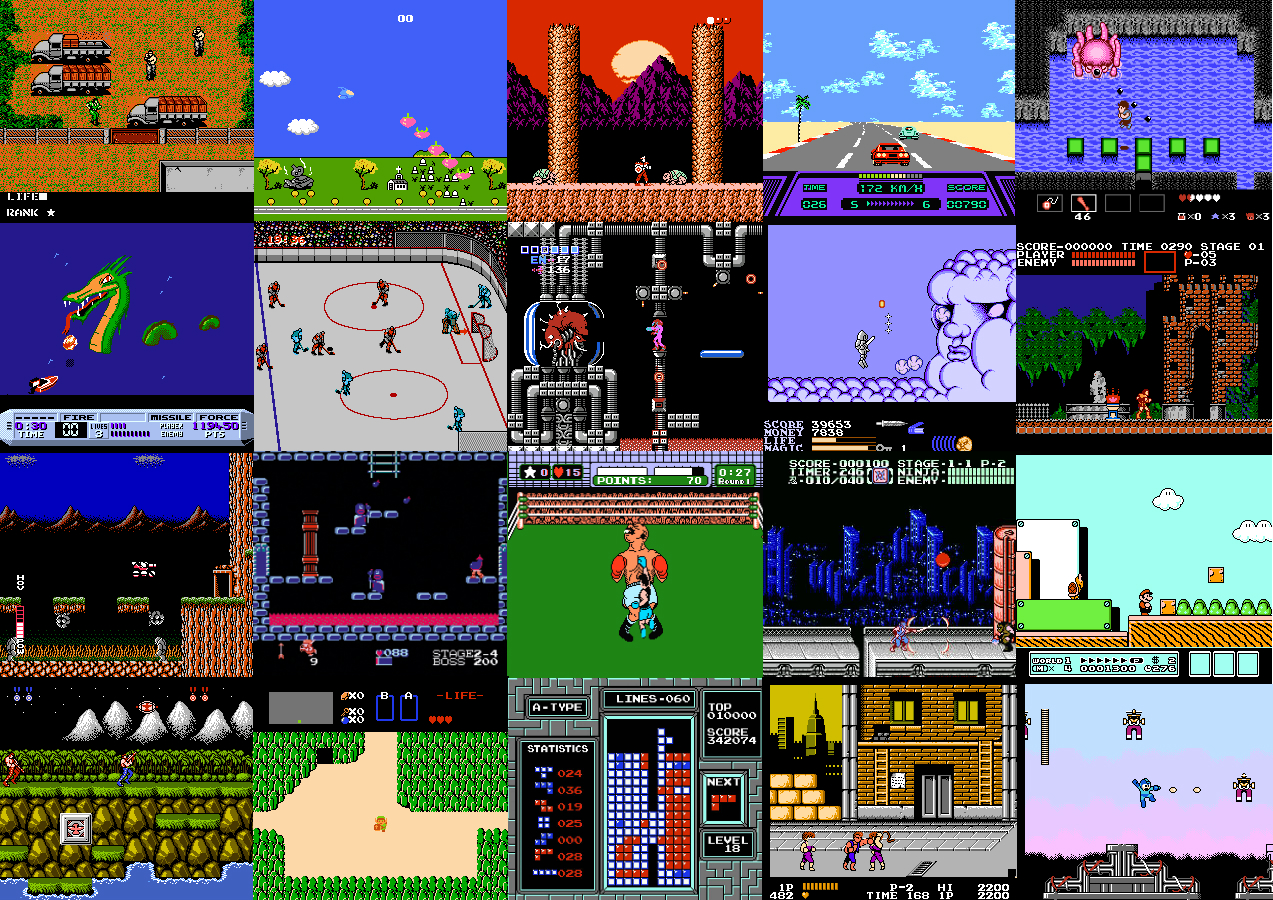 And this is just a fraction of the memorable games on this platform.

I could go on for days about the first time I played all those incredible games. I mean, take a minute to reflect on the catalog available for this thing. Every genre is represented in some fashion, and so many of them are still incredibly fun to play today. When I was 5, I hadn't yet experienced the amazingly fun anticipation of a new console launch, but the time between my initial experience playing Super Mario Bros. and when I actually got one of my very own to play at home was a pretty close approximation.

So why do I love my NES? It's hard to choose just one reason, but at the top of the list would have to be the overwhelming joy that the game worlds it introduced to me to has brought me over the years. From lesser-loved stuff like Blaster Master and Kid Icarus to true video game staples like Mario, Metroid, Ninja Gaiden, Punch-Out!!, Castlevania, Mega Man, Metal Gear and the Legend of Zelda, the NES is a classic in every definition of the word. To this day, the worlds that video games create are what attracts me to them the most, and the NES was the birthplace of so many of my favorite pieces of fiction in any medium.

Maybe it was the abstract nature of the Atari games that started my love affair with video games in the first place, but Nintendo was a source of inspiration and imagination for me. Playing those games wasn't just a hobby, it was an experience. The graphics, the character designs, the worlds, and oh, the MUSIC! So much of my life has been set to the soundtrack of the NES's simple bleeps and bloops transformed into symphonies and rock tunes, and I have the Nintendo Entertainment System to thank for introducing me to legitimately some of my favorite music of all time. There really is a near infinite number of reasons to love the NES.