The Game Boy went for a very long time without a proper successor. Pocket was a nice redesign, and Color was impressive, though still only really a half-step. At the end of the day, the Game Boy line was still essentially providing the NES experience on the go. By the year 2001, 8-bit just wasn't cutting it anymore. It was time for Nintendo to give us a new system. For all its faults, the Game Boy Advance was that system, and I was waiting with bated breath. 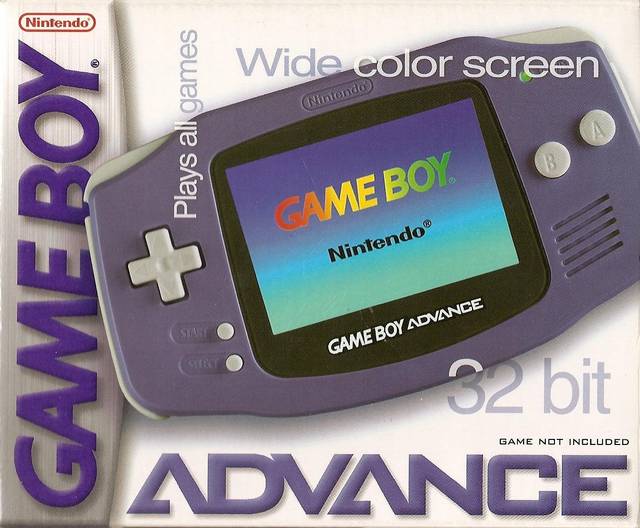 Perfect? No. But it sure was  a great first step.

With video games going more or less exclusively 3D in the home console space and developers having pretty much maxed out what they could reasonably pull off on Nintendo's ancient Game Boy hardware, the announcement of the Game Boy Advance was like a dream come true. There was a certain amount of trepidation on my part when I read that it was going to be a 32-bit system because the last thing I wanted was something that provided the same kind of stuff seen in the early N64/PSX days, even if it was only a handheld. Fortunately, my fears were quashed when I saw the first screenshots. The GBA was going to basically be a supercharged Super NES on the go, and I was stoked. 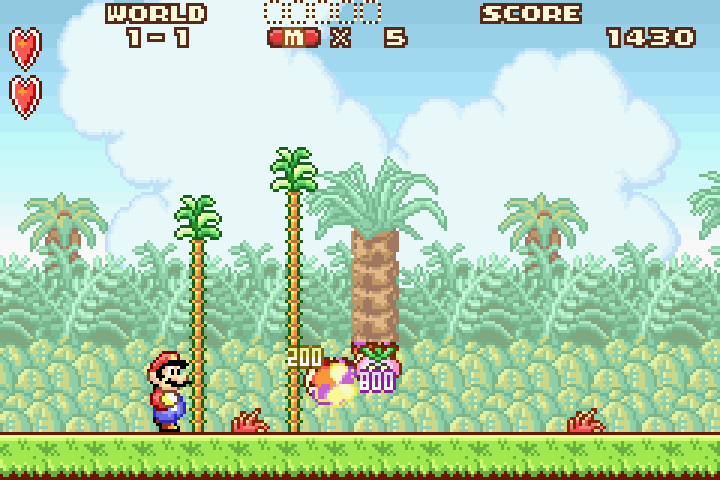 As someone who wasn't too fond of the 32/64-bit era, once we had finally moved past that to systems like the PS2, Dreamcast, Xbox, and GameCube, I came to like 3D gaming a lot more. Developers were getting the hang of navigating a 3D space, and the graphics, even at their worst, were lightyears ahead of anything the previous generation had to offer. Still, 2D gaming was where my heart was, and seeing the Game Boy Advance in action managed to get me more excited for portable gaming than I had been in a very long time.

The first real images I remember seeing of the GBA were on this poster we got in at work around the time of the announcement. It was a big foldout thing that was split in half between the GBA and the GameCube. It said "The real future of gaming" across the middle, and it had screens of those amazing GameCube tech demos like Metroid, Zelda, and Luigi's Mansion on one side, and on the other a bunch of Game Boy Advance games. I swear I have that poster around here somewhere, but I can't find it! UPDATE 2/16/22: I found it! This is it. 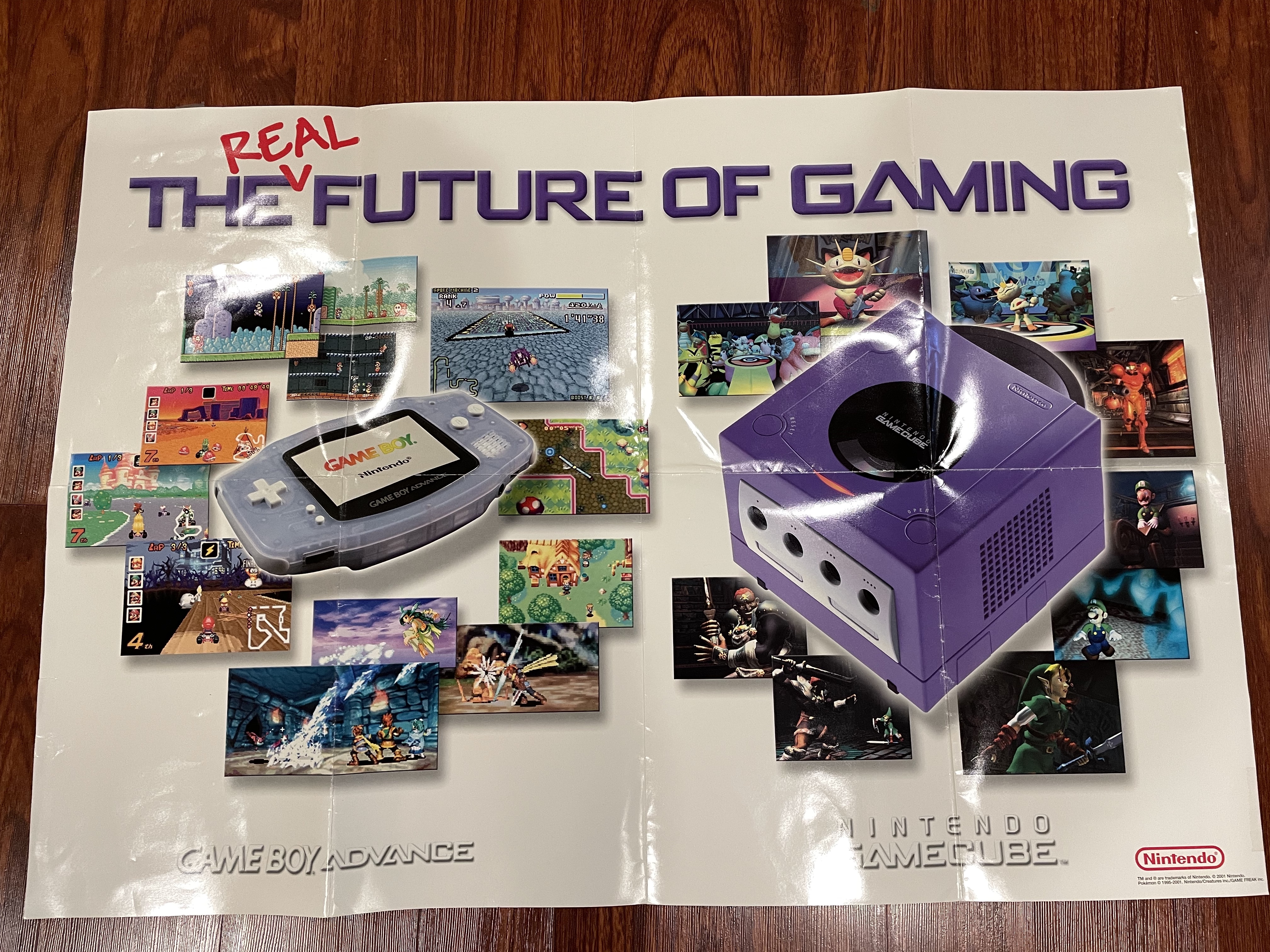 It's even cooler in person.

Anyway, seeing that Super Mario Advance looked like Super Mario Bros. 2 was pretty exciting. Seeing what Golden Sun looked like was really exciting. Seeing that the GBA Mario Kart was going to be more like the Super NES game was really, really exciting. And past the poster, when I got my hands on a magazine showing off the launch lineup and I saw Castlevania: Circle of the Moon, exciting no longer covered it. I was getting what appeared to be a sequel to Symphony of the Night, and I was going to be able to play it anywhere. Sold. 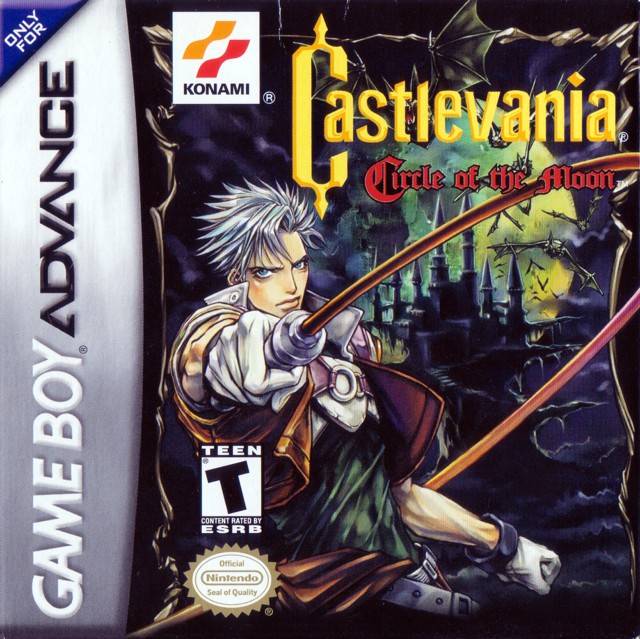 It ultimately was no Symphony, but it's still a reeeeeeeeally cool game.

Still, even though I was pretty excited to get the GBA and play these cool-looking games, said excitement was always tempered by the other purple elephant in the room: the GameCube. I played Super Dodge Ball Advance until I was blue in the face, and dreaming of what Metroid was going to be like on this thing was super fun, but the impending GameCube launch really took the wind out of the GBA's sails a bit for me. I've always been more of a play-games-on-my-TV kind of guy. I dig my handhelds, but I almost always prefer to sit on my couch with a controller and play on a nice, big screen.

The GameCube was promising me 3D gaming that I actually wanted to be a part of. My heart may have belonged to 2D gaming, but there was no getting around the fact that I had been playing the Dreamcast for a while, and the thought of seeing Nintendo's games with that level of graphical quality eclipsed just about everything else. 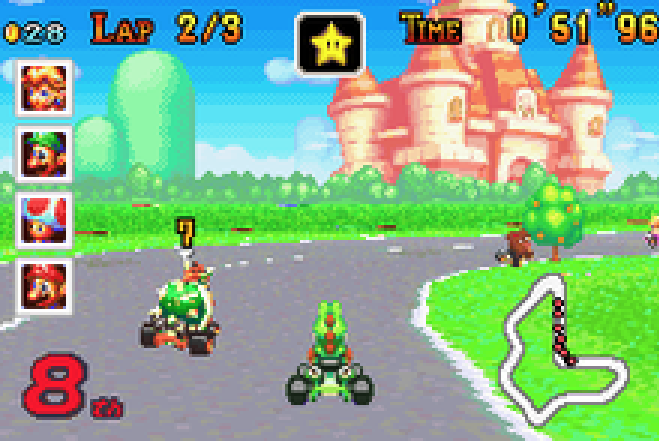 But when I could focus on the GBA, it was very easy to get wrapped back up in it. While my excitement for the GBA was a tad stifled by my GameCube hype, I was still one happy gamer the day I bought mine. Unlike every previous Nintendo platform though, I don't have much of a story connected to it. I still worked at FuncoLand, I had my purple system preordered, and I bought it the day it came out with little fanfare.

Of course what followed was a veritable cornucopia of incredible games that I sunk untold hours into. Remakes and originals alike graced my tiny non-backlit screen and just when I thought I had seen it all, someone would release something else crazy. Remember Boktai? The game that you played with the freaking sun? Then there was the Game Boy Advance SP, which might be one of the most perfect handheld devices ever released, especially for its time, the e-Reader which may have been dumb, but it brought me new Super Mario Bros. 3 levels, and the Game Boy Micro which was, well, pointless... But it sure was neat to have the option to play F-Zero on a screen the size of a postage stamp! 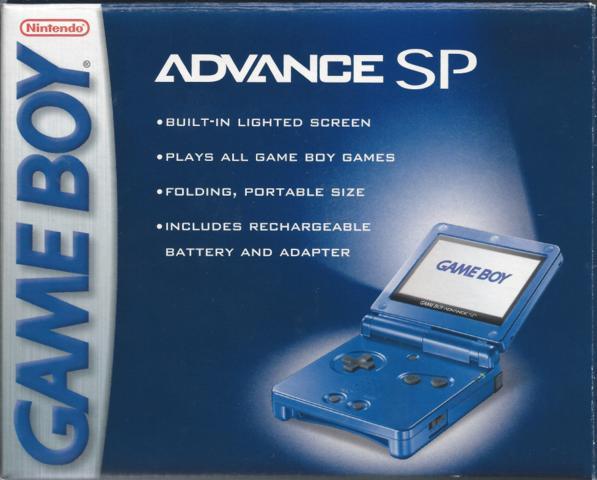 So why do I love my Game Boy Advance? I may not have appreciated it as much at the time thanks to my blinding hype for the GameCube, but I will always love my Game Boy Advance for keeping 2D gaming alive in a 3D world. There's no shortage of great 2D games on the market today, but back in the early 2000's you would be hard pressed to find more than a handful anywhere in the console space. Thank goodness for quality handhelds.

And once the GBA took off, developers couldn't ignore the platform's popularity, so folks really started putting effort into making great games for it, and thanks to the nature of the beast, those games weren't the latest first person shooters or 3D action games. They were 2D, and they were fantastic. Yeah, a lot of them were remasters of Super NES & Genesis games, but then there was stuff like The Legend of Zelda: The Minish Cap, the Castlevania trilogy, Metroid Fusion and Zero Mission, and Sonic the freaking Hedgehog! Sonic was finally on a Nintendo platform, and not only that, it was a return to 2D Sonic, and it was shockingly good! 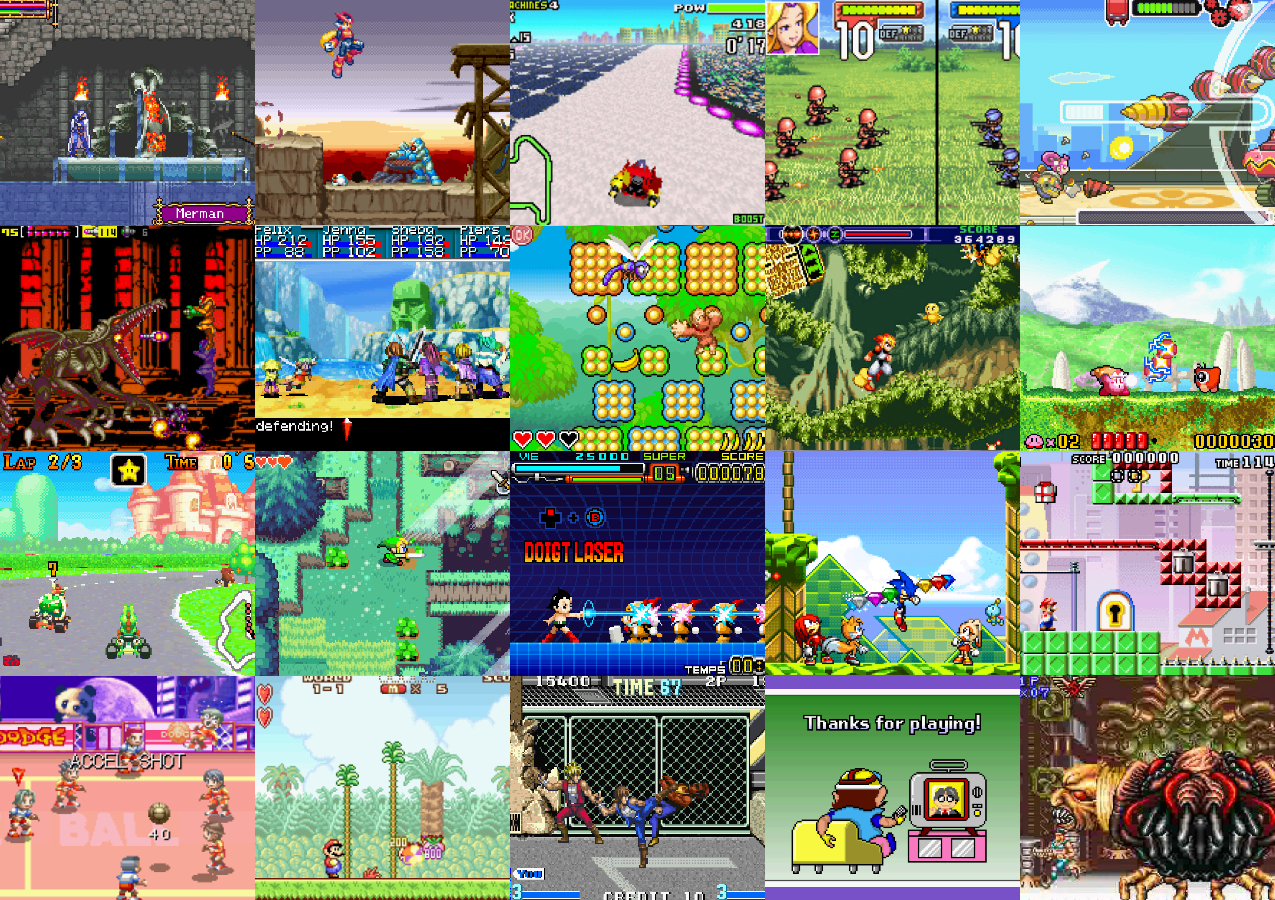 Nintendo handhelds remained the last bastion for quality 2D games for a long time, and the Game Boy Advance played host to some of the best there's ever been. It also spawned a handful of crazy new franchises like WarioWare and Golden Sun that are still very well loved today. Just a top notch system all around.