Similar to how things were going with the Game Boy before the Advance showed up, Nintendo's GBA hardware was starting to look a little long in the tooth by 2004. The thrill of having Super NES quality titles on the go was still pretty nice, but it was time to move on to something a little more powerful. Something that more closely resembled what 32/64-bit consoles were capable of, but with the benefit of being on a small screen so they wouldn't look so darn ugly. Nintendo felt the same way it seems, but instead of a new addition to their massively successful Game Boy line, they introduced us to their newest experiment. 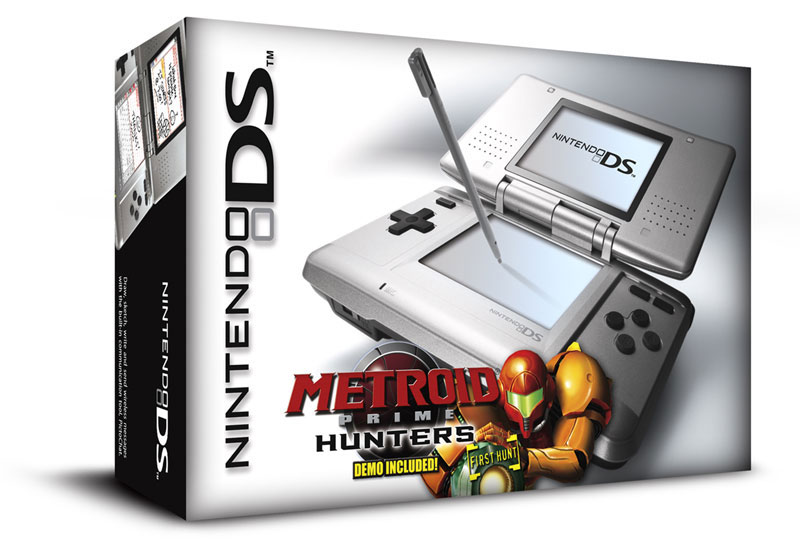 When they announced the Nintendo DS, I was as excited as I was confused. If this was going to be the successor to the Game Boy line, cool. I'm in. Except that's not how they billed it. I guess it was an effort to cover their butts in case it was a miserable flop, but they called the DS their "3rd pillar" which would stand on equal footing next to the Game Boy Advance and GameCube. This made me a little nervous since that would mean them actively creating content 3 platforms at once, which isn't something they've ever managed to successfully do before. Fortunately for everyone, the DS eventually took off like a freaking rocket and the GBA lived out the rest of its days in relative peace.

But that rocket took its jolly old time getting off the ground.

I was managing the Union City Game Crazy when the DS launched, and at least in my store, there was little in the way of fanfare. There was some really cool stuff coming down the pipeline for the wacky dual screened platform, but the fervor for the actual launch day wasn't exactly what you'd call crazed. For one, it wasn't the prettiest handheld on the block. The original DS was bulky, and about as far removed from the word "elegant" as a modern piece of consumer electronics could get. Second, Sony's vastly more powerful and attractive PSP would soon be hitting the market to obviously crush Nintendo's handheld domination once and for all the same way they had done in the home console market years before.

Me being the Nintendo fan I am, I had to have one on day one. Plus, a system this weird was just too enticing to pass up. I got the Virtual Boy at launch, after all. So launch day came and I bought... 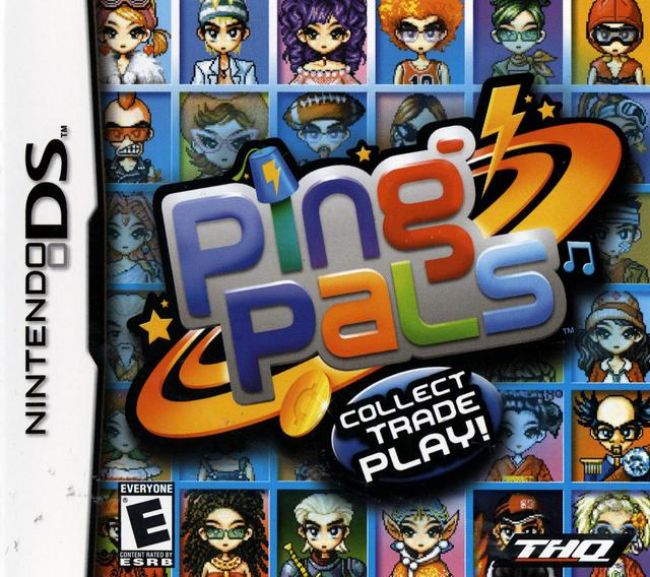 Don't worry, I didn't buy Ping Pals. Though THq has to be applauded for having the fortitude to release what is essentially the same thing as the free communication program built into the DS as a standalone title.

Nothing. I got nothing. I got the system itself, but I didn't buy a single launch game. Not one of them enticed me enough to warrant a purchase. I thought Feel the Magic was neat, but not worth the price of admission, and I played Super Mario 64 DS at work for a few minutes and decided that control scheme wasn't for me. Instead, I used my DS as a fancier replacement for my Game Boy Advance thanks to its backward compatibility and superior screen. I also enjoyed the heck out of my Metroid Prime Hunters: First Hunt demo.

I was fine because I knew cool stuff was coming. I knew Castlevania was on the way, and the full version of Metroid would be here eventually. And while it was a ridiculously slow burn at first, games that showed off what the DS could do gradually started showing their faces, and relentlessly good times were had. Dig Dug: Digging Strike, Elite Beat Agents, Phoenix Wright, Trauma Center, game after game showed me either an interesting way of using two screens, the touch screen on its own, or a combination of the two. The launch itself may have been dull, but the years that followed were anything but. 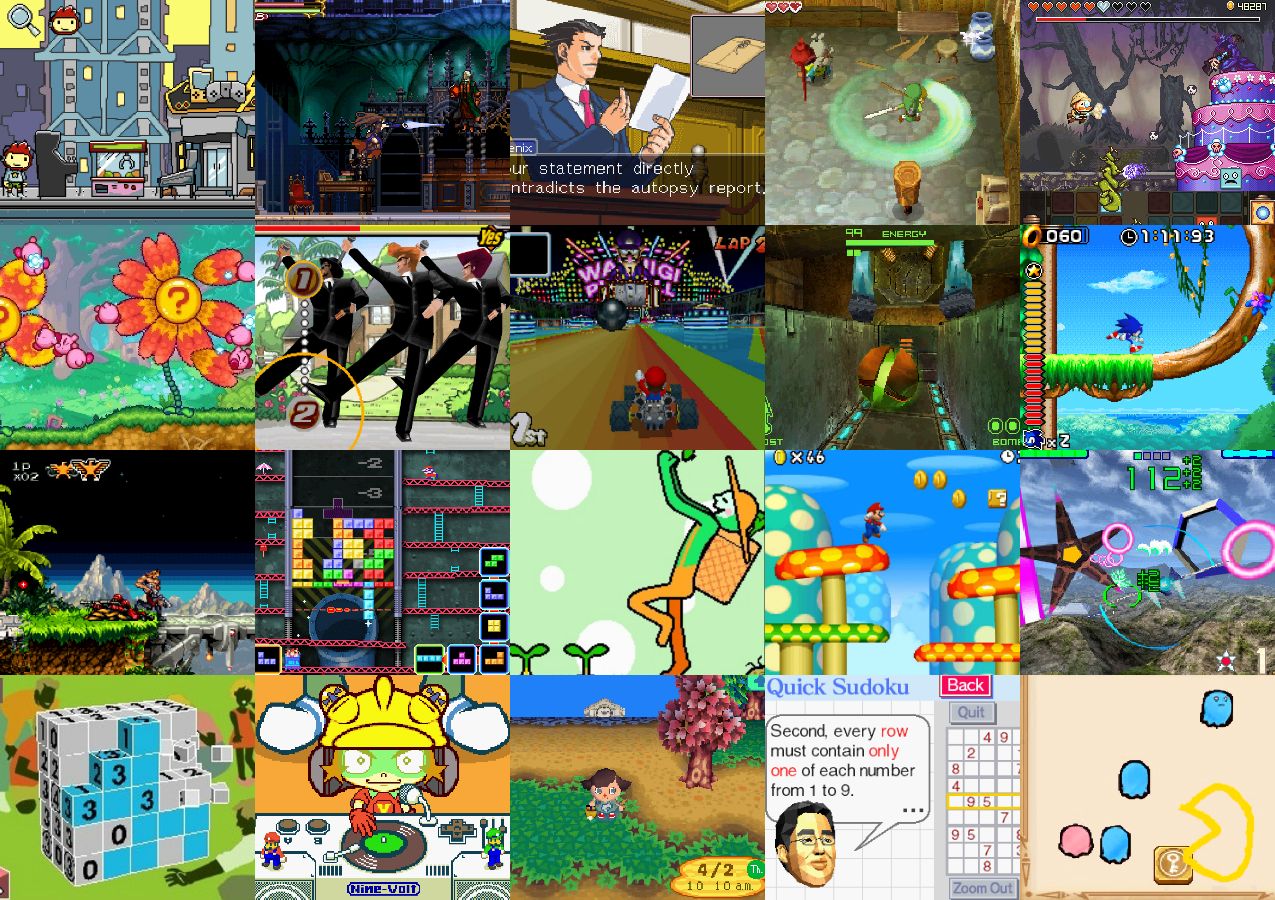 So why do I love my Nintendo DS? Because it showed me that no matter how sure a thing something might be, you can't predict the video game industry. I'm still in flabbergasted at the fact that the PSP lost this generation. The PlayStation brand was as close to gold as anything could possibly be. They had replaced Nintendo as the word synonymous with video games and, by nearly every account, the PSP was superior. And even against all that, the DS persevered.

Nintendo's insane new handheld was a seemingly limitless fountain of creative ideas where developers cranked out great game after great game. Not only that, but while the DS may have been inferior on paper, it was way better at being a handheld, especially when the phenomenal DS Lite revision hit the market. 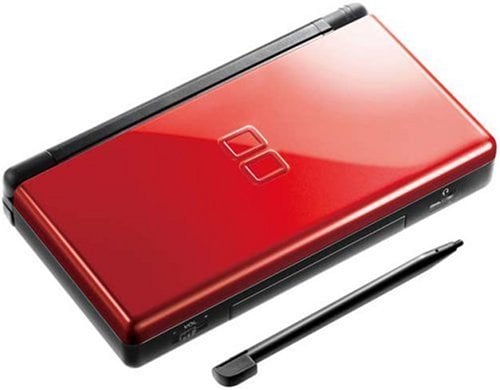 UMDs could store tons more data than DS cards, but spinning those discs cost valuable battery life. The PSP's screen was a work of art, but the DS's clamshell design was a built-in screen protector. The PSP may have delivered console-style games on the go, but the DS showed that at the end of the day, what people want on the go are games designed with portability in mind. In some ways it doesn't make sense, but having lived through it and seen what consumers actually thought of the platforms as they owned them, Nintendo's decisions were very clearly the right ones. And introducing games like Brain Age and Nintendogs, opening up the market to players who hadn't picked up a handheld since Tetris, sealed the deal and helped the Nintendo DS become the second best selling video game system of all time, just barely behind the PlayStation 2.

It shouldn't have worked, but it did, and it made for one heck of an interesting piece of video game history. What's your Nintendo DS story?