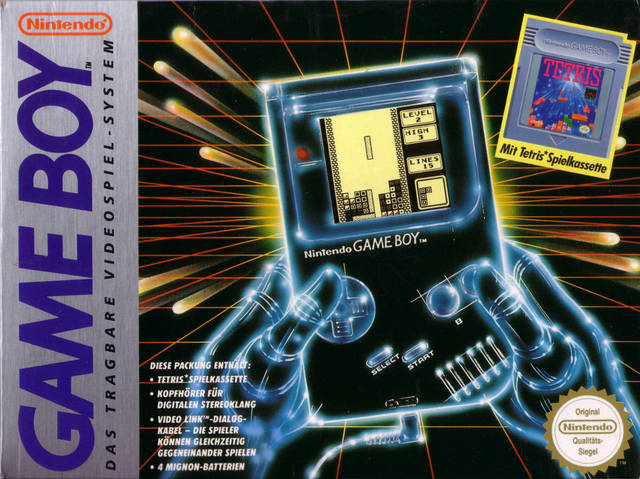 If that doesn't look like the future, I don\'t know what does. (I know it's in German, but it\'s the highest quality image I could find)

I didn't have my own subscription to Nintendo Power until I was in my 20s, so I didn't necessarily get to read issues as they came out, or even in order. The majority of my exposure to the magazine came from my friend Jeff, and I'm fairly certain that's where I first learned about the Game Boy. My recollection of this time in my life is a tad sketchy because it was obviously a long time ago, but if memory serves me right, I wasn't exactly dying to get my hands on one. Maybe I had convinced myself that there was no way my parents would be getting me one so there was no point in stressing about it, or maybe it was the fact that the graphics didn't look all that impressive. Maybe it was the name, who knows? All I know is I knew what a Game Boy was, and for some reason I didn't care as much as you'd think. I'm also assuming I didn't really get the concept because the first time I actually played one, any misconceptions I may have convinced myself of relating to me not absolutely needing to have one in my life flew right out of the window.

The Game Boy hit the US in 1989, which would put me somewhere in elementary school when I encountered one for the first time. I'm going to say 3rd or 4th grade. I remember the setting quite clearly. I went to Oceanville Elementary School, and since it was a remarkably old building and there were way too many students for the school to hold, there were these trailers set up outside where certain classes were held. I don't remember the circumstances, but this was a weird day where we got to watch a movie in school. The teacher wheeled in an old CRT on a cart and we watched a VHS copy of my favorite movie of all time, Teenage Mutant Ninja Turtles, and everyone was happy. The thing was, most of the kids I knew, like myself, had seen that movie hundreds of times, so a group of them gathered in the back of the room instead of watching the movie. I decided to wander back there to see what they were up to, and that's when I saw it.

A kid named Ryan had a Game Boy in his hands, and I immediately recognized it from Nintendo Power. Now, I wasn't exactly a popular kid. Few, if any, of these kids were really my friends, but among them was my neighbor Joey (yes, the same kid who introduced me to the NES). He told Ryan how big a Nintendo fan I was, and Ryan asked if I had ever played Super Mario Land. I remember thinking "Excuse me, Super Mario what now?" I knew the Game Boy was a portable Nintendo thing, but I didn't know there was a Mario game on it. (Again, I don't know how I managed to not know that, having seen Nintendo Power before.) I told him that while I was a gigantic Mario fan, I hadn't even heard of Super Mario Land. He put his Game Boy in my hands, told me not to break it, and went off to play with the cool kids. 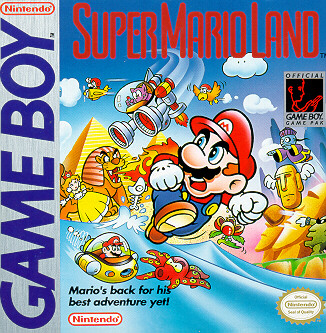 Easily one of my favorite game covers in video game history

It was the music that got me first. Hip Tanaka's Super Mario Land soundtrack is just as good, if not better, than Koji Kondo's iconic Super Mario Bros. score, and the moment I heard that music coming out of that tiny speaker, I was hooked. I marveled as I jumped on a turtle and it exploded instead of sliding across the screen. I stared wide-eyed as I got Superballs instead of fireballs. But most of all, I stepped back and realized that I was playing Mario, and I could do it anywhere I wanted, no TV required. When Ryan came to get his Game Boy back, I thanked him profusely for letting me use it. He brought it back to school a few times after that and let me play games like Tetris, The Castlevania Adventure, and Alleyway during recess. I was so jealous and so thankful at the same time. I needed to convince my parents to get me one as soon as humanly possible.

But I was unsuccessful at every turn. I am eternally grateful to my parents for their understanding of what video games meant to me. Where lots of other kids would zone out in front of the TV, I can only assume that they recognized that when I was gaming, my mind was more alive than ever. That said, I played a lot of video games, and there needed to be limits. They weren't interested in getting me video games I could play anywhere, so no Game Boy for me. I continued to play it at friends' houses and occasionally at school, but an actual original gray brick to call my own eluded me for a very long time. 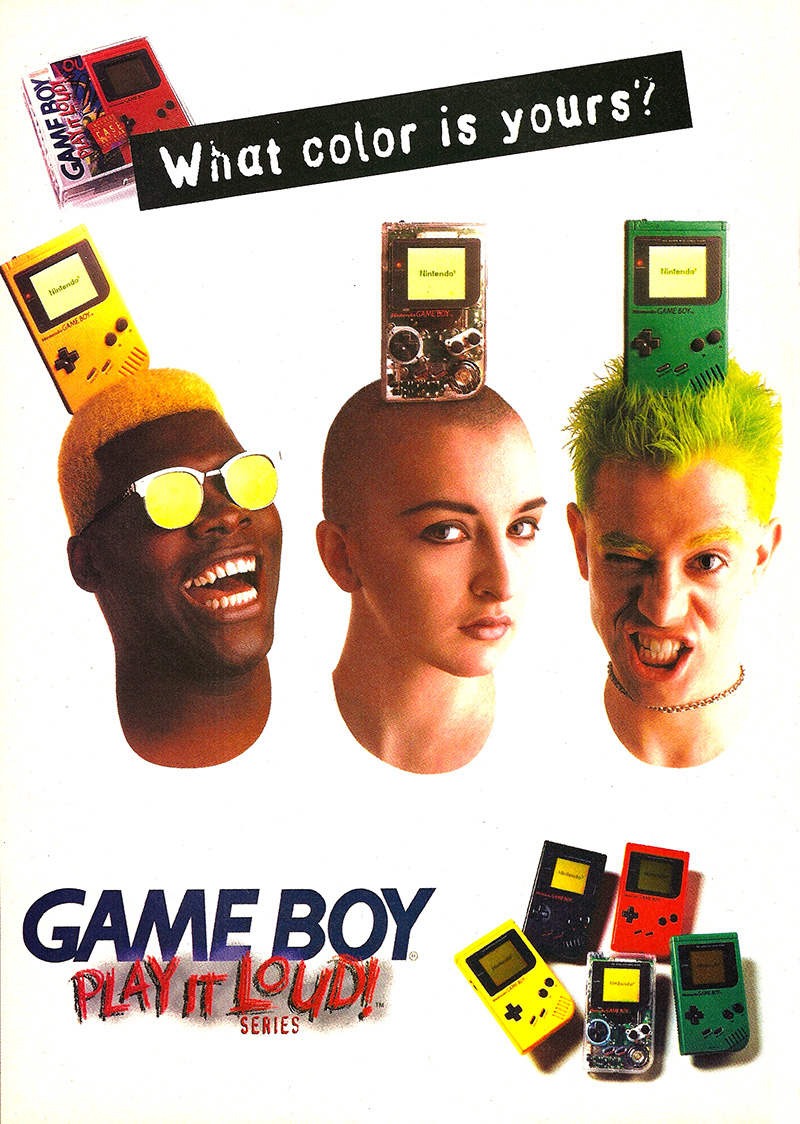 A colorful opportunity arose (once I had my own money to buy stuff with, that is)

It wasn't until 1995 that I finally got my very own Game Boy. It was I believe March, and Nintendo had just released their "Play it Loud" series of colored Game Boys. I had saved up some money and on a family trip to the local mall, I went into the Electronics Boutique and purchased myself a red Game Boy. It's ridiculous to think now about how absurd it was that Nintendo was still selling a system with a green dot matrix screen while Sega and Atari were struggling to sell VASTLY superior hardware. But here I was, finally buying my own Game Boy, and I picked up a short stack of the games I missed over the years, including Super Mario Land 1&2, Tetris, Alleyway, Link's Awakening, and the newly released Mario's Picross.

My parents were right to fear the Game Boy, because I took that thing everywhere, and I picked up as many great games as I could as often as I could. I never really got into Pokemon. Oddly enough, that one never really clicked with me. Certainly a large factor was my job at FuncoLand during the Pokemon Card craze and my subsequent desire to murder a Pikachu, but that's a story for another time.

I got the subsequent revisions as they came. The Game Boy Pocket's higher fidelity screen made my obsessive playing of Donkey Kong Land a far easier experience than it ever could have been on my original Red system, and when the Game Boy Color came along, well let's just say my love affair with Tetris DX was unforgettable. The original Game Boy and all its iterations provided me with countless hours of gaming in bed, in car trips until I got car sick, out on family vacations, in restaurants when I should have been socializing with friends, everywhere. And when they released the Super Game Boy and I could play these games on my TV? Absolutely nuts. 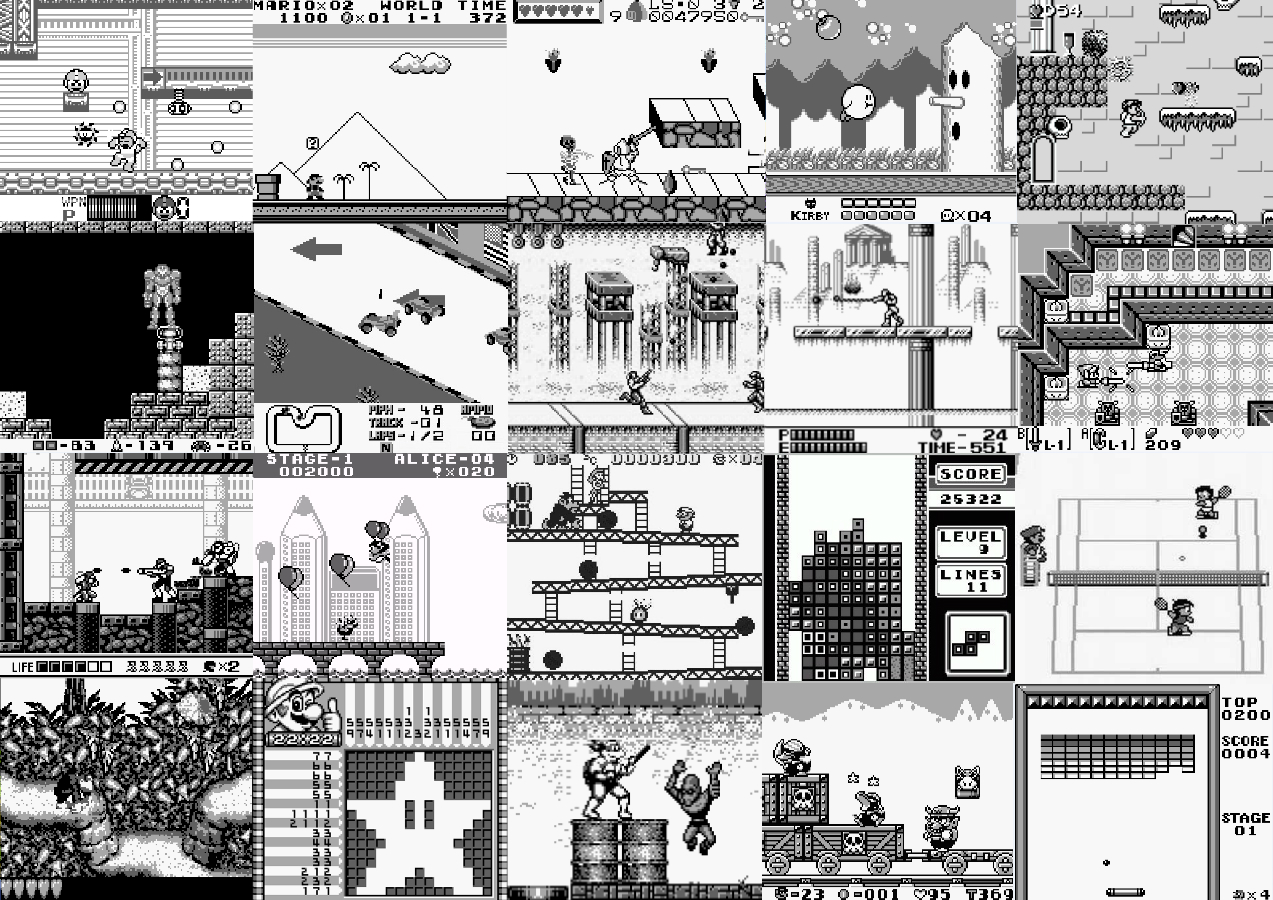 So many great portable adventures

So, why do I love my Game Boys? Like the NES, there are a ton of reasons, but if I had to choose one above all else, it was the weird sequels. Sometimes folks tried to simply replicate NES games on Game Boy, but by and large, the games I came to love on NES got completely original, and often times radically different incarnations on the Game Boy. Super Mario Land, Link's Awakening, Kid Icarus: of Myths and Monsters, Metroid II, Castlevania Adventure, Ninja Gaiden Shadow, Wizards & Warriors X: Fortress of Fear, Metal Gear Solid, Balloon Kid, Operation C, Mega Man in Dr. Wily's Revenge, Donkey Kong '94, the list goes on and on.

Of course the introduction of new staple characters born on the platform like Kirby, Wario, and Conker, or stuff like that unrealistically good port of Street Fighter Alpha on Game Boy Color are all reasons to love the Game Boy platform, but those weird sequels were what helped introduce me to the concept of an unpredictable Nintendo. I've always loved not knowing where the company was going, especially when I thought I did and they turned out to surprise me. The Game Boy was wonder itself in handheld form, and while I still wish I had gotten one of my own sooner, I'm incredibly thankful that I eventually got it at all, and got to play so, so many great games with it.