In 2009, James Cameron unleashed his movie Avatar onto the world, and with it came a newfound global fascination with 3D. In retrospect, both things were pretty dumb, but it was Avatar and 3D were the buzzwords of the time. Trouble was, 3D never really worked for me (except for very self contained things like a Viewmaster or the Virtual Boy). I don't see it very well, especially when I'm sitting in a movie theater and I have to put glasses on over my glasses. So when Nintendo announced the 3DS, I was skeptical at first. When I heard that the 3D didn't require glasses, I thought to myself "Wait, that can't be right.

It was, though. Nintendo had managed to pull off a consumer-ready device with glasses-free 3D, and it absolutely dazzled everyone who saw it. It was a gimmick, sure, but it was a great one that enticed people to pick up and try their newest handheld.

The successor to the immensely popular Nintendo DS was finally here, and it brought with it an analog pad, vastly superior graphics, cool new modes of communication, and a sleek design. There were 2 big problems though. First, there were almost no games for the thing. Second, it cost $249.99.

Yeah, you read that right. Nintendo's latest handheld cost more than its home console at the time. As you may recall, most folks weren't having it. It sold okay at first, but it quickly hit a brick wall. That 3D effect was pretty darn cool, but sitting next to the other consoles on the market at that price didn't do the thing any favors. Turns out that fancy 3D effect was the start of a trend for Nintendo too, as tying themselves to an expensive technology resulting in long-term detriment to their console happened again soon after, but we'll talk more about the Wii U another time.

Nintendo's way of solving their pricing issue. It was weird, but it was legendary.

They eventually fixed both the price and game issues, but in the beginning, at that price, with that game catalog, and my life circumstances the way they were, I was forced to make a tough decision. After a lot of consideration, I decided that this was going to be the first Nintendo system released during my adult life that I wouldn't get at launch. Honestly, their handhelds never held the same luster for me as their home consoles anyway. I'd get it eventually, but the money just wasn't there, and with no games at launch that I absolutely had to play, I was prepared to live with my decision.

Then, the strangest thing happened. Launch day came, and I wound up with a 3DS of my very own. And it came from a very unexpected source.

My wife and I had run into some bad luck for a while. Life was beating the ever-loving crap out of us, particularly in the realm of finances. I had been unemployed for a while, and I eventually took what I had planned on being a temporary position at a local comic book store. As far as comic book stores go, this place was a paradise. Seriously, it was meticulously organized, and positively brimming with back issues. They respected their product in a way that I had never seen a comic book store do before, and I thought it would be a fun job.

I won't go too deep into it, but that job turned out to be one of the most challenging experiences of my life. There were some incredible positives, and some equally terrible negatives. I learned a ton about running a business, how to handle an online presence, and I met some unforgettable people. Two of those people were the owners of the store.

To say that they were some of the most complicated personalities I have ever met would be an understatement. I have never before or since met people who exhibited positive and negative personality extremes to the extent they did. They were very proud people, sometimes to a fault, but no matter what, they always seemed to want to do right by me, and they succeeded at that many times over. They gave me a job when no one else would. They trusted me with things that they didn't normally trust anyone else with. They gave me responsibility that directly affected their business and their livelihood. I have more than a few overwhelmingly negative memories about the experience of working there, but they are mostly balanced out by some truly great stuff. Not the least of which includes a remarkable feat of generosity on their parts. 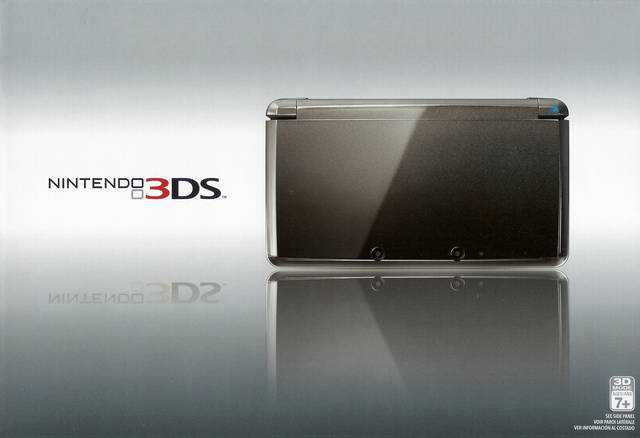 I love this simple, sleek style.

As a Nintendo nut, I wouldn't shut up about how cool I thought the 3DS was. When I started talking about how I wasn't going to be able to get a 3DS at launch though, they decided to go ahead and get one for me without my knowledge. On launch day, before I went home they kept me behind to talk to me for a moment. They busted out a gift bag and inside was a 3DS and Ocarina of Time 3D. They told me it was their way of saying "thank you" for all that I did around the place. It wasn't a birthday or Christmas present, it was just an incredible act of kindness for no other reason than to make me happy.

I don't know if they knew how much that meant to me, but I did my very best to express that to them at the time and in the months that followed. For good or ill, they were certainly the most memorable bosses I ever had, and were it not for that job and the people I met there, Geekade and the Stone Age Gamer Podcast wouldn't exist.

I have since played the crap out of my 3DS and eventual 3DS XL. I still haven't gotten myself a New 3DS, and I'm pretty sure I can live without it. But man, so many great games! A fantastic portable version of Super Street Fighter IV, VVVVVV, a new PilotWings, a new Animal Crossing, and for the love of Palutena an actual, real, tangible KID ICARUS SEQUEL. I downloaded so many games on that thing, and I still keep it next to my bed to this day. I can't remember the last time I turned on that 3D slider for more than a few seconds, but underneath that silly gimmick there was a complete powerhouse of a gaming machine with some of the best titles on any console in the last 10 years. 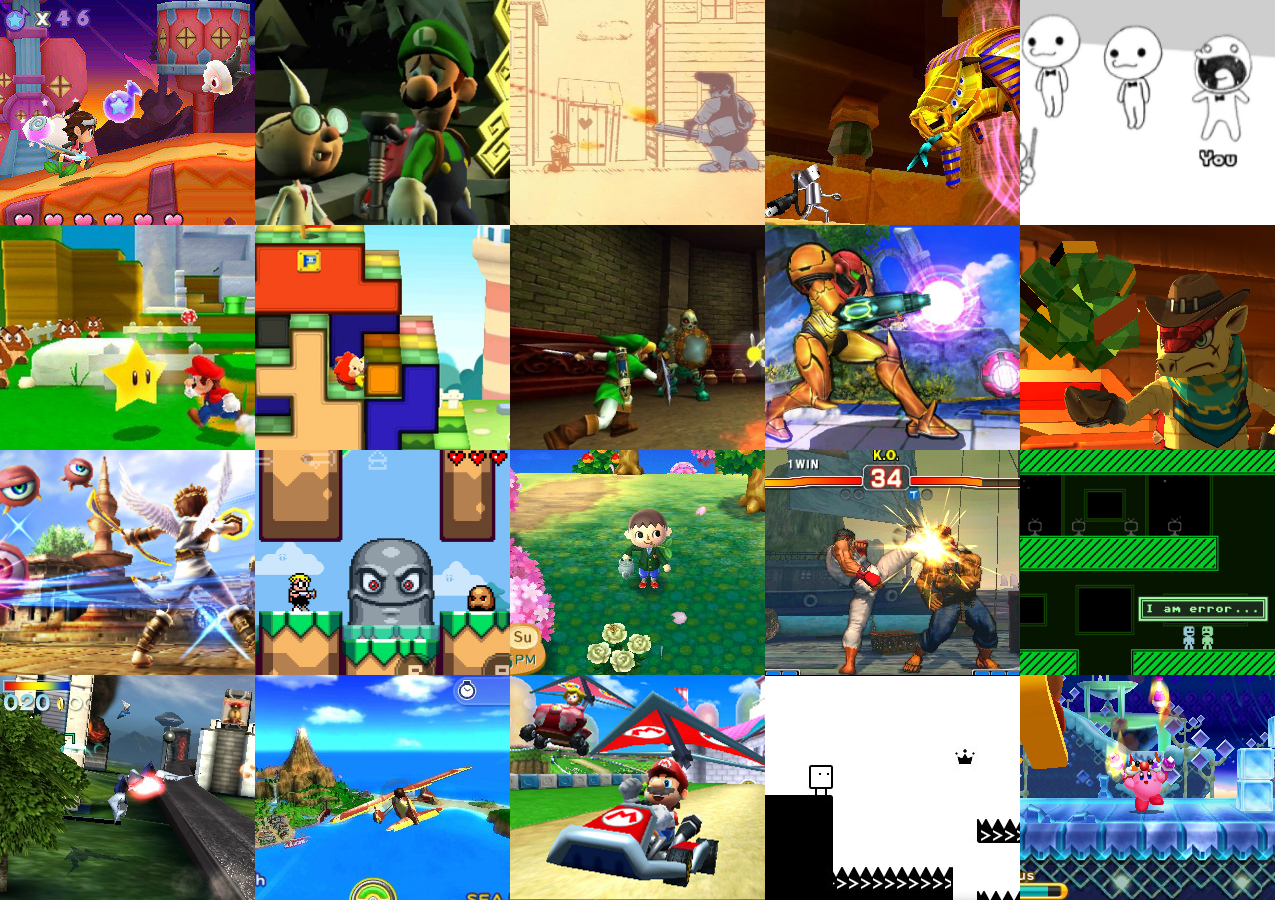 Note: This was made before Samus Returns was announced.

So why do I love my Nintendo 3DS? 2 words: Street Pass. I've had a lot of fun with my 3DS over the years, but the one thing that sticks out above all else is the incredible social nature of the thing. In case you don't know what Street Pass is, basically 3DS consoles communicate with one another wirelessly whenever they come within a certain range. No actual personal contact is necessary. You keep your 3DS in your pocket when you go out into the world, and when you get home you'll see a green light at the top. Everyone else who also had a 3DS with them will have their mii show up on your system and you'll get a little puzzle piece or something from them. It's simple, addictive, and it encouraged people to take their 3DSs with them wherever they went.

And for a time, they were everywhere. I always had mine on me at work, and I would always finish each day with a couple of new puzzle pieces or adventurers for Find Mii. They eventually added more minigames you could buy for street passing stuff, but it was the puzzle pieces that had me going the longest. I still look for them when I know I'm going somewhere populated. I seriously can not believe that the Switch doesn't have any sort of similar functionality, but maybe we'll see something in the future. It was a remarkable social experiment, and I think it was a complete success. It certainly was fun.