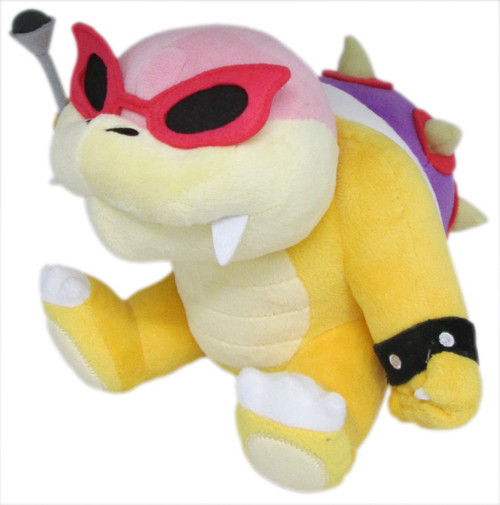 Roy Koopa (known as Bully Koopa in the cartoons) is part of the Koopalings, a seven-member clan that functions as Bowser's elites. Roy and his siblings are very loyal to Bowser and were originally depicted as his own children. He is the oldest Koopaling in the cartoons. From what has been revealed about Roy's personality, he is more brawn than brains, preferring brute force over thinking things through. Despite this gruff, tough-guy demeanor, Roy originally wore a pink shell and his upper face is pink, a likely reference to real men wear pink. He now wears a purple shell, referring to the Japanese color of death. Roy also wears hot pink sunglasses similar to his namesake, the legendary rock and roll musician, Roy Orbison.