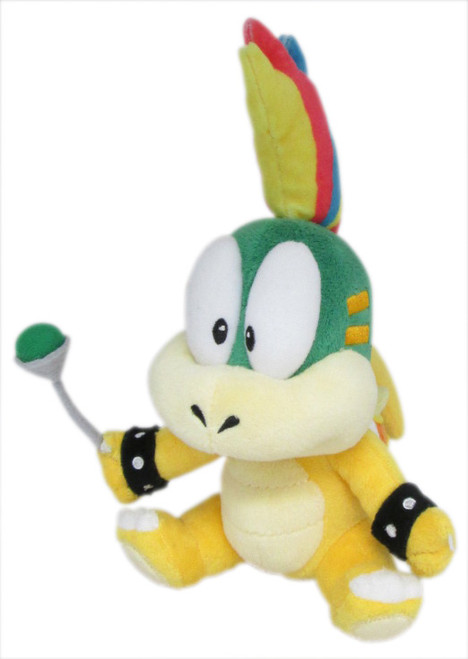 Lemmy Koopa (known as Hip Koopa in the cartoons) is a member of the seven-member clan known as the Koopalings. Lemmy and his siblings are very loyal to Bowser and were originally depicted as his own children. He is well recognized for his multicolored mohawk, crossed eyes, and the circus ball he balances atop in most appearances; his special abilities also deal with bouncy balls. Lemmy was named after Lemmy Kilmister, the lead singer and bass guitarist of the English heavy metal band Motorhead. He is often represented as a crazy, young child.