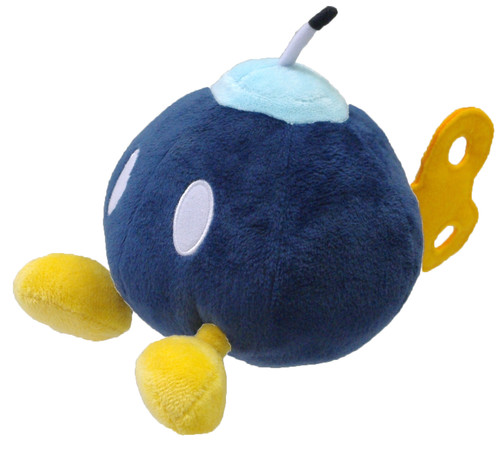 Bob-ombs (Sometimes referred to as Bomb-ombs) are living, moving mechanical bombs with eyes, feet, and a wind-up key in the back. They are generic enemies who first appeared in Super Mario Bros. 2, and have appeared in nearly every Mario game since then. Their appearance, intelligence, and status in relation to Mario differ widely from game to game. They are usually either blue or black, but some variations are pink or red. They will also flash red and sometimes make beeping sounds if they are about to explode. A common misreading of their name is Bomb-omb, but they are not called this in any official Mario game.