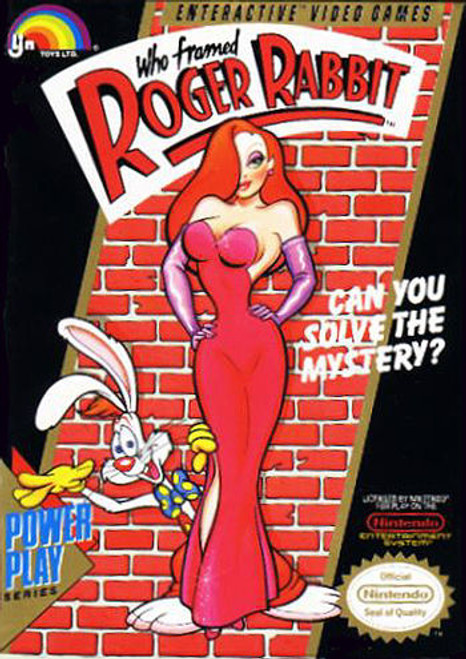 You play this game as the Private Investigator, Eddie Valliant, while Roger Rabbit wanders around the scenery behind you. Your job is to search the city for clues, items and punchlines to jokes which will be your only defense should the Weasels catch up to poor Roger. Except for these Weasels (and birds flying overhead), Roger is more or less invincible as a toon. That means for most of the gameplay, he will be ignored. Should the Weasels appear in an area with you however (with an alarm sounding as they get close), Roger will go bug-eyed and try to run away. It is then up to Eddie to keep the Weasels away from Roger or engage in knock-knock jokes should they happen to catch him.