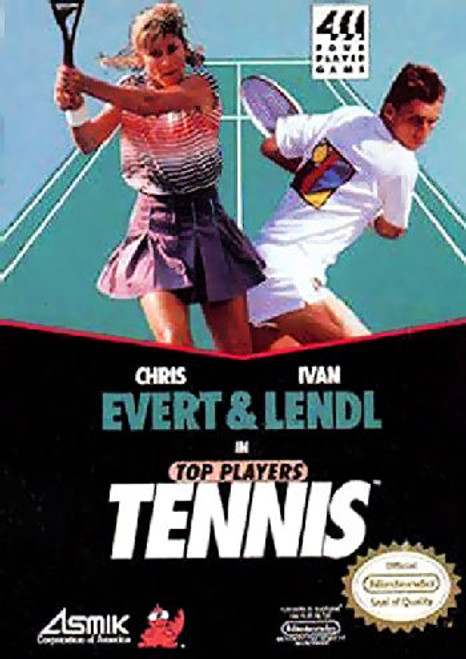 Top Players Tennis is a Tennis game, developed by Home Data and published by Asmik Corporation of America, which was released in 1990.
In single-player mode, the player may compete in the four Grand Slams: the Australian Open, the French Open, Wimbledon, and the US Open. To compete in the Grand Slams, the player must first win the qualifying tournament, the Asmik Open.
With a multiplayer console accessory such as the NES Satellite or NES Four Score, Top Players' Tennis accommodates up to four simultaneous players. Singles, doubles, or mixed doubles are all available for play.