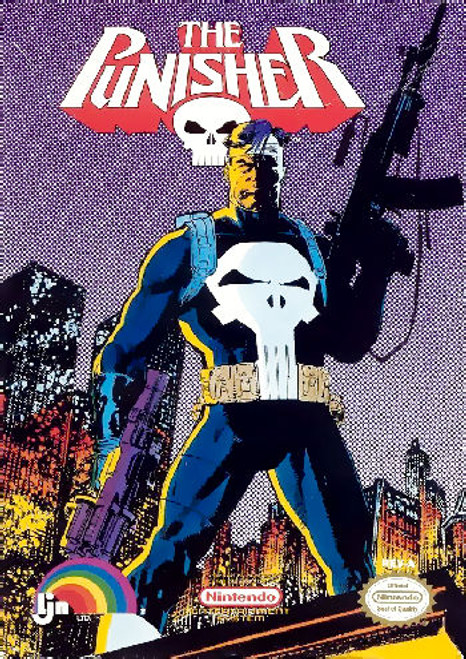 The Punisher NES Game - cartridge/disc only. Cleaned, tested and guaranteed to work!

Who says crime doesn't pay? Frank Castle - A.K.A The Punisher - does, that's who. A devoted family man and honored detective... until the mob changed all that. Now he's out to seek revenge as Marvel Comics' ultimate payback warrior! As The Punisher, you've got street smarts and an explosive arsenal of portable weaponry... from a clip-fed automatic pistol to a heavy-duty military assault rifle (not to mention the shoulder-mounted surface-to-surface rocket launcher). Your target: Kingpin - The BIGGEST of the big bosses. But first you've got to take on hundreds of thugs, hoods, felons and low-life criminals on each of the six challenging levels. This is real "arcade-style" action - and everything's a target! And don't forget, while you're out hunting them... they're out hunting you!