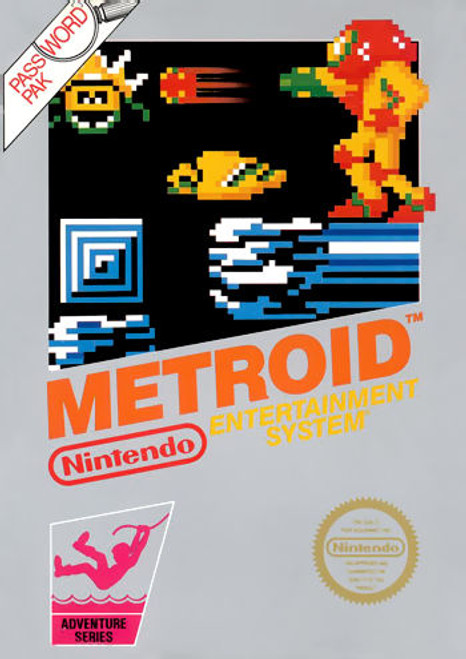 It's you against the evil Mother Brain in the thrilling battle of Metroid!

You’re inside the fortress planet Zebes. The planet of endless secret passageways where the Metroid are multiplying. Left alone the Metroid are harmless. But in the wrong hands they could destroy the galaxy. It’s up to you to prevent the Mother Brain that controls Zebes from using the Metroid for evil purposes. But that won’t be easy. You’ll have to use your spacesuit to absorb valuable energy for your search to gain the use of power items like the Ice Beam, Wave Beam, High Jump Boots and Varia. If you survive, it will be you and your acquired powers against the Mother Brain.

Worth Noting:
Metroid introduced nonlinear, side-scroller, maze-like, gameplay, in a platform, shooter. Metroid required players to discover permanent power-ups to progress further along; while backtracking through previously visited areas. The style is affectionately known as Metroid-vania' (Castlevania: Symphony of the Night being the second half to the term, mirrored the concept).

Metroid also used a password system to resume progression of the game (Before the addition of battery backups and save files in console cartridges). Additionally the password system could be used for cheat codes: 'JUSTIN BAILEY ------ ------' (Just in Ballet) being famous, would remove Samus' power suit and start the player with many of the power-ups and fairly progressed through the game.

Completing the game in time and with enough power-ups revealed different endings. At the end Samus removes the helmet or power suit (depending) to a reveal a shocking suprise that endeared the character and broke new ground in gaming.