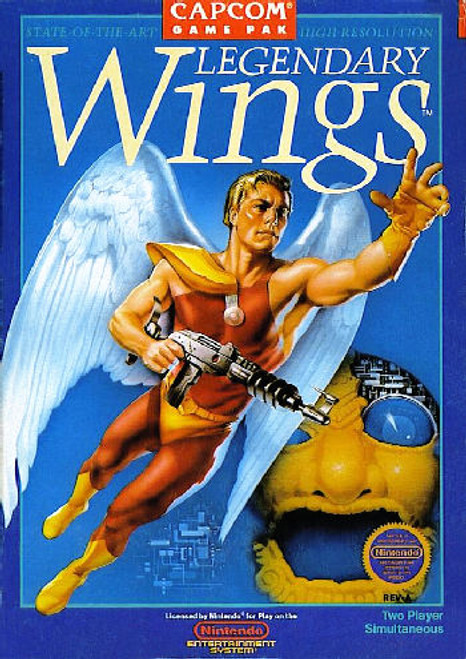 20,000 years in the future, mankind has built a giant supercomputer named DARK to rule the planet. For hundreds of years, DARK has governed with wisdom and justice. But now the unthinkable has happened: DARK is malfunctioning, and humanity is writhing in the grasp of a ruthless tyrant. DARK has built a fleet of robot warships to patrol the skies, and has created an army of mutant monsters to guard the underground bases from which he now terrorizes mankind. Lulled by hundreds of years of peace, the people of earth are defensless against the minions of DARK. But two brave young men, following an ancient legend of Greek mythology, have devised mechanical wings to bear them aloft in search of DARK's hidden fortress. Armed with the last remaining guns and missiles from a crumbling arsenal, you must fly them across the continents and oceans to seek out and destroy the cruel colossus! If you fail, mankind is lost. Take wing, Legendary Soldiers!