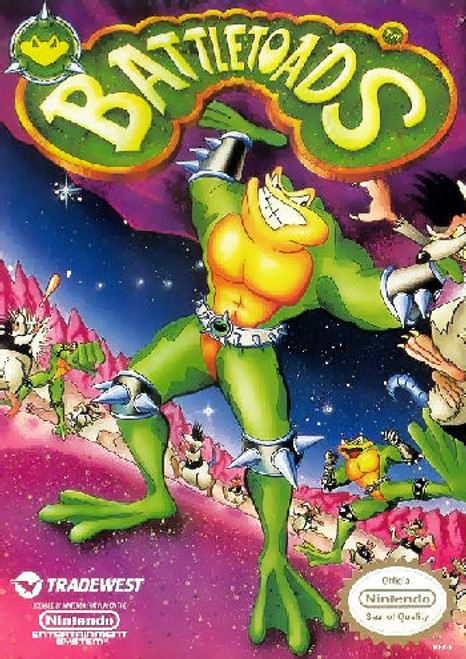 After her defeat by the Galactic Corporation at the battle of Canis Major, the evil Dark Queen and her renegade space troops retreat to the outer reaches of the universe, hiding out in dark spaces between the stars. Meanwhile, on board the spaceship Vulture, Professor T. Bird and the trio of Battletoads - Rash, Zitz and Pimple - are escorting the Princess Angelica back to her home planet, where her father, the Terran Emperor, awaits her safe arrival. Along the way, Pimple, the biggest Battletoad, takes Angelica out for a cruise in the Toadster to a nearby Leisure Station, but the Dark Queen ambushes them before they can get there, and they are kidnapped and carried away to Ragnarok's World, the Dark Queen's planet. Professor Bird sends remaining Battletoads down on Ragnarok to save Pimple and Angelica, but it will be a hard battle against planet's dangerous environments, traps and Dark Queen's troops. They have to go a long way from the planet's rough surface to deep caves and landed Gargantua and ultimately to the Tower of Shadows, where the Dark Queen awaits.