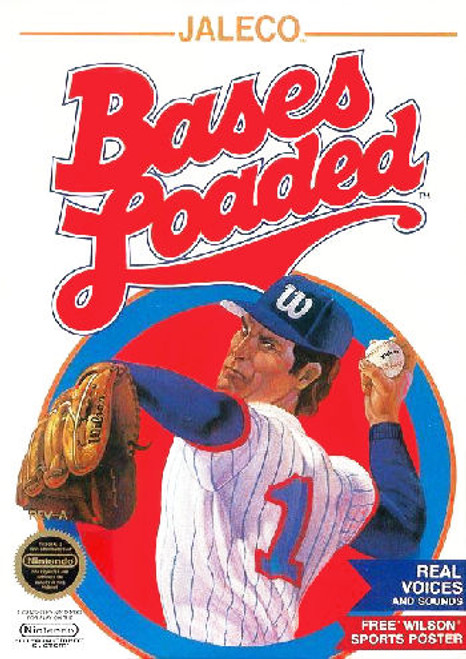 The game allows the player to control one of 12 teams in either a single game or a full season. For single games, there is also a two-player option.
Bases Loaded featured a unique television-style depiction of the pitcher-batter matchup, as well as strong play control and a relatively high degree of realism, which made it one of the most popular baseball games of the early NES.
One unique feature of the game is that the pitcher can provoke a batter to charge the mound. Each team has only one batter (usually the team's best hitter) who can be provoked in this manner, however; it is up to the player to discover who it is.
At the time Bases Loaded was released, few video games were licensed by major league sports. Therefore, the league depicted in Bases Loaded is a fictitious league of twelve teams