Welcome to The Franchise Report, where we take a look at a 3rd party game publisher and see how their biggest franchises are doing these days. We continue this time with Sega. Once one of the biggest names in video game hardware, this now 3rd party publisher has had its share of ups and downs. Let’s see how some of their properties are doing.

The State of Service Games

Sega holds a pretty special place in the hearts of gamers of a certain age. They’ve also solidified themselves in the gaming space with more recent hits as well, but it’s their classic stuff that really made them who they are. They’ve acquired a number of studios over the years, most notably Atlus, but the focus here is strictly on the Sega side of things. The properties that are associated with the classic console maker. We all know Sonic and Yakuza are fine. ToeJam & Earl and Streets of Rage just had some pretty high profile releases too, so we’re just going to focus on the franchises that are in some way in question. Let’s get to work! 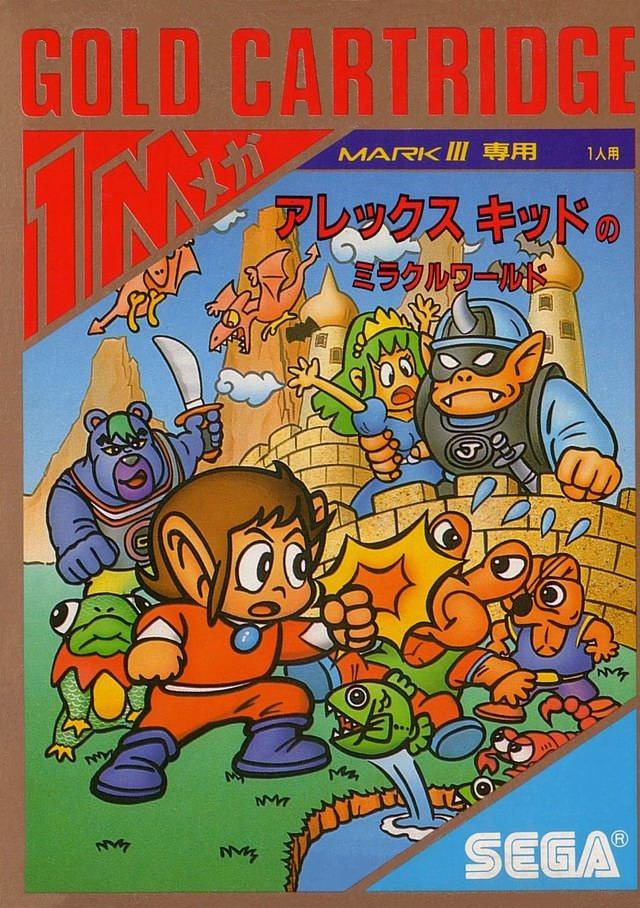 Originally positioned to be Sega’s primary mascot character, Alex Kidd has had quite a career. Well, at least a couple of decades ago he did. From 1986 to 1990, Alex Kidd saw a whopping six releases. His games were pretty well-loved, but they never quite hit the highs of the competing Super Mario series. Still, Kidd’s games displayed a striking level of creativity, including crossing over into other Sega properties like in his last new release, 1990’s Alex Kidd in Shinobi World for Sega Master System.

While that was his last original game, things started moving again for Kidd when he appeared as a playable character in 2010’s Sonic & Sega All-Stars Racing, and again in 2012’s Sonic All-Stars Racing: Transformed. Things got a little quiet for another couple of years, but then just last year we saw the release of Alex Kidd in Miracle World DX for modern platforms. It was just a remake of the original game, but it was a rather nice-looking one, and people seemed to like it okay.

Alex Kidd isn’t out of the woods, but his recent remake does put a little glimmer of hope into the future of his career. Wonder Boy experienced a similar boost after his recent remake, so it’s possible Alex Kidd could see more releases in the future, but seeing as the DX game wasn’t exactly a sales powerhouse, it could really go either way. 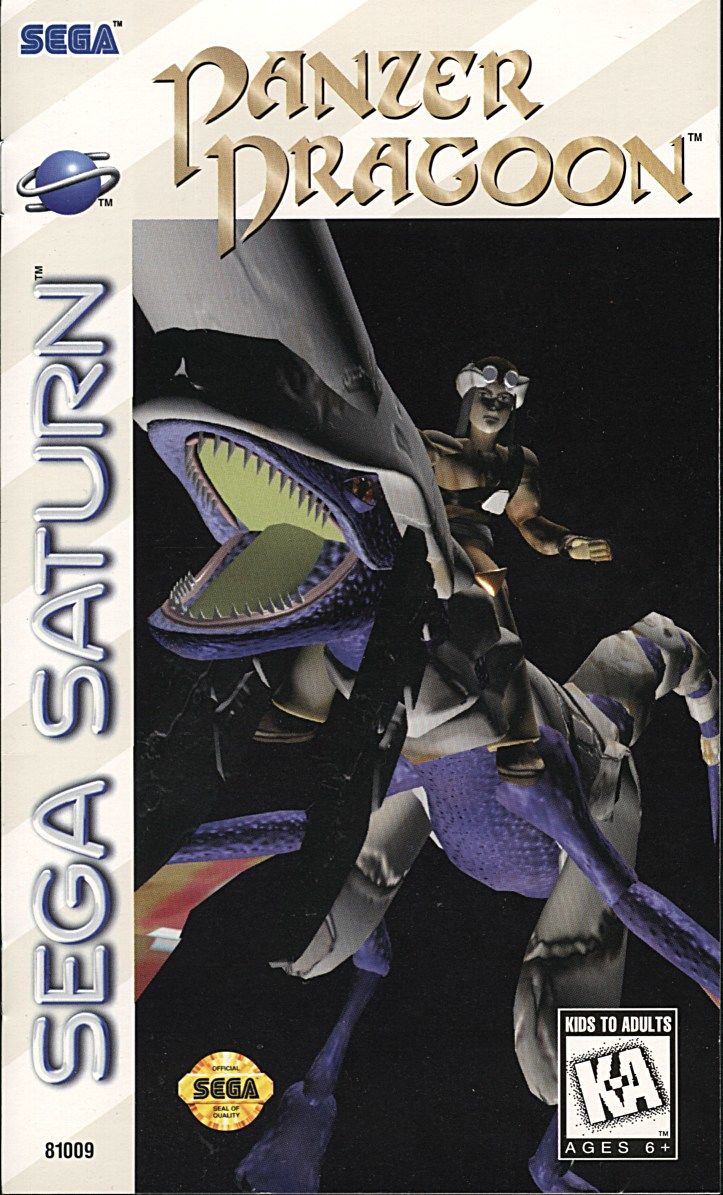 The original poster child for the potential of the Sega Saturn, Panzer Dragoon is as beloved among its fans as its name is weird. In a time when Sega needed all the firepower it could muster against Sony’s encroaching PlayStation, the original Panzer Dragoon was a visual showpiece that drew attention to Saturn kiosks in electronics and toy stores across the country. In case you’ve never actually played it before, Panzer Dragoon is a rail shooter similar to Star Fox where you control a person riding a dragon and blowing stuff up. It’s got a very unique sense of style both in terms of visuals and sound, and it’s incredibly fun to play.

There was also a somewhat legendary offshoot entry called Panzer Dragoon Saga that turned the series into an incredibly ambitious RPG, but that released pretty late into the Saturn’s life and failed to catch on, despite fans and critics alike declaring its brilliance.

Just like Alex Kidd, Panzer Dragoon went silent for a very long time. The last original entry was Panzer Dragoon Orta for Xbox in 2002, though there was an unofficial spiritual successor called Crimson Dragon in 2013 which was created by several key members of the original Panzer Dragoon team, but the reviews for the game were middling at best, and it failed to recapture the same spirit and notoriety of the original series.

What makes it somewhat healthy is another similarity to Alex Kidd, a recent remake. Besides also being included in the Sonic & Sega All-Stars series to a degree, the first Panzer Dragoon game got a full on remake for modern consoles in 2020. It garnered a decent amount of attention, but the overall consensus was that the quality wasn’t quite where it should have been considering the franchise’s pedigree for technical excellence. Still, the bones of the game held true, and the remake became a moderate success. MegaPixel Studios, the company behind the remake, have said that a remake of Panzer Dragoon II: Zwei is also in the works, but any actual proof of that project’s existence hasn’t been seen by the public. Time will tell on this one. 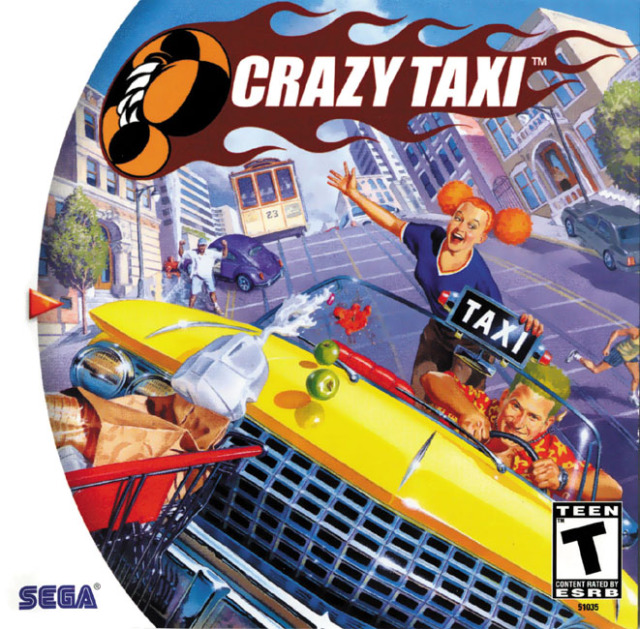 Crazy Taxi was an instant arcade hit when it released in 1999. Honestly, with a premise like that, how could it not be? It was ridiculously fun, easy to understand, super loud, and looked fantastic. When it was ported to Dreamcast the following year, it became one of the console’s killer apps. Everyone wanted to rock out to The Offspring and get people to their destinations as quickly as possible, rules of the road be damned. A Dreamcast sequel followed, and an Xbox-exclusive third entry came after that in 2002.

Crazy Taxi has actually endured pretty well over the years following the Xbox threequel, though none of the follow ups were quite as high profile. Following a couple of handheld outings on the Game Boy Advance and PSP, the franchise found a new home on mobile platforms with its most recent release being Crazy Taxi Tycoon in 2017. It’s been 5 years since that release, and way longer since there’s been a proper numbered entry on a home console, but if Cruis'n can make a comeback, Crazy Taxi shouldn’t have a problem at all once its inevitable reboot comes rolling along. Nothing is confirmed of course, but I’d be surprised if the brand stays quiet for another 5 years. 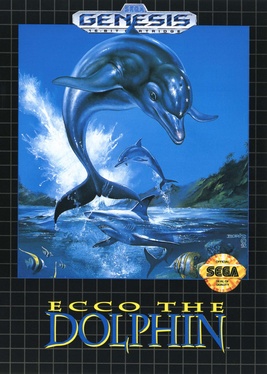 What a weird game this is. Still, this magnificently bizarre little adventure about a time traveling dolphin made some serious waves when it was released, and branched out to become a real franchise for Sega. There was a direct followup on Genesis as well as an edutainment title called Ecco Jr., and then two more edutainment Ecco games for Sega’s Pico. Both of the original Genesis games were also ported to Sega CD, which showcased original CD-quality soundtracks as a major selling point.

The last original game in the series was Ecco the Dolphin: Defender of the Future for Sega Dreamcast, which itself saw a port to the PlayStation 2. That was back in 2002 though, and things have been mostly quiet on the dolphin front since.

Health rating: Not great, but could be worse.

The game’s original creator has been expressing some interest in reviving the franchise for a while now, and reached some sort of settlement with Sega to use the characters and title, maybe? The details are kind of unclear there. He started a Kickstarter to create a spiritual successor similar to what happened with Castlevania, but it didn't get funded. Said spiritual successor seems to have some ties to the Intellivision Amico now, which if you’ve been following the news on that front, doesn’t bode well either. Still, as a brand it clearly hasn’t been forgotten regardless of the lack of new content, so that’s something. 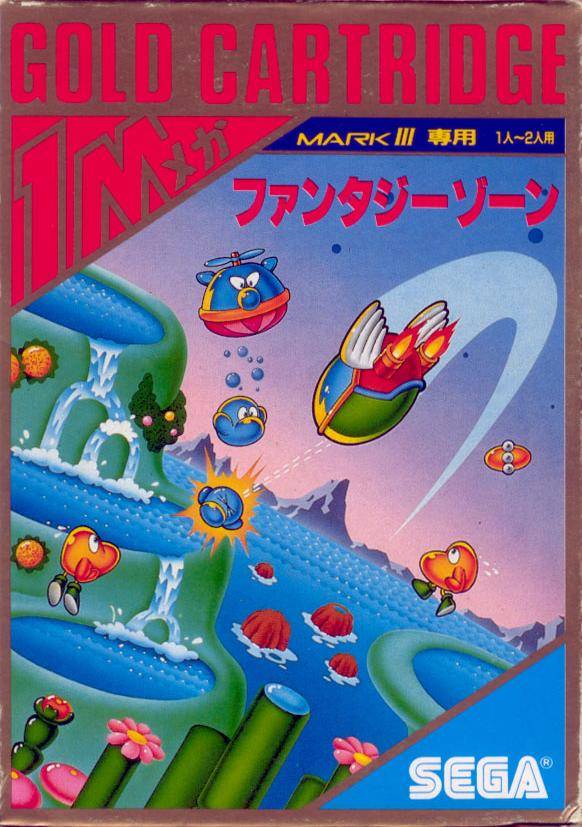 One of the pioneers of the cute-em-up genre, the tough-as-nails Fantasy Zone has been a pretty well-loved Sega property since the Master System days. It saw a couple of sequels on Master System, Game Gear, and Genesis, but then things went pretty much silent outside of collections and remasters.

Health rating: Not great, but could be worse.

The series mascot Opa Opa appeared in those Sega racing games I mentioned earlier, which was great to see, but the most recent news in the world of Fantasy Zone came in 2020 with a game called Endless Zone. It was “inspired by” Fantasy Zone, and looks like it played pretty much just like it, though it has a more drab sci-fi look instead of the insane colors of the original series. It was also only available on Steam for 4 days as a part of Sega’s 60th anniversary celebration, which was certainly a choice. No word on if we’ll ever see any of those 60th anniversary games again.

Clearly the brand hasn't been completely forgotten, but given the world it takes place in it’s a real shame Fantasy Zone hasn’t been explored more in modern times. As it stands though, it doesn’t look like Sega has any plans to do anything interesting with it anytime soon.

And that’s going to wrap it up for now, but we’ll be back soon with another volume of The Franchise Report looking at the state of other notable Sega franchises.