Welcome to The Franchise Report, where we take a look at a 3rd party game developer and see how their biggest franchises are doing these days. We continue this fan favorite Rare. Their standing has changed considerably since being purchased by Microsoft, but they still own several beloved brands. Let’s see what they’ve been up to. 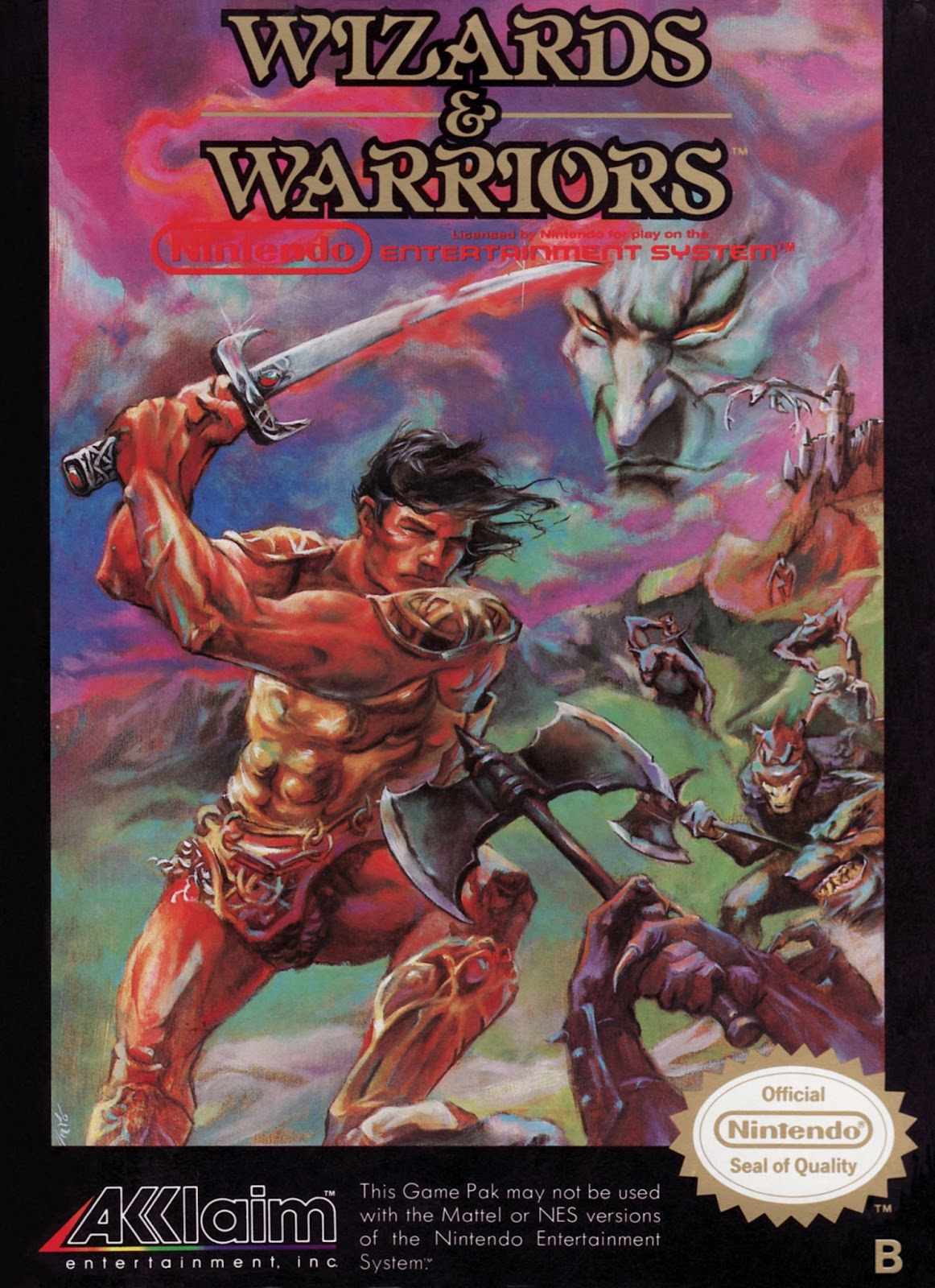 This series was kind of a big deal back in the NES days. It got 3 home console releases, a Game Boy spinoff, and the main character Kuros even appeared in a super weird Saturday Morning cartoon.

Rare didn’t actually own the Wizards & Warriors brand, though. That honor went to Acclaim, which as you may know is no longer around. The rights were sold off to Throwback Entertainment, where they remain unused.

That hurts to write, but when Rare Replay released without so much as a whiff of any Wizards & Warriors content, that pretty much sealed the deal. 1992’s Wizards & Warriors III: Kuros, Visions of Power was the last release in the series. There was actually a planned sequel in the works called LasterSword that sent Kuros to the future, but that never materialized, and it’s incredibly unlikely it ever will. 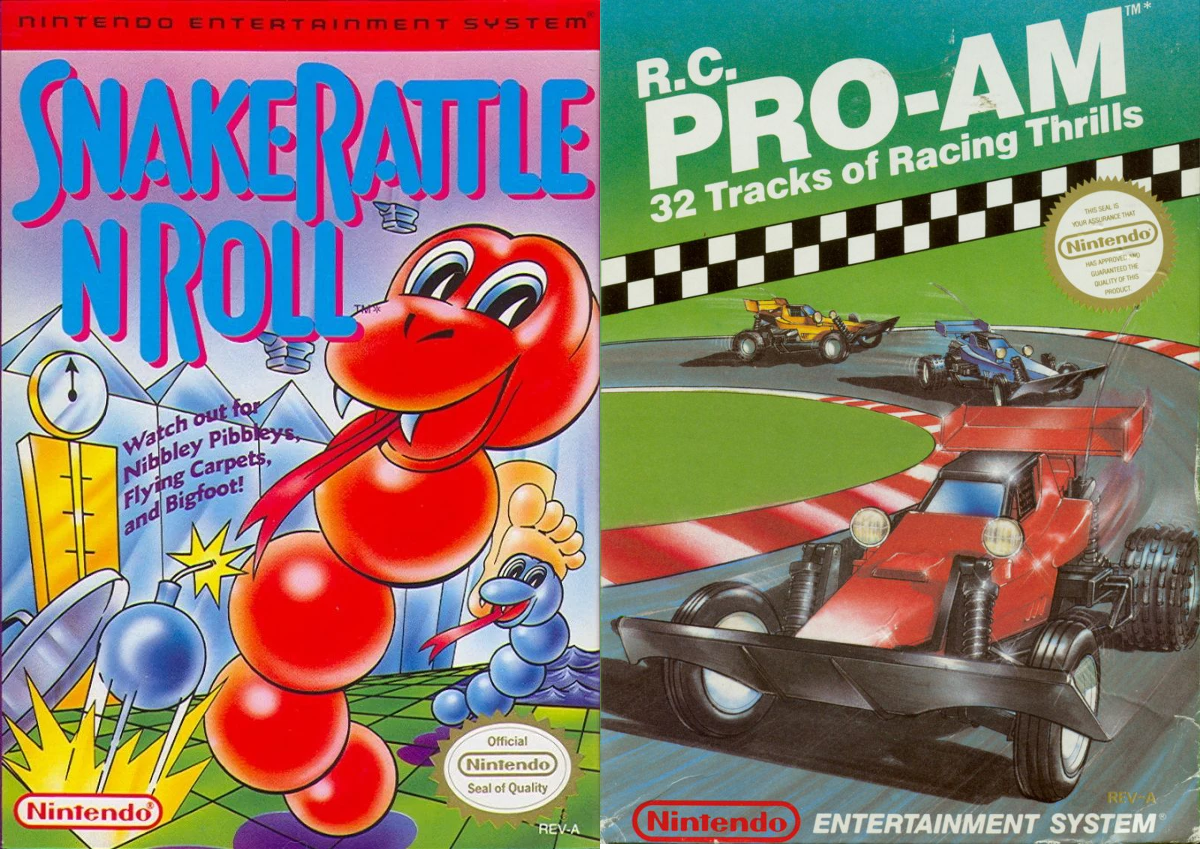 These two games have very little in common from a gameplay perspective, but they both started out as Nintendo-published NES games, both got Game Boy followups, both had their original entries ported to the Sega Genesis, and both pretty much petered out after that. RC Pro Am did actually get a rather fantastic NES sequel in 1992, but it didn’t see a whole lot of circulation and is one of the more uncommon NES games out there. Aside from that, it’s been basically nothing.

Health rating: Not so great

These two series are a little better off than Wizards & Warriors since they’re wholly owned by Rare, but their most recent entries came in 1992 and 1993, and those were just their enhanced 16-bit ports. Neither series has had anything resembling a proper new game since then, which makes them seem like brands that have simply been left behind. They are currently available in Rare Replay though, and that ain't nothing! 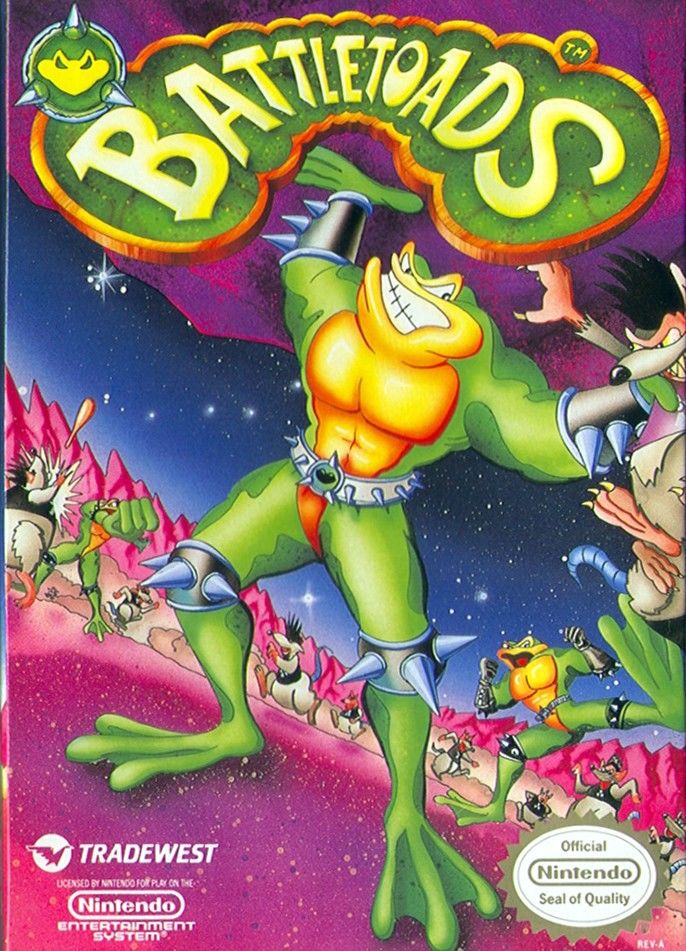 Rare’s answer to the Teenage Mutant Ninja Turtles was huge. Batletoads once again saw Rare pushing the NES to its limits, with a killer soundtrack, amazing visuals, and some absolutely insane character designs. It spawned a number of sequels and spinoffs over the years before going dormant for over a decade following Rare’s purchase by Microsoft.

The Toads mounted a nice little comeback a few years ago, first in the form of a couple of high profile cameos in Killer Instinct and Shovel Knight, and then with the release of 2020’s Battletoads for Xbox One. That game didn’t really seem to take off quite as well as Microsoft had hoped though. Hopefully it won’t be another long stretch of time before we get to see them in action again. 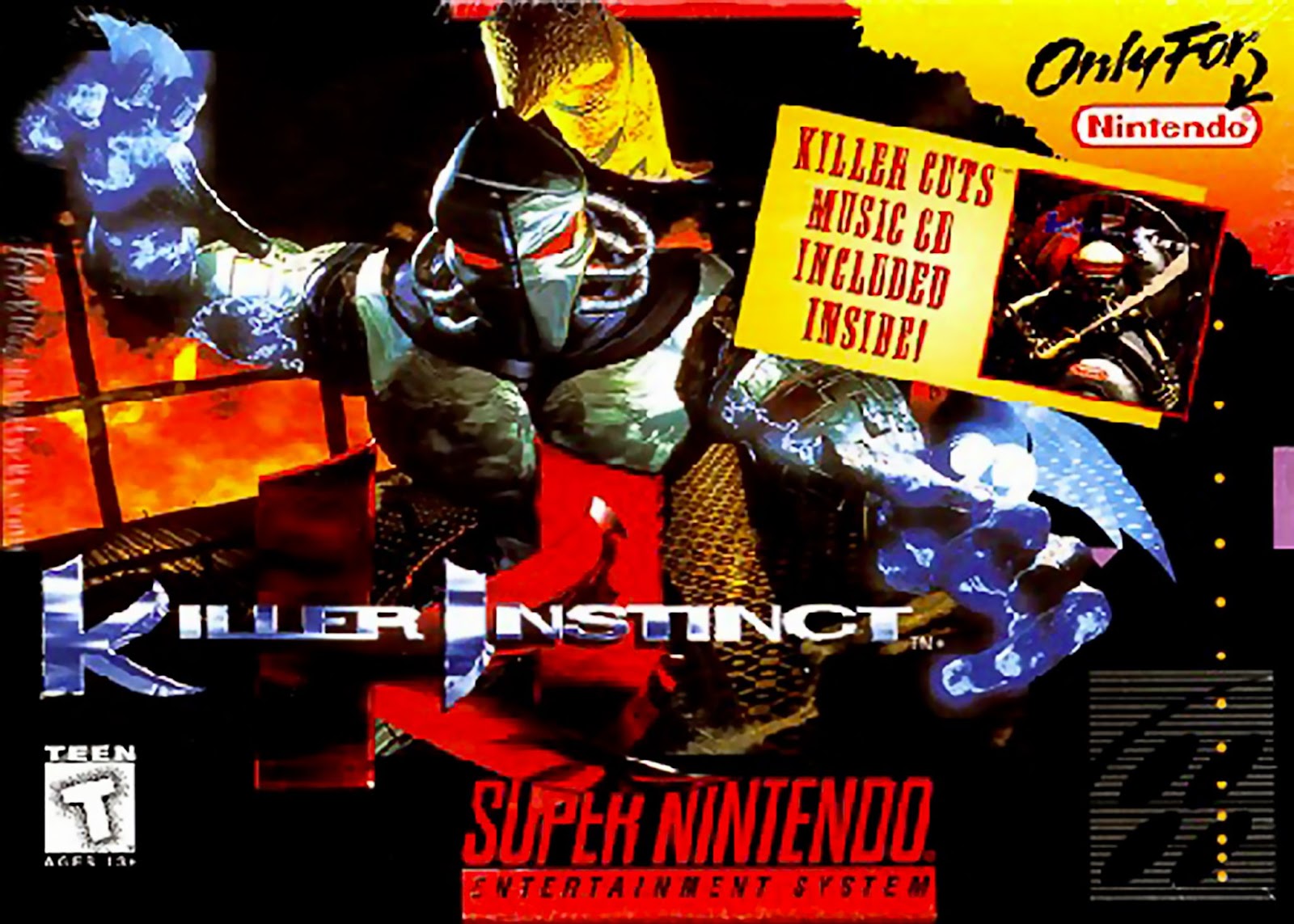 In a world where 3D fighters were the hot new thing in arcades, Killer Instinct beat down the door with a super flashy, loud, fun fighting 2D fighter called Killer Instinct. It was a massive success for Nintendo, both in arcades and its surprisingly fantastic Super NES home console port.

The game only saw one sequel, which was a pretty sizable success on its own, before going dormant for way too long.

Like Battletoads, Killer Instinct saw a modern revival in 2013 on the Xbox One, and boy was that a cool game. It had a rocky start with a free to play model that threw players off a bit, and some rather silly character redesigns, but the heart was there, ,and it was ultimately just a whole heck of a lot of fun to play.

That was the last game in the series so far, but there have been some light rumblings of interest out there in creating a sequel sometime, though nothing official has been announced. It seems Killer Instinct should be fine. 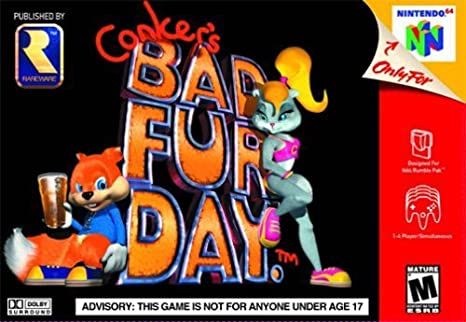 Rare’s foul-mouthed squirrel has led an interesting life. He actually started as an adorable doe-eyed protagonist very much aimed at kids. He even appeared in this original form in Diddy Kong Racing for N64 and Conker’s Pocket Tales for Game Boy Color before having his big proper debut title, Twelve Tails: Conker 64, scrapped and reworked into the now legendary Conker’s Bad Fur Day.

That game was met with plenty of fan fervor, but very little in terms of sales since it was released on the Nintendo 64, a console most people associated with being or kids, and it came pretty late in its life when most had abandoned the platform in favor of the PlayStation.

After the Microsoft buyout, Rare remade Bad Fur day for Xbox. Sadly, much of the humor that was timely in the N64 release was already pretty dated by 2005, and it was inexplicably far more censored, which didn’t sit well with fans and critics alike.

It’s hard to tell where Conker stands these days. People have been begging for a sequel forever, and the closest we’ve ever gotten is a weird episodic adventure built into the game Project Spark called Conker’s Big Reunion. Only the first chapter ever saw release, presumably since nobody bought Project Spark to begin with.

The original N64 version of the game was included in Rare Replay though, which was nice, but as for a proper followup to Bad Fur Day, we’re all still waiting. The character clearly hasn’t been forgotten, but it seems Rare and Microsoft don’t exactly know what to do with him. 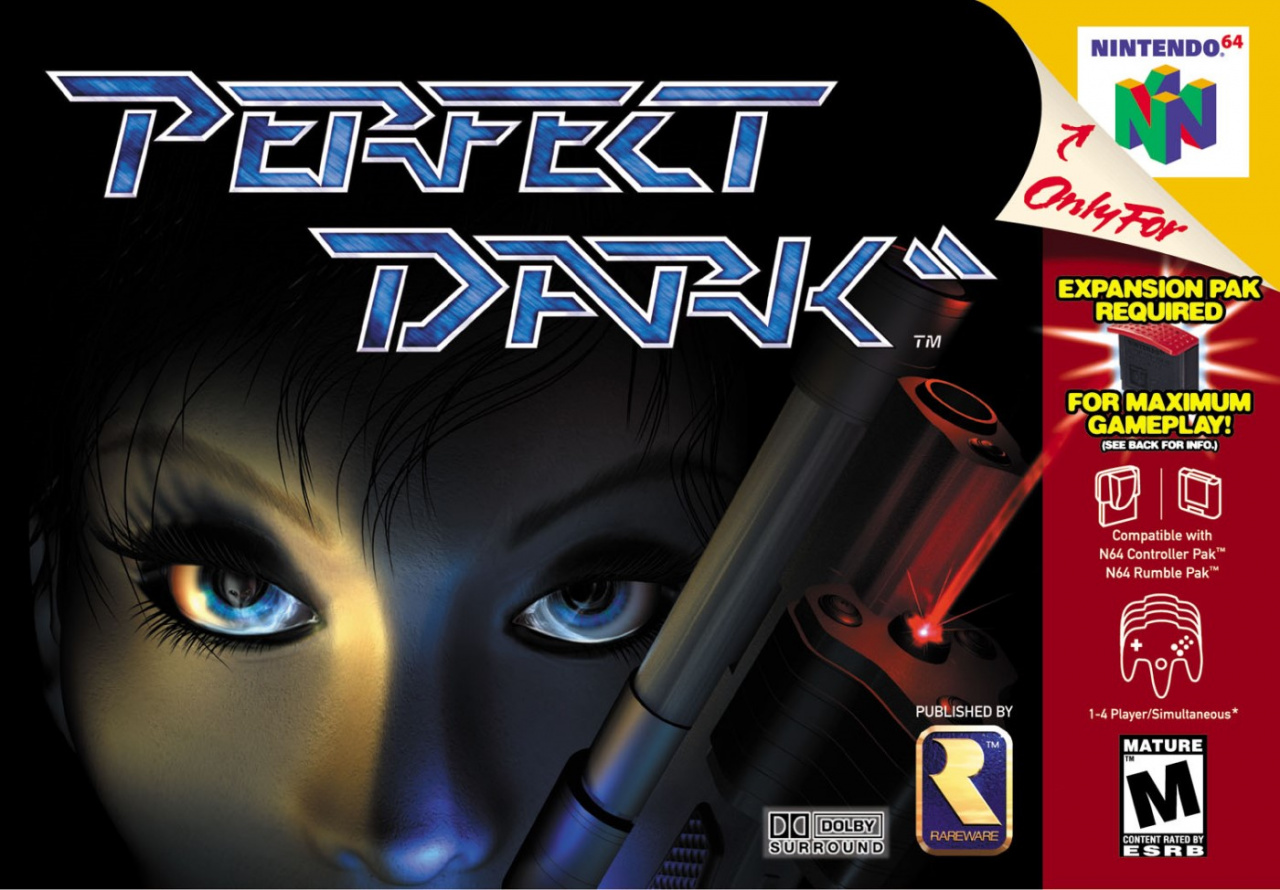 GoldenEye 007 for Nintendo 64 was a massive success. It was also a James Bond game, which meant making a proper follow up would involve more licensing, which Nintendo and Rare obviously weren’t interested in. And who could blame them? GoldenEye 007 didn’t sell because it was a Bond game, it sold because it was darn fun to play.

Rare followed the game up with Perfect Dark, a direct sequel to GoldenEye 007 in every way that mattered. It never reached quite the same level of success as its predecessor, likely because its connection to GoldenEye wasn’t immediately obvious to the casual shopper, but it was a pretty big deal on its own.

Perfect Dark Zero, a followup/reboot for the Xbox 360, released in 2005 but failed to recapture most of what made people love Perfect Dark in the first place. Since then, a remaster of the original game was put up on Xbox Live Arcade, and the original Perfect Dark showed up on Rare Replay.

Perfect Dark is doing just fine, not only because the series has had somewhat steady releases over the years, but The Initiative and Crystal Dynamics are currently working on a franchise reboot for Xbox Series X/S at this very moment. Will it be any good? Time will tell. But the Perfect Dark brand is happy and healthy for the time being. 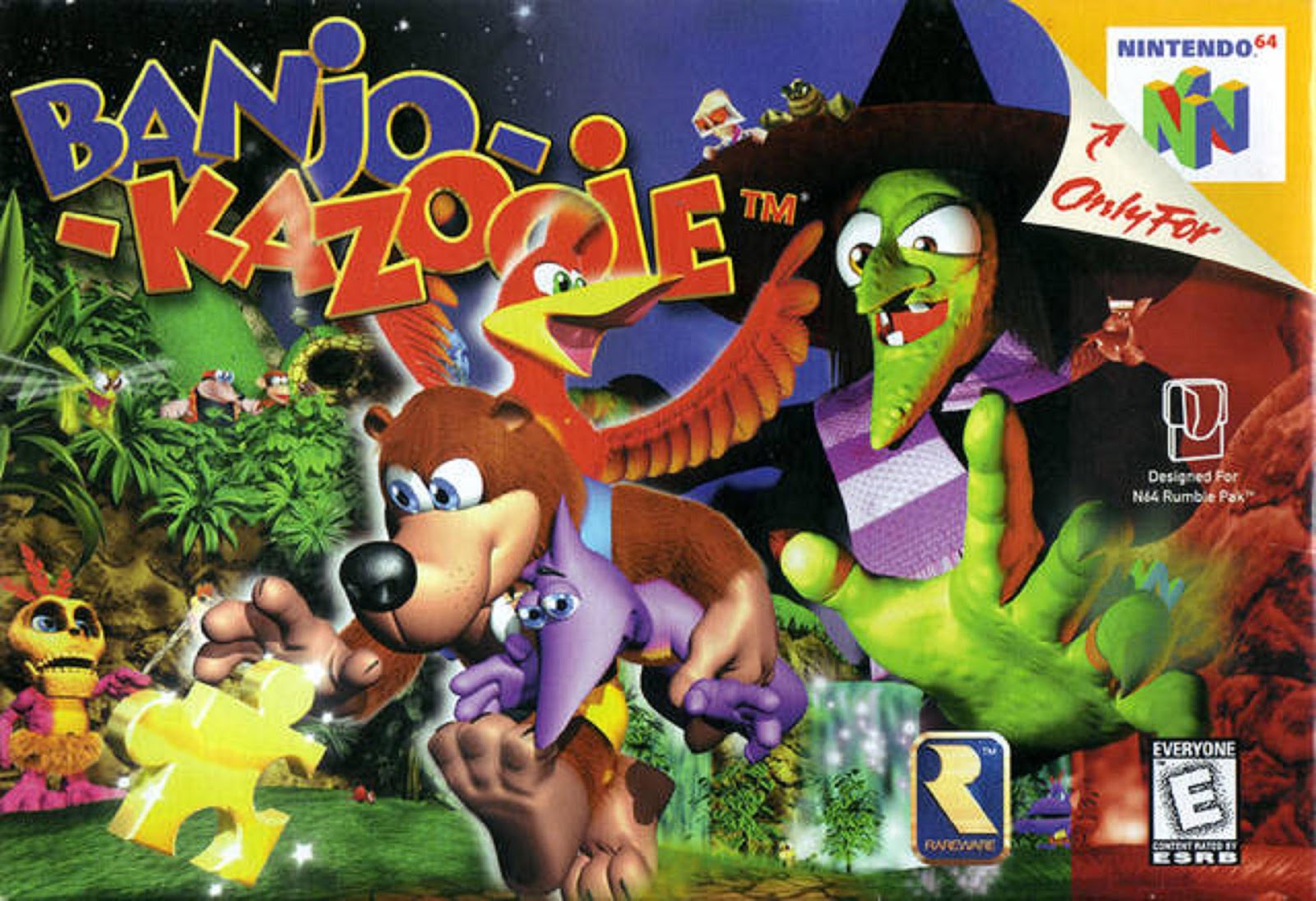 Back in the Nintendo 64 days, Rare created a pair of collect-a-thon platformers starring the bird and bear combo of Banjo and Kazooie. These games were immensely well-loved by the kids who grew up with them. That was 21 years ago now, and Banjo-Threeie has yet to materialize. Follow-ups came in the form of Grunty’s Revenge for Game Boy Advance in 2003 and Nuts & Bolts for Xbox 360 in 2008, but those left a lot to be desired.

After most people publicly hated Nuts & Bolts for not being Banjo-Threeie, Microsoft hung Banjo up to dry for a number of years. They re-released the original games in a remastered form on Xbox Live Arcade, but that’s basically it.

Banjo and Kazooie were ranked among the most requested characters to add to Smash Bros, and when they were revealed, the internet basically exploded. Part of it was having Banjo actually fighting in Smash, but another part was the unexpected joy of seeing the character come “home.”

Banjo is so synonymous with the Nintendo 64, that seeing the character on Microsoft platforms seemingly never sat well with fans. Just look at the reaction to the original Banjo-Kazooie, a game now wholly owned by Microsoft, showing up on Nintendo Switch Online in January. People seem really excited about it, even though they can currently get a remastered version of that very same game on Xbox consoles right now. 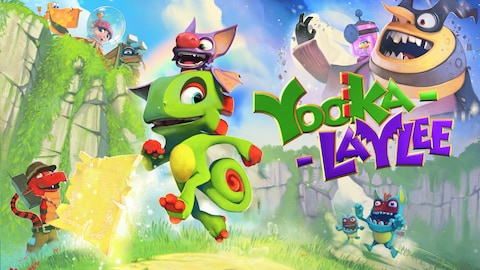 Meanwhile, you also shouldn’t mention Banjo-Kazooie without bringing up Yooka-Laylee. Most of Banjo’s original creative team had actually wanted to make a proper followup to Tooie for so long that they actually went and formed their own company and created a sort of stand-in for Banjo and Kazooie in the form of Yooka and Laylee. The game had its critics for sure, but it seemed to mostly satisfy the Banjo itch for a lot of folks.

Between the success of Yooka-Laylee, and the fervor for Banjo in Smash and appearing on NSO, it seems likely that Microosoft and Nintendo know there's money to be made with this brand, and while there still hasn’t been any announcement of an official Banjo-Threeie on the horizon, I’d be genuinely surprised if it didn’t happen sometime in the next couple of years.

And that about wraps it up for Rare. Their biggest stuff remains arguably the Donkey Kong Country series, but that’s a Nintendo-owned brand through and through, and we’ll go over Nintendo in a future Franchise Report (or two). In the meantime, it seems for the most part Rare is doing alright by their properties, or at least they’re trying to, which is certainly something.

Check back next time when we’ll be taking a look at the house the Blue Bomber built, Capcom.