Welcome to The Franchise Report, where we take a look at a 3rd party game developer and see how their biggest franchises are doing these days. We kick things off this week with Konami. Let’s see what they’ve been up to.

The King of Old

Ahh, Konami. Once one of the absolute tallest pillars of the game development universe, their stature of late has fallen considerably. Back in their prime, if you saw the Konami logo you knew you were in for a quality experience, and with good reason. They created some of the most memorable gaming franchises around.

Recent years haven’t been so kind to Konami though, or rather Konami hasn’t been too kind to their franchises in recent years. The company shifted its focus mainly to creating gambling machines, leaving some of gaming’s largest icons in the lurch.

Recent rumors suggest that they’re ready to take a swing at getting back in the game, so to speak, so let’s take a moment to see where things left off with some of their properties. 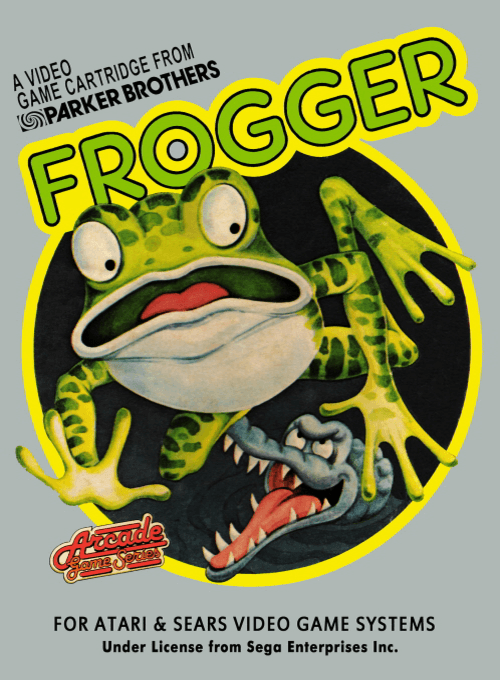 One of Konami’s oldest franchises, Frogger has been through quite a number of iterations over the years, some more successful than others. Regardless, the core game is a great concept that’s as fun to play today as it was when it hit arcades back in 1981.

Frogger seems to be a pretty healthy brand overall these days. The most recent release came in the form of Frogger in Toy Town, developed by Q-Games. This was an Apple Arcade exclusive, and seems to have done quite well for itself. It reviewed pretty well, and got a major update with new modes back in March of this year (2021).

Frogger seems to be doing just fine. The future seems plenty bright for our froggy friend. 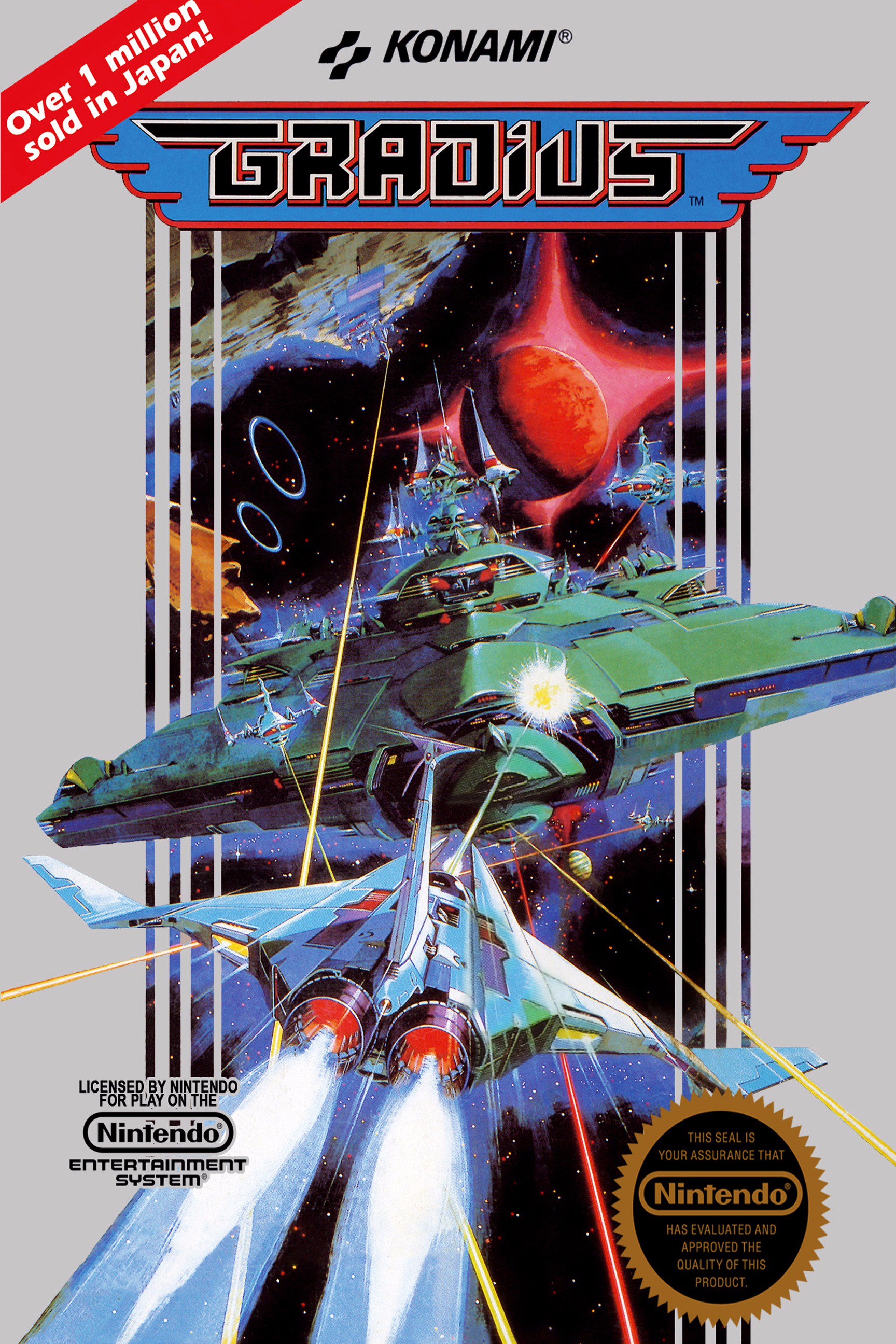 Konami’s legendary scrolling shooter franchise has unfortunately seen better days. The series got some attention a few years ago in the Konami Arcade Anniversary collection, but as far as original releases go, things have been a bit more dire.

The last game released in the series was technically Otomedius Excellent, which was released in 2011. It’s a spinoff of the Gradius series, and a pretty weird one at that. There was also a strategy spinoff in 2010 called Gradius Arc: Legend of the Silver Wings, but that was only released on Japanese mobile phones.

That means the last official proper Gradius release was all the way back in 2009 with the WiiWare exclusive Gradius ReBirth. That was a pretty excellent game, but with it being relegated to the now defunct WiiWare service, very few people actually played the thing.

Konami clearly still knows how much clout this franchise has, but seeing as the last proper release was over 12 years ago, the Vic Viper is tragically overdue for a new adventure.

Boy, has this franchise ever been mistreated. The first game was released exclusively on the Sega Genesis in 1993, and performed well enough to get a pair of unique sequels the following year for both the Genesis and Super NES. All three reviewed well and garnered a cult following.

Then things went painfully quiet until 2010 when Konami released the Climax Studios developed Rocket Knight on Xbox 360 and PS3 as a digital download. The game did alright, but lacked a lot of the charm that made the original games as special as they were.

Nothing in this entire series has ever been re-released in any form, which is completely insane.

It’s a mystery why Konami hasn’t seen fit to get these games on modern platforms, and considering how high the bar was set with previous entries in the series, making a new game that doesn't meet that standard might not be very easy. 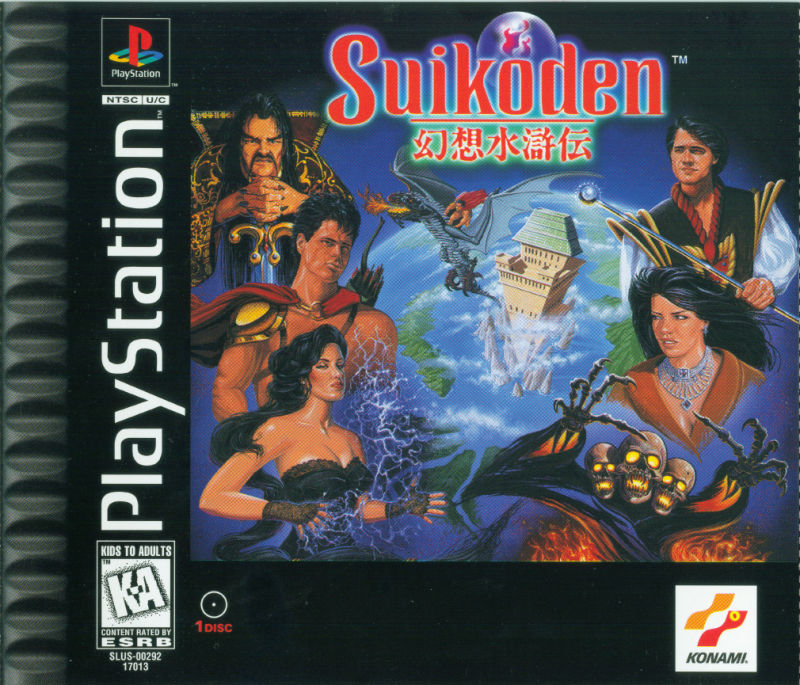 A PlayStation RPG classic, Suikoden actually turned into a very well respected franchise back in its day. The last numbered sequel was Suikoden V for the PlayStation 2 back in 2006, which was met with mostly positive reviews.

The last game to release overall though was Genso Suikoden: Tsumugareshi Hyakunen no Toki, a Japanese PSP exclusive spinoff which came out in 2012.

JRPGs can still be relatively healthy franchises even with long lulls between release dates, but 9 years is still a pretty long time. 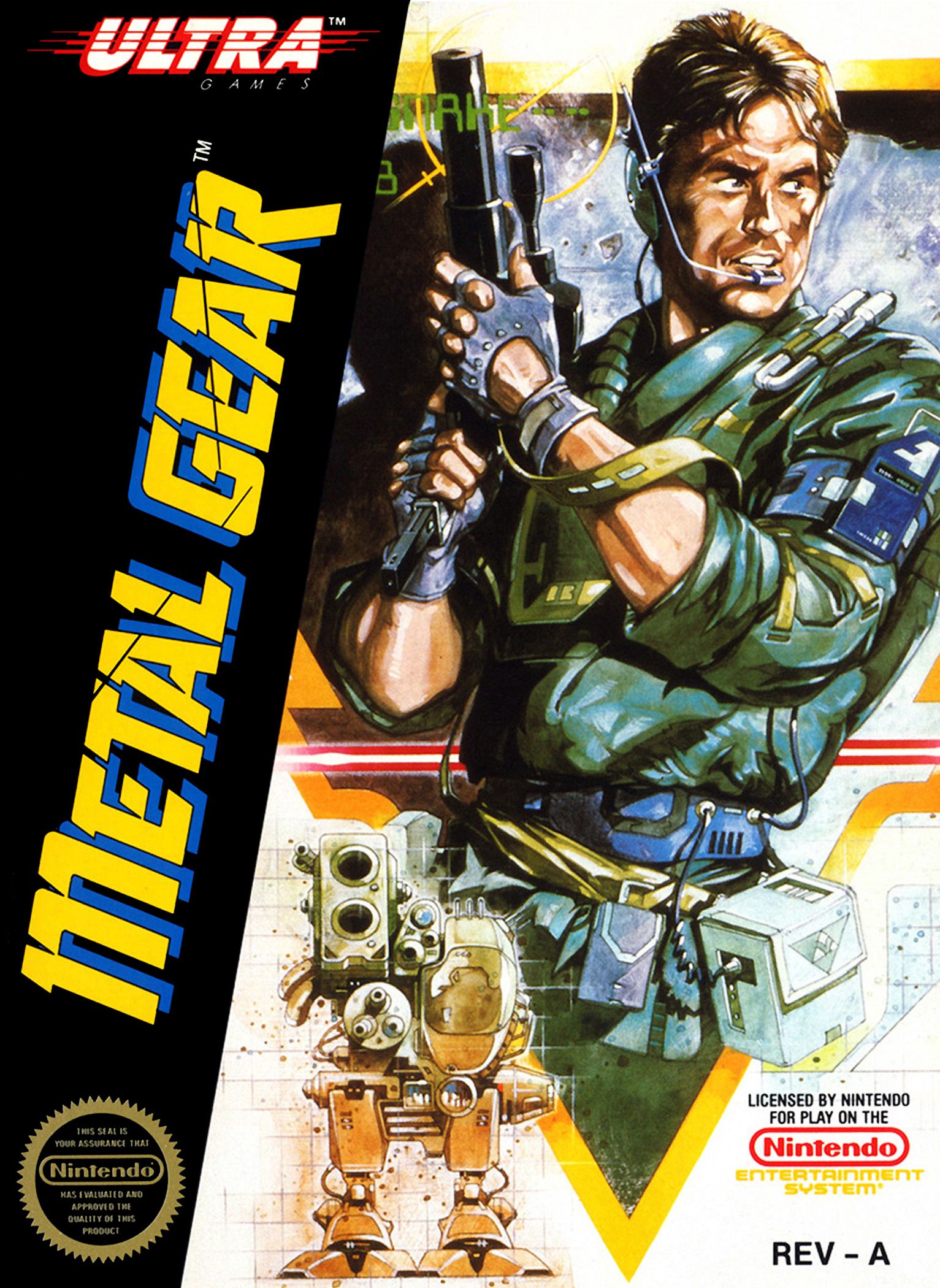 This franchise saw a pretty high profile breakup with its creator Hideo Kojima not too long ago. The last proper game in the series was 2015’s Metal Gear Solid V: The Phantom Pain, which itself saw several re-releases with various amounts of content added through the following year. Before that though, Metal Gear was one of Konami’s flagship franchises, with regular releases and spin offs around every turn.

Post-Kojima, Konami released the abysmal Metal Gear Survive, which fans and critics alike didn’t much care for, and that’s pretty much it.

Konami releasing a new Metal Gear game without Kojima at the helm would probably rub a lot of people the wrong way, especially considering how poorly it went for them the last time they tried. However, it is a pretty lucrative brand, so it wouldn’t be too surprising to see some sort of new game in the not too distant future. 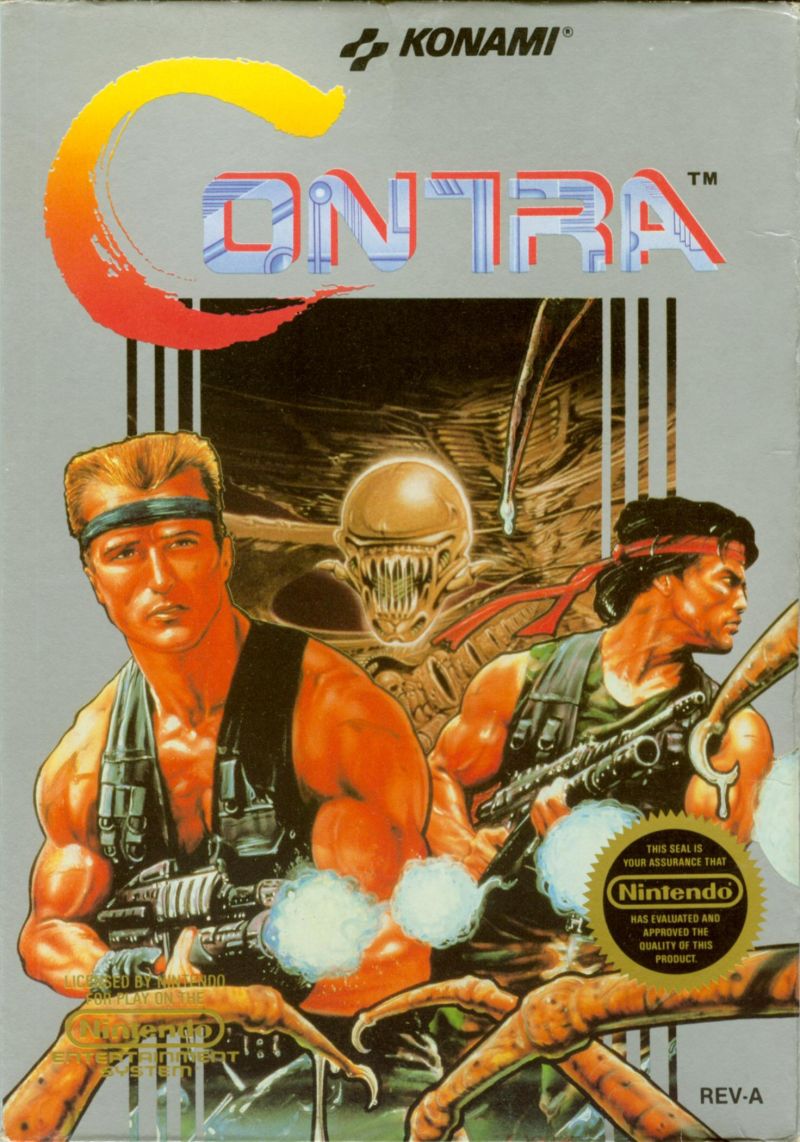 This was the series that set the bar for co-op shooters and over the top action. However, once games went 3D, the series had a really hard time finding itself again. Since the early 2000s, Contra games have been pretty hit or miss. There was excellent stuff like Contra 4 for Nintendo DS and Hard Corps: Uprising for PS3 and Xbox 360, but those games released way back in 2007 and 2009 respectively.

The last game in the series was the critically reviled Contra: Rogue Corps from 2019. Konami clearly put a decent amount of effort into the game’s promotion, but that couldn’t save it from being fundamentally pretty poorly thought out. Pretty much everything people love about classic Contra was missing in favor of a tone deaf presentation and unlikeable gameplay.

Konami will absolutely fart out another Contra game at some point, and it has a 50/50 shot of being decent. Time will tell. 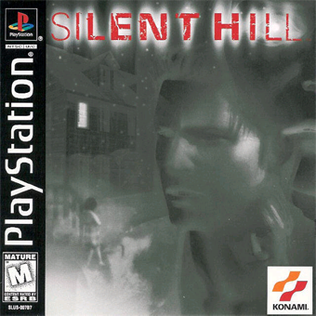 Oh, Silent Hill. This one was another casualty of the Kojima breakup with the incredible looking reboot/new entry Silent Hills being unceremoniously cancelled after blowing the minds of basically everyone who played its demo, PT. Since then, things have been, well, silent on the Silent Hull front. PT was released and subsequently cancelled in 2014, and before that there was the debacle that was the Silent Hill HD Collection, and the spinoff Vita game Silent Hill: Book of Memories in 2012. 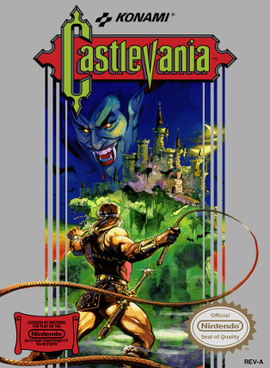 And here we have what is arguably Konami’s most iconic franchise, and its overall health is kind of weird.

The last game released in the franchise was Castlevania: Grimoire of Souls, which showed up with little fanfare on mobile phones a couple of years ago before disappearing just as quickly, only to be surprisingly resurrected for Apple Arcade earlier this year. The game itself isn’t terrible, but it’s ultimately full of all the things that can make mobile games feel pretty trashy.

Similar to Metal Gear, Koji Igarashi, the “father'' of Castlevania, left Konami to go and make his own Castlevania-style games in the form of the excellent Bloodstained series. The development was a bit rocky, but the end result was a decent Iga-Vania style adventure.

Unlike Metal Gear though, Castlevania wasn’t the brainchild of Igarashi, and in fact many of the best games in the farnachis had nothing to do with him. So him not being attached to future installments isn’t necessarily a death sentence.

And of course there’s the anime on Netflix, which has been hugely successful and already has a sequel series in the works.

This is a brand that Konami cares very much about, and I have no doubt that it will be back in some form eventually. What that form is though, is a big question. Mainline games have been pretty subpar/nonexistent for a number of years, but if Konami really is taking a swing at making the brand relevant again, having a pair of Belmonts in Smash Ultimate and a successful anime series isn't a bad way to start. I’m sure we’ll see proper Belmont action again one of these days.

And that wraps up the Franchise Report for Konami. All in all, things could be worse. Granted, they could be MUCH better, as Konami has proven to be a pretty crappy company for quite some time, but there’s reason to be slightly hopeful here.

We’ll be back next week for another Franchise Report!