Wave Race 64 has just landed on Nintendo Switch Online, and while it’s really nice to see it, that game is just one of a series of semi-realistic sports-related games Nintendo has released over the years. Sure, everyone wants a new F-Zero game, but these sports titles Nintendo used to be involved with were something a little different. Games like F-Zero exist the same way as Mario, Zelda, Metroid, and even Wii Sports. None of them have any sort of grip on reality. That’s not a knock by any means. The fantastic is where Nintendo thrives most. But dating back to the launch of the Famicom in Japan, Nintendo used to have a history of making “realistic” sports games that walked the line between realism and fantasy. They were based in reality, but they had that Nintendo charm and polish.

In honor of Wave Race, let’s look at the similar franchises that fit in this category, and how long it’s been since we’ve seen anything new from them. 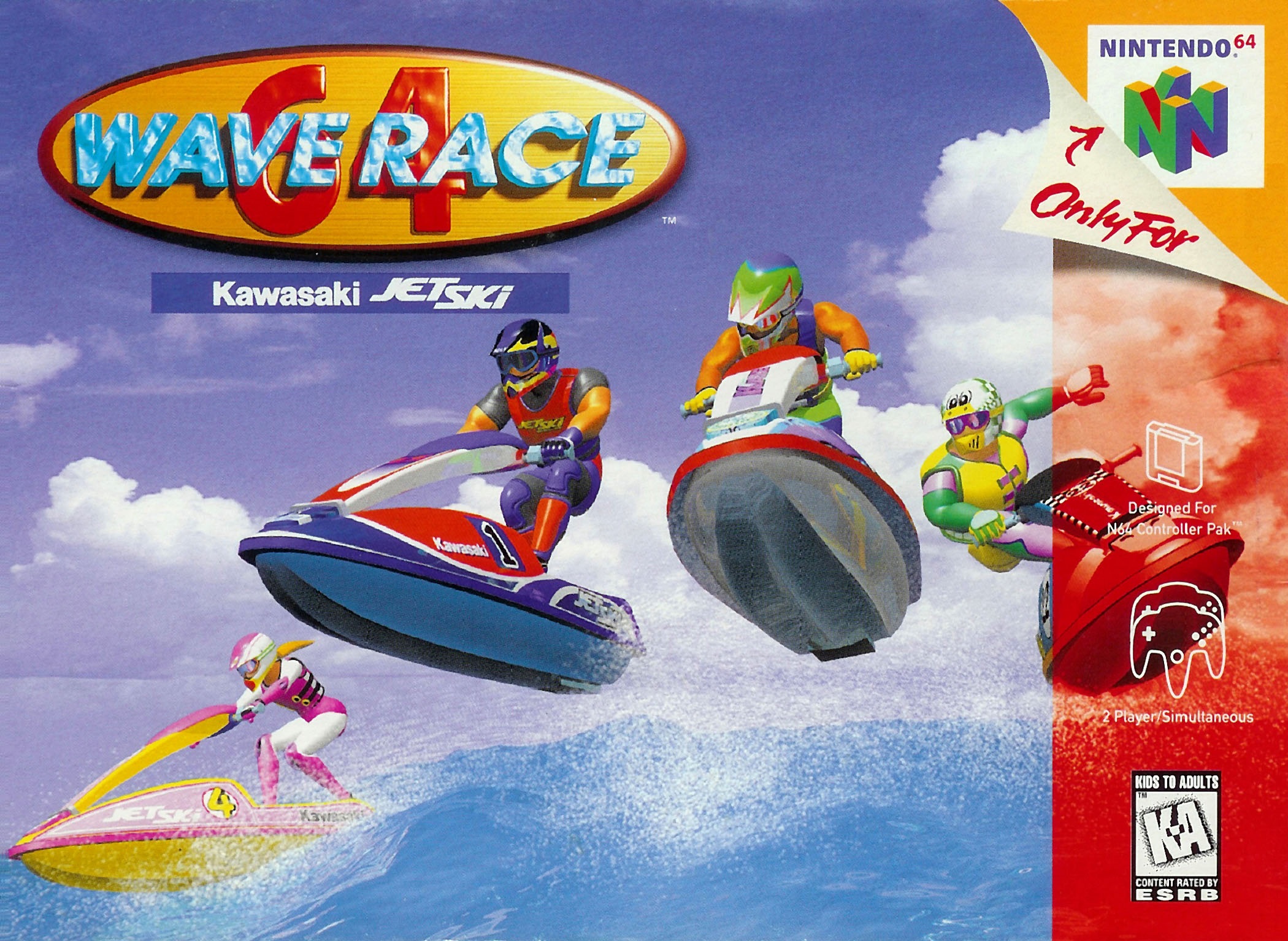 Let’s start with Wave Race, what with it being the talk of the town at the moment and all. Wave Race 64 was a really special game for N64 when it launched, mostly because it did a spectacular job of showing off just what the system was capable of in a different way than Super Mario 64 did. The water in Wave Race 64 was a sight to behold, and it still looks fantastic today. What a lot of folks don’t realize though, is that Wave Race 64 was in fact a sequel.

Wave Race released on Game Boy in 1992, and was a US exclusive game. It played out as a top down racer where you controlled a wave runner against a series of opponents, and you tried to get 1st place as much as possible. I know, real complicated stuff. It’s a little slow-moving, and there really isn’t a whole lot to the game, but it’s still a fun thing to mess around with. It even sold well enough to get re-released as one of Nintnedo’s Player’s Choice titles.

Of course it had nothing on Wave Race 64, which itself got a sequel on Nintendo GameCube. WaveRace: Blue Storm was a blast to play, and was once again a visual stunner with its incredible looking water. Following up on what 64 laid down, Wave Race: Blue Storm was a fairly well loved title when it was released too. Unfortunately, that was the last game to bear the Wave Race moniker, and that was all the way back in 2001. Unfortunately, with Nintendo not putting a whole lot of stock in realistic games like this anymore, it’s unlikely we’ll see a new entry anytime soon. 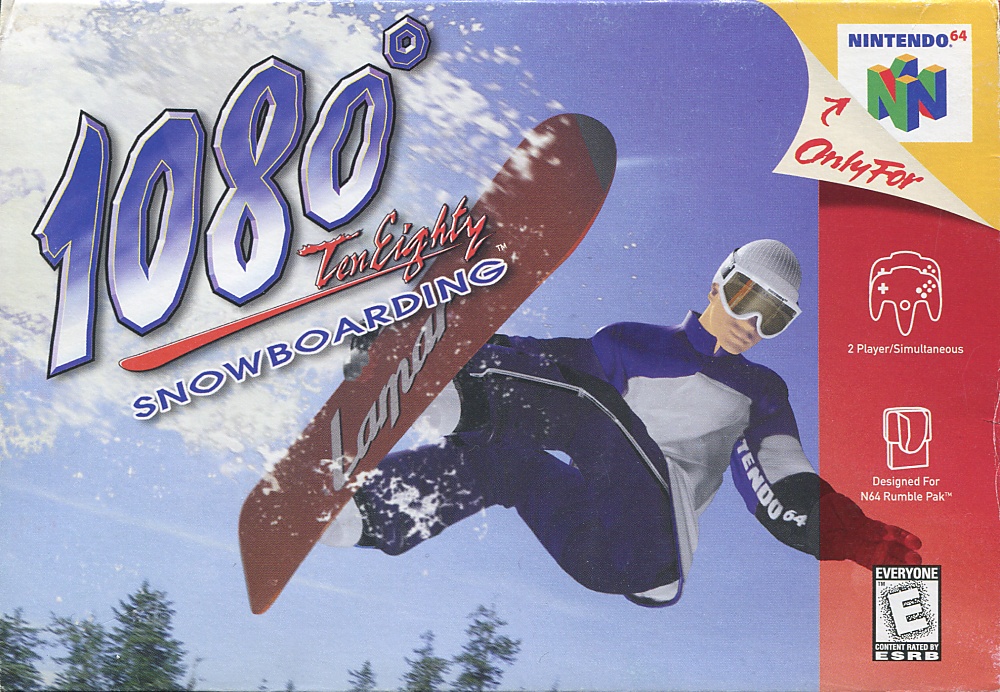 1080 Snowboarding always sort of felt like a relative of Wave Race 64. Unlike its wet counterpart, 1080 wasn’t a sequel of any sort. The first game in the series was the one everyone knows and loves from Nintendo 64, and it was quite a success for Nintendo. So much so that much like Wave Race, it got a followup on GameCube in 1080: Avalanche.

Also like Wave Race, this was the last anyone saw of the 1080 franchise. The game was also well loved by those who played it, but this particular market was pretty well saturated by this point. 1080 Avalanche was great, but SSX was arguably better. Extreme sports were everywhere, and while Nintendo’s offerings were solid, they couldn’t quite reach the popularity of many of the other brands floating about at the time. Which is a bummer, because if they were to release them now, in a market that isn’t quite so saturated, they’d probably do pretty well for themselves. 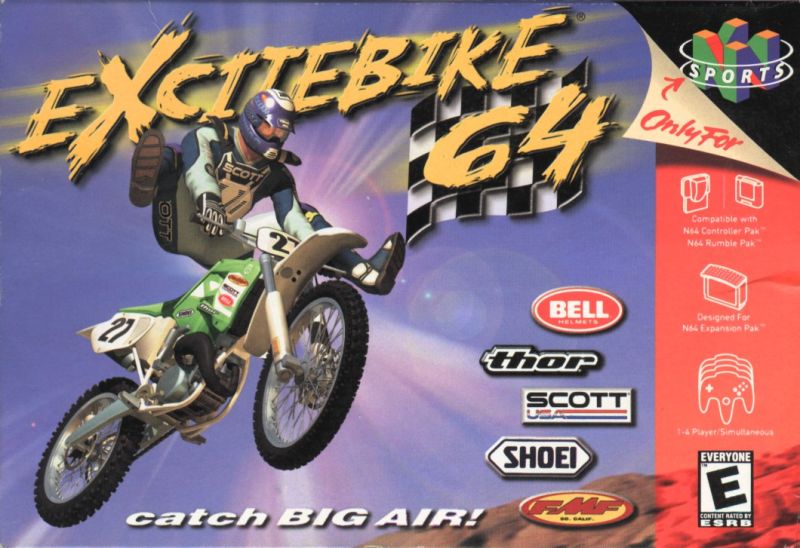 This one’s been around for quite some time, starting out as an NES title which quickly became one of the most popular games of its time. It got a couple of Japan-only follow ups in the form of Vs. Excitebike for Famicom Disk System and Excitebike: Bun Bun Mario Battle Stadium for BSX Satellaview, but here in the US, Edxcitebike didn’t make its proper return until the rather excellent Nintendo 64 game Excitebike 64.

Standing right next to 1080 and WaveRace came Nintendo’s modern take on motocross racing, and boy did they ever knock this one out of the park. Excitebike maintained the basic feel and mechanics of the original NES game, but turned the perspective behind the racer and incorporated proper turns into the experience. It looked like an EA game, but it played like a Nintendo game. Really, it was something special.

Excitebike skipped GameCube though, but when the series came back for Wii, it did so with a radical facelift. Excitebike was now ExciteTruck, where you raced around in pickup trucks. It may sound a bit silly and far removed from the previous game, but I gotta say, it reallhy does work. It was pretty popular too, which is more than I can say for its ill-fated followup ExciteBots: Trick Racing. Excitebots doesn’t really fit in with this trend because it was really quite unrealistic. Even more so than Excite Truck. But it’s worth at least bringing up because it’s really stinking fun.

Over on WiiWare though, Nintendo released the excellent Excitebike: World Rally. This time, the perspective was turned back to the side, and the whole game played out like a modern take on the original NES game’s mechanics. It’s quite fun, and thanks to it being a digital only release, it’s trapped on WiiWare for all eternity. 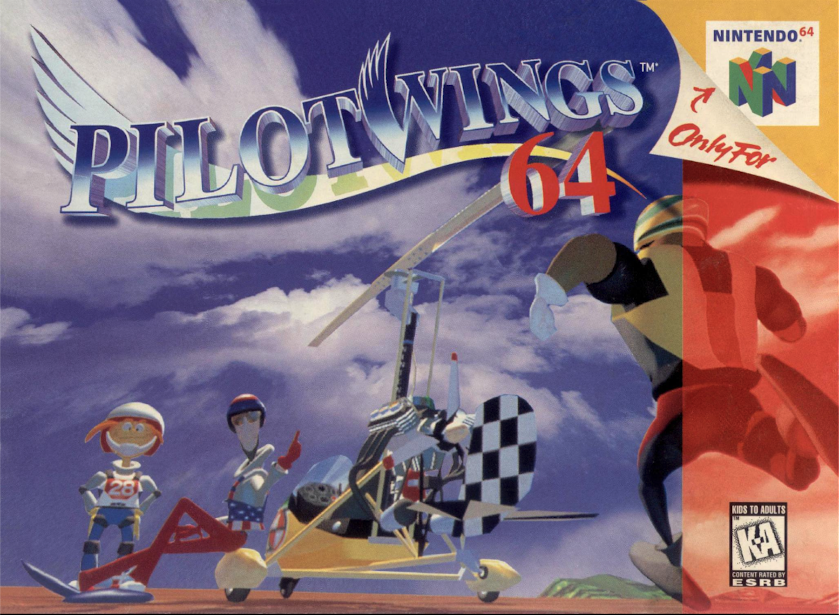 PilotWings was a launch title for the SNES, and it did what Wave Race did for the 64, it showed what Nintendo’s new hardware could do in a way that Mario couldn’t. It was also just a darn fun game on top of that.

Like the other games on this list, PilotWings appeared on the Nintendo 64 in the aptly titled PilotWings 64. This one was slightly less realistic in its character designs than its SNES older brother, but it was still very much a PilotWings game. That was the last game to appear on a home console though, with the only other PilotWings game being the excellent yet often overlooked PilotWings Resort for Nintendo 3DS. Again, the world the game took place in features a lot of realism, but the characters themselves were Miis, so you know, not realistic in the least.

Regardless, that first game had characters with realistic proportions, and honestly I’d love to see a return to that if Nintendo were ever to make another PilotWings game.

So, with the exception of the Virtual Console and Nintendo Switch Online, none of these series have survived past the Wii and 3DS. In all these cases though, it’s easy to see why. When they were in their prime on the Nintendo 64, they were on a console that was getting soundly beaten by the PlayStation on a regular basis. When the next generation came around, the games themselves had direct competition from the likes of Cool Boarders, SSX, Jet Moto, EA Supercross, and more. That market could absolutely exist today, but with so few companies out there willing to take a risk on this kind of game, it seems unlikely that Nintendo will step up and give us all the 1080, WaveRace, Excitebike, or PilotWings we’ve all been waiting for. If it means a new F-Zero, then I say the sacrifice was worth it, but I’d rather live in a world where someone was making new entries in all these series. I guess we’ll have to make do with Nintendo Switch online and continue to hope for the best.