Not the Art We Were Looking For

Video game fans are known for a lot of things, and one of them is definitely their strong opinions about the way certain games should be. If you need to see examples of this in action, just take a stroll through Twitter and see how people feel about the new Monkey Island game. Return to Monkey Island is something that fans have been hoping for for ages. It sees the original game’s creator returning to the series for the first time since Monkey Island 2, and it’s even got the old voice crew reprising their iconic roles. It also features an art style that’s… off putting, to say the least.

The Monkey Island series has never really had much of a steady art direction over the years. Back when the first game launched, the character close-ups were going for a remarkable sense of realism, especially when they remastered the game for CD-ROM. Monkey Island 2 leaned way more into the realm of cartoony, but still maintained the first game’s signature pixelated look. The Curse of Monkey Island was just a straight up cartoon through and through with a hand drawn animation style similar to something like Dragon’s Quest. Escape From Monkey Island looked like a more or less typical polygonal PS2 game for the era. Tales of Monkey Island took a similar approach, but when they went back and remastered the first two games, they introduced yet another art style into the mix. 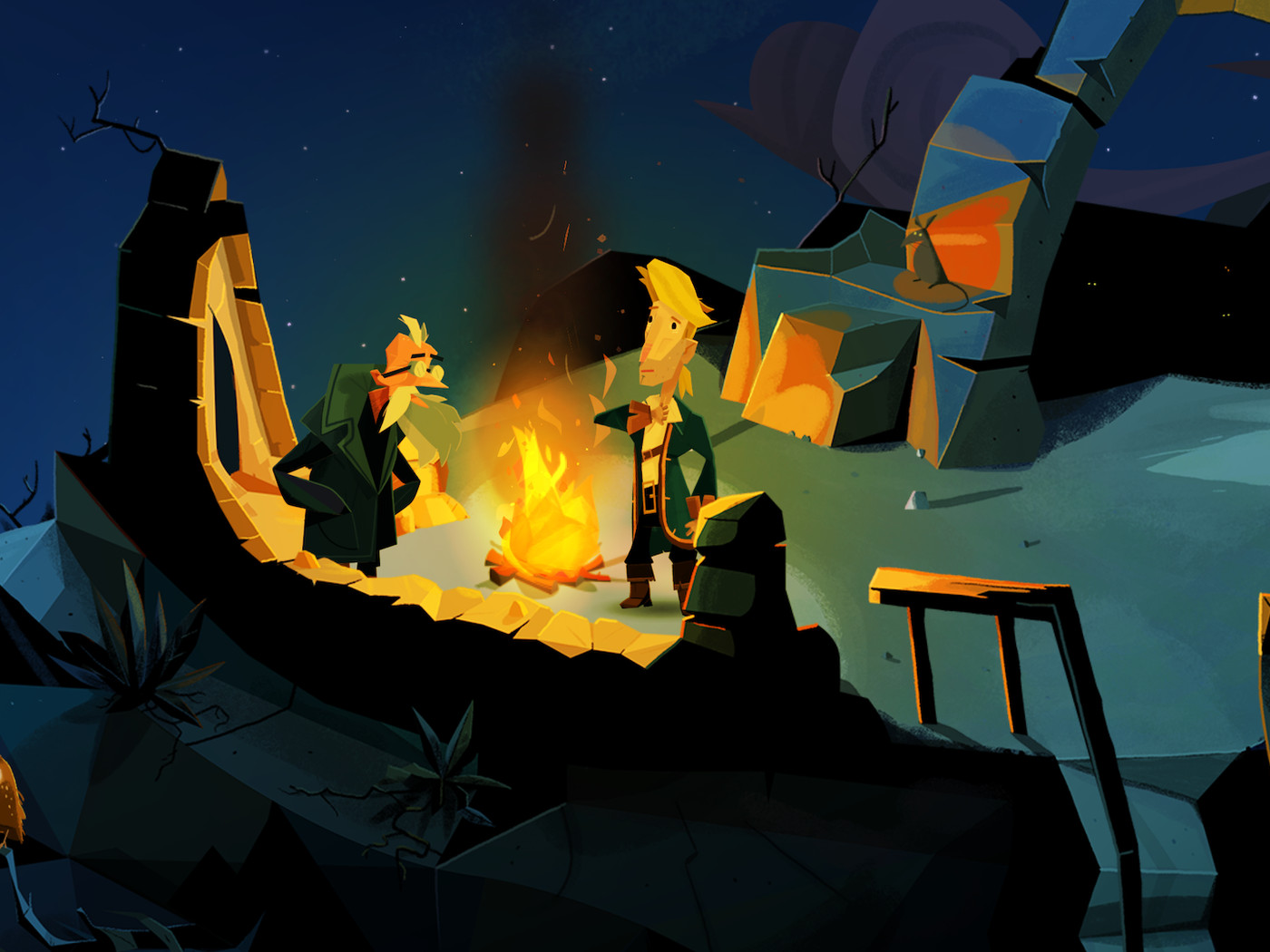 One thing these all had in common though was a sense of realistic proportions. And that’s where Return to Monkey Island presents its biggest changes.

I’m not going to lie, I don’t care for this art direction at all. I understand that it’s a well done approach to the style they’re aiming for, but I find it difficult to look at, and that bums me out.

That said, I’m still 100% buying the game day 1 and am extremely excited for it. First and foremost because of the talent involved in the project. I have no doubt that it’s going to have it where it counts, so even if I don’t care for the visuals, I don’t think it’s going to matter much in the long run. But more important than that is the fact that I’ve been wrong before. Very wrong, and in the very best way. Let’s look at a few of my biggest failures, shall we?

Pokemon is just a fad!

The earliest thing I remember being incredibly wrong about is Pokemon. Now, I’m not a fan of Pokemon. I never will be. But I’ve tried. I’ve put the time in, and I’ve come to appreciate that the concept itself is sound and the games are pretty fun to play. But when this series first hit the US, I was 100% sure it was going to be a fad. I looked at the game and I was beyond certain that it wasn’t going to stick around. The characters were neat, but they didn’t have staying power, and I assumed the game wasn’t actually any good, so there was no way it would stand next to industry mainstays like Final Fantasy. 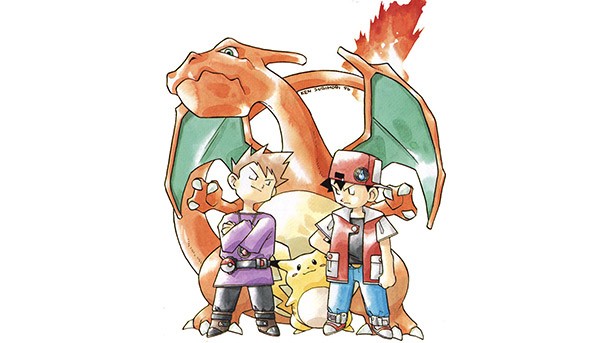 Meanwhile, here we are, and Pokemon is just as popular as it’s ever been. My assumption was that it was schlock designed to sell toys and a cartoon and nothing else. What I didn’t realize until way later in life was just how good that core concept was. How fun it was to play and trade with friends. How fantastic the character designs actually were. (well, most of them). Again, Pokemon will never be my favorite game, but it has more than earned my respect, which is something I never thought I’d say.

Metroid Prime is a what now?

Super Metroid blew me away. Rarely in my life has a video game affected me the way Super Metroid did. So when it skipped the N64 generation, I was crushed. Then came the GameCube, and rumblings of a new Metroid got my imagination running on overdrive. That original sizzle reel looked amazing, but things took a terrible turn a few years later. Metroid was now being developed as a first person shooter by an unproven studio in Texas. 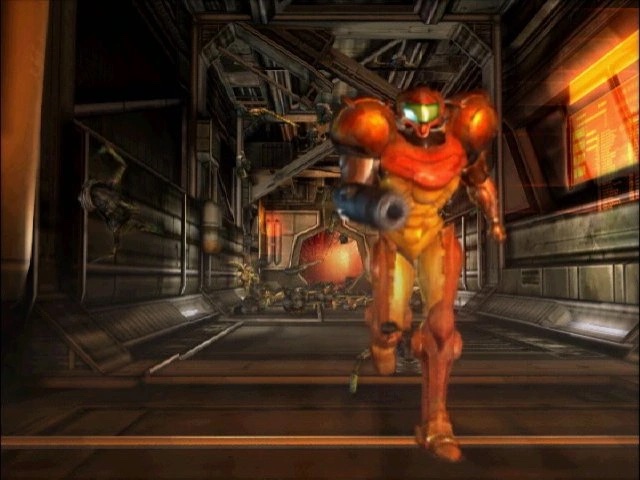 Not knowing much about game development at the time myself, I was pretty nervous. I wasn’t a fan of modern FPS games in the least, and most Western developed games weren’t exactly to my taste either. That Nintendo wasn’t handling the development of the next Metroid game themselves made me furious, and my expectations for the first proper 3D Metroid were in the toilet. 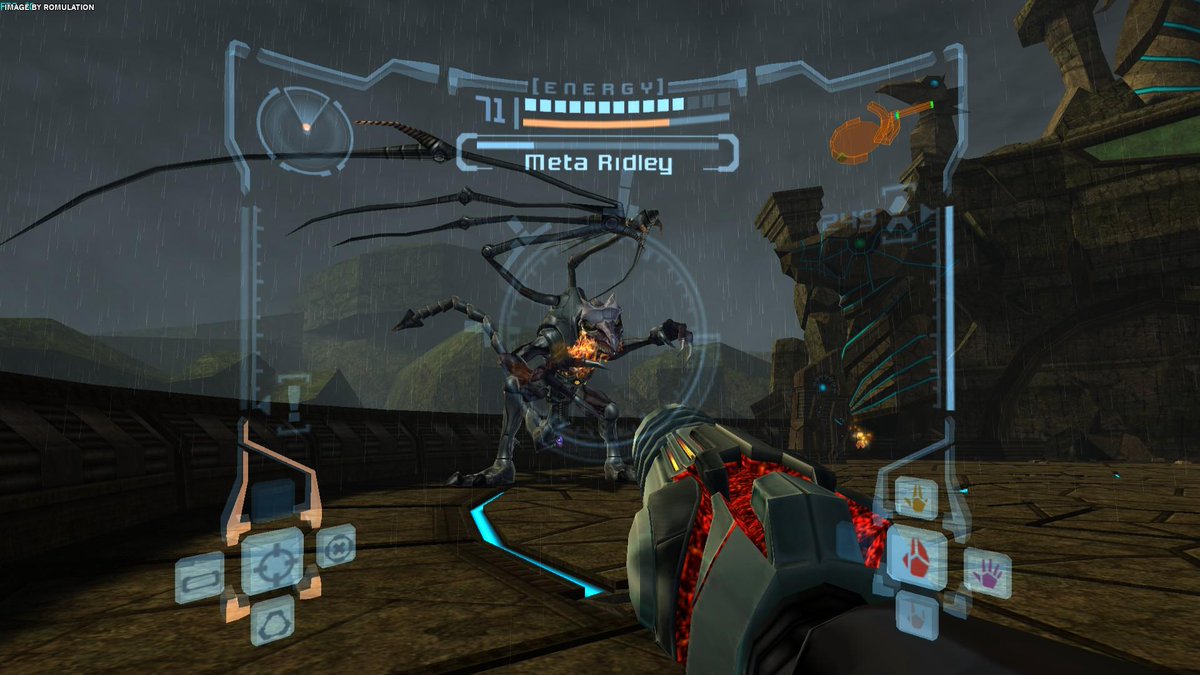 What I later learned was that my fears weren’t completely unfounded, as things at Retro Studios were apparently pretty rocky behind the scenes, but also, Nintendo was handling this project with way more care than I gave them credit for. As a result, Metroid Prime wasn’t just a masterpiece of a game, it also managed to actually feel like playing a Metroid game in 3D. I'll never forget the first time I played it. I marveled at its graphics and atmosphere, but it took me a bit to actually get the hang of the controls. But there came a certain point a few hours in when I was looking at my map, planning my next move, and it hit me like lightning. I was playing a Metroid game. The perspective had changed, but I was approaching its world the exact same way I approached every other Metroid game, especially Super Metroid because of the in-game map. I love being this wrong.

1-2 Switch will doom the Switch!

This one is super embarrassing because it really wasn’t that long ago. I was absolutely enraged when they finally unveiled the Switch and they showed off 1-2 Switch. After seeing the company go through a ton of self-inflicted hardships with the Wii U, getting away from the Wii’s name and reputation were just about the most important things Nintendo could have done at the time. The Switch looked like an amazing system, and the name and logo were perfect. But then 1-2 Switch showed up and basically undid all of that. 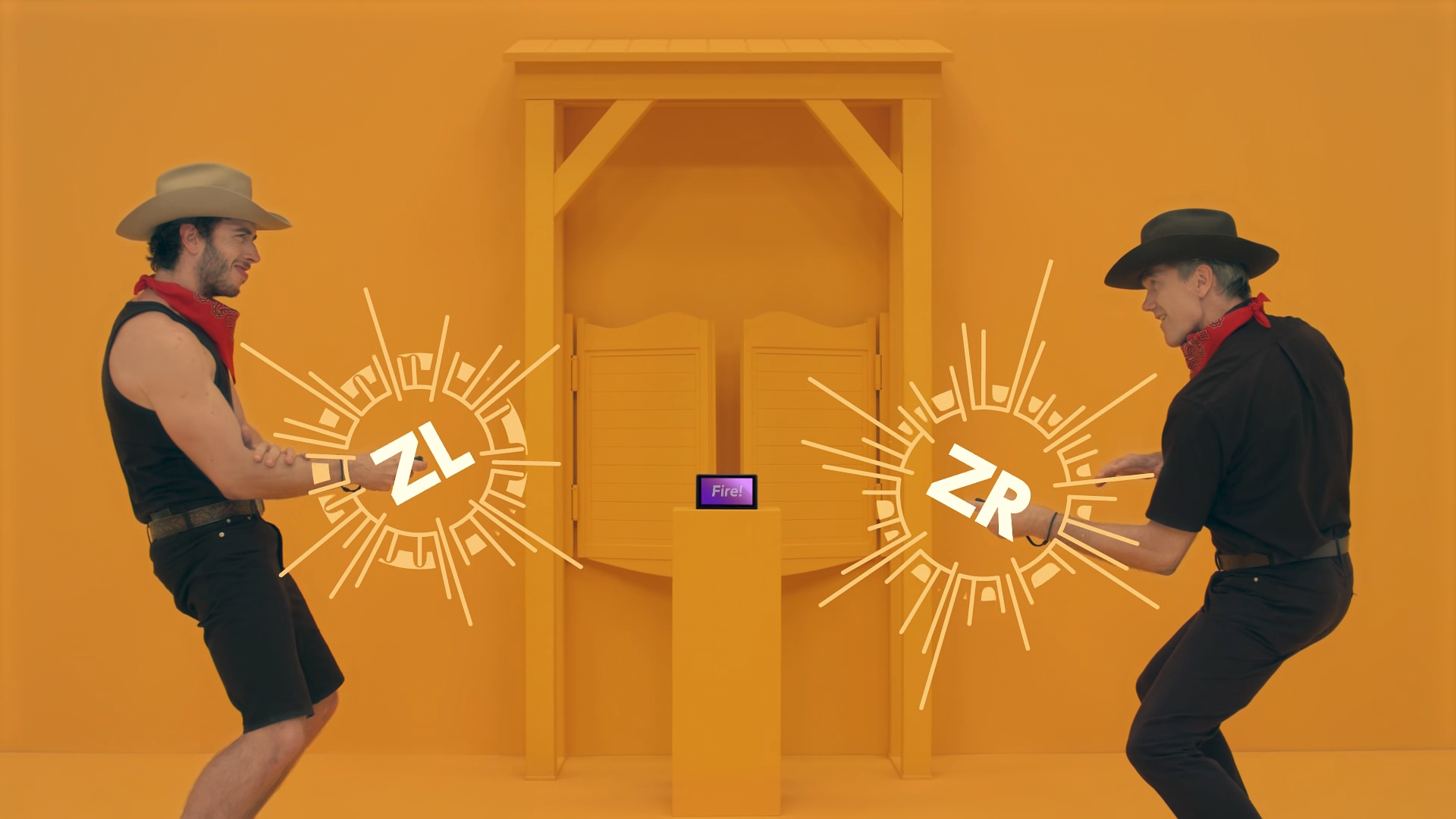 I was certain that releasing 1-2 Switch was going to show potential customers that the Switch may look neat, but it’s going to be full of the same crappy software that plagued the Wii. Nintendo hadn’t learned anything from their failure with Wii U, and 1-2 Switch was the perfect symbol for that failure. Thanks to their focus on this one game, at best the Switch would be a moderate success.

Fast forward to today and nobody talks about 1-2 Switch anymore, and the switch is selling like hot cakes. It’s currently the 5th best selling console of all time, with only PS4, Game Boy, Nintendo DS, and PS2 ahead of it. And it’s still selling incredibly well, which means it’s very likely it’ll still manage to climb the ranks before its life cycle is complete. Man, I was hilariously wrong about this one. I was so mad, too. What a doofus.

And this is the biggest one. I’m a massive Zelda fan, and I was beyond excited for whatever the next Zelda game was going to be. Once again, the GameCube sizzle reel set me up for some pretty unreasonable expectations, but that sword fight was INSANE! 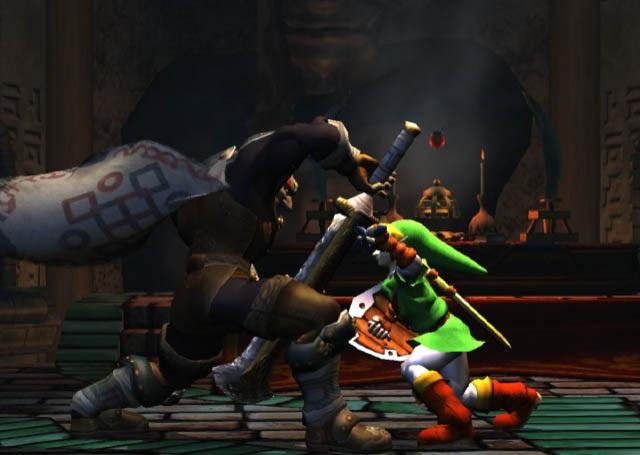 So when Nintendo was finally ready to show off their new Zelda game, it looked terrible. Heck, I still think this trailer is bad. It’s overly goofy, and the art hadn’t quite solidified itself yet. But when I finally played the game, it was less Looney Tunes and more Samurai Jack, and it finally clicked. What was once a game so disappointing that I sent a letter into Electronic Gaming Monthly about how Nintendo was going to be dead, turned out to be my favorite game ever made. It’s just about the wrongest I’ve ever been about anything video game related, and I’ve never been happier about it. 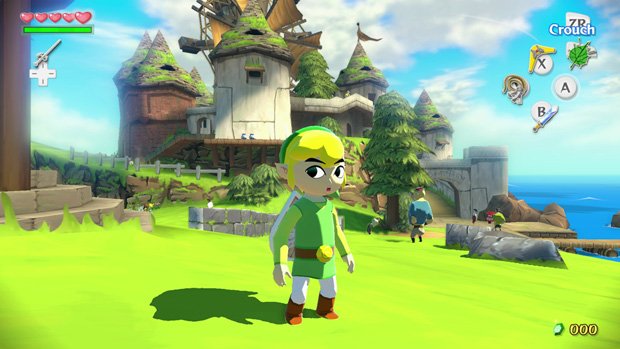 So the point I’m trying to make here is no, I don’t like Monkey Island’s new art direction. I don’t like the way it animates like a bunch of marionettes. I don’t like Guybrush’s face. But it ultimately doesn’t matter because until I play it, I don’t know what the game is actually going to be like. There’s this interactive teaser site up for Return to Monkey Island and it tells me everything I need to know. The humor is there. The personality is there. The soul is there. So I’m choosing to have faith in the creators. If it stinks, well, that will be a shame, but I’m not going to let my distaste for this new art direction stop me from being excited about a new Monkey Island game. It’s important to be open minded about new stuff because you never know what you’ll be missing if you never try. Now where did I leave that rubber chicken with a pulley in the middle?