In case you hadn’t heard, Nintendo has scrapped development on Metroid Prime 4 and started from scratch with Retro at the helm. This is a bit of a disappointment for Metroid fans, as many of us were holding out hope for a 2019 release. But in the long run, it would be better to have a good game than a timely one. However, that still leaves the problem of the giant, Metroid sized hole in Nintendo’s lineup. Sure, Metroid has rarely been the sales success it should be, but the Nintendo Switch is the perfect system to turn those fortunes around. A Metroid game on Switch absolutely could hit it big the way Nintendo hopes it would, and having the Switch go without one of the big N’s most revered franchises for this long is slightly problematic. So what can they do? Here are a few ideas.

This one’s about as obvious as it gets, and honestly I’m waiting for its announcement any day now. Rumor has it this is actually already a finished product, and Nintendo is just waiting on the right time to let it loose. But what it would do is put one of gaming’s best trilogies on gaming’s most popular platform, which is definitely not a bad thing. The original Metroid Prime is one of the franchise’s best selling games, and even that was limited because it was on the GameCube, a wonderful console that didn’t exactly have the biggest install base on the planet. Prime 2 didn’t even do as well as the first one, which is a real shame considering how good it is. Then there’s Prime 3, and really, the prime trilogy sits in this same boat, because while it was on the Wii, the biggest selling console around at the time, the people buying Wii weren’t interested in sci-fi action shooters. The vast majority were buying Wii Sports, Carnival Games, Wii Fit, New Super Mario Bros., and Mario Kart. Prime 3 is a masterpiece, and a real showcase for how good motion controls can be if done right, but it’s grossly underplayed.

Now, the Switch is pulling Wii-level numbers, but the big difference is, people are buying games too. Breath of the Wild, Super Mario Odyssey, even stuff like Doom and Bayonetta 2 are doing pretty well. There has quite literally never been a better time for Metroid to become a blockbuster, and having three of its best games, remastered in HD (hopefully with non-motion control options as well) would be a spectacular stop gap for folks waiting to get their hands on Prime 4. 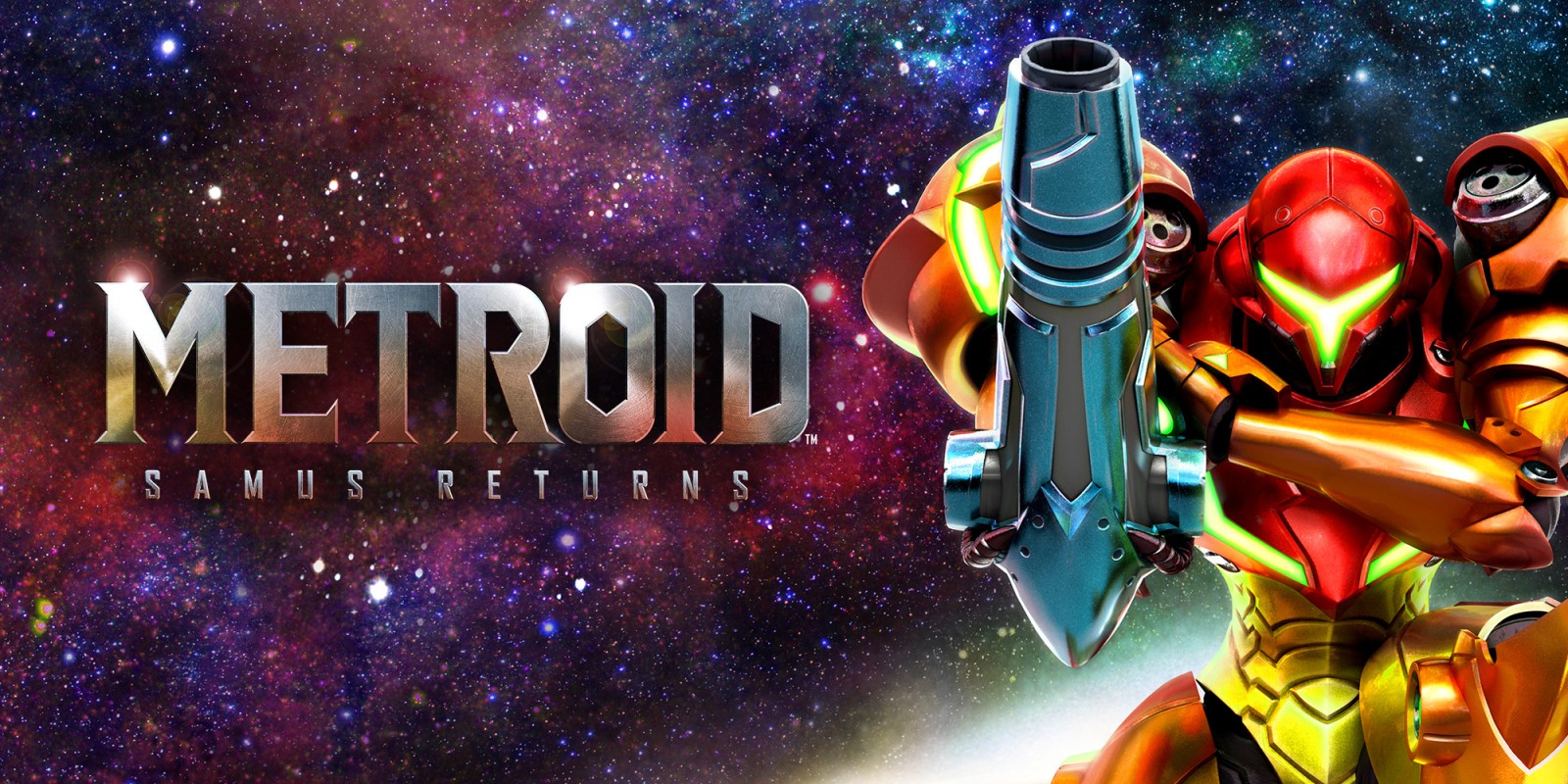 Metroid: Samus Returns on 3DS was a really cool game. Trouble is, it was on 3DS, which was a point of contention for a lot of gamers at the time of its release. Many people, myself included, wanted this game on their Switch. The only thing that made the decision to keep the game on 3DS okay was the fact that Prime 4 was on its way. Well, now that we’re at least a year (probably more) away from Prime 4’s release, it’s time to give Samus Returns a new chance to shine on Switch.

The game has really great art direction, which would absolutely shine in HD on my big screen TV. It doesn’t do anything control-wise that would need serious retooling when being translated to Switch, and most importantly, it’s just a fun, well-designed game. It’s a complete overhaul of Metroid II: Return of Samus for the original Game Boy, which is probably the least-played Metroid game in the franchise, and one of the most important story-wise. I’m pretty sure the game sold well enough on 3DS, but it could do VERY well for itself if ported to Switch. 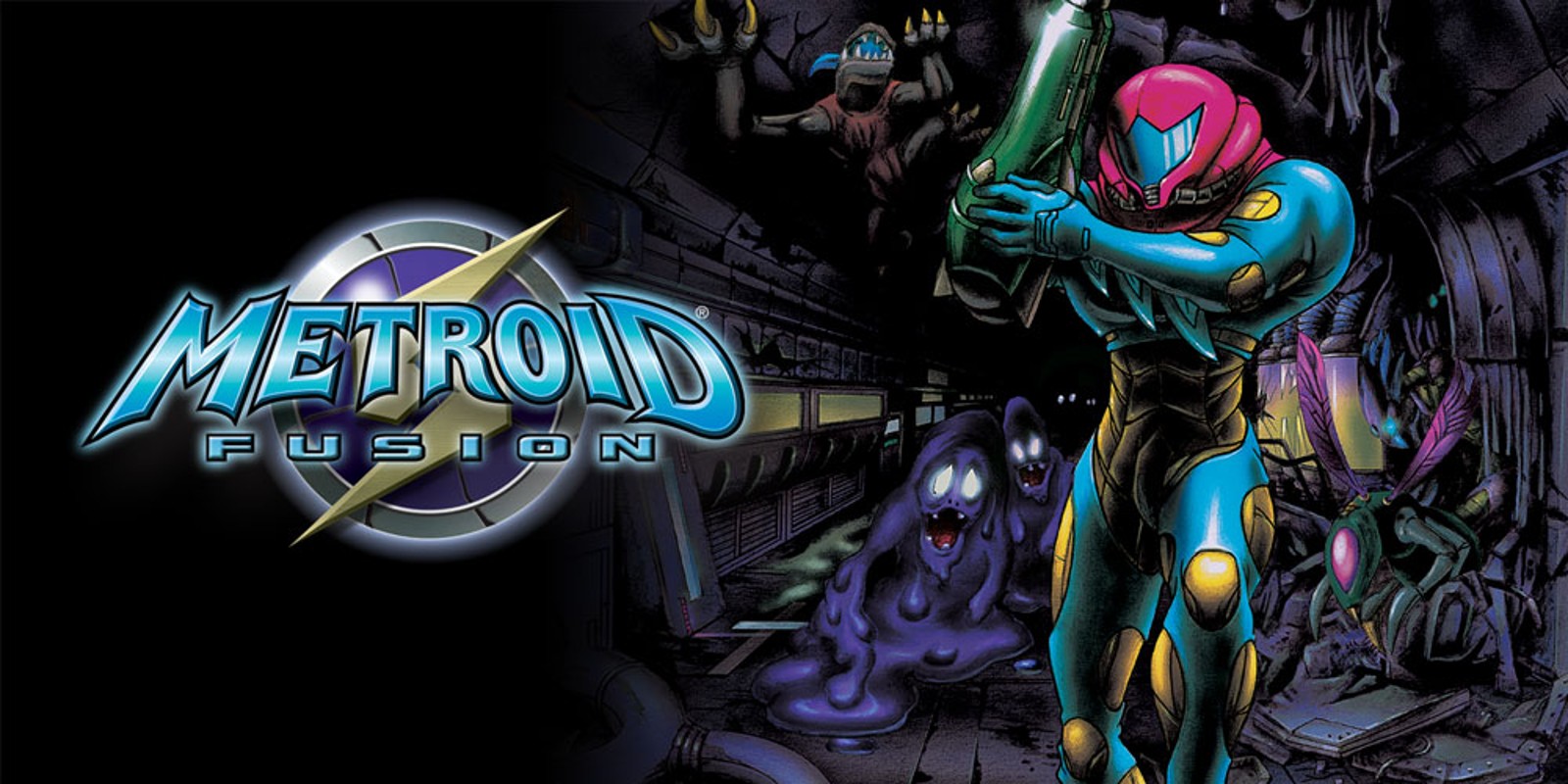 Some sort of Metroid Legacy Collection

This likely won’t happen, but if Nintendo really wanted to pump some life into the Metroid brand before Prime 4 launches, putting together some sort of nice collection of the classic 2D Metroid games would be one heck of a way to do it. No need to deep dive into the 3D stuff. The Prime Trilogy is its own thing, and I’m pretty sure the world would keep spinning if Hunters, Federation Force, and Pinball didn’t see the remaster treatment. (Even though Metroid Prime Pinball is an awesome game). But collecting Metroid, Metroid II: Return of Samus, Super Metroid, Metroid: Zero Mission, and Metroid Fusion in one package would be amazingly cool. There’s a reason an entire genre is named after Metroid (Metroidvania, in case you were wondering) and that’s because nobody does it quite like Metroid. Granted, indies have taken the genre in spectacular directions in the years since we’ve had a proper new 2D Metroid game, but there’s nothing quite like playing an actual Metroid game. These classic 2D adventures deserve to be played by as many people as possible, and with retro collections being such a loved part of the Switch’s library, it just makes sense. It will never happen because Nintendo doesn’t really do these kinds of things anymore, but the Kirby Dream Collection for Wii wasn’t that long ago, so who knows? 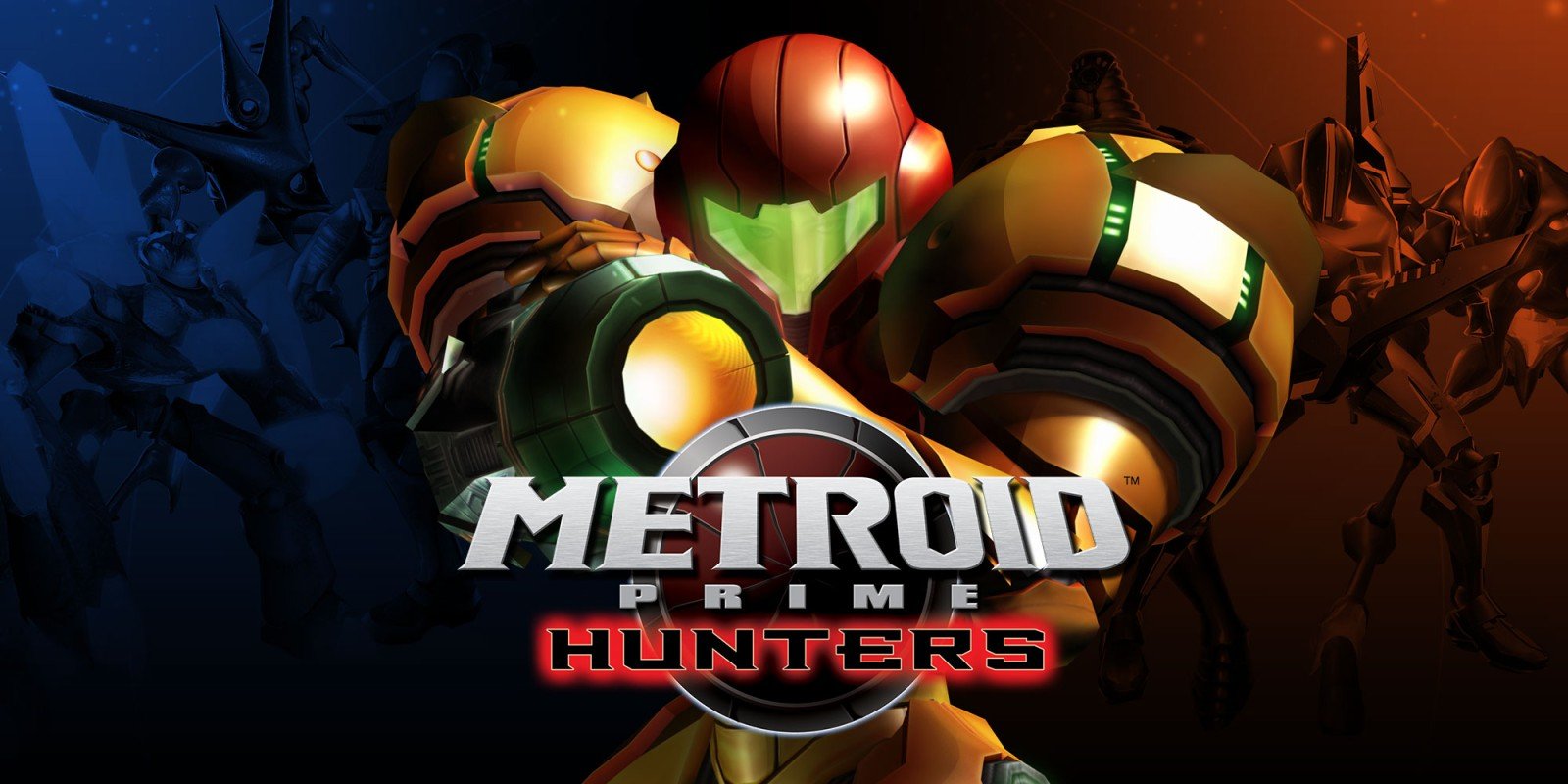 Heck with it. Remaster Hunters, Federation Force, and Pinball anyway!

This would be a tremendous gamble for Nintendo, but if they do one or more of the other things on this list in addition to this, it might just turn out not only okay, but brilliantly. Metroid Prime: Hunters and Metroid Prime: Federation Force were both games that hinged around an online multiplayer component. One was on DS and the other was on 3DS. Neither of those systems were exactly known for their great online infrastructures. I’m not saying the Switch is setting the world on fire with Nintendo Switch Online, but it’s certainly a better experience than trying to get your 3DS online and connected with some friends. Heck, Splatoon works great. So giving these games a second chance to shine on the Switch might just be a really good idea. Federation Force is one of the most hated games Nintendo has ever released, and that’s a real shame. It’s not like it’s a BAD game, it was just not at all what the Metroid community wanted at the time, and its announcement was one of the most tone deaf moments in the history of Nintendo. Even now on Switch, its remastering and re-release might be a hard sell, but if it came along with a remaster of Hunters, which would look and play absolutely awesome on Switch, it might just find itself some redemption in the process. 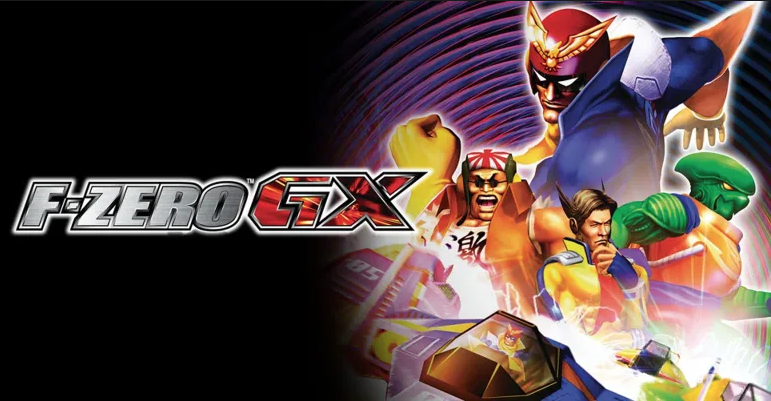 Fill the void with some other weirdness

Nintendo has a chance to show the world how great its dormant franchises are with the Switch. Games are selling really well on the platform, and the hardware is doing spectacularly. So, if Metroid isn’t going to be around for a while, why not hit us with some other Nintendo franchises to keep our mind off of things? Bust out F-Zero, WaveRace, and that silly StarFox racing game that’s been rumored for a while. Parade out a new Star Tropics, a fresh PilotWings, and a nice new Punch-Out!! while you’re at it. Elite Beat Agents, Rhythm Heaven, and a new WarioWare would be great distractions too. None of these games necessarily scratch the Metroid itch, but they would do a heck of a job making the wait a lot more bearable. 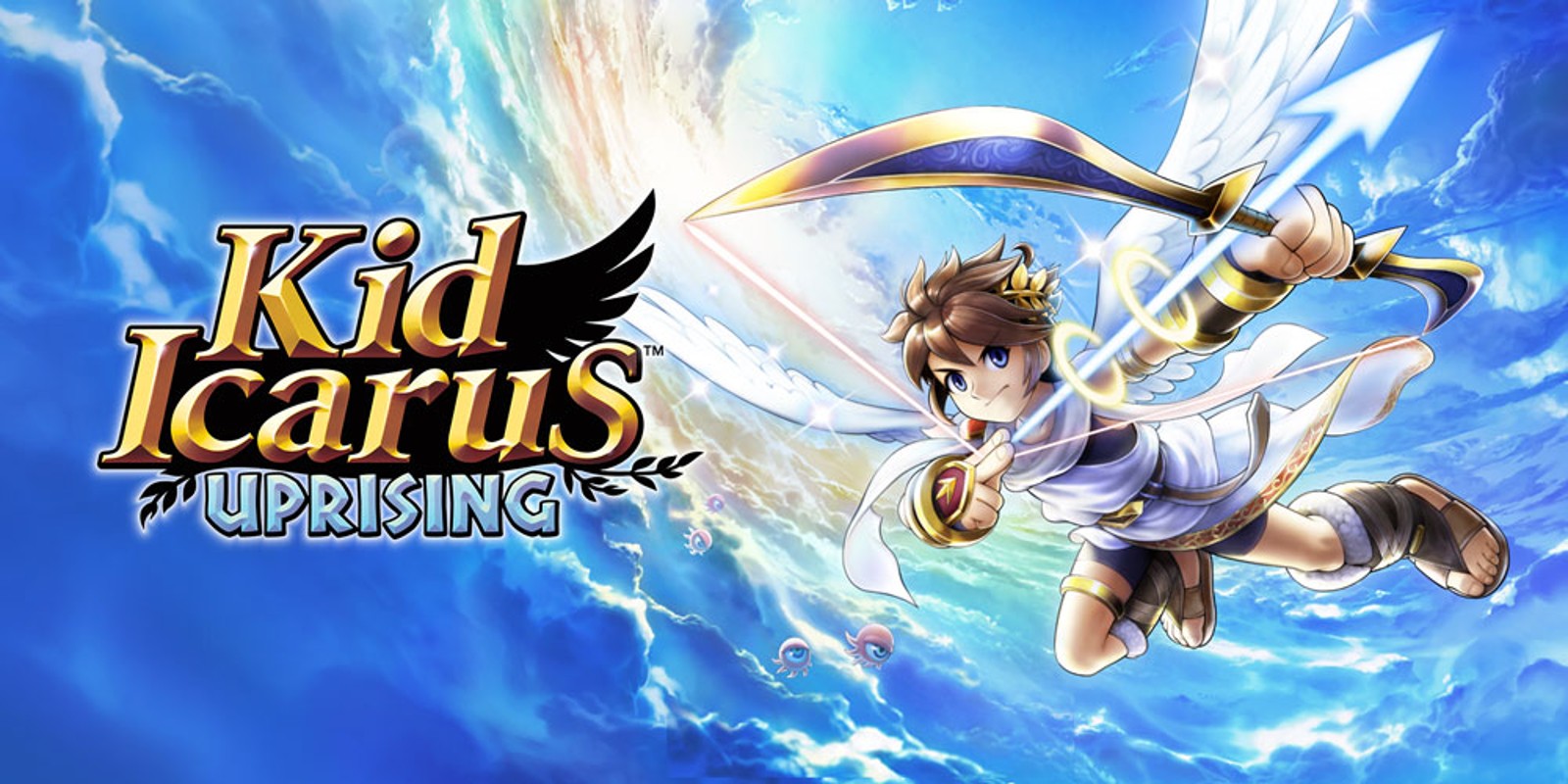 Give Metroid’s sister series a time to shine

It’s been said that porting Kid Icarus: Uprising to Switch would be very difficult, but I think that’s a load of bologna. It would require some reworking, but it would probably result in an ultimately better experience. And boy, Kid Icarus would positively shine in HD. It’s already got crazy high production values, and the vast majority of the Switch audience probably hasn’t ever tried it. It’s also a game that would likely benefit greatly from a more traditional control scheme that a Switch port would make necessary, so really, porting the game is a very smart move.

Of course, there’s the other route, and the one I hope they’re already taking, is to just make a sequel to Uprising. The Kid Icarus brand isn’t exactly top tier, but it could at least get itself on Metroid’s level if they’d just continue to put it out there. And a sequel to Uprising would be sooooooo good.

Look, Nintendo isn’t in any kind of trouble here. Looking at the huge releases they have lined up for this year already paints a pretty nice-looking picture for them. Metroid would have rounded that lineup out very nicely, but they aren’t in desperate need to fill that particular void. But who knows, maybe they will! What do you think? What should Nintendo do to ease the pain of the loss of Metroid Prime 4’s impending release?