Can you get past the blast?

Depending on who you ask, Blaster Master on NES is either a classic worthy of mention in the same breath as the likes of Mega Man or Castlevania, or it’s that weird NES game that’s way too hard to ever get anywhere in. I exist firmly in the former category. Blaster Master is one of my all time favorite games on any platform. Unlike Castlevania or Mega Man though, Blaster Master sequels did not have an easy to follow trajectory.

There have actually been a bunch of Blaster Master games over the years, but none of them have managed to catch on in any meaningful sort of way until 2017’s reboot Blaster Master Zero. There was a Sega Genesis game that featured some of the worst overhead vehicle controls of all time. There was a sequel/reboot that was exclusively on WiiWare and required play with the Wii Remote held sideways. But the first sequel to Blaster Master actually hit the Game Boy, and it was particularly strange because it was never intended to be a Blaster Master game at all. 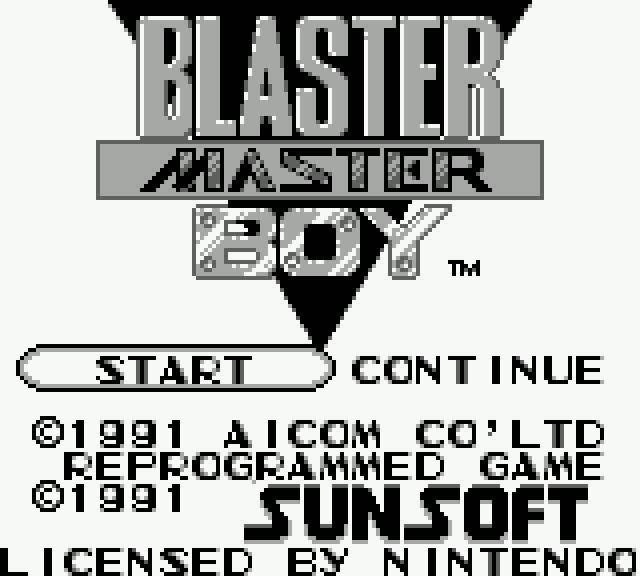 A Different Kind of Blaster

But to that point, Blaster Master Boy is effectively a reskinned port of a game called Bomber King: Scenario 2. I say “effectively” because there wasn’t much reskinning at all. The original Bomber King was released in the US as a game called Robo Warrior, and Robo Warrior was a spinoff of Bomberman, so as you can see, the lineage here is pretty darn weird. It’s not like Bomberman wasn’t a recognizable brand in the US, but my guess is Sunsoft wanted to try and keep the Blaster Master name alive and this was a relatively cheap way to do that. Why they didn’t try and develop an actual sequel in-house is a complete mystery to me, but regardless of their intent, Blaster Master Boy is what we got. Looking at the image below, it’s really not hard to imagine how they managed to sell this as a Blaster Master game.

Half of a Classic

As you may know, Blaster Master was part 2D platformer and part overhead action maze game. Blaster Master Boy is 100% overhead maze game, since that’s what Bomber King is. They didn’t exactly have to explain the car parts away, and it wouldn’t have surprised me in the least to see a game like this release just the way it is, but to my surprise, they actually address this issue in the game’s instruction manual.

As the story goes, Jason notices that there’s all sorts of nasty radiation killing plant life on Earth, and he assumes the Plutonium Boss is behind it. He goes to get into Sophia III and take care of business once again, but he finds that the entrance to the underworld has shrunk, and his tank can no longer fit, so he grabs as many bombs as he can carry and goes in on foot. Thus linking this game to the original’s overhead segments which existed in areas Sophia III couldn’t fit into. Clever!

And so, the game plays out in a very similar fashion to the overhead segments in Blaster Master. You have a regular blaster and in place of the grenades you now have bombs that can blow up certain areas and destroy enemies.

However, instead of gun upgrades in the original game, this time around the powerup system revolves around a series of more versatile items. There are single use screen blasting icons that clear all the enemies you can see, there are life preserver powerups that allow you to travel in the water, and stuff like that.

You don’t control nearly as well though. Blaster Master for NES had particularly tight controls, and this game absolutely doesn’t match that. Everything feels more grid-based. There’s no diagonal movement or strafing like in the NES game, and that is a bit of a bummer. 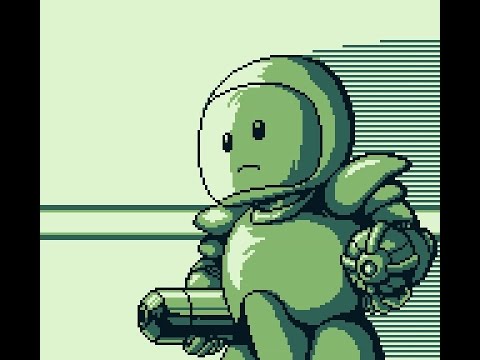 The one area where this game did have a lasting legacy on future Blaster Master games was with the bosses. In the original game, bosses were in a single screen room. They were huge and super impressive, but they had a very intentionally claustrophobic feel to them. In this game, you’re placed in a large room with a gigantic boss, and you have lots of room to not only run around them, but to have the boss encounters work in multiple directions. This would be recreated in Blaster Master Overdrive for WiiWare. Whether or not that’s a direct homage to this game is anyone’s guess, but the boss battles in these two games have an undeniably similar feeling.

With the benefit of hindsight, the knowledge that this was never intended to be a Blaster Master game makes it seem obvious, but for anyone who played it at the time, it’s not a stretch to see this as a natural extension of the original Blaster Master formula. Aside from a rather amusing close up of “Jason” in his power suit during the intro and ending, the sprites for Bomber King look enough like the way Jason looked in Blaster Master that Sunsoft didn’t have to do much of anything with the actual game code to release it as Blaster Master Boy. They changed the title screen and… that's about it. And it really does work.

In a world where sequels were frequently drastically different from their predecessors, like Castlevania II: Simon’s Quest for example, having a Game Boy sequel to Blaster Master play out as just an expansion of the overhead segments doesn’t seem out of place in the least. It’s got killer music, it looks the part, and the instruction manual explains all the differences away complete with mentions of the previous game’s cast. Heck, they didn’t even have to change the final boss to look more like the Plutonium Boss. He’s just a giant dude in a suit of some sort. Close enough! 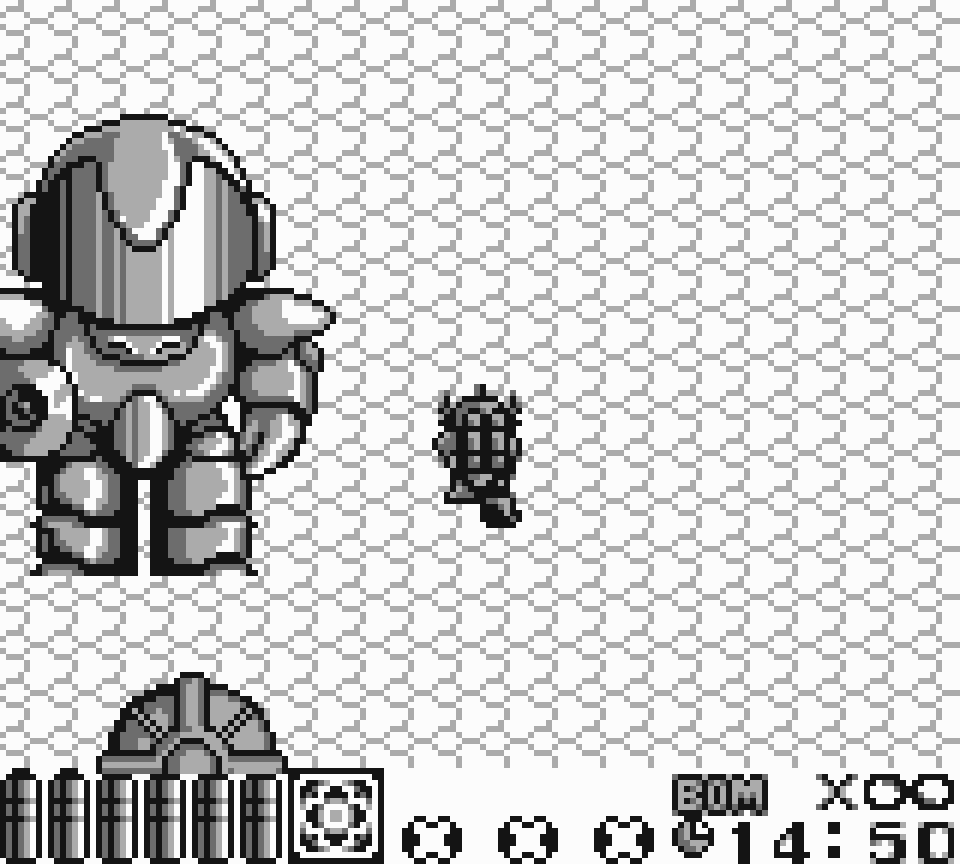 This is a strange case to be sure, and one that would have very few lasting repercussions on the franchise, but it is an interesting footnote, and it’s as much a legitimate Blaster Master game as it is a Bomber King one. If you’re a fan of the franchise, keep its origins in mind for the novelty of it, but when you play it, focus on the similarities. It makes sense. It may have been born a Bomber King, but it’s got the heart of a Blaster Master.

Next time, we’ll take a look at what happens when you try to make a Game Boy sequel to a Super Nintendo game that was sold on its incredible graphics. Nintendo and Rare sure pulled out all the stops for this one, and invented a heck of a game premise to justify its existence.