Last time, we looked at the Square side of the Square-Enix equation. Now, let’s dive into the Enix half, which is arguably a bit more interesting, at least here in the US. Enix is one of those companies that seems familiar, but they never really hit it all that big over here. Dragon Quest, originally known as Dragon Warrior in North America, was arguably their biggest hit, what with the first game being tied into Nintendo Power deliveries for a time. But by the time the 4th game hit the NES, the ferver died down considerably. Heck, we didn’t even get any of the Super NES Dragon Quest games at all. But Enix is more than just Dragon Quest, and since we all know that brand is doing just fine, we’ll shift our focus on some of the other unique stuff that Enix has under its umbrella. 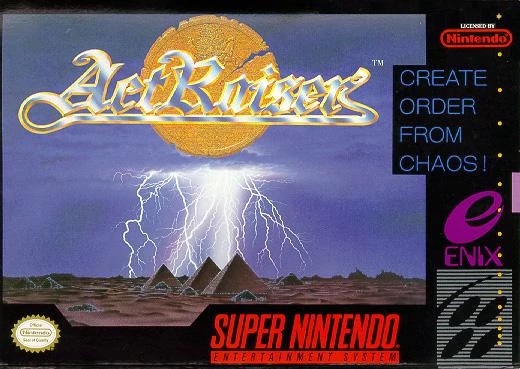 There really isn’t anything quite like ActRaiser nowadays, and that’s sort of always been the case. Even the game’s own sequel on the SNES didn’t manage to strike the same chord. Between its unique blend of action platforming and strategy elements and its fantastic Yuzo Koshiro soundtrack, ActRaiser has been a highly regarded SNES game since its launch.

ActRaiser has been rereleased a number of times over the years, including the Wii Virtual Console. It even got a remake just last year in the form of ActRaiser Renaissance. It was pretty well-received, but it didn’t exactly set the world on fire. So while it’s clearly not a forgotten brand, Square-Enix has yet to properly capitalize on its formula with a real sequel. The remake gives some hope for the future though, and that’s not nothing. 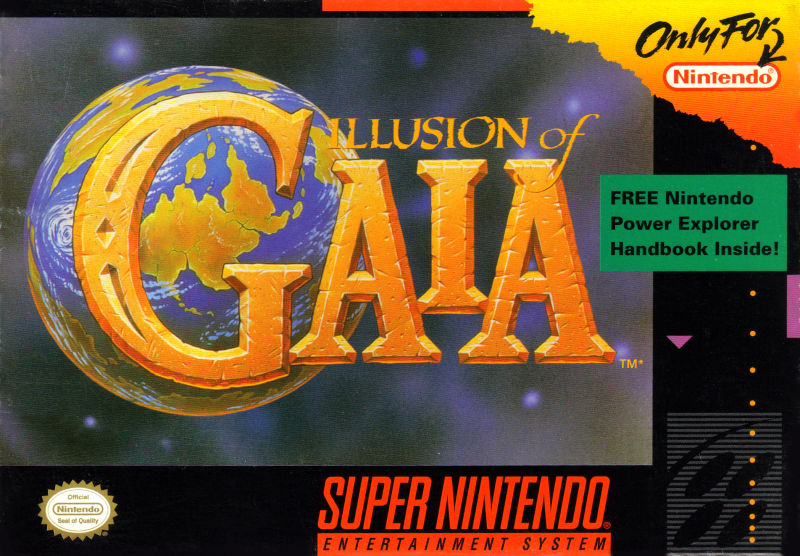 This is a trio of Super NES action RPGs that some folks don’t even realize are related to one another. SoulBlazer, The Illusion of Gaia, and Terranigma represent some of the most well crafted Super NES games in the genre. They’ve had quite an interesting set of release situations though, and the third game Terranigma never saw release in the US at all.

Not only was Terranigma never released in the US, but none of the other games have ever been rereleased either. No Virtual Console, no nothing. The rights to these titles are actually sort of confusing. Since ActRaiser just got remade, we know that Square-Enix at least has the rights to that game which was also developed by Quintet. But none of the rest of them have appeared anywhere. SoulBlazer was published by Enix themselves on SNES, but Illusion of Gaia was actually published by Nintendo, so really, who knows what’s going on with these games? Unfortunately with Quintet no longer active and the rights of their existing titles shrouded in mystery, things don’t look good for the future of these wonderful games. 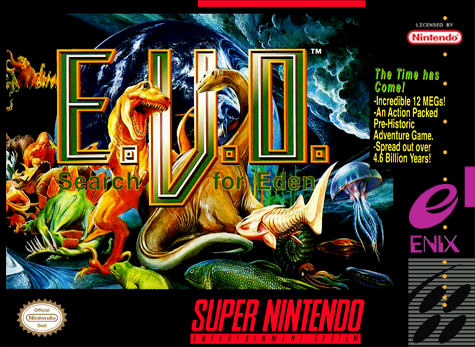 EVO was a one and done IP from Enix that left quite an impact on most of the people who played it. Like ActRaiser, EVO was a unique game among its peers at the time. You play as a creature that continuously evolves throughout the course of the game. It wasn’t perfect, but it was memorable, and not only has a cult following to this day, but also fetches quite a hefty sum on the collectors market.

Square-Enix has never even mentioned this game before as far as I know. The game’s developer Almanic has been defunct for over 20 years, so it’s unlikely that we’ll be seeing EVO ever again. 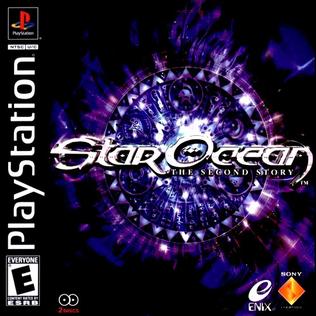 First released in 1996 for Super Famicom, Star Ocean didn’t really pick up steam outside of Japan until the release of Star Ocean: The Second Story for PlayStation. Following that game’s success, Enix continued to release games in the franchise for years to come. It never gained the same level of fandom as Final Fantasy or Dragon Quest, but it does have a dedicated fanbase who would love to see more.

Following a string of releases, Star Ocean has actually been in a bit of a lull for the better part of the last decade with its latest release being Star Ocean: Anamnesis for mobile platforms, which released in 2018 worldwide. That's just a mobile spinoff game though, which means the last proper Star Ocean game was 2016’s Star Ocean: Integrity and Faithlessness for PS3 and PS4. However, that’s all about to change this year with the upcoming release of Star Ocean: The Divine Force coming to PS4/5 and Xbox One/Series. Always nice to see a series like this maintain a healthy release schedule. 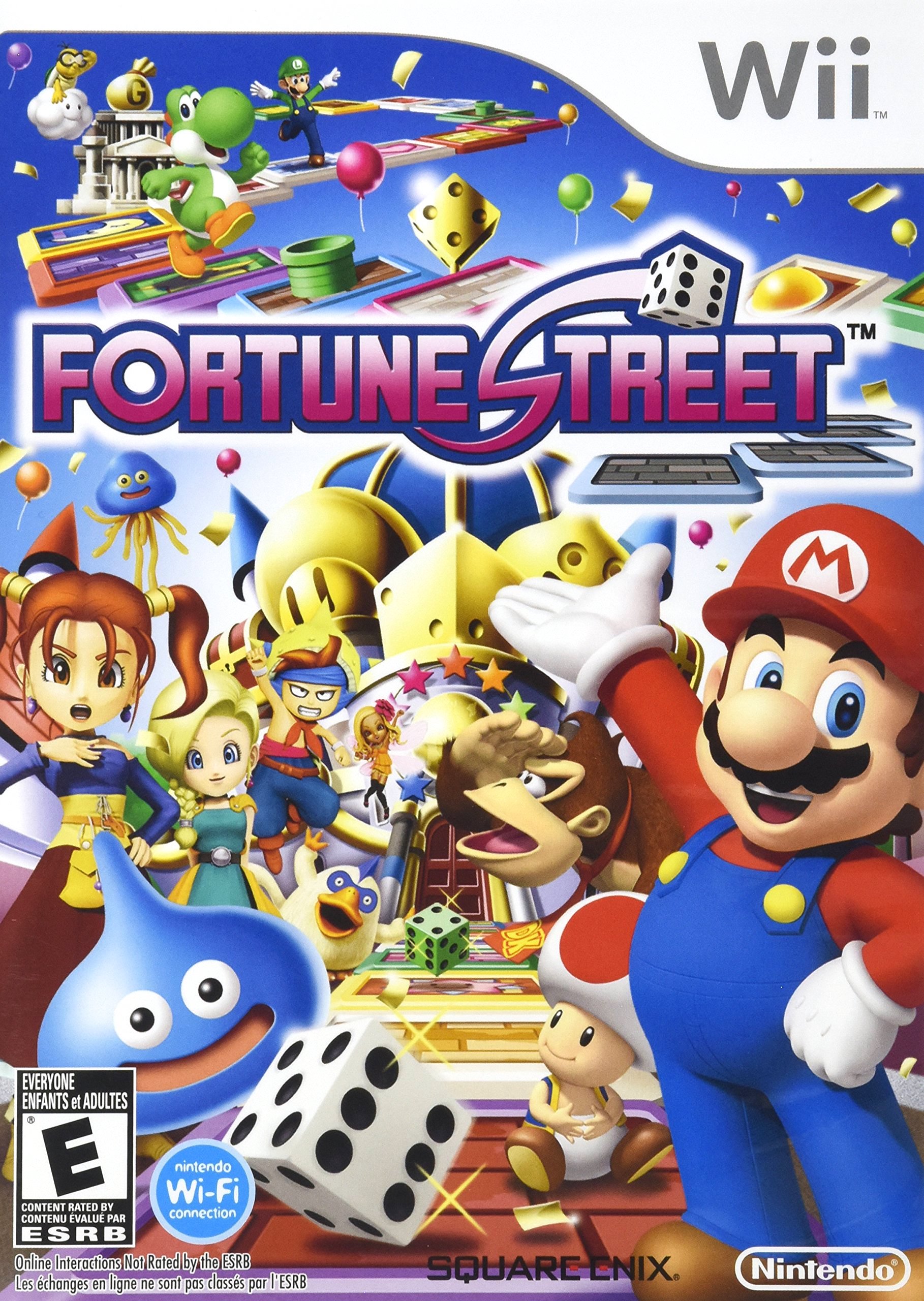 This one hasn’t exactly been a powerhouse here in the US, but in Japan the Itadaki Street series has existed since the Famicom days. It’s not too far removed from something like Monopoly, though it’s quite a bit more strategic. There have been no fewer than 12 releases in the series, many including Dragon Quest characters among others.

Itadaki Street’s only release outside of Japan was Fortune Street for Wii, which was a collaboration between Enix and Nintendo. The game was fully localized for the first time and it featured a combination of Dragon Quest and Mario characters. It wasn’t a sales juggernaut by any means, but it has gained quite a cult following over the years. That wasn’t even the first time Mario had graced a Fortune Street game either, with Itadaki Street DS releasing back in 2007. Since Fortune Street for Wii released in 2011 though, things have once again become quite quiet for the brand outside of Japan. The last release was 2017’s Itadaki Street: Dragon Quest and Final Fantasy 30th Anniversary for PS4 and Vita, which is exactly what it sounds like. So while it’s unlikely the series is completely dead, it might be a while before we ever see it again in the US, if ever.

And that about wraps things up for Enix. Join us next time when we take a look at Electronic Arts' more retro-centric catalog and see what the house that Madden built has been up to with its non-sports content. See you then!