A History of Collecting Sonic

Sonic Origins is here, and it has certainly made some waves, though not necessarily all in a good way. In a lot of aspects, this collection features some of the best looking versions of these classic games that have ever existed, but in some other ways, what made these games as great as they were seems to have been futzed with a little too much. We aren’t going to break down all the bizarre price tiers, menu options, and shockingly bad replacement music here though, because as we like to do here at Stone Age Gamer, today we’re looking backwards! Sega has quite a history of putting a bunch of these games in one place for new players to purchase. So, let’s take a look back at all the times Sega has collected the original Genesis Sonic releases before, and what makes each one special. 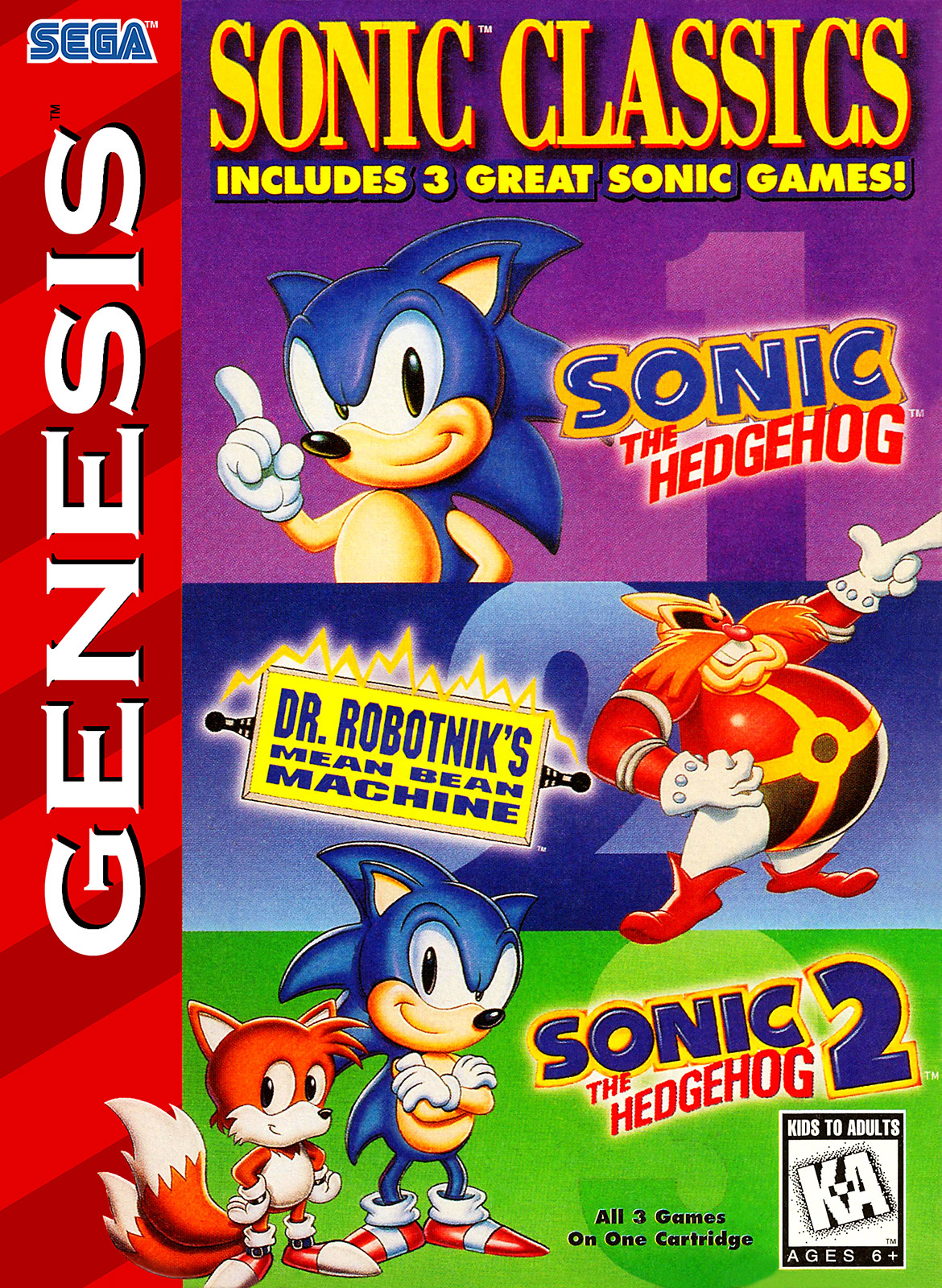 That’s right, there was a Sonic compilation on the Sega Genesis! Didn’t even make it to the next generation of hardware before getting collected in a value pack. This cart contains Sonic, Sonic 2, and Dr. Robotnik’s Mean Bean Machine, which is actually a really great collection. No need to worry about stuff like emulation or the games running properly either because it’s a dang Genesis game, the system where the games came from!

Besides a pretty bare-bones game selection screen, this is literally just the three games dumped on a single cart. Not that there’s anything wrong with that, especially considering when this was released. 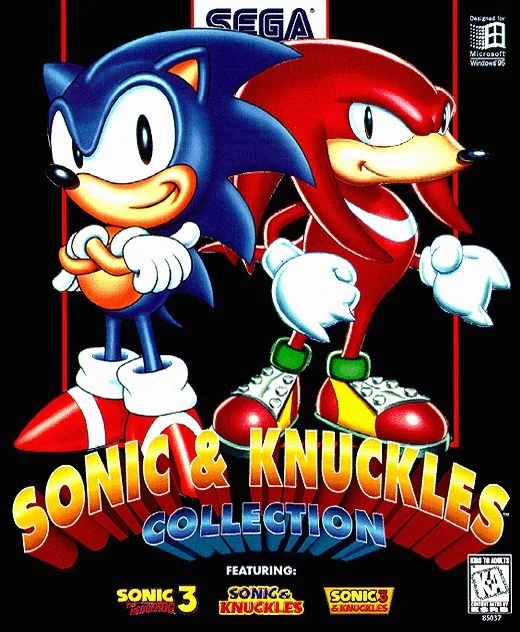 Meanwhile, that same year Sega was making some moves toward porting their games to the PC market, and as you might imagine, that had to include Sonic games. This was a completely different collection than the Genesis got though, this time including Sonic 3, Sonic & Knuckles, and Sonic 3 & Knuckles, which I guess counts as its own game? Whatever.

What’s super weird about his collection is that while the games play more or less the same as their Genesis counterparts (to my knowledge anyway) the music is all redone. That’s because this isn’t just a bunch of emulated ROMs, this was an actual PC port.

Instead of getting recordings of the original Genesis audio, the music is very 90s PC with MIDI instruments galore. This was also the first re-release of these games to include different themes for several stages, likely due to the music licensing issues that have bogged these games down for years. This one uses the original prototype tunes, which are actually pretty good, and WAY better than the renditions used in Sonic Origins. 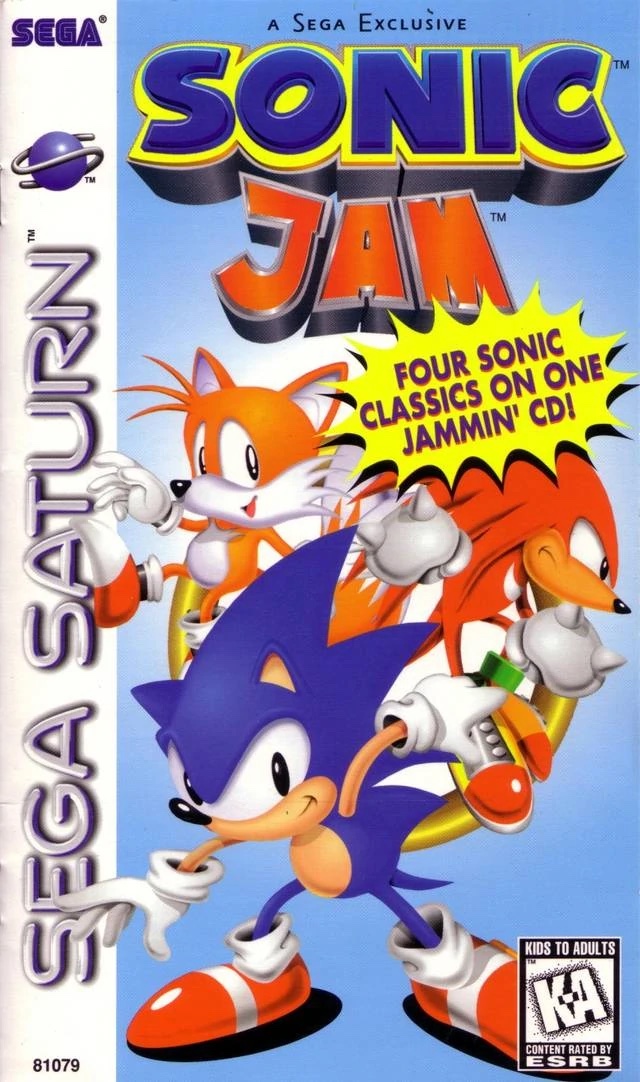 Still in 1997, Sega hit us with the best collection there was, Sonic Jam for Sega Saturn. Yes, Sonic Jam exists for Tiger Game.com too, but the less said about that, the better.

Sonic Jam on Saturn featured both original and enhanced versions of Sonic 1-3 and Knuckles, and they look and play great. What makes this one especially special though is all the extra stuff. You can view all kinds of artwork, old commercials, animations from Sonic CD, and more. Plus, this game features a sort of hub world that allows you to run around as Sonic in a 3D environment for the first time! It isn’t much, but it’s a cool look at what a potential full Sonic game on Saturn could have been. 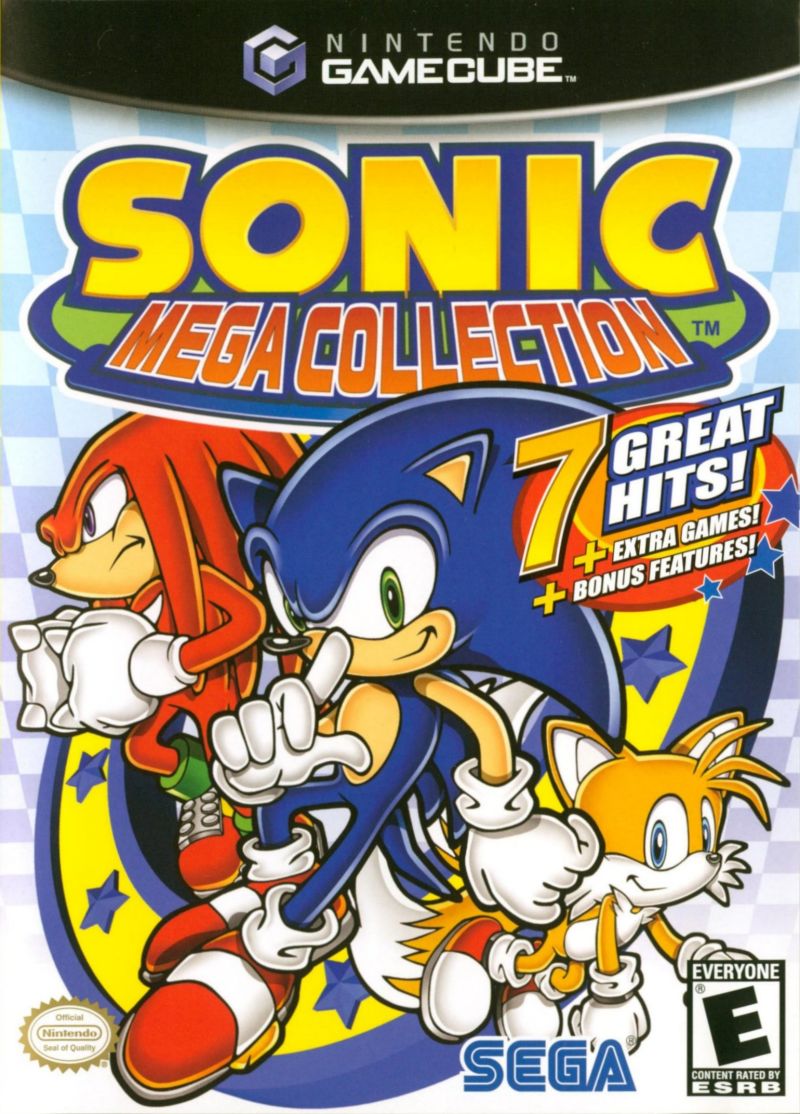 By 2002, Sega had abandoned the hardware market and started putting their games on other platforms. The first place to see a Sonic collection was Nintendo’s GameCube, which was especially weird considering Sonic had been created specifically to annihilate Mario, but history is a weird thing.

Sonic Mega Collection was great. It included Sonic 1-3, Knuckles, 3D Blast, Spinball, and Mean Bean Machine, and features a couple of unlockable games like the Lock-on modes you’d get from using the Lock-on tech in the Sonic & Knuckles cart, and tangentially Sonic-related games Flicky and Ristar. The Japan version also included The Ooze and Comix Zone for some reason, which were left out of the US version for some reason.

There were also scans of a bunch of the Archie Sonic comics, artwork, movies, and instruction manuals, making it a really complete package. The collection was a massive success, and as such, Sega followed it up with even more.

2 years later, Mega Collection got ported to Xbox and PS2, and it included even more stuff than the GameCube original had. Adding to the list of what came before it was Sonic Labyrinth, Sonic Drift, Sonic Chaos, Sonic Blast, and Master System versions of both Sonic 1 and Mean Bean Machine. They also added The Ooze and Comix Zone to the US release as well.

As you can imagine, these collections also performed incredibly well, making Sonic’s vast library of classic games even more accessible than they ever had been before. Of course, it was hard to ignore the fact that PS2 and Xbox owners were getting a much better deal than GameCube owners at the time. This made a lot of Nintendo fans a little miffed, at least until… 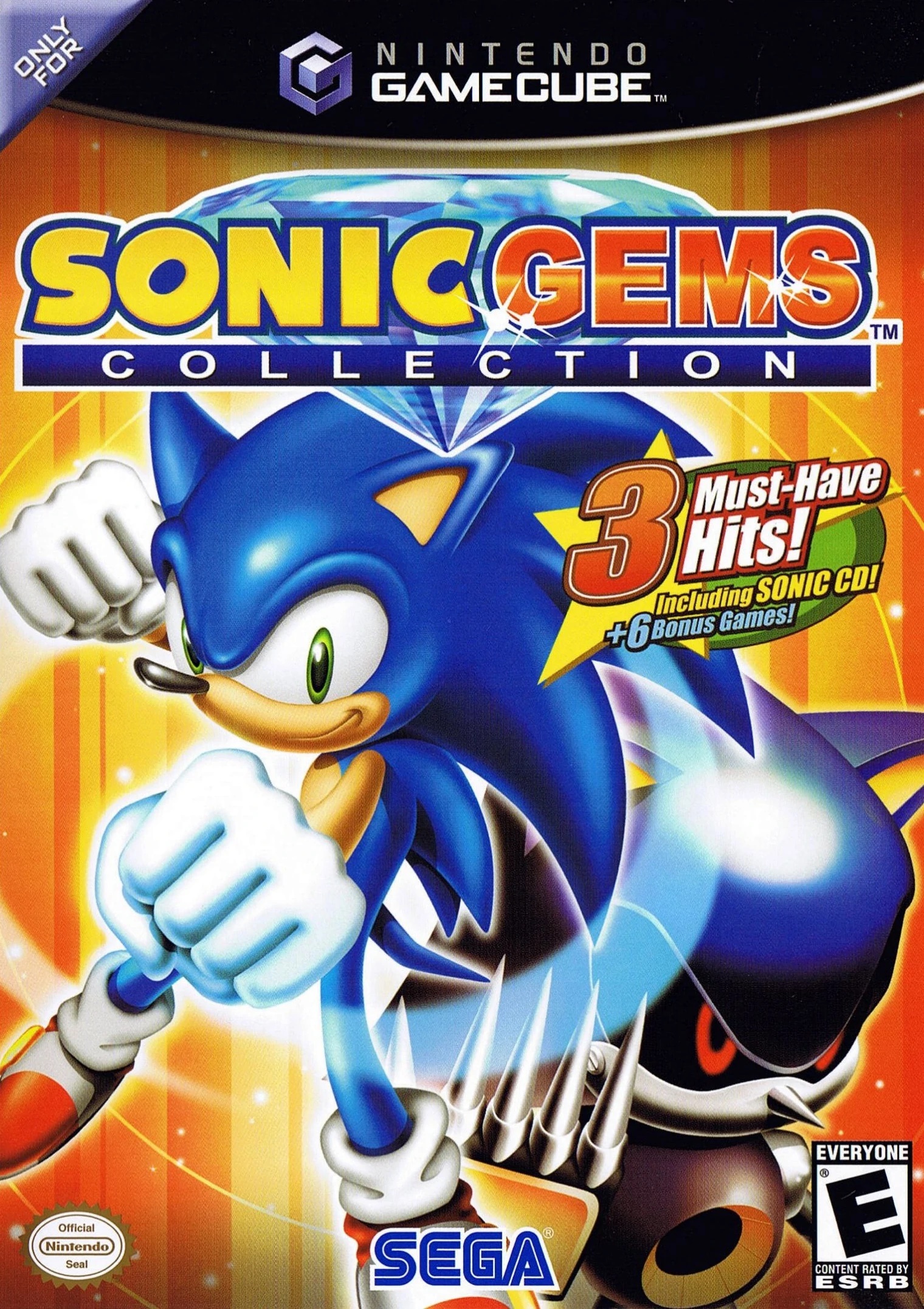 GameCube owners got Sonic Gems Collection, (PS2 owners in Japan and Europe did too) which contained even more Sonic goodness than even Mega Collection Plus. For the first time outside of their original platforms, players could try their hands at Sonic: The Fighters, Sonic CD, Sonic R, Triple Trouble, Drift 2, Tails Sky Patrol, Tails Adventure, and the Master System versions of Sonic 2 and Spinball. Once again, different regions got different unlockables, with western audiences getting both Vectorman games, and Japan getting Bonanza Bros. and all three Streets of Rage games.

This was an outstanding follow up to Mega Collection, and showed once again that Sega knew how to collect their old games for modern audiences. Also, Sonic: The Fighters is super weird. 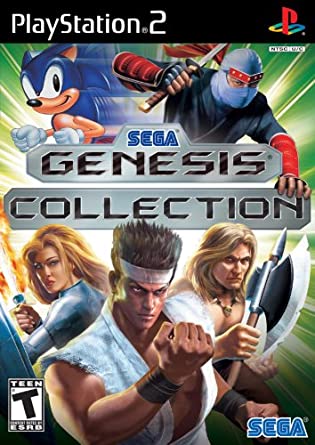 The following year, PlayStation fans got a much more well-rounded collection in the form of the Sega Genesis Collection for PS2 and PSP. This was more focused on Sega as a whole, but it did include both Sonic and Sonic 2, so it bears mentioning here. The emulation is reportedly not so great in this collection, but the issues are fairly minor. 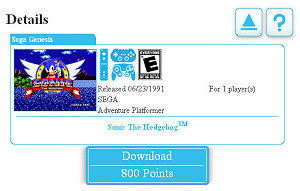 Now this isn’t exactly a compilation, but it is noteworthy. The Wii Virtual Console was a service where Nintendo let you download games to own from various platforms throughout history. This not only included their own platforms, but also competing platforms like the TurboGrafx-16, Commodore 64, and yes, Sega Genesis and Master System. As such, a number of Sonic games made their way to the service, including Sonic 1, Spinball, Sonic 2, Sonic 3, 3D Blast, S&K, and all the Master System games. They all ran great and included their original features and music. 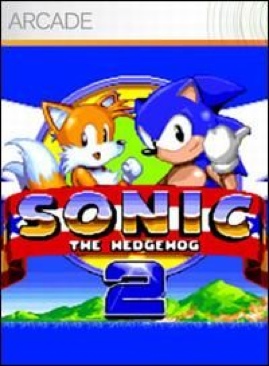 Same goes for Xbox Live, which got Sonic 1, Sonic 2, Sonic 3, Sonic & Knuckles, and the all-important Sonic CD which never made its way to Virtual Console thanks to Sega CD not being one of the supported platforms. Again, these games all looked and played exactly how you’d expect them to more or less, and continued to cement Sonic’s classic games as some of the most widely available ones out there. Which is great, because they’re largely great games! 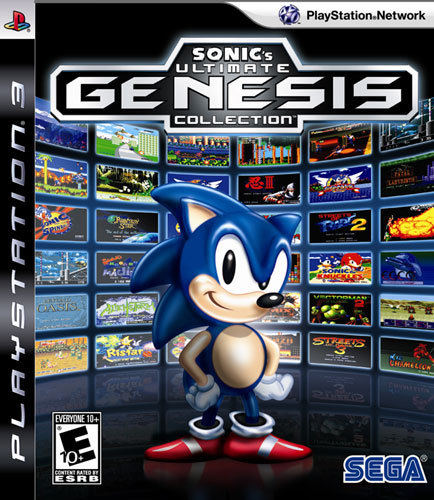 Not a lot to say about this one other than wow, what a great selection of games! It's also, as far as I know, the last time Sonic 3 and Sonic & Knuckles were collected together on a home console. We’ve also got Sonic 1, Sonic 2, Spinball, and 3D Blast, in addition to some absolute all-time Sega classics. This one here was madness, and if memory serves it ran everything really well too. 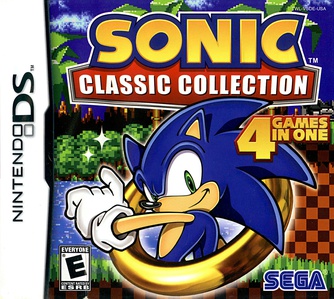 Finally, let’s talk about this compilation. It only contains the first 4 2D Sonic games, and while not as bad as Sonic Genesis for GBA was, still had some not so great technical issues holding it back. More importantly though, to the best of my knowledge, this here marks the last time Sonic 3 and Sonic & Knuckles would appear in any collections until Sonic Origins released a few weeks ago. Sega has seemingly had no issues re-releasing these games in their original formats up to this point, with the exception of that weird PC port back in 1997, but after this, no Sonic collections included 3 or Knuckles. The assumption is that the estates of the people involved in that original music came after Sega for royalties, and Sega didn’t want to give it to them, so some of Sonic’s best adventures remained off the table for well over a decade.

And that brings us to today. There were a couple of minor collections here and there, including Sega Genesis Classics on current gen consoles which runs like utter garbage, but it seems much like how Namco has officially replaced Ms. Pac-Man, Sega has officially replaced the issues holding Sonic 3 and Knuckles back for better or worse.

I do hope the issues plaguing Sonic Origins get patched at some point because these games deserve to be kept alive the way they have been since their original releases up to this point. Every collection may not have been a masterpiece, but it’s more than a lot of other franchises get, and with Origins being such a great idea, it’s a shame to see it falter at the finish line like this.