Why Should Anyone Play Atari Today?

Atari is in a strange position right now. Their brand awareness in the video game industry is considerably higher than it has been in ages thanks in large part to the brilliant Atari 50: The Anniversary Celebration from Digital Eclipse. Atari has put a ton of effort into making the company’s 50th anniversary a special one, and they’ve been largely successful. Sure, they’re still doing all that weird blockchain NFT garbage, but outside of that they’re really putting a lot of effort into reinvigorating the brand itself. Not all of these moves make a lot of sense to me, like the continued support of the Speaker Hat and some absurdly expensive watches, but the stuff they’ve been doing in their games department has been quite a ride.

The big question mark at the center of it all though is their flagship hardware, the Atari VCS. This thing was assumed by many to be a scam or vaporware similar to the Intellivision Amico for ages, but against all odds the unit actually came out, and people bought it! Not, you know, a lot of people, but the system has its fans, myself included. It’s terribly flawed, and a niche console if there ever was one, but there’s some real potential there. 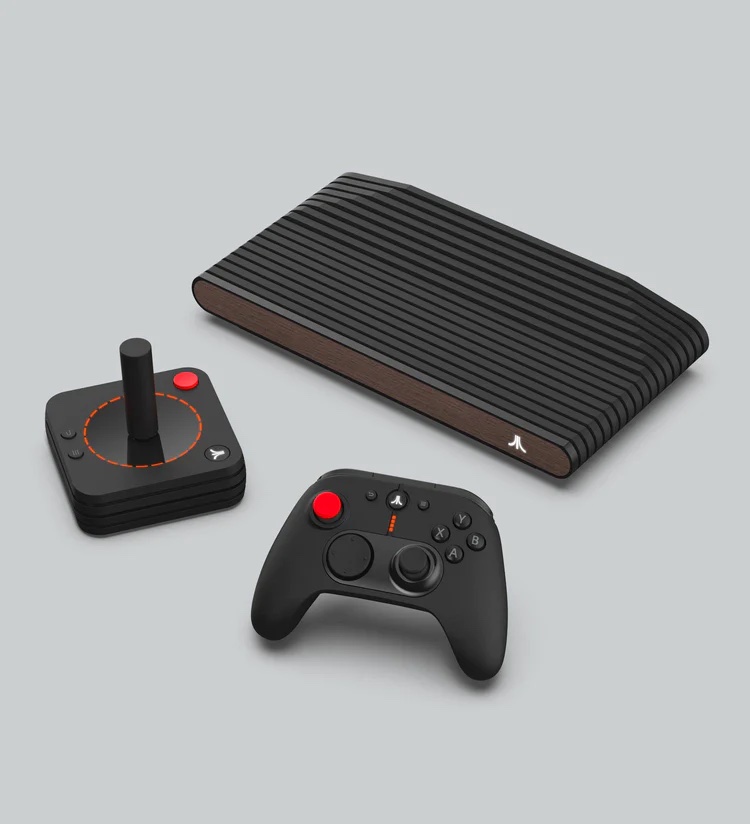 The future for the console is a little cloudy though in light of a recent report that mentioned production of the system has been temporarily halted. A lot of folks jumped at the opportunity to interpret that report as meaning the VCS was being discontinued, but that’s not the case. The system has definitely not been an overwhelming success, but it's not an abject failure either, and Atari seems intent on finding a future for the unit.

So while things aren’t great, it doesn't seem like they're ready to pull the plug just yet. According to their report, they’ve terminated their current manufacturing contract, presumably because they have more than enough quantity on hand to keep up with the meager sales they've been seeing lately. (The system really hasn't been selling much at all), and there’s some sort of complimentary hardware things in the works, whatever that means. There’s also apparently a renewed focus on finding new ways to market the console, which certainly says to me that they aren’t interested in abandoning the VCS or its audience just yet, which is nice. So, what exactly is their path forward? Here are some suggestions.

The aforementioned brilliant Atari 50 landed on all major platforms with as much celebration as anyone could have possibly hoped for. Digital Eclipse did spectacular work on this collection, and providing historical context to these dusty old Atari games has helped no small amount of people learn to appreciate them in a way they never have before.

The game was delayed for the Atari VCS though, which was a real bummer for those folks holding out to purchase it on actual Atari hardware. The wait wasn't terribly long though, and It finally made it out to the Atari store on December 20th 2022, and it seems like it was tailor made for the platform. The joystick works brilliantly with the new stuff and the old stuff, and there’s really something special about experiencing this interactive Atari documentary on an Atari system with a joystick in your hand. 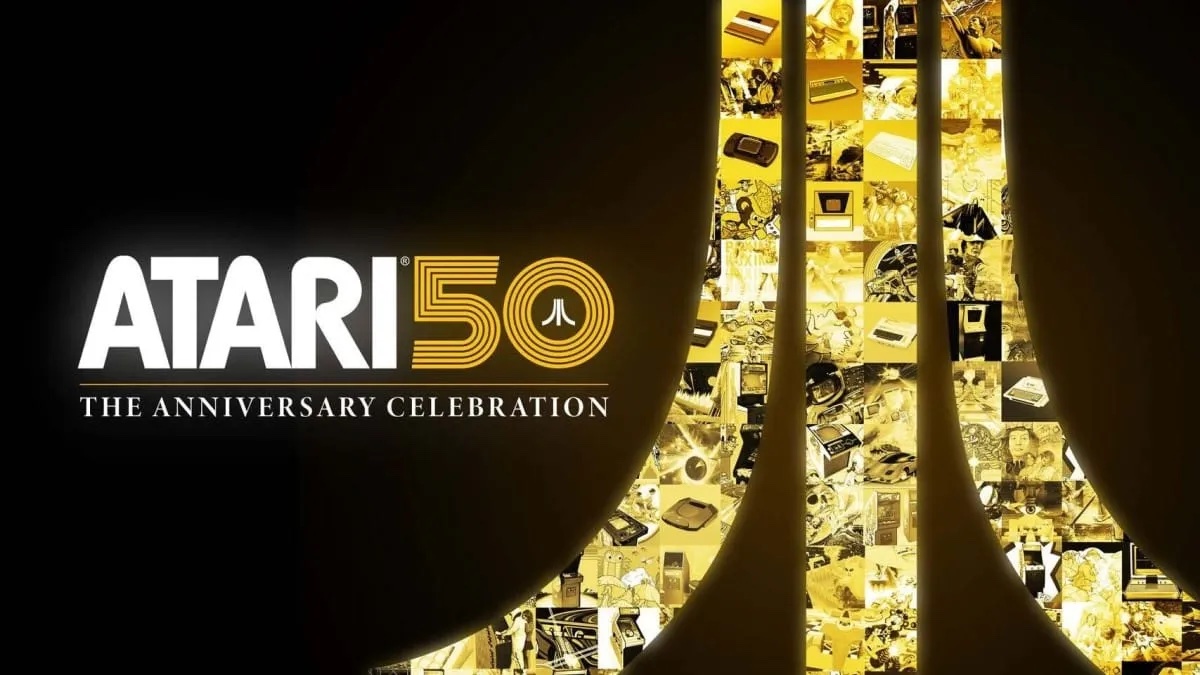 That’s why this game should become a pack-in title for all future Atari VCS sales. I know it’s an expensive proposition, but seriously, no Atari VCS should be without this game. The Atari VCS is never going to be able to compete with the PlayStations and Xboxes of the world, but it doesn’t have to. In addition to being a neat little mini PC you can install your own operating system into and stuff, using it as a console that caters to the kinds of games that made Atari what they were in the first place is where this thing thrives.

Currently, the VCS comes with a game compilation called VCS Vault Volume 1, which is fine. But it doesn't do those games nearly the same level of justice as Atari 50 does. If they want to entice people to make a place for the VCS in their homes, Atari needs to present their own legacy in the best light possible, and Atari 50 fits that bill.

I like my VCS a lot, but the only reason I own one is because I got it on the CHEAP. I was lucky enough to grab the All-In Bundle when GameStop was clearing them out for a paltry $100. That’s a heck of a deal, but it’s hardly a realistic price point for Atari moving forward. Right now, the base unit costs $199. That’s the black system, VCS Vault vol. 1, and no controllers at all. The all-In Bundle regularly retails for $299, and that’s the one that comes in the classic woodgrain color, includes both a standard controller and joystick, and VCS Vault. When you look at the market right now, if there's one system that is in direct competition with the VCS, it's the Switch. The low end model, Switch Lite, starts at $199, and can be played right out of the box. The standard Switch is $299, comes with a controller, and has access to a library that absolutely dwarfs the VCS in just about every possible way. If the VCS is going to exist in the same market as the Switch and whatever Nintendo comes up with next, it needs to position itself as a great value to the people who want a system dedicated to that kind of gaming. 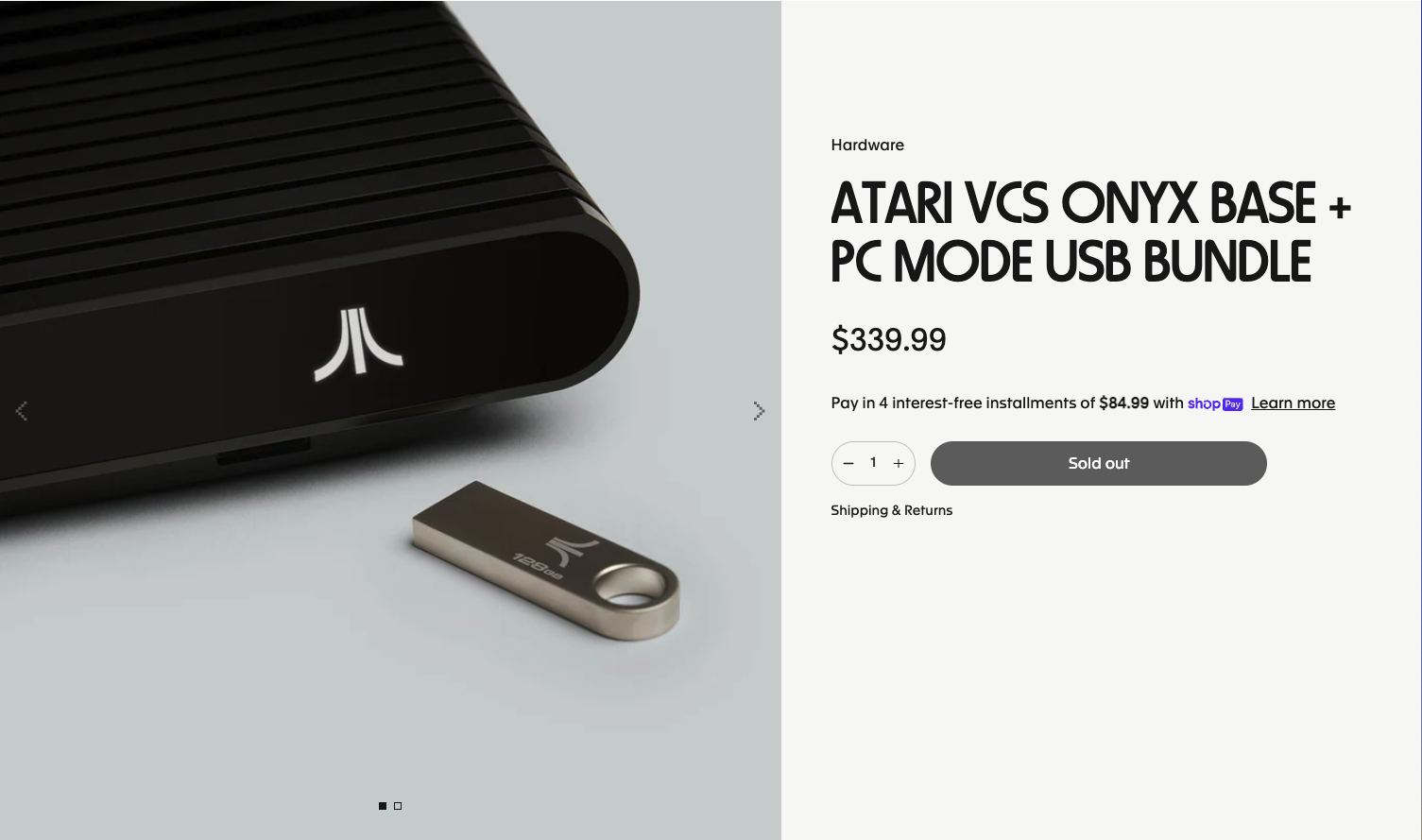 If I were in charge (which I most definitely am not) I would price the All-In bundle at $199, and swap out VCS Vault for Atari 50. I’d also drop the base unit altogether. The system’s physical aesthetic is such a huge part of its draw, and that beautiful joystick is an enormous part of that. It’s not a perfect controller, but it’s pretty great, and it’s a huge selling point for the VCS itself.

The great thing here too is that there’s no real need to create a successor to the platform any time soon. It doesn’t need any more power for the kinds of games that are being made for it. Simple games like the Recharged series run just fine on the hardware, which will only get less expensive to produce over time. $199 is the sweet spot. I know Atari isn’t swimming in cash and a price that low is a bit of a risk, but I think it’ll help them get more consoles in homes, and in theory, they can make up the difference elsewhere.

A Major System Update is Required

The VCS is such a cool-looking machine, and its UI is super slick, except that it runs like it’s about to shatter like glass at any moment. Even the system’s awesome startup screen rarely runs without major visual glitches, which is nuts. Everything about the UI is slow, laggy, and poorly optimized. It's incredibly stylish and when it does what it's intended to do it looks great, but it needs to run smoother. When you put the system in sleep mode the fuji logo blinks annoyingly instead of a cool fade in and out. When you sync multiple controllers at the same time they act WEIRD. Like, if I’m playing Yars Recharged with the standard controller, then decide I want to switch to the Joystick, when I sync the joystick both controllers register as player 1. This causes all manner of fun problems. Also, getting back to the home menu is a pretty painful process. Navigating in and out of games is clunky at best, and when your games are this fast paced, being able to switch between titles quickly is a must.

Now, I don't know much about video game hardware workings, but I can’t imagine this operating system is actually too powerful for the VCS to handle well. It just needs someone to make it work right. It’s so close to being as cool as the system that’s running it, but it needs to be better. The VCS has to be more than a pretty thing that sits on a shelf, it needs to be intuitive and fun to use. An OS overhaul is a must.

I don't know how much longer they’re going to be able to crank out these Recharged games. Granted, they're spectacular and they should ride that train for as long as they possibly can, but they need more. They don't even need to be exclusives, they just need to be the kinds of games that appeal to the same sensibilities that work on the platform. Continuing to mine the company’s past is a solid strategy. Atari Mania was a good time, and the Recharged games are great. Now that Atari 50 is up and running on the platform, there’s excellent emulation options available to get a larger library of classics from the Jaguar and Lynx on the shop. Port more of Atari’s recent titles like Pong Quest to the platform. But most importantly, keep the originals coming. Kombinera, Donut Dodo, BPM Boy, games like this are what the VCS needs like none other. I bought Donut Dodo on both Switch and VCS because while I loved it on Switch, it just felt like the perfect kind of game to play on my VCS too, and it’s this kind of mentality that Atari needs to capitalize on. Some games just feel right on certain platforms, and they need to get their hands on as many of those kinds of games as they can, even if they aren’t exclusives. 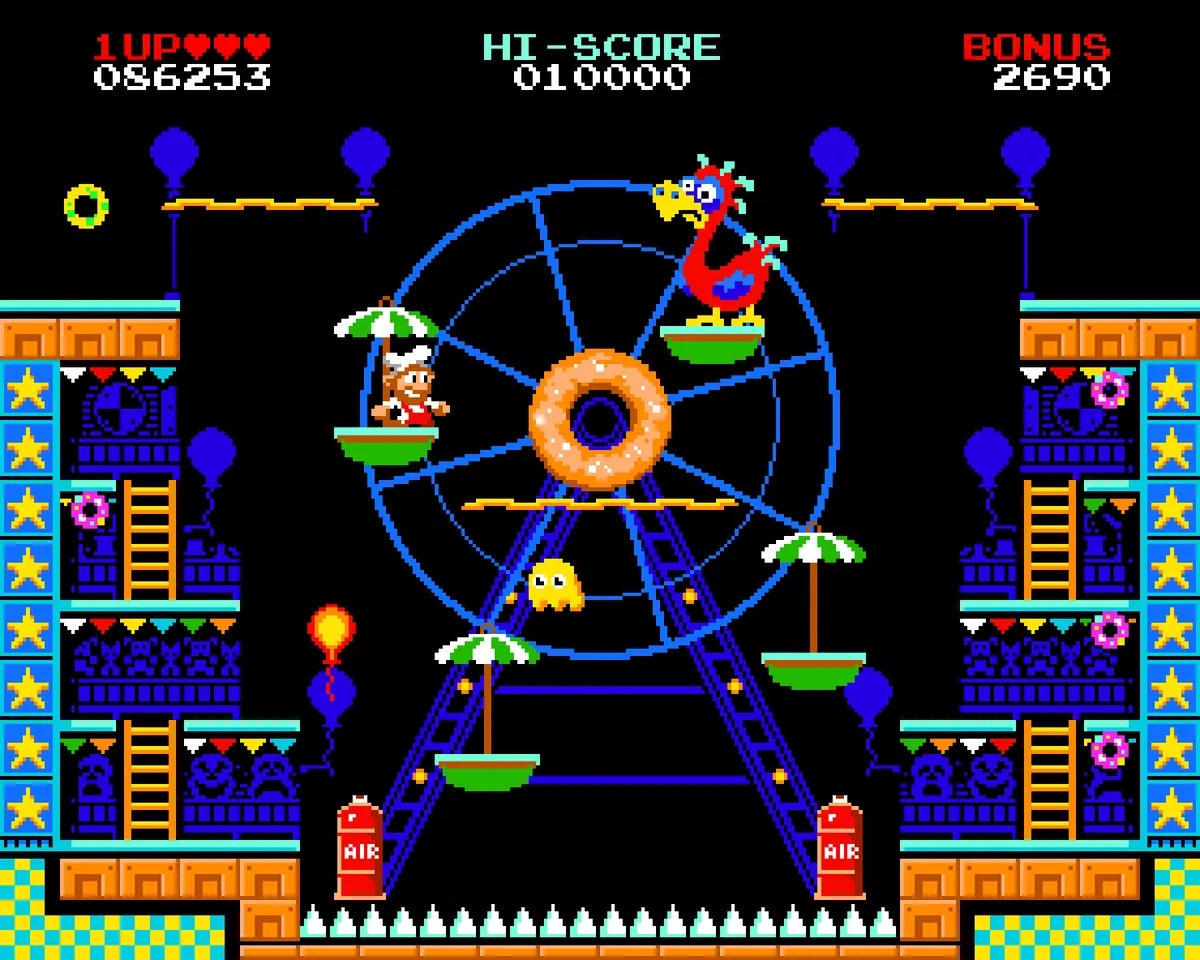 Heck, dig down and mine the Amico well. At the very least, get that awesome Breakout game from Choice Provisions on the VCS. That system is never coming out, and some of its games really did look like they would have been fun to play. Swoop in and get some of those “in development” games on the VCS instead, and then sell the system to all those folks who thought the Amico was a good idea.

What I’m getting at here is that the games are what counts. The Switch is an absurdly successful platform but the majority of its games aren’t exclusives. Console exclusives aren’t the be-all-end-all like they used to be. It’s about making a system that folks want to play their games on, and the VCS can be that.

As much as it pains me to say, the core conceit surrounding the Intellivision Amico wasn’t a terrible one. Having a device in your house that’s dedicated to playing simple, pick up and play games above all else is kind of a cool idea, and it’s more or less how I use my VCS now. If Atari plays their cards right, they could turn the VCS into a moderate long term success. They’re never going to be the industry giants they once were, but their brand still has plenty of life left in it. I’m glad I own a VCS, and I’m hopeful that many more people will in the future too.