Terra Onion, makers of fine flash carts like the Neo SD, Mega SD, SSDS3, and more, have set their sights on the Sega Saturn and Sega Dreamcast. The results of their tireless efforts are called MODE. 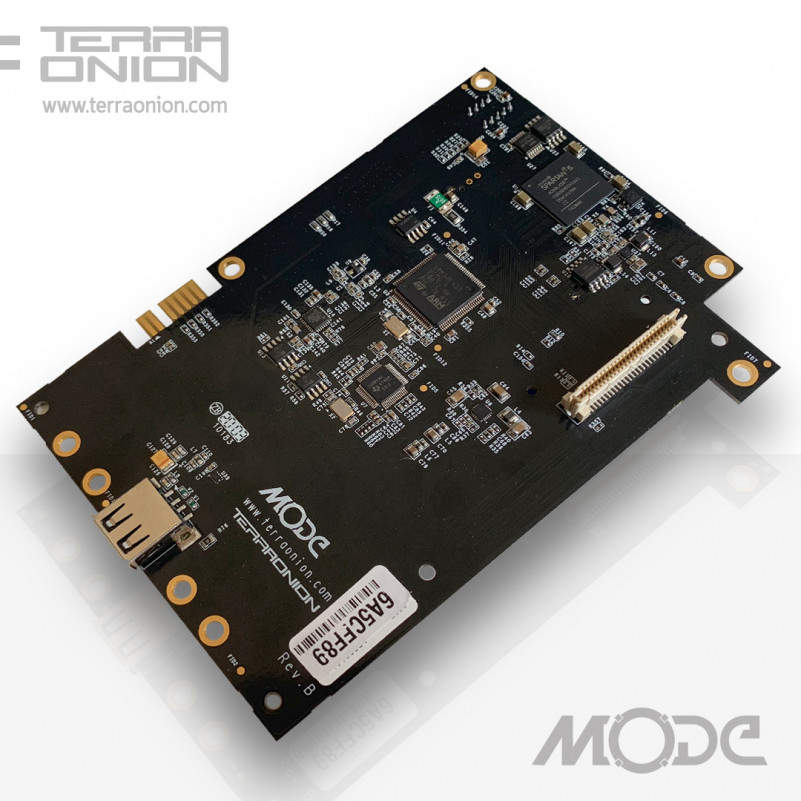 This is MODE, which stands for Multiple Optical Disc Emulator. That’s a fancy way of saying it’s basically a “flash cart” for Saturn and Dreamcast. Of course, it isn’t a literal flash cart, but it’s the same basic principle.

The unit is plug and play, and doesn’t require any sort of complicated mods to install. According to Terra Onion, all you need is a screwdriver. Once your system is open, you just have to unplug a few things, and plug them back into MODE. Easy as pie. (Probably easier. Making pie is pretty complicated.)

This is the same regardless of which platform you’re working with, too. Once you get it in there, it automatically knows what system it’s plugged into, so there’s no guesswork necessary on your part. 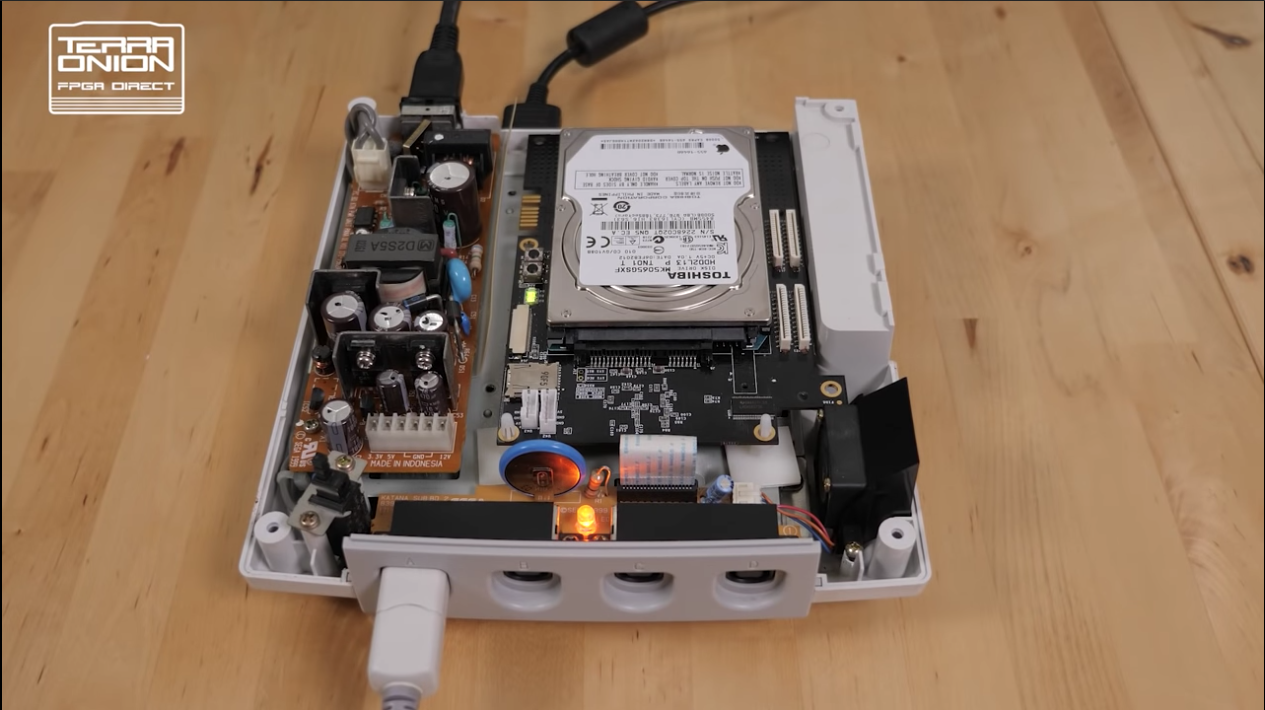 MODE is designed to work on all revisions of both the Saturn and Dreamcast, and supports standard Bin + Cue images, as well as GDI, CDI, CCD, and MDF, if you’re into that sort of thing.

What does that all mean? Well, to put it simply, MODE will allow you to play your legally obtained game backups on your original hardware, effectively replacing the disc drive with a much more stable medium.

Unlike the ROM files used in most of our flash carts, the file sizes for CD-ROM and GD-ROM based games are considerably larger than what you’d find in a standard Sega Genesis cartThis being the case, Terra Onion has designed MODE with more than just SD cards in mind.

Speaking of storage, since these units effectively bypass the disc drives, that also means they cut down on load times! 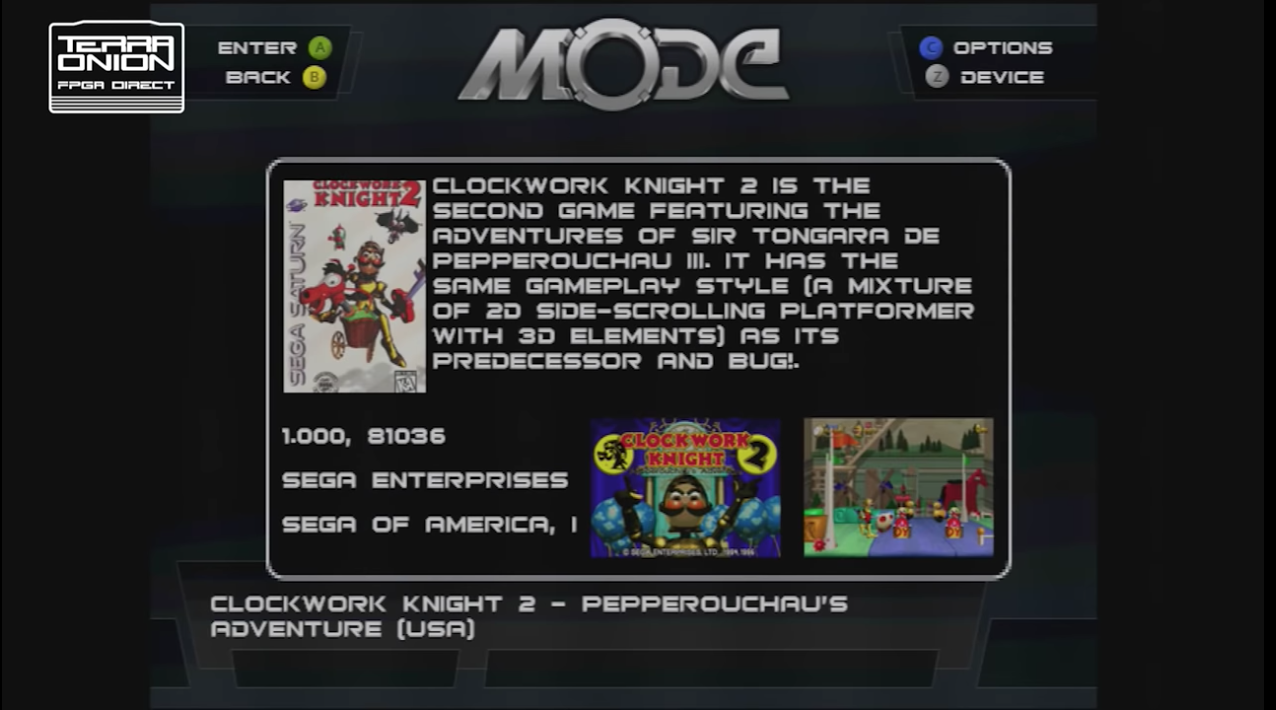 The fine folks at Terra Onion didn’t just stop at functionality though, they also put a ton of work into the visuals. Mode’s menu system comes in two flavors. There’s a basic one for folks who just want to keep it simple, but there’s an optional visual mode that shows off box art, screenshots, and descriptions for every game you have on your unit!

If you'd like more information on MODE, including pricing, release dates, and more, just sign up here: