With the majority of the planet stuck indoors with an abundance of free time on their hands, it’s easy to look at your backlog and say “Yeah, this is the time to tackle all those games I haven’t beaten yet.”

Countless Steam libraries, Switch eShop sprees, PSN accounts, and more are being picked at in between sessions of Final Fantasy VII Remake and Animal Crossing: New Horizons, but I have a question.

Have you played Atari today? 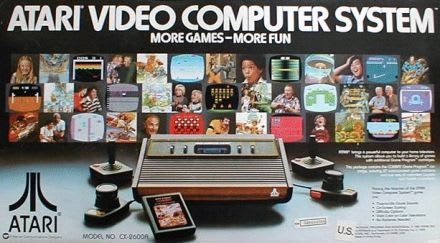 Atari 2600 games are pretty antiquated by modern standards, but I’ve always been of the mind that fun is fun, and these games are absolutely still fun, in the right setting. That right setting is with a friend or loved one at your side trying your level best to figure out exactly what the heck the game actually wants you to do.

That, or playing some genuinely fun old school games that still hold up today. So here are a few suggestions that could fill your gaming days with something a little different.

This was basically how gaming was done back in the old days. It was more about collecting points than reaching an ending of some sort, and the Atari 2600 is positively brimming with great games to score attack your friends with.

The first thing you’re going to want to do is get yourself a pen and paper. Yes, I know, that sounds completely insane for playing a video game, but trust me, getting a pad of paper and something to write with is going to make nearly all of these experiences better.

For score attack games, the carts themselves aren’t going to keep your high scores all the time, so you’re going to want physical evidence of your accomplishments. It also helps that play sessions in these games don’t take forever. 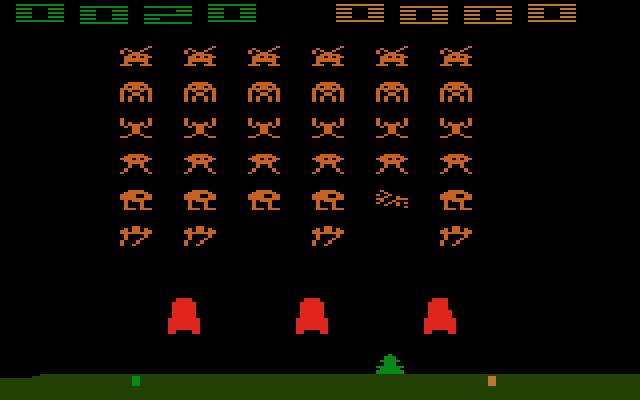 Space Invaders is a great place to start. Everyone knows Space Invaders, and even if they don’t, the concept is pretty simple. As far as entry points go, this is about as good as it gets. What’s more, the Atari 2600 port of the game is magnificently fun.

Asteroids and Missile Command would be my next recommendations, but seriously, the well here is bottomless. Kaboom!, Midnight Magic, Megamania, there’s so many to choose from.

The other good point with these games is that for the most part, they’re self explanatory. Even kids can understand what it is you’re trying to do, and since they’re pretty action focused, they’re fun for all ages. 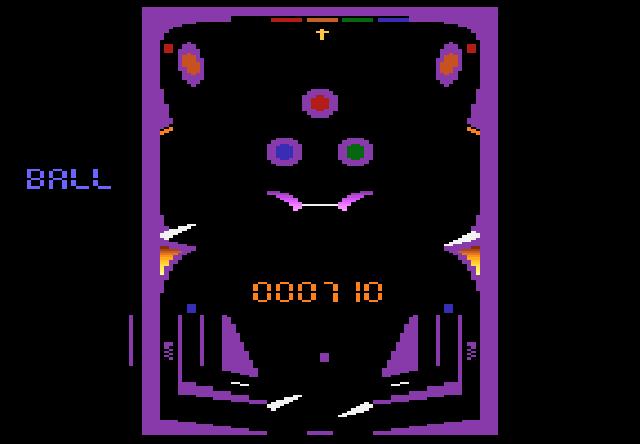 Of course, you could get into some of the more complicated stuff like Yars’ Revenge where there’s a little more to actually do than just point and shoot, but no matter how you swing it, the Atari 2600 is very good for this kind of gaming.

Figure Out How to Beat Something

This is where the real fun of the Atari 2600 can come into play. This is also where that pad and pencil will be really handy, because it’s mapmaking time.

More complex 2600 games were a hard thing to pull off because of the system’s limitations. When it came to games like this, the player was relied on to create their own maps and figure out what the heck they were supposed to do.

Take Adventure, for example. All it takes is a quick look at the instruction manual (easily found online for free) to get the gist of what it is you’re trying to do. But actually doing it is a horse of a different color. 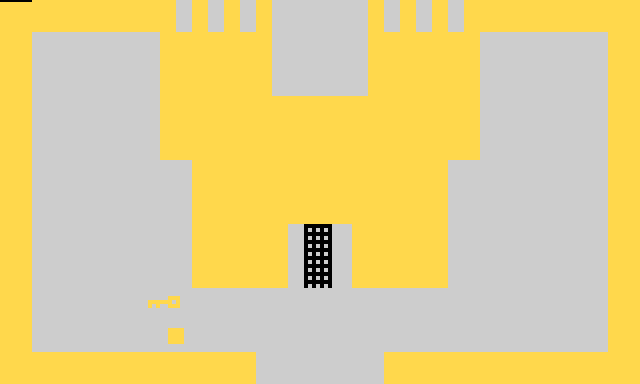 Having one person act as the player and another as the cartographer is a fantastic way to pass the time, especially considering how completely bananas the map for Adventure actually is. The areas don’t really line up, so you have to make some pretty complex maps to figure out where you’re going. Marking down where keys and dragons are hiding keeps things interesting, too.

Once you have Adventure under your belt, and you’ve found the secret Warren Robinett room, there are several places you can go from here. If you want to stick with the Adventure vibe, you can check out the SwordQuest titles. The story behind these games is pretty fascinating, but be warned, these games aren’t actually very good. HOWEVER, they can be fun in this kind of setting.

Much like Adventure, at first glance, the SwordQuest games are a complete mystery. When I played through the first one of these with a friend, we actually skipped the “figure it out” step and went straight through to a walkthrough and spent the rest of our time trying to actually execute what they wanted us to. It was bad, but it was incredibly fun.

If you want to try some actually good games, then my next recommendation would be Raiders of the Lost Ark. Again, you can do this one with a walkthrough in hand, or try and decipher it yourself. If you have the time, I would definitely recommend the whole “figure it out yourselves” route. If there’s more than one of you, I imagine that would be pretty darn fun and actually very rewarding. 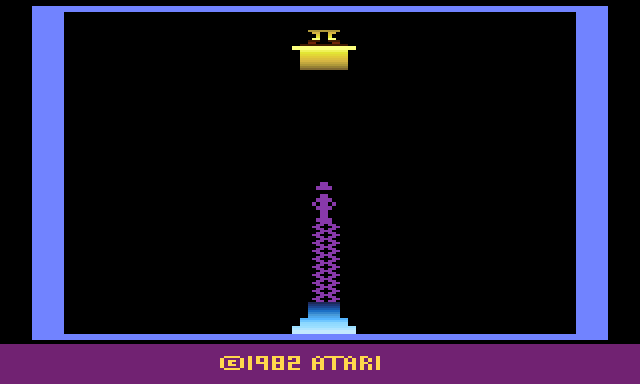 This game is completely nuts, and actually executing what it is you need to do to win is very difficult, but I had a ball playing this one just 2 years ago with a friend for the first time.

If you’re feeling a bit more bold, you could also try to figure out and beat games that many consider to be not very good, like Superman and ET. In truth, both of these games can be very fun if you take the time to learn them, and if time is what you have, it’s a pretty neat experience to see what the programmers were going for here. They aren’t masterpieces, but they’re fascinating little games once you get past the initial shock of “what the heck am I even looking at?”

If you’re tired of bashing your head against the wall, or you’re just looking for a more general feeling of accomplishment, there are actually a couple of games on the 2600 that can be “beaten” with relative ease. Or at least, without being head scratching in relation to what it is you’re supposed to be doing.

Haunted House is a really easy one to get a grip on. You explore the haunted house, find the pieces of the urn, make it out alive. The end. Start on the easiest difficulty, then work your way up to the harder ones. This game is a freaking blast to play, and it’s extremely likely that you’ll die a lot. Switch off lives with your friend, and you’ve got yourself a really good time.

Jungle Hunt is even more straightforward, and can be beaten super fast once you get the hang of it. It’s incredibly fun, too. This one can quickly become a speedrunning competition, or even a score attack kind of thing. 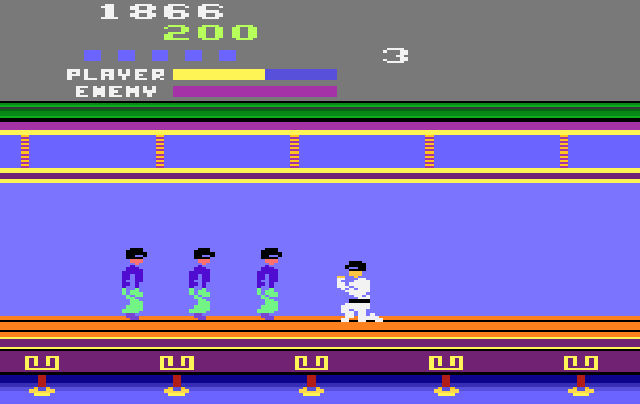 Kung Fu Master is another great one to fill some time with. The Atari 2600 port of this game is actually pretty spectacular and very playable. It’s a great game to begin with, and it has a finite ending. Score!

Finally, let’s not gloss over Pitfall. Yes, this game can be beaten, but it’s actually pretty tough to do so. Working your way through, coming up with the right strategies, and mapping it all out on paper though, is what makes this simple running game an adventure. And once you’re done with that, you can tackle the immensely cool Pitfall II: The Lost Caverns, and hear the wonder of legitimately catchy video game music coming out of your Atari 2600. 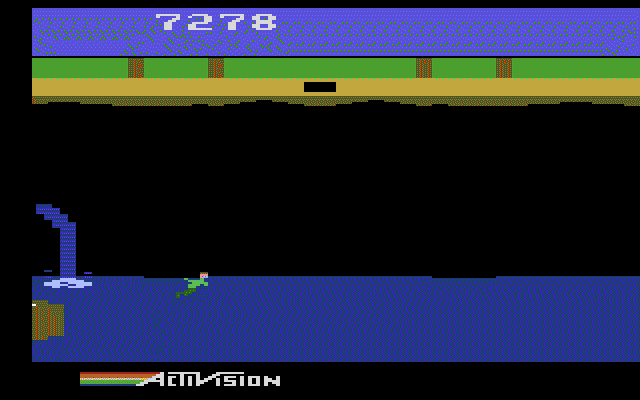 Finally, we have actual competitive multiplayer. These are the games where each player has a controller in their hand and the games are fun to a near infinite degree, skill levels considered. Naturally, if you have one player who’s a wiz at this stuff and another who constantly loses, the fun is going to dry up real quick, but if you’re more or less on the same skill level, these games rule.

Surround is a good place to start. Lots of people know this game as Snake or some variation for early mobile devices, but here on the Atari 2600, it’s called Surround, and it’s awesome. Just try to surround your opponent, and that’s it. Simple, effective, endlessly fun. 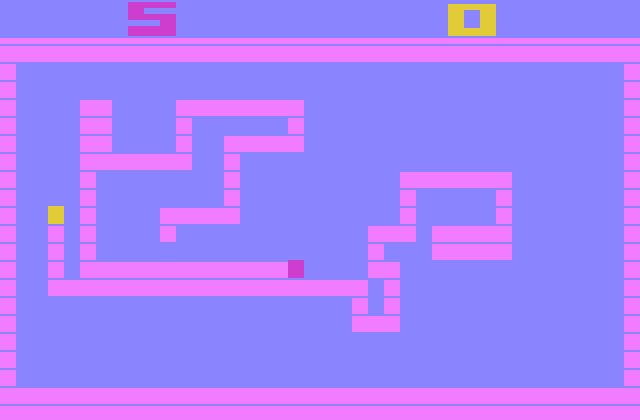 Or how about some tennis? Activision’s Tennis is a great, simple iteration of Tennis, and Video Olympics is basically a big ol Pong collection. Batting a ball back and forth is as classic as video games themselves, and hey, if you want to take that concept in a different direction, you can always play some Super Breakout too.

But the heaviest of heavy hitters in the world of multiplayer Atari 2600 games, in my opinion anyway, would have to be Combat and Warlords. Both of these games in the right hands are absolute treasures.

Combat has a ton of variations to work your way through. Once both players get the hang of the controls, curving your shots in mid air, rebounding your shots off walls, or getting a read on where your opponent’s invisible tank is on screen, are all relentlessly fun. Add in planes and jets, and you have at least an hour or two of great competitive combat at your fingertips.

Warlords is one of those games that really needs no introduction. Put it in, start the game up, and just watch what happens. If you’ve never played it before, you’ll be in for a pleasant surprise. If you are familiar, well then you know how much fun it is. 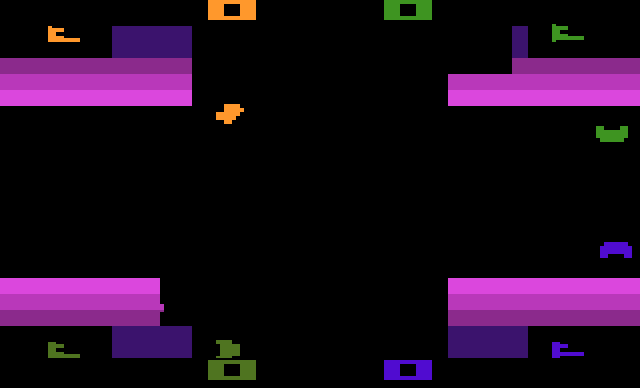 The Atari 2600 library still has a lot to offer. No, it isn’t the most attractive thing you’ll ever see, but it’s a kind of gaming that isn’t really done much anymore. The point of the games is the social aspect. Even things that seem solitary are better played with someone else interacting in some way, be it with a controller, a pencil, or even just existing near you, helping you interpret the boxy visuals.

There are certainly worse ways to spend your time, and you get a great history lesson in the process.

So, have you played Atari today?