Atari is 50 years old, and they’ve been announcing all manner of stuff to celebrate the occasion. There’s another pair of their Atari XP releases of Missile Command and Adventure, and they’re pretty nice-looking things, albeit a tad on the expensive side. They also put their Atari VCS console on sale, added their recent “Recharged” games to Google Stadia, did an interview with G4, and more. However, none of that stuff even begins to compare to their upcoming game compilation Atari 50: The Anniversary Celebration.

In case you missed it, here’s the trailer

There’s a lot to unpack there. First off, it’s being developed by Digital Eclipse. These folks know how to make a compilation, and have an excellent track record to prove it. This isn’t their first time tackling Atari stuff either, having also been behind the pretty excellent Atari Anthology for Xbox and PlayStation 2 back in 2004. Digital Eclipse has really upped their game since then though, and it looks like this collection is going to be something truly special. 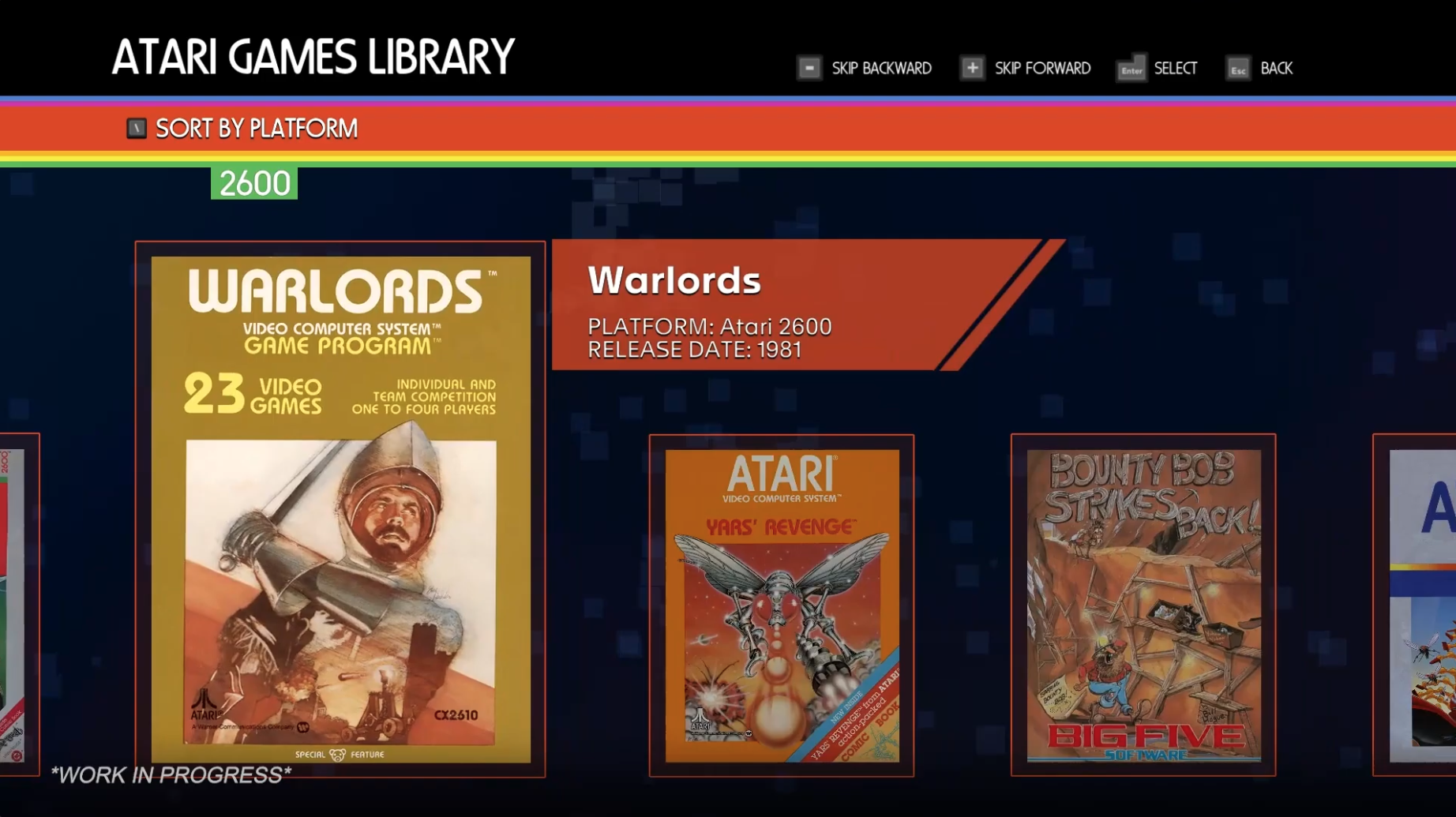 An emphasis seems to have been placed on historical significance and context this time around. The collection promises all manner of interviews and information regarding not just when the games were released and how they were made, but also what made them significant at the time of their release. It’s one thing to have 3D Tic Tac Toe in an Atari collection, and it’s another to explain why anyone should care. They totally should too, because 3D Tic Tac Toe is pretty darn fun.

The game selection is another thing to get excited about because it’s a more complete celebration of Atari’s history than has ever been compiled before. Collections of their arcade and 2600 catalogs are nothing new, but this time they’re including Lynx and Jaguar games as well. Whether or not that includes Jaguar CD remains to be seen, but either way this is a huge win for Atari fans. Lynx and especially Jaguar are notoriously difficult systems to play today. Lynx games have been collected for the Evercade, but even in emulators, many Jaguar titles remain unplayable for most. Granted, the Jaguar’s library isn’t exactly stuffed to the gills with all time classics, but there’s still a lot worth playing there, and having a collection like this bring those games to a bigger audience than ever before is really cool. 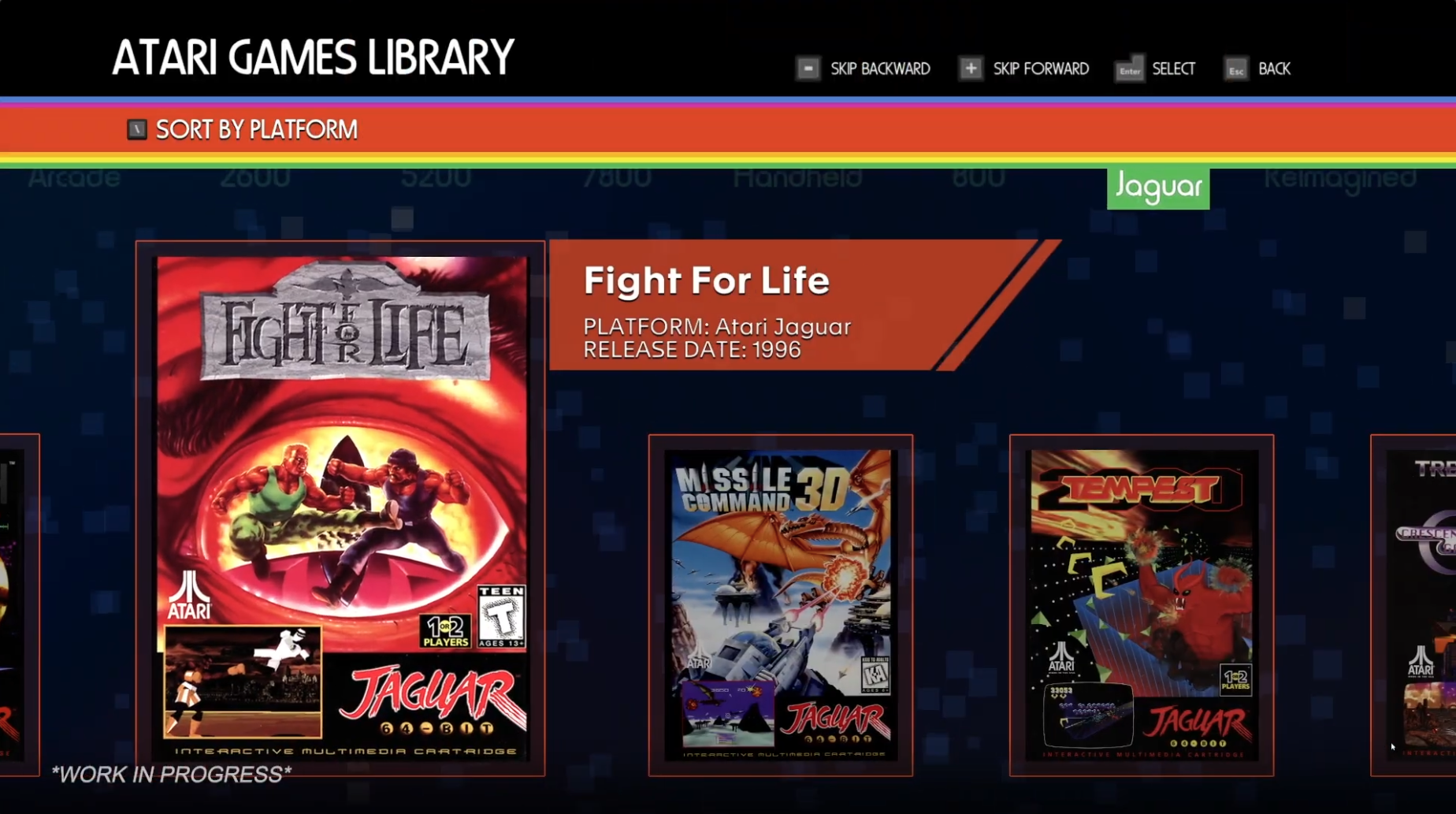 Speaking of that audience, this collection is coming to just about every major current platform. PlayStation 4, PlayStation 5, Xbox One, Steam, Epic, Nintendo Switch, and yes, even Atari VCS. The VCS version should be pretty great with that joystick controller for sure.

So, what’s on this thing? Well, the collection promises to offer over 90 games. I went frame by frame through the trailer and to the best of my ability, these are all the confirmed titles so far:

Of course this assumes that just because it appeared in this trailer they are 100% confirmed for the final release, but moving ahead with that assumption, that’s a total of 44 existing games and 6 new ones. Again, Lynx games were confirmed to be a part of the collection, but none were shown. Fingers crossed for California Games! It was also announced on Twitter that the original arcade version of Breakout will be there. Cool!

These new games are really kind of nuts when you think about it too. Yars’ Revenge Reimagined is being designed by Mike Mika, who also happened to be the guy who ported the game to Game Boy Color back in 1999, and did a darn cool job of it too. Seriously, if you’ve never played that version, give it a go. It’s great.

They even finished Swordquest: Airworld. Not that the Swordquest games are all that fun, but Airworld is a pretty legendary unfinished game. Having that series finally conclude after all these years is positively nuts. 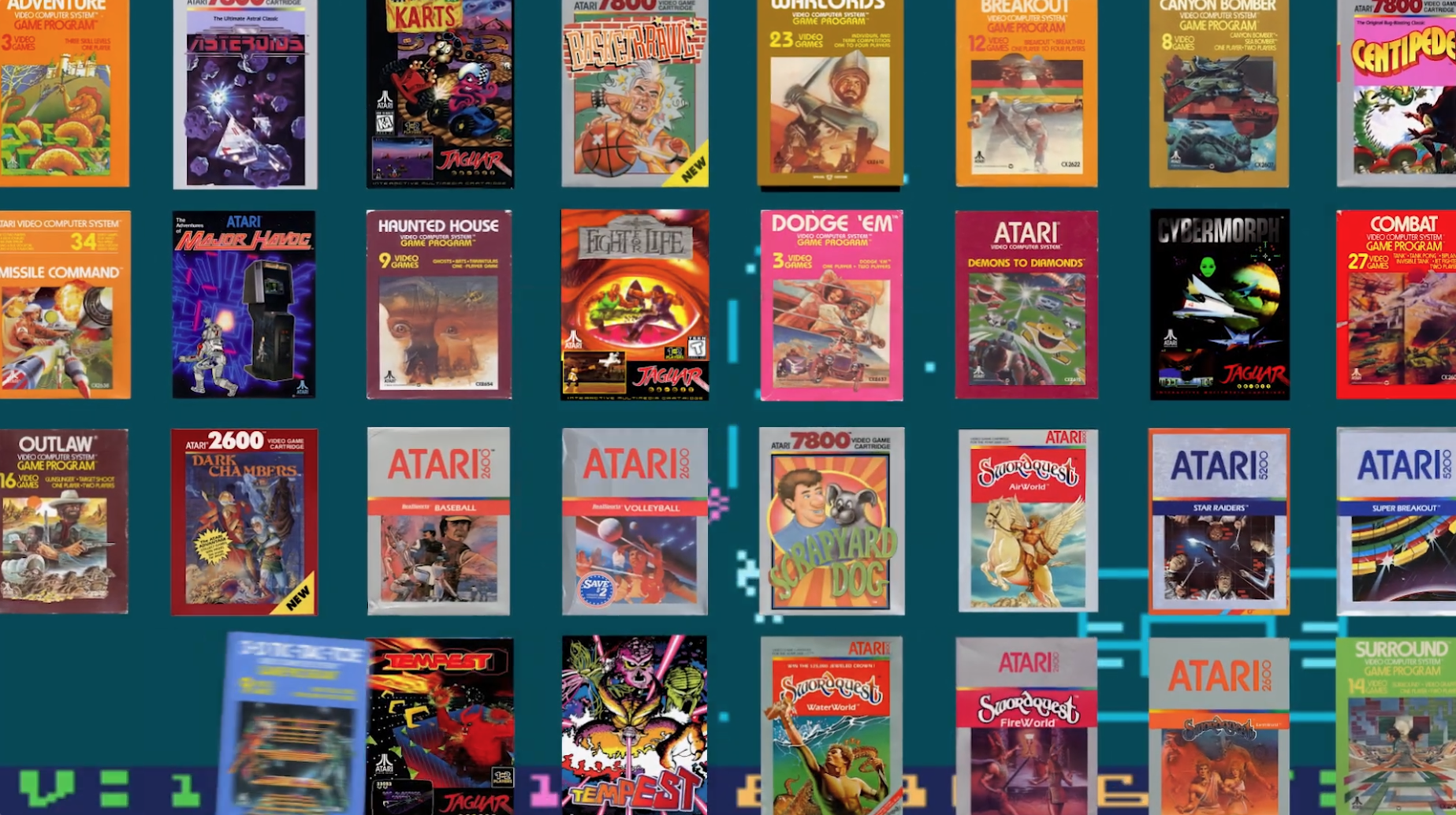 Of course, there are still a lot of questions. The first one that comes to mind is, what sort of modern features will be added to these old games? Things like save states and rewind have become pretty standard in modern compilations, but a pretty intrinsic difference between a lot of classic Atari games and just about everything that came after was a reliance on the instruction manual. Put your average person in front of Yars’ Revenge and they aren’t going to have any idea what they’re supposed to do. Even Adventure is completely opaque by modern standards. With all the attention to detail seemingly being put into this collection, will there be tutorials on how to properly play these games? Manual scans would be nice, but these classics deserve more, and the best way to get new players to properly understand how to have fun with some of the more complicated Atari games is something I truly hope Digital Eclipse addresses.

Another big question, at least for me, involves this Neo Breakout game. It seems unlikely, but I can’t help but wonder if this is in any way related to that excellent looking Breakout game that was announced for the ill-fated Intellivision Amico. The two aren’t exactly dead ringers for one another, but there are certainly enough similarities to make me wonder. 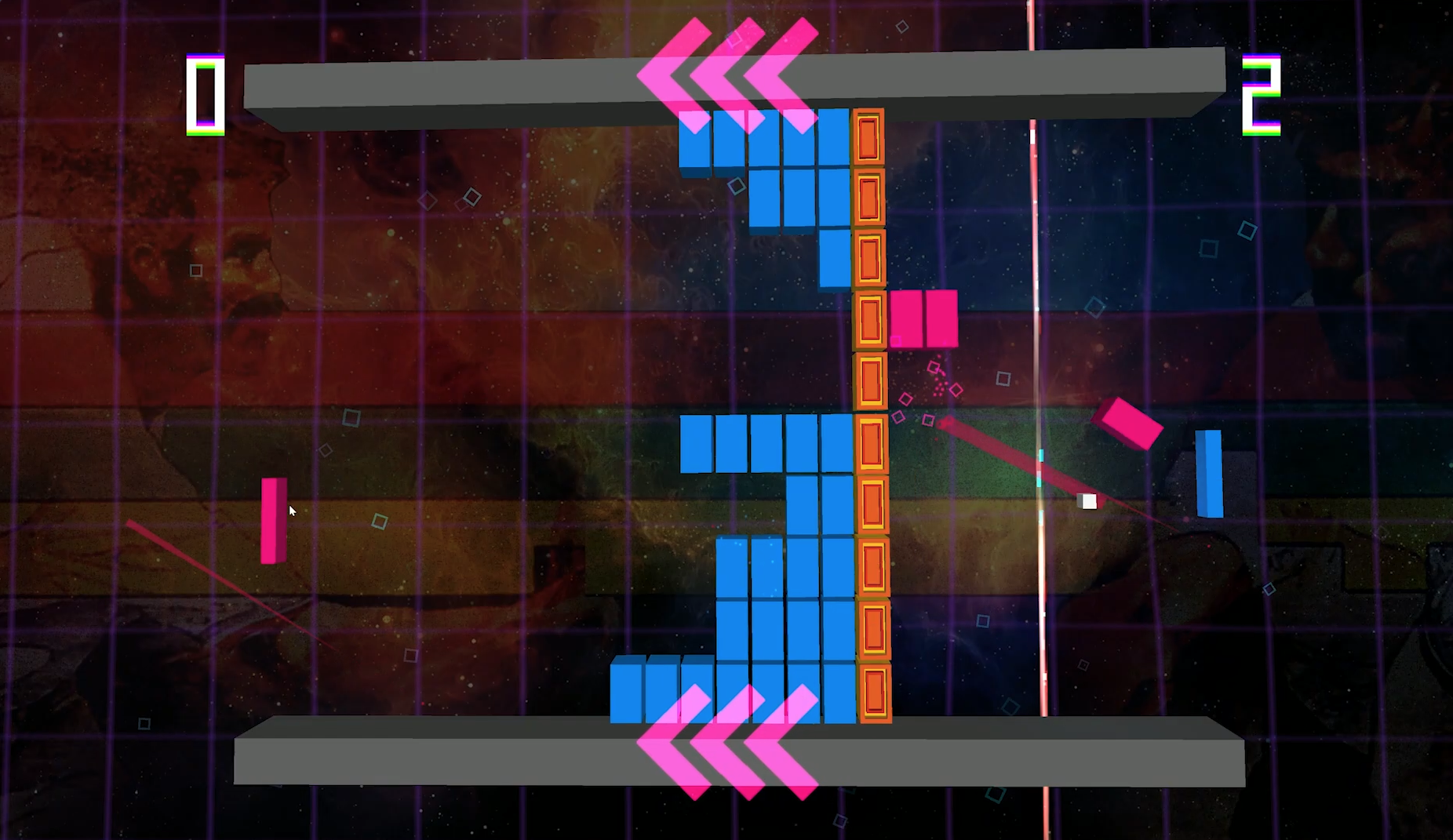 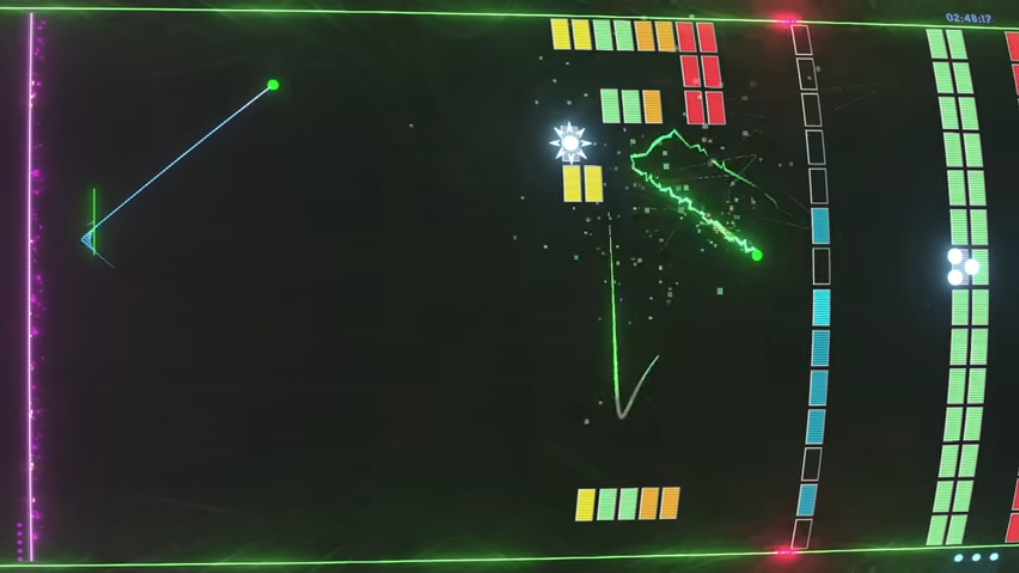 If not though, will that Amico Breakout make an appearance on this collection? Choice Provisions makes some excellent games, and that Breakout game looked absolutely amazing. It deserves to find a home on a system that actually exists, you know?

Perhaps the biggest question though is, will there be any 3rd party content in this collection? Some of these platforms were largely as loved as they were because of Atari’s own output, but others, specifically the 2600 and Jaguar, were defined by 3rd parties. The Atari 2600 library is a shell of itself without Activision’s games, that weird port of Pac-Man, and absolute classics like Space Invaders and Defender. And let’s not gloss over ET. The Atari Jaguar was most notable in its day for its version of Rayman and of course, Alien vs. Predator. And what about homebrew games? Will BattleSphere for Jaguar make an appearance? How about those new Atari XP games they announced Yars’ Return, Saboteur, and Aquaventure? What about other late releases like Combat Two and Adventure II? I for one can’t wait to find out. 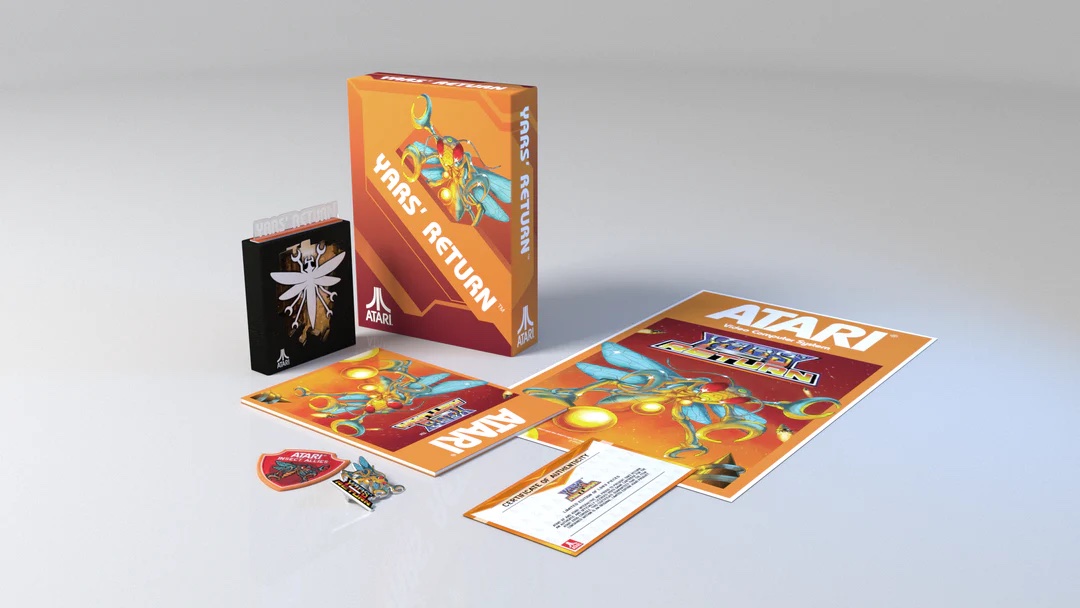 A Collection for the (Atari) Ages

This is one of the most exciting collections I’ve seen announced in ages (barring The Cowabunga Collection, of course). Atari was such an important part of video game history, and living through its decline was a fascinating thing to see, but not exactly a fun one. They’ve made so much progress in the last couple of years in returning to a brand of true relevance though. New games like BPM Boy and Kombinera prove that the brand is still capable of bringing excellent, simplistic games to the masses. The Atari VCS isn’t exactly a revolutionary system, but it’s a pretty neat little thing that’s carved out a nice little niche for itself. Their Recharged series has been excellent from top to bottom. I do wish they would pivot away from their attempts to be a lifestyle brand and all that gross NFT and blockchain stuff, but where we are now is better than where they’ve been in the past. If this collection gets into enough hands, it could be a huge boon for the brand, and open a lot of new players' eyes to exactly why Atari was so awesome to begin with. I know I would be ecstatic to see FlipOut for Jaguar be played by more people.

Well, what do you think? What are your biggest unanswered questions about Atari 50: The Anniversary Celebration? What games do you hope make the cut? Will Basic Math Recharged make another appearance? Let us know!