Even Nintendo's Worst can Provide the Best

A lot has been made of the Wii U since the Switch came out. To most, it was a big fat flop from Nintendo, who rarely fails quite that hard (Virtual Boy notwithstanding). This is a pretty valid perspective considering its sales numbers weren’t exactly awe-inspiring (heck, rumor has it the PS5 has already outsold its lifetime sales), and while it did boast a pretty great library of games overall, the initial release schedule was pretty sparse, and most of the heaviest hitters have either been ported to Switch or outright replaced by superior sequels.

With that being the case, what possible reason could there be for owning a Wii U in this day and age?

Metroid Dread is likely the most successful Metroid game ever made, and if the Switch’s trends hold true, it’ll likely continue to sell for the duration of the platform’s life. But the Metroid franchise has a much more rich history than is available on the Switch. Sure, you can play the original NES game and the masterpiece that is Super Metroid there, but that’s about it. So where can you get the rest of them? Wii U.

Currently on the Wii U, you can fire up the eShop and play Metroid: Zero Mission and Metroid Fusion on your TV in glorious HD, complete with save states. They look and play fantastic here, and if you’re like me and playing games on the big screen will always be your preferred method of gaming, this is just about the best official method out there. 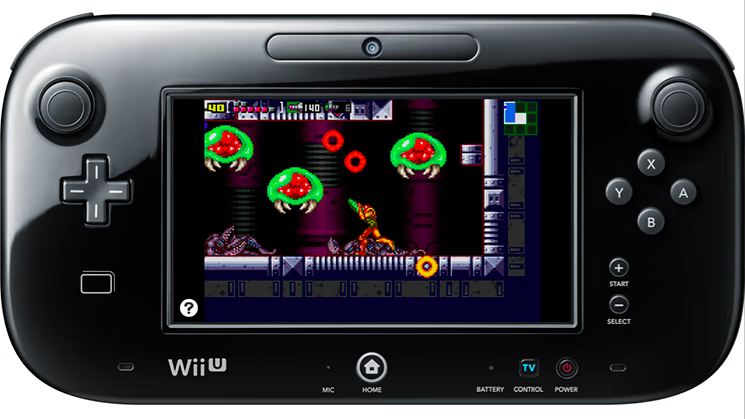 Outside of the main numbered series, we have the Prime games, which are also currently best played on Wii U. The Metroid Prime Trilogy was released on Wii, but when it was put up on the Wii U eShop, it was actually slightly enhanced, especially when playing Metroid Prime 3: Corruption. The load times alone make the $20 it costs to purchase the game well worth it.

The eShop also holds Metroid: Other M, which if you actually want to play (to each their own) works just fine physically or digitally.

Then of course we have one of the more underappreciated games in the series, Metroid Prime: Hunters. This game isn’t a masterpiece, but it’s still pretty darn cool, and the Wii U provides the unique ability to play this Nintendo DS classic on your TV, where the visuals hold up surprisingly well.

It’s still missing a few titles, but the Wii U is a Metroid machine unlike any other.

Zelda is a pretty big franchise (duh), but there are a handful of titles that never really got the love they deserved. Two of these games are the pair of releases on the Nintendo DS, Spirit Tracks and Phantom Hourglass. These two are pretty divisive games, but they both have more than their share of interesting stuff in them, and if you're a Zelda fan, they're definitely worth your time to at least give a go. Playing them on the TV is a pretty wild experience, and while it isn’t 100% perfect, neither is playing them on a dinky little DS screen.

Better than that though is the ability to play Minish Cap on TV. GBA games look and play great on Wii U, and without a doubt Minish Cap is one of those games that’s well-loved for a reason. It looks beautiful on the big screen. 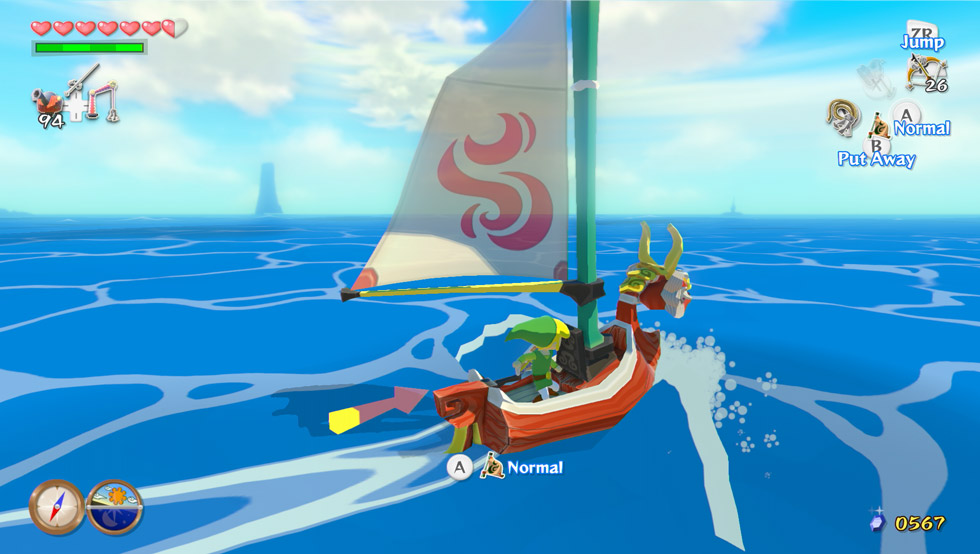 Of course the biggest deals in terms of Wii U Zelda supremacy come in the form of Wind Waker HD and Twilight Princess HD. These two games were brilliantly remastered for the Wii U, especially Wind Waker, and are spectacular to play today. Even more so than the recently released Skyward Sword HD, these two GameCube classics clean up great, and the Wii U is the only place you can get these enhanced ports.

Heck, even the Zelda Game & Watch game is playable on TV through Game & Watch Gallery 4, which is indeed available on the Wii U eShop.

If you like Zelda games, a WiiU is a must have part of your collection.

Mario’s got some great “exclusive” content on Wii U too.

The eShop strikes again for Mario fans. For the RPG series lovers, the original Mario & Luigi: Superstar Saga for Game Boy Advance and its DS sequel Partners in Time are both available on the eShop to be played on your TV. These classic RPGs have a history of excellence, and being able to experience their original forms via an HDMIconnection is a thing of beauty.

Then there’s the original New Super Mario Bros. This sub-series of Mario platformers gets plenty of well-deserved flak, but the first game is actually a really solid Mario game that holds up great. Especially when played on the Wii U Virtual Console. The first New Super Mario Bros. is such a clever game, and is so worth revisiting today, especially on Wii U. 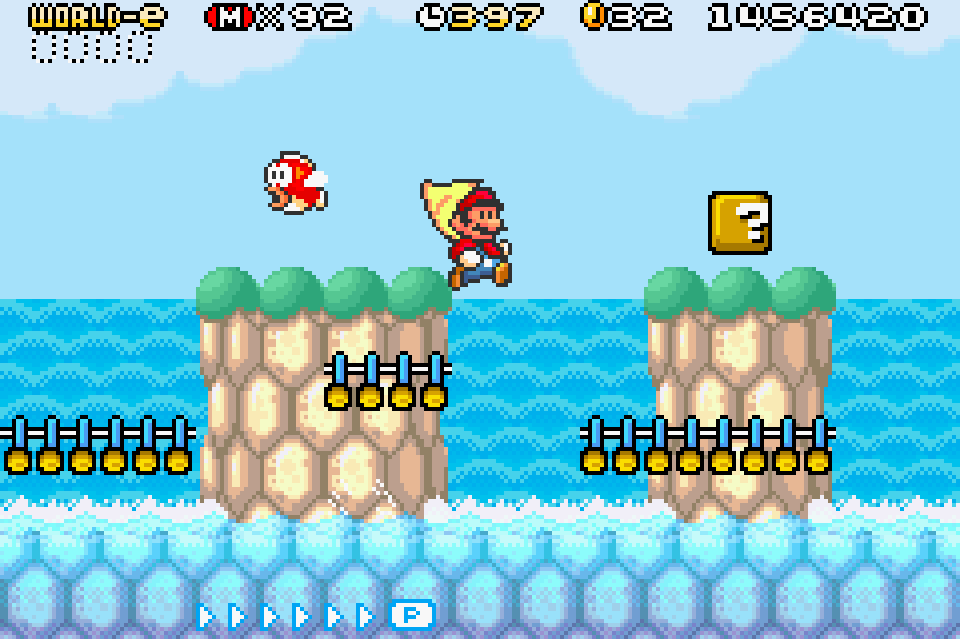 The coolest thing by far though is the weirdo Virtual Console release of the absurdly named Super Mario Advance 4: Super Mario Bros 3. As a port of Mario 3, this game is perfectly serviceable, but the real reason to buy this on the eShop is because it includes all of the e-card levels, many of which were never released outside of Japan.

These levels are like Super Mario Maker style stuff way before Mario Maker was even a thing. They combine elements of all 4 Super Mario Advance games into some of the most interesting Mario levels out there. They stick with the weirdo Mario Advance 4 aesthetic which is basically a bizarre souped up take on the Mario All-Stars version of Mario 3, but they incorporate things like vegetable plucking from Mario 2, the feather from Mario World, enemies from Yoshi’s Island, and more. These levels are seriously nuts, and once again, the Wii U eShop is the only place to legitimately play them outside of original hardware.

Some of the best Wii games actually got full HD ports on the Wii U. Dr. Mario: Online Rx became the excellent Dr. Luigi, complete with HD visuals and a new L-shaped pill mode. Wii Fit became Wii Fit U which is still a pretty decent light exercise program, especially when used as a supplement to Ring Fit Adventure on Switch. And most important of all, Wii Sports Club. This one’s probably a bit more expensive than it's ultimately worth, but I can honestly say I’ve never once regretted my decision to pick up Wii Bowling in HD. Sure, Wii Sports was never exactly a graphical powerhouse, but it’s just nice to not have it look all fuzzy. 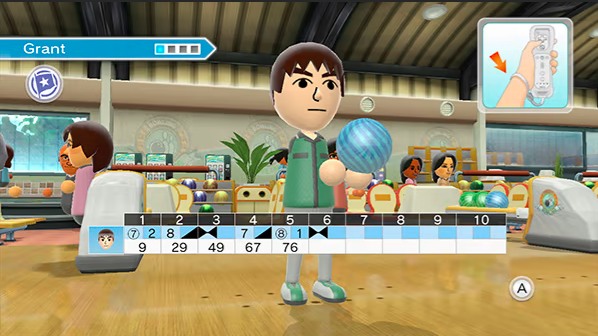 Wii Sports is as fun today as it was when it took over the world all those years ago, and this version in Wii Sports Club is absolutely the best way to play it.

Not a lot of games really took advantage of what the Wii U was properly capable of, but the handful that did are really only ever going to work on a system with two screens. ZombiU has been ported around, but it isn’t the same as it is on Wii U. Rayman Legends multiplayer kinda works elsewhere, but having a second player on the Gamepad makes the Wii U version still king.

But the cream of the crop here is Nintendo Land. This game is easily one of the best local multiplayer experiences out there, especially for long-time Nintendo fanatics. Between all the great games being callbacks to classic Nintendo franchises, it showcases the use of the second screen in ways that no other game managed to pull off during the Wii U’s lifetime, save maybe Mario Maker which absolutely works better on Wii U. 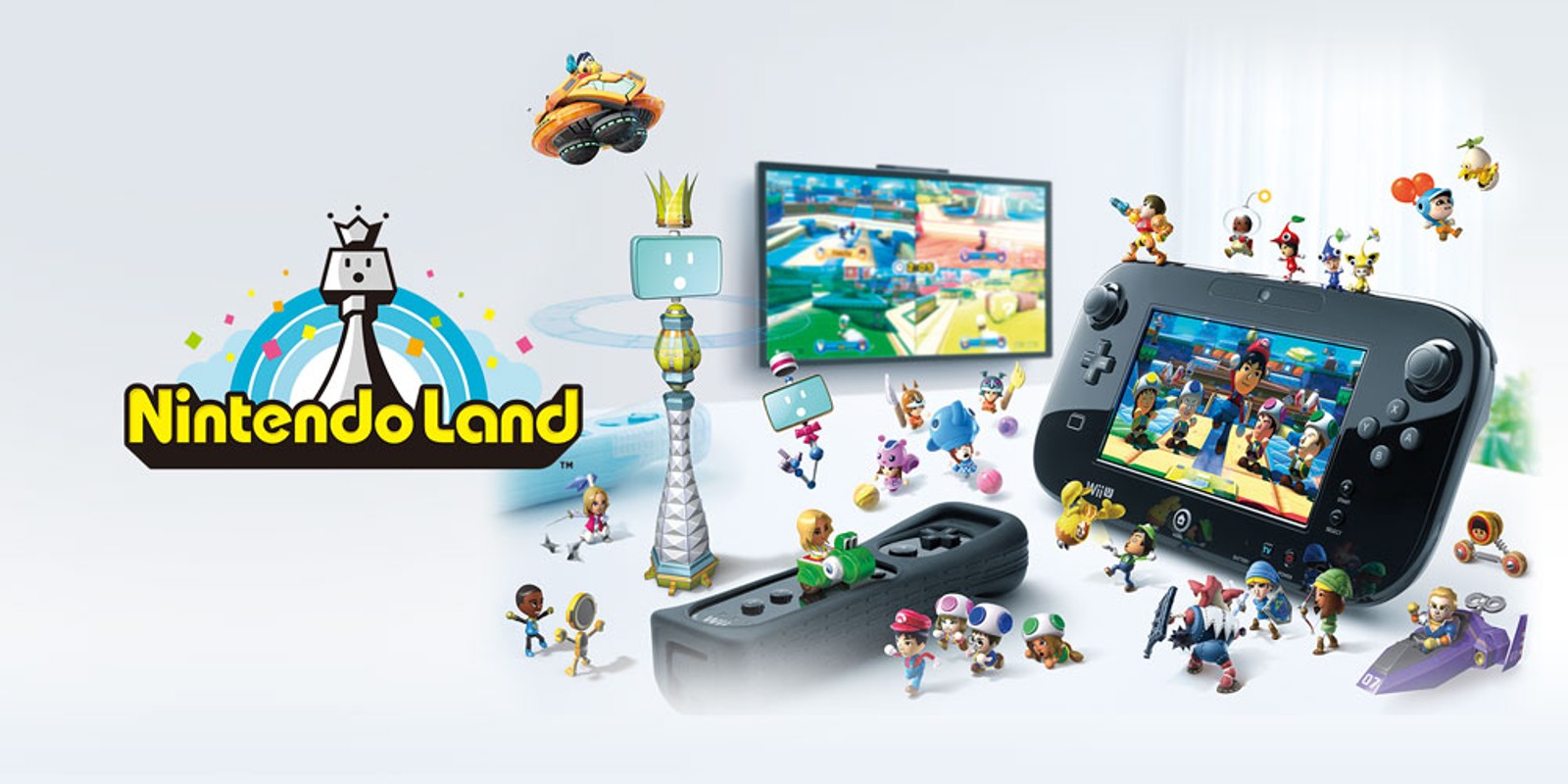 It's just some of the most fun you can have with a video game, and it deserves to be played by more people. But thanks to the very nature of the experience, the Wii U will forever be its home, unless Nintendo does something crazy in the future, which I suppose is actually a pretty safe bet.

It’s my personal hope that Nintendo’s next platform is a combination of the Switch and Wii U, where the new unit works like the Switch, able to dock to the TV or be played in handheld and all that jazz, only much more powerful. But it should also be able to use anyone's existing Switch console as a second screen. The Switch is such a popular system that most people have one anyway, and that way Nintendo could offer things like a new version of Nintendo Land, or more DS and even 3DS eShop releases.

But for now, the Wii U is still the only place to have these specific gaming experiences. As time goes on the Wii U is only going to get more expensive and harder to find, and while it will never be a PS2 or even a GameCube in terms of popularity, it still has plenty to offer the right crowd.