We all remember Duck Hunt. The dog, the tree, the Zapper. It had everything. Well, almost. For all its charm, it lacked diversity. If you wanted a change of scenery, you had two options. You could try your hand at Clay Shooting, or you could go somewhere else entirely. Why settle for mere ducks, when you could go on a safari? 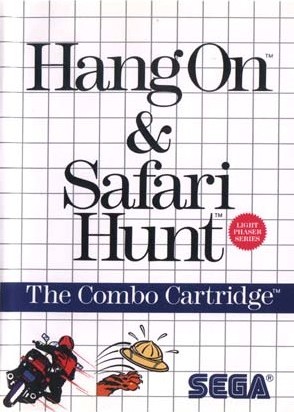 Safari Hunt was Sega's answer to Duck Hunt, which was quite a massive success here in the US. Instead of just shooting ducks in a field like in the NES game, players found themselves on a safari, hunting a wide assortment of wild animals. There was a jungle level, a forest level, even a scenic lake level complete with its very own tree! Sure, you could still shoot ducks, but there was so much more! Rabbits, armadillos, bears, spiders, and fish are just the beginning of the diverse lineup of targets available for your shooting pleasure. Not only that, but everything was amazingly colorful. Bright blues and green greens gave the iconic Duck Hunt field a run for its money, and even the music (a category where the NES usually outpaces the Master System) was catchy and added to Safari Hunt's considerable charm. 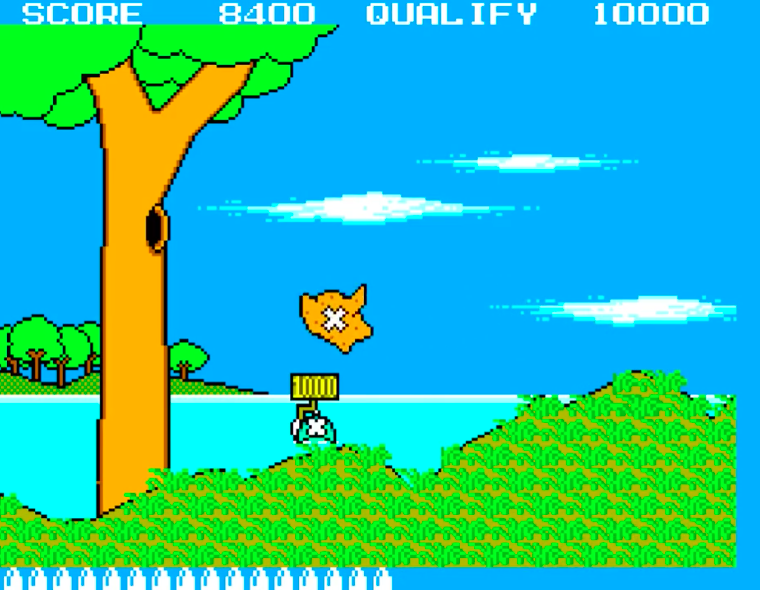 Duck Hunt wasn't without its humor, but Safari Hunt took things a few steps further. Whenever you shoot the animals, they do something silly. For example, in the screenshot above, what you’re seeing there is a duck after it’s been shot. It basically turns into a whole cooked cusk with a bandage on it and quickly flies off the side of the screen. It’s pretty good comedy. Under it is a fish that has popped its head out of the water with a sign that tells you how many points you've earned. Every animal has its own hit animation, and they're all goofy. On top of that, there are these silly, borderline offensive native people running around on all the menus. Sure, they might be a bit on the racist side, but they do lend a certain 80s personality to the whole thing. 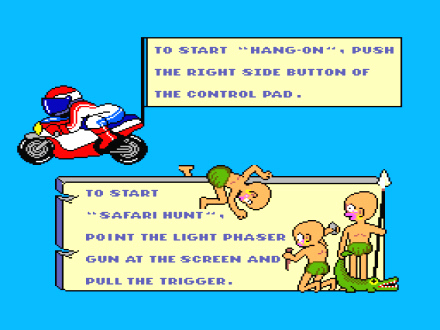 Then there was the gun peripheral itself. The Zapper is a legend, and deservedly so. The clicky trigger, the bright orange color (later in its life), all of it. Sega’s gun was no slouch either. The Light Phaser had a softer click, and it didn't have the same heft as the Zapper. Taken on its own though, it was more than ample to get the job done. It looked pretty cool too. Its solid black design matched the Master System console perfectly, and its slightly elongated back gave it an almost sci-fi/futuristic feel. Even the name "Light Phaser" invoked references to Star Trek's signature weaponry. It might not have lived up to the competition in every way, but the Light Phaser was a pretty solid light gun in its own right. 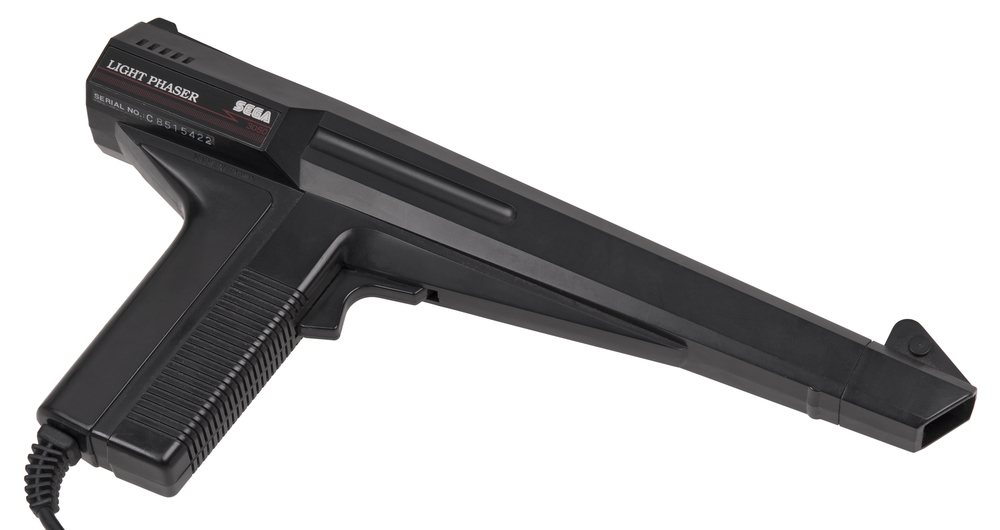 It's also worth pointing out that this game never saw its own singular release. It was always bundled with another title (most notably Hang-On in the US), or built right into the console itself, which was admittedly a really cool feature the NES didn't have. Unlike Nintendo’s console, certain models of the Master System actually had a few built in games that could be accessed by powering on the console without inserting a cartridge. Hang-on was there, and I think some models even had Pengo or Astro Warrior, but Safari Hunt in most cases was present, and as such has become ubiquitous with the Master System. Everyone who had one played it at least once, and everyone who played it knew it was better than, or at the very least as good as Duck Hunt. And considering how awesome Duck Hunt was, that's nothing to quack at.

So what about playing it today? Well, that can be a bit on the tricky side. Like most light gun games, Safari Hunt was designed with a very specific set of hardware in mind. So if you don’t have a Master System, a Light Phaser, and a functioning CRT Television, playing Safari Hunt as intended isn’t going to be possible. There are a number of emulation options out there, but playing a light gun game with a mouse isn’t really the same, you know?

Duck Hunt eventually found its way to the Wii U Virtual Console, and a bunch of Master System titles came to the original Wii Shop Channel, but sadly Safari Hunt was never one of them. It remains a Master System exclusive to this day. Like Duck Hunt, Safari Hunt isn’t the deepest gaming experience out there but it doesn't have to be. So long as you’ve got the means, Safari Hunt is a great way to kill some time, as well as some cartoon animals. 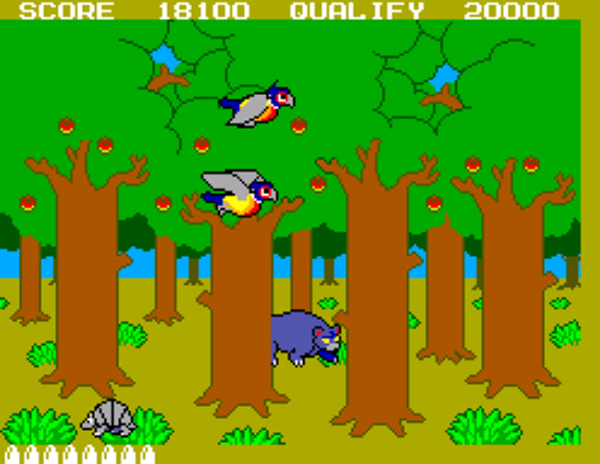 This may seem like a silly game to be gushing over, but if you weren’t around during this time, it’s hard to explain just how cool Safari Hunt was. The vast majority of kids in the US had NES consoles, but it seemed like everyone knew at least one kid who had a Master System instead, and going to their houses to play video games could seem like a downright exoctc experience. Duck Hunt was everywhere, but it was just that same screen over and over again, and a constant desire to shoot that darned dog after he laughed at you for missing our shots. But when you turned on a Master System, it was something else entirely. It had a simple but incredibly memorable startup screen, and you were instantly aware that this was a whole different world of gaming. It almost felt like playing Duck Hunt 2, which unfortunately never happened either.

Unfortunately, the poor Master System couldn’t compete with Nintendo’s brand awareness in the US at the time thanks to the unbridled success that was Super Mario Bros. and their stranglehold on third party developers, but it really did have some cool stuff there tha had it been discovered by the right people could have have sparked some kind of groundswell in Sega sales. Ahh, what could have been.