One shots and strange worlds round it all out.

For the final entry in this series, we’re going to take a look at some unique stuff that really makes the NES shine. No, these aren’t all masterpieces of game design, but they’re all interesting enough to be well worth sinking some time into today, especially if they were to land on Nintendo Switch.

Unlike a lot of the previous lists though, the quality of these games varies wildly. Some are the very best in their fields, while others are historical curiosities that are more interesting than “good.” Still, every single one of them would make great additions to the library.

We’ve brought up the issue of licensed games before, but it stands once again as a huge gate for some really classic stuff that’s trapped in rights limbo. When putting together today’s list, I kept running into great games that would be so great to see playable again on modern hardware that are simply impossible. Both of Sunsoft’s Batman games, for example, are so much fun, even today. Sure, they’re tough, but they’re still a blast to play around with. Same goes for Fester’s Quest. It’s hardly a masterpiece, but it’s super-interesting and with the modern amenities like save states and rewind that Nintendo Switch Online provides, the game would be much more playable.

I know people love giving LJN games a hard time, and in many cases deservedly so, but Friday the 13th is super weird (and not in a bad way), Karate Kid is a pretty fun action game, and I don’t care what anyone says, Jaws rules. Konami’s Top Gun games are fun too (as long as you aren’t trying to land) and of course, Goonies II would be incredible to see again. Little Nemo: The Dream Master, Popeye, all the Ninja Turtles games, the Simpsons stuff, and who wouldn’t jump at the chance to play Namco’s bizarre take on Star Wars, as well as JVC’s relatively cool ones while we’re at it? But that’s just the nature of the beast. Those games are probably lost in time, unless you have another way to play them.

But enough about what we can’t have, let’s look at what we can. Or at least, what isn’t tied down in rights issues. 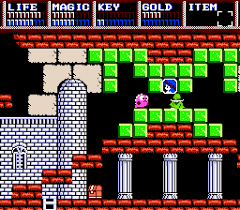 Legacy of the Wizard

I’ve never fully understood this game, but I’ve always wanted to. This crazy-looking action adventure has an awesome cast of characters to choose from, and an undeniable sense of mystery and discovery surrounding it. It certainly doesn’t hurt that the game’s music was composed by Yuzo Koshiro (ActRaiser, Streets of Rage).

From what I’ve gathered, you have to playthrough this game as its many different characters, using each one to find a different sort of McGuffin that only they can find. Then you fight a dragon or something. It’s weird and super interesting, and as far as I can tell it’s never landed on another platform since its initial release. It’s got a super-convoluted lineage too, relating to the DragonSlayer and Xanadu series. So that’s fun! 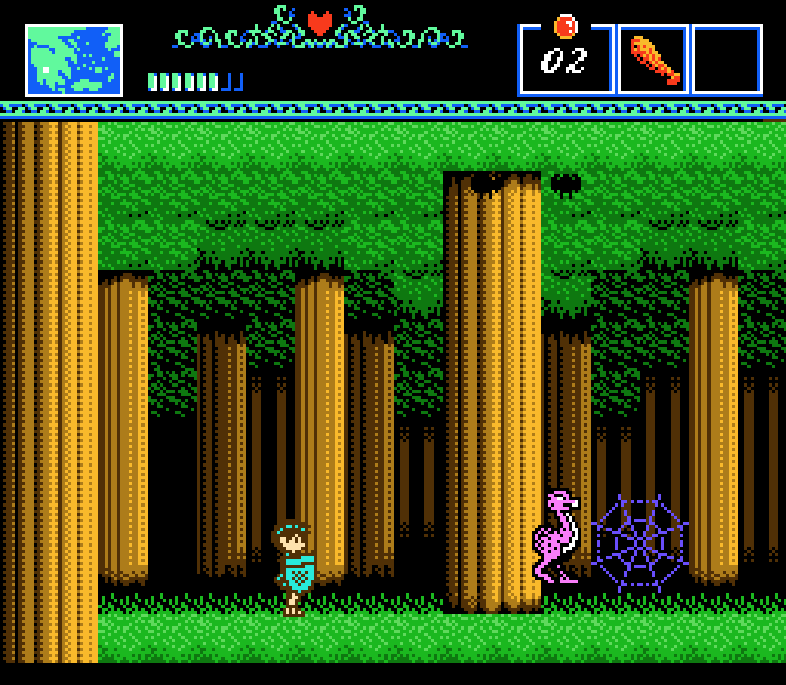 I remember seeing ads for this game and thinking it looked a lot like Zelda II, which was remarkably exciting to see. It’s got completely badass box art, pretty decent graphics, and a lot of interesting stuff going on. It consistently flies under the radar when talking about NES games, and that makes it an excellent candidate for NSO. 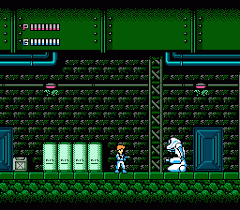 This represents another example of how Sunsoft was able to squeeze some impressive power out of the NES. Journey to Silius is a top notch action game that may have started life with a Terminator license, but ended up being published without it, meaning the only thing I can tell that’s holding it back from being re-released is Sunsoft’s current business strategy of doing… basically nothing.

But they have been known to reach into their back catalog to bring weird and wonderful things to our attention from time to time. I discovered Ufouria via the Wii Virtual Console, and I’m fairly certain nobody could have predicted Sunsoft releasing that game in the modern era, yet here we are. I hope this one comes our way, and I hope it brings a renewed interest in the IP along for the ride. 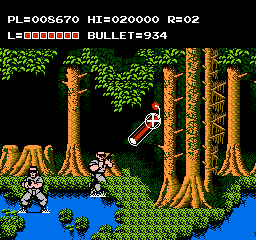 Here we have yet another classic Konami silver box game. This one definitely skews more in the “interesting” category than “good,” but it’s still classic enough to be worthy of a spot in the NES library. Weird or not, Konami wasn’t in the habit of releasing bad games back in the day, and Bayou Billy still has plenty to offer, including some pretty decent graphics, fun brawler mechanics, vehicle stages, and a totally rad NES Konami soundtrack. The villain has a pretty kick ass digitized laugh too.

The only part that really presents a challenge are the Zapper segments. The original NES game had players switch between the NES controller and Zapper depending on the stage. But as we covered back in the black box games post, that’s not really the biggest hurdle to overcome. Not only that, but this game was released on the Wii U Virtual Console, so it’s already been altered to function with a reticle, so there you go. Let’s get Billy on Switch! 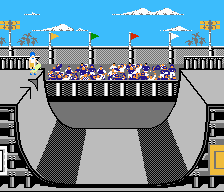 It’s not perfect, and its sequel was straight up insane (look up its story mode sometime) but these games are absolute NES classics. There might be some sort of rights issues in there since I believe the IP is owned by EA, but the first NES game was developed and published by Konami as Ultra Games, but how hard can that actually be to get around? Let’s see the Skate or Die games return, and bring good ol’ Ski or Die along for the ride too. 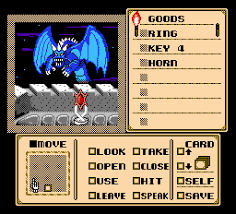 Speaking of game types that aren’t represented in NSO, how about some classic PC RPG action? Shadowgate is a killer classic PC game, and its NES port is pretty stinkin good. It’s quirky, awesome looking, weird, and has a pretty rad soundtrack. It probably won’t win over the crowd who thinks NES games are outdated and therefore useless, but it might get some classic RPG fans to take note.

A remake of this game was just released on Switch earlier this year, so the chance to go back to where it all began (on consoles anyway) would be a welcome one. 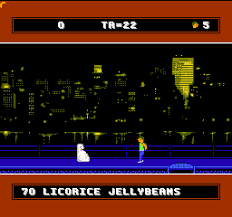 A Boy and His Blob

A Boy and His Blob is not a good game. It is, however, a relatively fascinating one that would benefit greatly from things like a rewind feature and save states. This game, if you don’t already know, comes from the mind of David Crane, the developer of Pitfall. It’s a wonderful concept with so many debilitating flaws it borders on unplayable, but it never goes further than the border. It manages to keep itself interesting enough to keep on pushing through, and that’s exactly the kind of crazy NSO needs more of.

WayForward did a brilliant remake of this game back in the Wii days, and that remake was ported to some other modern systems too, so there should be no doubt a strong skeletal structure exists. I mean, come on. What boy doesn’t want a blob? 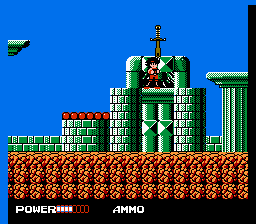 Like A Boy and His Blob, Clash at Demonhead isn’t a masterpiece. It is a pretty cool and interesting game though, even if it isn’t perfect. The game earned itself a cult following, and cult classics are the kind of games that belong on NSO. 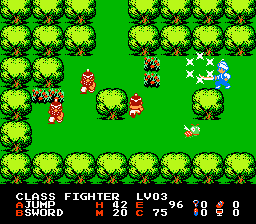 And honestly, this fits in the same boat as Clash at Demonhead. It’s a zelda-like that has a really hard to spell name that most people who played really liked. I don’t have a ton to say about it other than it’s cool and I’d love to see it on NSO. 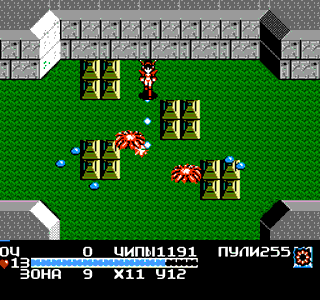 Then there’s The Guardian Legend. This game is so almost a masterpiece it’s actually kind of frustrating. Its faults don’t outweigh just how freaking awesome it is though, and how desperately it needs to be put on Nintendo Switch Online. The Guardian Legend is a sequel to a Japanese PC game called Guardic. Where Guardic was (to my eyes, I’ve never actually played it) a fairly by the numbers vertical shooter, Guardian Legend expands the game greatly by combining the scrolling shooter genre with a top down adventure in the vein of The Legend of Zelda.

You play as this robot woman who is a spaceship, and she flies around blowing up bad guys until she beats a boss, transforms into a regular woman robot, and walks around shooting enemies, solving puzzles, and adventuring through a futuristic sci fi world with a really interesting mythology.

I rented the crap out of this game as a kid, and I always wanted to beat it, though I never did. It always filled me with a real sense of wonder though, because it does some basic storytelling at the beginning that sounds really dire. Some sort of person or thing that dies left a message about some things you can do to save the universe or something, and when you read this message the game plays this wonderfully eerie music. In fact, all this game’s music is perfectly suited to its on-screen action. Honestly, it’s such a well put together game it kills me that it isn’t more popular.

It does have its flaws. It’s a little easy to get lost and the combat at least seems pretty limited, but seriously, this game is one of the coolest NES games around, and I believe it would win some folks over were it to see release today on Switch.

There you have it. Over the past few weeks we’ve detailed over 60 more NES games that would be excellent additions to the Nintendo Switch Online library, and you know that’s not all of them. Admittedly there are some NES games that aren’t as fun to go back to today. Games have aged, it’s just a fact. But not so much so that the library doesn’t have a ton to offer modern audiences. So what do you think? Will Nintendo keep adding games to these services, or are they done? Will we see more strange and wonderful NES games on Switch? Did I forget to mention your favorites?