As we wind down our trek through the NES library for games that would go over great on Nintendo Switch Online, looking back, we’ve spent a lot of time focusing our attention on mostly single player games. But the NES wasn’t just about solo adventures like Castlevania or Legend of Zelda. It featured some of the most legendary couch co-op games of all time too. Everyone who grew up during that era doubtlessly enjoyed not just discovering the world of Hyrule by themselves, but stopping alien menaces, capturing baddies in bubbles, and pummeling street thugs with a friend. A significant aspect of Nintendo Switch Online NES games that I feel is overlooked more often than not is just how much fun it can be to play these games with a friend, and how it’s one of the few online experiences on Switch that works remarkably well.

The service already features a handful of multiplayer greats like Tecmo Bowl, Pro Wrestling, and Dr. Mario. There are dozens of other NES games that focus on multiplayer just begging to be tossed on this service with online play, and an influx of games that focus on that aspect could certainly make the service seem a lot more worthwhile. Obviously licensed stuff like TMNT: The Arcade Game and sports games with official pro licenses aren’t going to happen, and Rare greats like Battletoads and RC Pro Am 2 are relegated to Xbox while others like Contra are already available in existing collections, but that still leaves a ton of great stuff on the table. With that in mind, here are ten or so multiplayer NES games that are well worth playing with friends today. 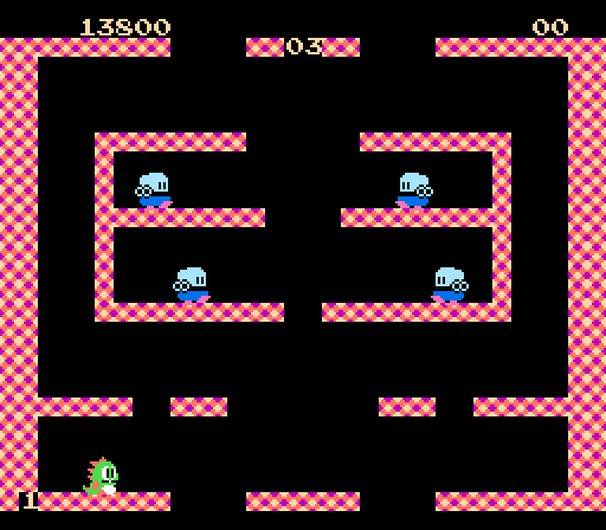 I mentioned Bubble Bobble Part 2 last week in my expensive game list, but if only one Bubble Bobble gets onto the service, it has to be the original. Bubble Bobble isn’t just one of the most memorable and beloved NES games of all time, it’s one of the best multiplayer games on the system too. It’s got over 100 levels of arcade style co op action, with just the right amount of competitive spirit thrown in for good measure. Heck, you can’t even get the real ending to the game if you don’t beat it with both players still alive. Being able to play this online with a friend would be spectacular. Granted, there is a brand new Bubble Bobble hitting Switch soon, but what better time to shine a light on where it all began? I know, Bubble Bobble began in arcades, but like Contra, I feel like most people (in theUS anyway) discovered this game through the NES. It was good enough to make the cut on the NES Classic Edition, it should be good enough to hit the Switch. 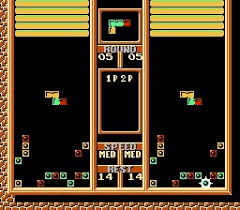 Yes, there are better Tetris games out there. But Tetris 2 was a uniquely Nintendo iteration of the series that had some great multiplayer to boot. Dr. Mario arguably does this color matching formula better, but Tetris 2 has its own charm. The Tengen version of Tetris isn’t happening, so Nintendo should do whatever it takes to get this one up there. Granted, I’d prefer to have the SNES version hit the SNES app, but why not both, right?

Another pair of Konami’s silver label games from their golden age of NES development, Blades of Steel and Double Dribble are an absolute must. Ice Hockey is already on the service, and its’ great and all, but for my money Blades of Steel is the better game. It isn’t tied down by any official team licenses, and it’s been available on various Virtual Console services. It’s still a blast to play, and online would just make it that much better. Same exact thing goes for Double Dribble, except there isn’t currently another basketball game up on NSO, which makes it an even better fit. Both of these games need to be up there ASAP. A new generation needs to be introduced to the voice acting in these games at the very least. 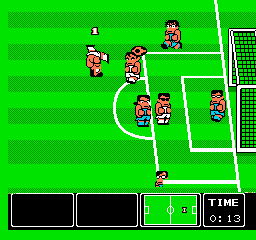 It’s River City Soccer! Yes, this strange little game has ties to the Kunio Kun series, but that’s not why it should show up on NSO. This game was one of the poster children for the NES Satellite and Four Score adapters. This was where 4 player NES essentially started, and it’s darn fun to boot. Soccer is already on NSO in the form of the, let’s say poorly aged Black Box “Soccer,” and honestly the sport deserves better. Nintendo World Cup may not be an absolute masterpiece, but it’s a darn fun game of soccer that hasn’t been available since the NES days. It Toss in that whole 4-player angle, and you have yourself the makings of a really good time.

But even more so than Nintendo World Cup, SuperSpike V’Ball is where the 4-player sports games are at. Yes, this is an arcade conversion, but I suspect like many other late arcade titles, this is more well known as an NES game since it was also featured pretty heavily in the marketing for the 4-Score and Satellite 4-player adapters. The arcade game is great, too, but the NES one is at least just as good, and features some of the best multiplayer on the platform. Just like Nintendo World Cup, the Black Box game “Volleyball” is already up on NSO, and it hasn’t exactly aged well. Well, maybe it has. I’m not convinced it was ever any good to begin with. It’s a perfectly functional volleyball game, I guess, but it’s got nothing on SuperSpike V’Ball. It’s fast, fun, great-looking, and 4-player. Everything NSO needs. 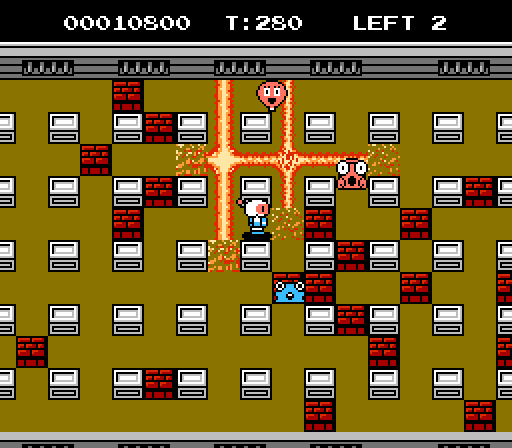 I kinda forgot to include the first Bomberman back in my big names article a few weeks ago, but that’s because I honestly forgot the first game didn’t feature multiplayer. So assuming that the original game makes its way to NSO at some point, (Bomberman is a freaking assist trophy in Smash, so it seems a likely candidate) Bomberman II shouldn’t be far behind. Honestly, Bomberman II would have been right at home on last week’s expensive game list because it’s a pretty pricey one these days, likely due to the fact that it didn’t come out until 1993. As far as Bomberman games go, it’s pretty darn good. It’s got a single player mode like the first game with an absurd story and some clever puzzles, and it introduces the series mainstay multiplayer modes that I believe goes up to 3 players. It’s a wonderful candidate for NSO, and it stands as one that I’m honestly surprised hasn’t been added already. 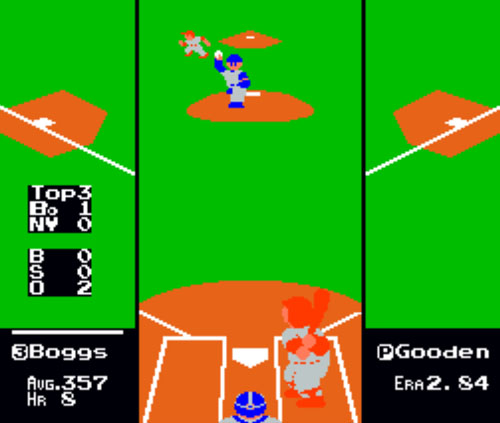 The NES was home to a bunch of fun baseball games, but I landed on this one because I feel like it’s the one most people seem to remember the best. SNK’s Baseball Stars was well loved for its stat tracking and whatnot, but it never really caught on in the same way other baseball games did. Major League Baseball was serviceable, but it’s got that whole MLB license to contend with. Tecmo Baseball was always my favorite, but it never gained the audience its cousin Tecmo Bowl did. Then, of course, we have Bases Loaded, which if I’m being honest is probably a better candidate for NSO, but for my money I’d like to see RBI instead, if only because it’s a baseball franchise that still exists today. RBI Baseball 19 was just released on Switch earlier this year. So why not give folks a way to go back and experience the original? Well, the whole Tengen aspect is probably a good reason, but let’s look at the other pieces of impossible we’ve seen on Switch. Night Trap is on Switch. Final Fantasy VII is on Switch. The game was eventually officially licensed by Nintendo anyway, so what the heck, right? Put it on NSO with online multiplayer! Or Bases Loaded. Whatever. 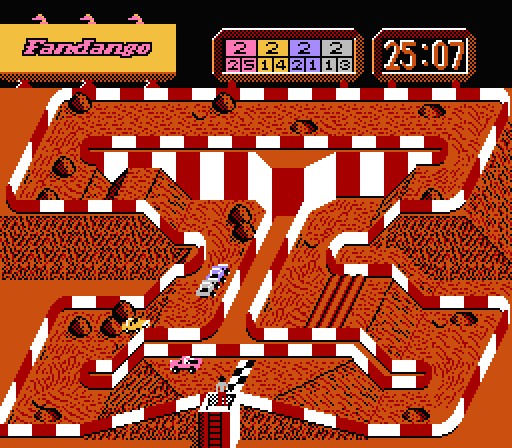 This one here is probably my personally most wanted NSO addition, especially because of how much fun it is to play with 4 players. I understand that the NES version of this game sticks with the whole Ivan “Ironman” Stewart license, but I’m electing to ignore that particular hurdle in favor of recognizing just how great this game is and how little I think anyone cares about that particular set of rights. I honestly have no idea who owns this property these days, what with Tradewest not really being a thing anymore. The NES port was handled by Rare and published by Tradewest, while the arcade original was made by the Leland Corporation, which to my knowledge hasn’t done much of anything in a very long time. So, sure. This one’s a longshot for a number of reasons, but it still strikes me as one of those things that could find a way to magically slip through the cracks and come back to us somehow, and man, having this on Switch as a 4-player game would just be the bees knees. 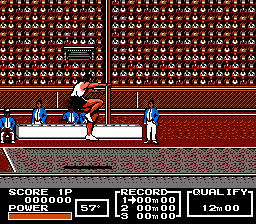 Here we are again with the classic silver label Konami games, and this duo right here are such no-brainers it’s astonishing to me that they haven’t been ported to everything for years. The first game’s shown up in a couple of handheld compilations, and as such has already had the licensed Chariots of Fire song removed for those ports, so that covers that. And Track & Field is an honest to goodness multiplayer legend. It’s easily on the same level as freaking Contra and Double Dragon in that regard. And the NES exclusive Track & Field II was arguably an even better game than the first! That one has never been ported to anything ever, and that’s nothing short of a tragedy. These two games here represent not only Konami operating at their best, but some of the best multiplayer in the entire NES library. Outfitting them with online play makes too much sense, and with the popularity of those Mario & Sonic Olympic games, there’s no better time to toss these gems back in the spotlight. 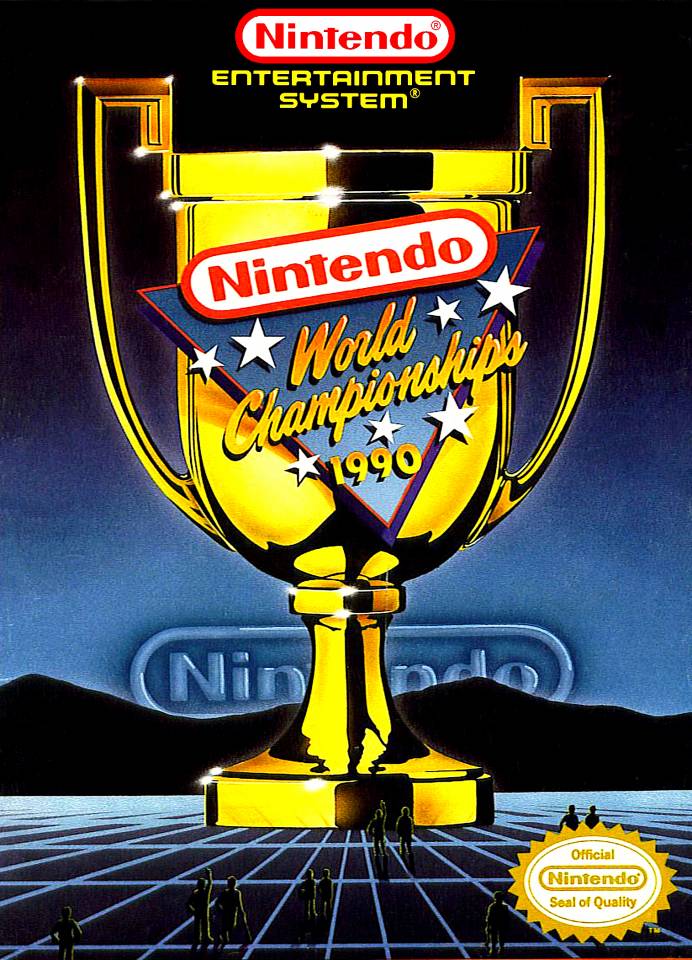 It’s the most legendary rare NES game. Even repro carts are expensive for this thing. But it’s also a super fun multiplayer game… sort of. The thing about NWC is that it’s a Nintendo game, a Square game, and a Tetris game. So that’s 3 licenses right there. BUT! If they manage to get Tetris and Rad Racer on the service anyway, there’s no reason to not put this thing on NSO. The followup Campus Challenge with Mario 3, Dr. Mario, and PinBot should be up there as well. Seriously, if they tossed these up and held a national tournament or something, it would draw so much attention to NSO, and really add some great historical value to the service. It’s a weird play since it’s only technically multiplayer since people don’t exactly play head to head, but it’s multiplayer in the grand scheme of things, and it would be a ton of fun to play this via NSO with the whole “pass the controller” feature.

Like every other one of these posts I’ve made, there’s countless more games not included here that would make for excellent NSO multiplayer showcases. The NES library is lousy with great games to play, especially with friends.

Join us next week as we draw this series to a close with a list of some of the weird stuff that really makes the NES library shine. In the meantime, what multiplayer games did I miss? What were your favorites you’d love to see show up on NSO?