Continuing our ongoing look at NES games that are not only missing from the Nintendo Switch Online service, but are also still very much worth playing today, let’s spend some time with sequels. The NES library is full of great games, but those great games’ sequels are, in many instances, even better than the originals. Of course, we’ve already seen some of these sequels populate Nintendo Switch Online, and it’s been more than welcome. We got obvious stuff like Zelda II after Zelda, Super Mario Bros. 2 after Super Mario Bros. (and Super Mario Bros. 3 for some reason), and even Vs. Excitebike, the Japan Only Excitebike sequel that’s really freaking good, despite it having a pretty misleading name.

There are plenty more though, just waiting to see the light of day, and in a lot of these cases, they’re grossly underplayed games. The NES saw a bunch of late releases that were great sequels to games folks didn’t even know were there. DuckTales 2 and Rescue Rangers 2, for example, fetch a pretty high price these days because the originals are pretty well revered and a lot of folks didn’t even know they existed. Of course they won’t be hitting Nintendo Switch Online anytime soon because they’re included in the Disney Afternoon Collection that Switch owners will probably never be able to play because of reasons. There are some more killer games that will likely never see NSO too. 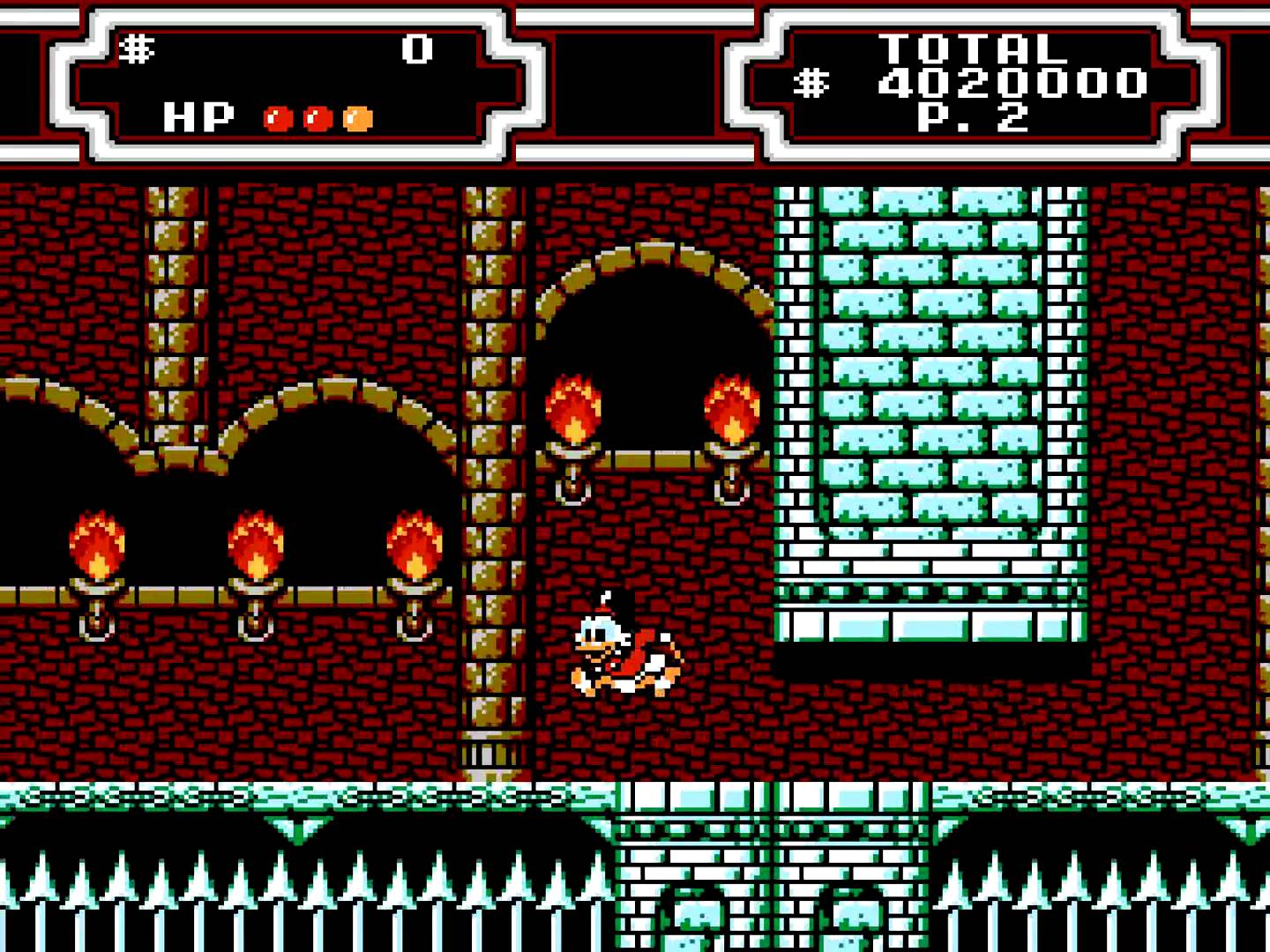 RC Pro Am II was a thing that happened, and it’s really great! It’s also on Rare Replay for Xbox One, and yeah, that ain’t happening. Contra Force is sort of a weird one because it was the third Contra game on NES, but it was noticeably absent from Konami’s recent Contra Anniversary Collection. That’s probably more likely to appear in a second volume of Contra Collection if that’s going to get re-released at all, which I would put money against because it’s far more interesting than it is good. Then again, Konami isn’t exactly all that concerned about quality control with the Contra brand these days, so who knows?

There’s more, too, but for now, let’s focus our attention on the games that very well could, and SHOULD, find their way to NSO. Of course, they can all be played on the NES EverDrive N8 if you’d rather not wait for a re-release and play them on original hardware, but you knew that already, right?

So let’s dive in. 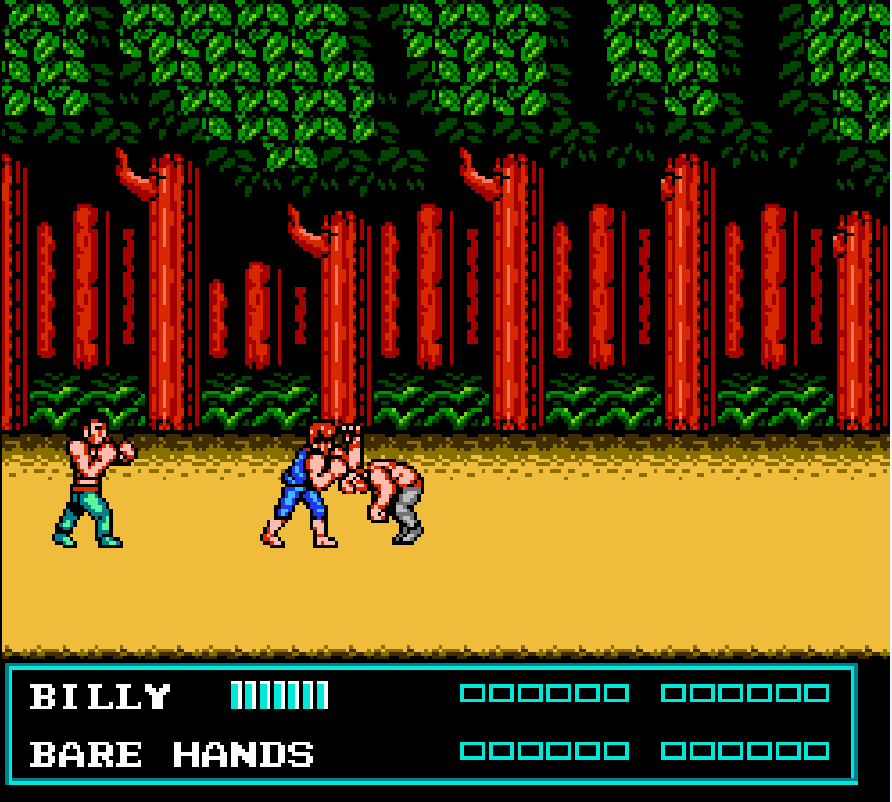 When they launched NES Online with the first Double Dragon, I was genuinely shocked. That one wasn’t even included with the NES Classic Edition, likely because the second one was not only vastly superior in nearly every way, but it featured 2-player co-op, which the original NES port did not. I sort of figured that was it for Double Dragon because at the time I didn’t really think they’d be messing with sequels and whatnot. I assumed the scope of the service was going to be far more limited. But then they brought us Double Dragon II: The Revenge a few months later and solidified that sequels were, in fact, on the table. So why not finish the NES trilogy? Double Dragon III is a great game, albeit incredibly tough and somewhat unfair. It’s also where the famous “Bimmy” typo comes from, so not only is it an awesome brawler, it’s historically significant! 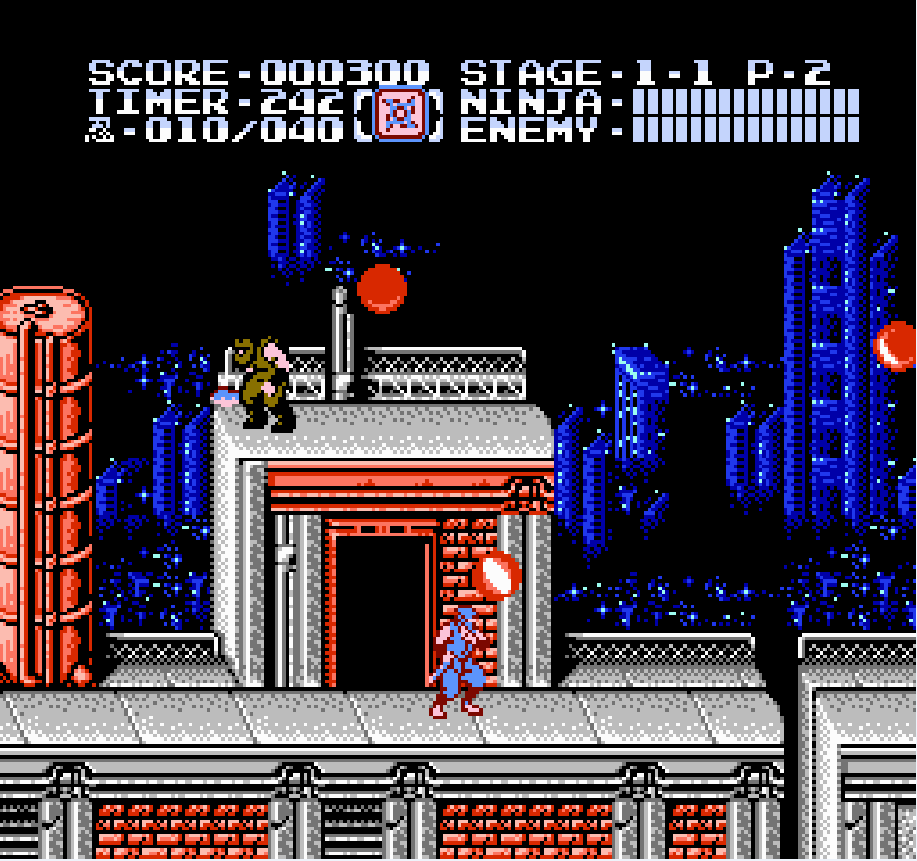 I would argue that above all other sequels still missing from this service, the second two Ninja Gaiden games are the most necessary. Ninja Gaiden is an all-time classic for NES and still very much worth playing today. Ninja Gaiden II does everything Ninja Gaiden did but even better. It’s a freaking masterpiece on the platform with very impressive visuals, even cooler cutscenes, an awesome story that ties back to the first game, remarkably tight gameplay, and an absolutely killer soundtrack. Ninja Gaiden II isn’t just the best Ninja Gaiden game (in my opinion), it’s one of the best games on the NES.

Ninja Gaiden III is alright, but its inclusion would be great because of the regional differences. The NES version of the game is famously obscenely difficult, whereas the original Japanese version is far more manageable. It would be pretty cool to have this version readily available for US gamers to take a stab at. 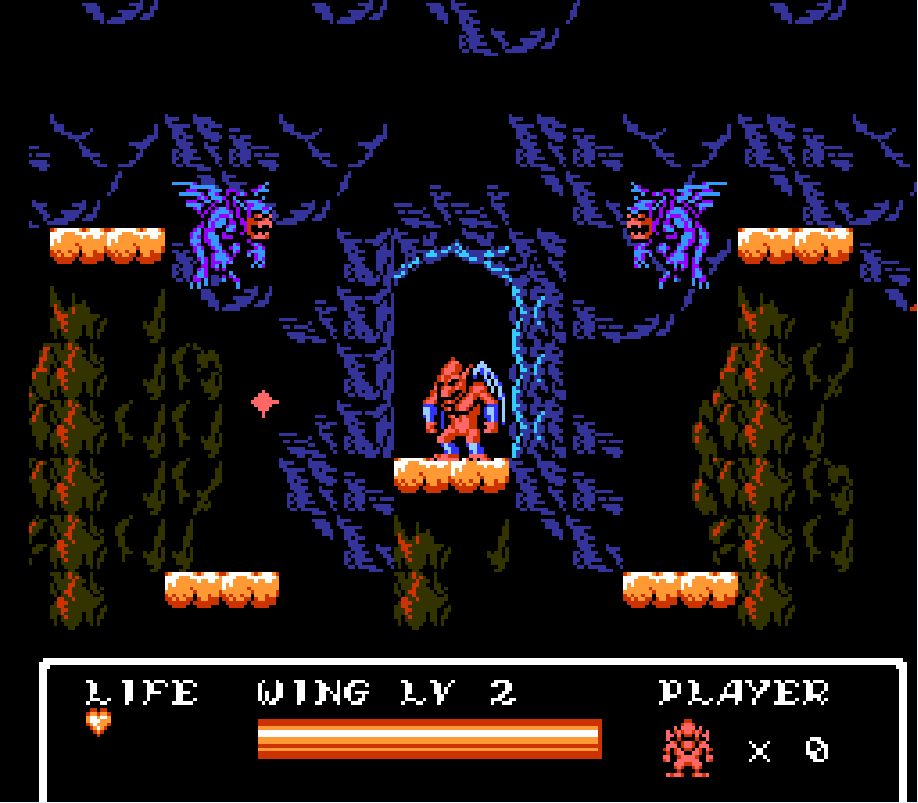 Okay, this one is kind of a cheat, but this game’s sequel, Demon’s Crest, is available on the Super NES app for Switch, so I’m going to say it fits. Regardless of its status as a sequel to a Game Boy game and not an NES game, this is a sequel that precious few people have actually played, and that’s an honest to goodness shame. The game didn’t come out until 1992, and finding a copy in the wild these days isn’t exactly easy or cheap. Gargoyle’s Quest II is a powerhouse of an NES game. On every technical level it shows Capcom’s mastery of the platform, boasting some top tier animation and sound for the platform, and its mix of action platforming and RPG elements keeps it feeling fresh even after all these years. It’s never been re-released, so now’s as good an opportunity as ever to get this game into more hands. 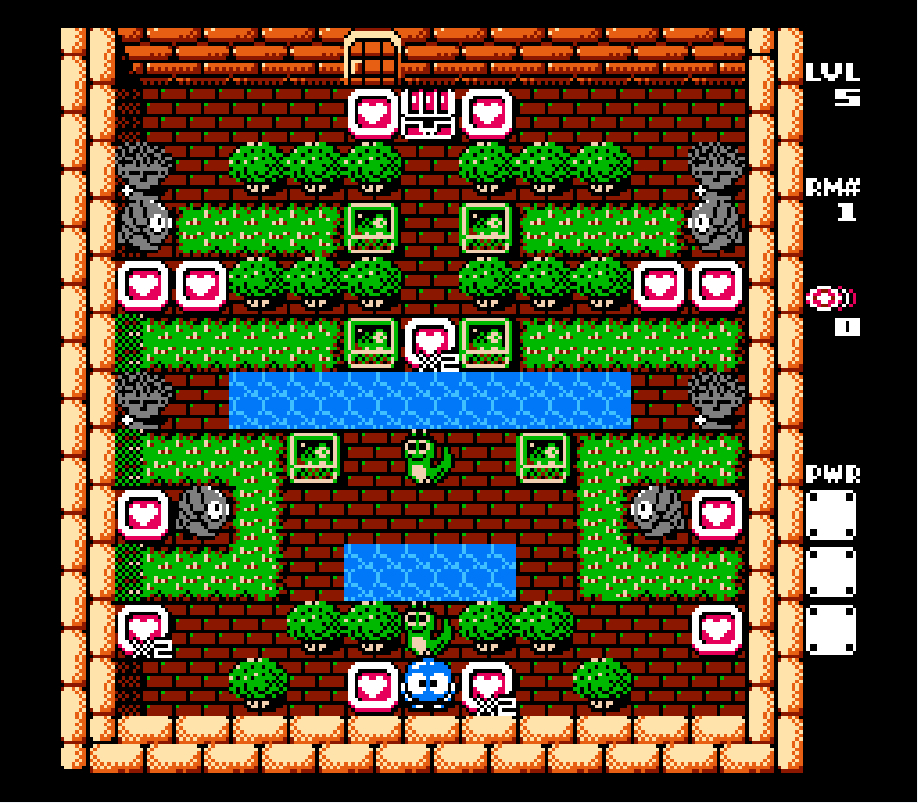 Adventures of Lolo is one of those Japanese franchises that has a really confusing numbering/naming system. It’s not quite as bad as the whole Wonder Boy debacle, but it’s still more confusing that Final Fantasy III/VI. The short version is that Lolo 1 was actually a compilation of levels from previous Eggerland games, which is what the Adventures of Lolo series came out of. So Lolo 2 was Lolo 1 in Japan, and Lolo3 was Lolo 2 in Japan, and then it went back to Eggerland for a couple of PC entries, and then the franchise went static. It’s never exactly been a powerhouse series, but all the games are pretty solid little block puzzlers, if all a bit on the same-y side. You’d be forgiven for seeing a screenshot of Lolo 3 and not being able to tell if it was Lolo 1 or Lolo 2, but with the first two Lolo games already up on the service in the US, why not bring us the third too? 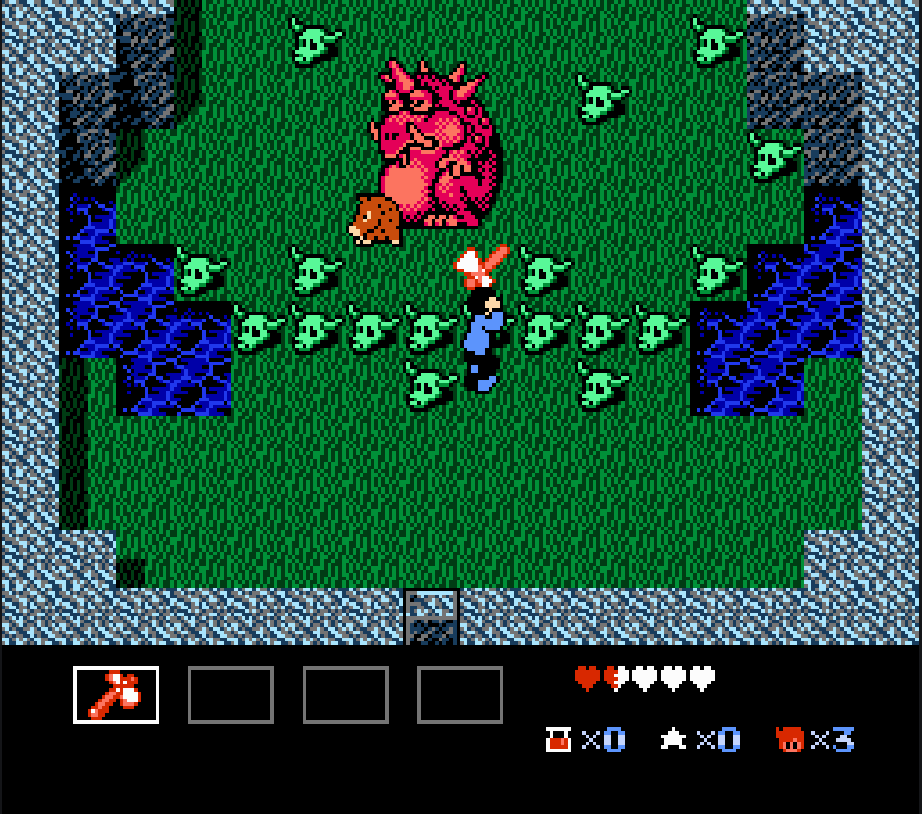 I can’t help but wonder how this game’s sales would have fared had Nintendo reversed its title and called it StarTropics II: Zoda’s Revenge instead. The original StarTropics was kind of a big deal on NES, and it’s always seemed to me that most people didn’t even know there was a sequel. Probably because they looked at the game Zoda’s Revenge and said “What the heck is a Zoda? Nevermind, I don’t care” and moved on before they noticed the tiny “StarTropics II” on the box. The first StarTropics stands as one of the more lengthy games on the NES Online app, and while it’s got its fair share of issues, it’s still a really fun game. Zoda’s Revenge fixes a lot of the first game’s issues, and while it doesn’t quite match the overall quality set by StarTropics, it’s really fun in its own right. Nintendo has trotted this one out on various Virtual Console services over the years, so it seems likely it may show its head one of these days. I hope so because I’d love an excuse to play it again. 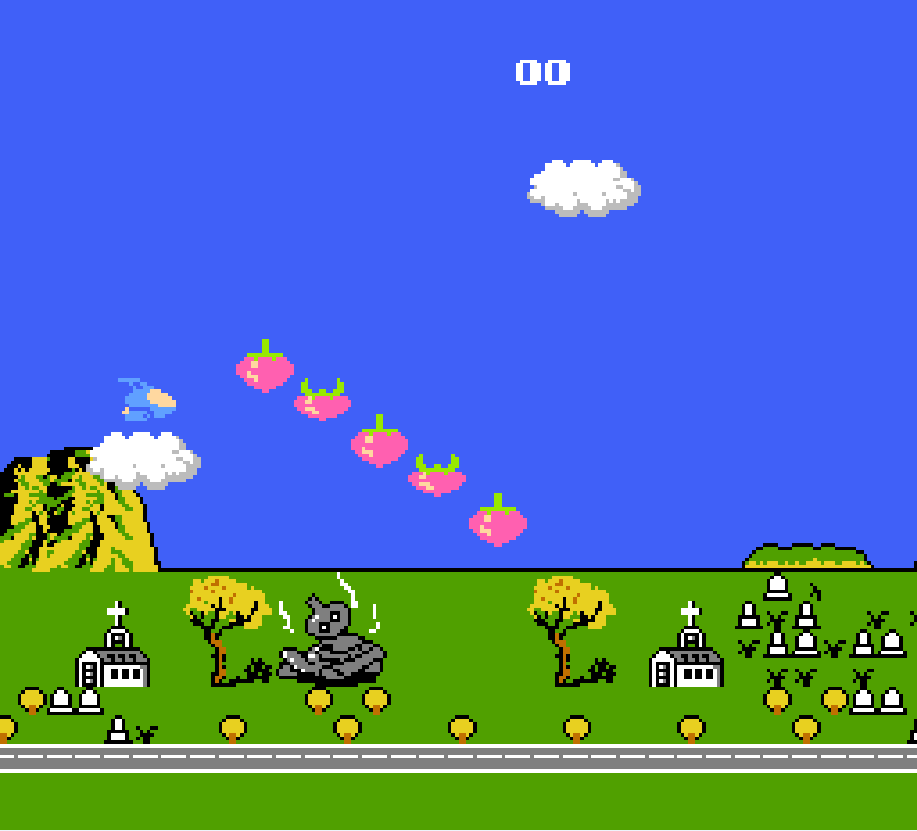 TwinBee was one of Konami’s premiere franchises back in the day, netting itself a ton of sequels over the years. The first game’s NES port was a strange choice for Nintendo Switch Online because it was never actually released in the US, yet there it was on day one, just sitting there like it was totally normal. Its sequel, however, WAS released on NES, and man I would love to see Stinger hit the platform because it’s one of my very favorite scrolling shooters. It looks and sounds like classic Konami through and through, but more interesting than that would be finally getting to play the original Japanese Famicom Disk System version. The box art for the NES game shows three players, but the game itself only had two, except in Japan! Having access to the 3-player version would be so cool, but even without that perk, Stinger is simply fantastic. 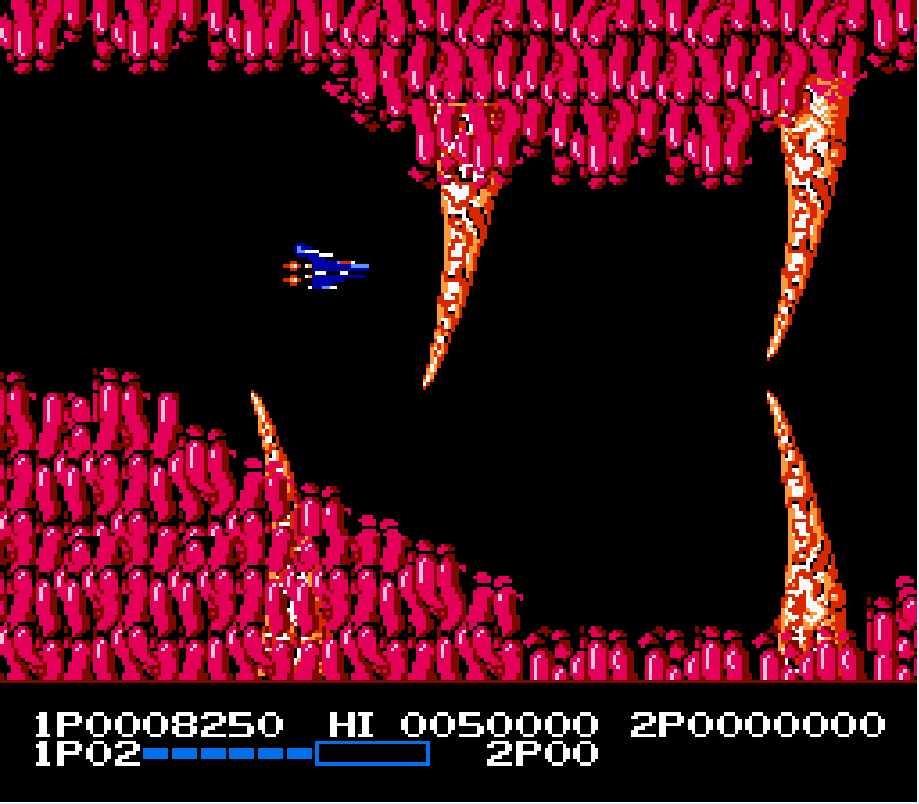 More spinoff than straight Gradius sequel, Life Force still more than deserves a place on the NES app. It’s widely regarded as one of the best shooters on the platform, and it’s one of those games almost everyone has some memory of either playing themselves or at least seeing someone else play. Man, Konami used to be so great. 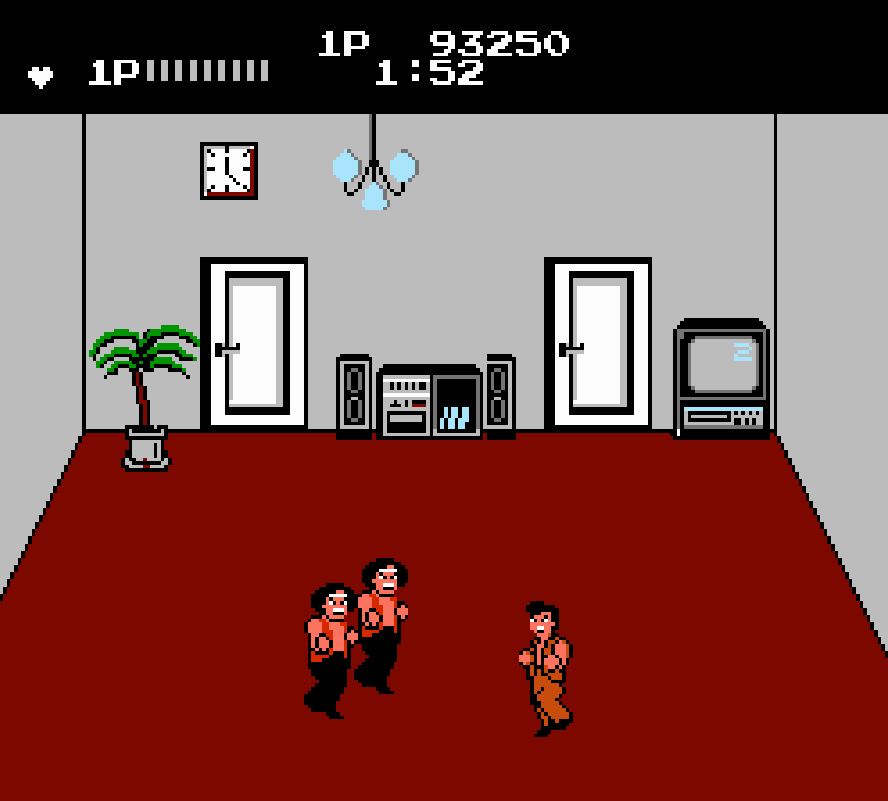 This one’s a little different because a game that’s already on the service is a sequel to this game, sort of. Renegade represents the start of the Kunio-Kun series, of which River City Ransom and Super Dodge Ball are both a part of. Renegade isn’t quite as good as those other games, but it’s still a cool beat em up, and for fans of the franchise, having a readily available way to play the original (or at least the NES port of the original) would be pretty cool. 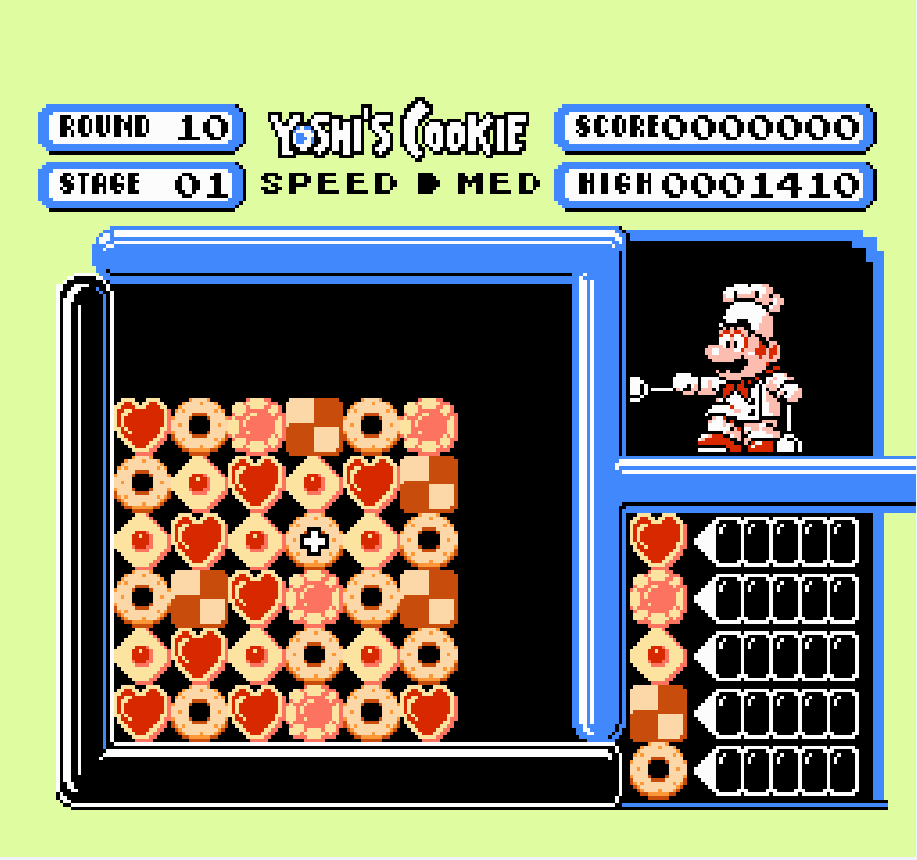 Okay, this one technically isn’t a sequel, but it’s another Yoshi-themed puzzle game that came out about a year after Game Freak’s Yoshi for NES. This one was Tose and Bullet-Proof Software, and it’s arguably had more of an effect on Yoshi’s branding as a whole than Yoshi for NES did. For whatever reason, everyone remembers this game. There was a Yoshi’s Cookie themed stage in Tetris DS, and every time a cookie shows up in a Yoshi game, it tends to look like one of the cookie options in this game. It’s a great little puzzler, and while I would prefer to have the SNES version show up in the SNES app, I wouldn’t say no to this one since it’s still great and has some excellent music. 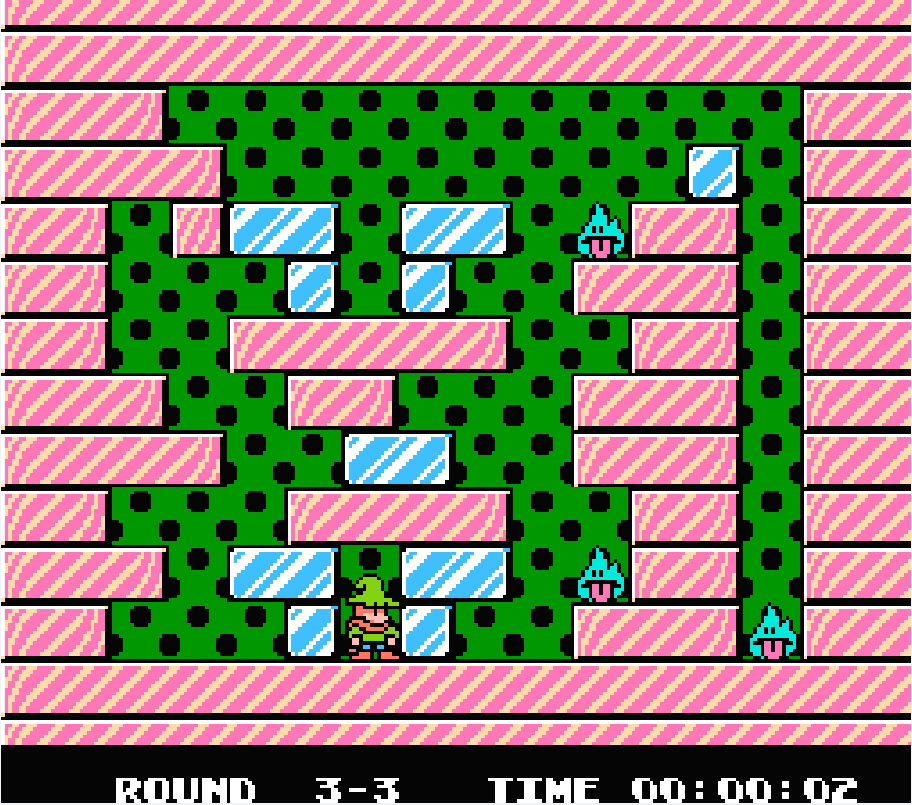 Oh yeah, Solomon’s Key had a sequel on NES. In 1993, Tecmo released Fire n’ Ice, a sequel to 1987’s Solomon’s Key, and it’s no wonder nobody knew about it. Solomon’s Key as a brand didn't exactly have a ton of cache to sell a sequel with, but some sort of external branding connection probably wouldn’t have hurt. Either way, this is a great little puzzle platformer that very few people have actually played, and thanks to its obscurity combined with its quality, it’s one of the more expensive NES games out there. Fire n’ Ice is a sort of elemental take on the established Solomon’s Key gameplay, and this release has some really impressive animation and super catchy music. It’s one of the NES library’s best hidden gems, and I’m sure if it were to show up on NES Online, it would raise some eyebrows.

Fire n’ Ice works as an excellent segue into the next chunk of games, the expensive stuff. Some of the NES’ hidden gems are still largely hidden because of paywalls. They’re super expensive and they haven’t been re-released anywhere. Some of them are tied up in rights issues, but most of them are just sitting there waiting to have a light put on them, and there’s no better place in my opinion than this NES Online app. So we’ll see you in one week for a rundown of ten expensive NES games that should hit the Switch. In the meantime, were there any sequels I missed? Do you love any of these games and want to play them on your Switch?