I’ve spent the last 2 weeks talking about characters I want to see represented in some form or another in Smash Ultimate, but this week I want to do something a little different. Yes, the character roster is probably the most fun thing to speculate on in the world of Smash, but there's plenty of other stuff that deserves our attention. Let’s dive in, shall we?

Like I said when I suggested the FFVII assist trophies, Final Fantasy’s representation in Smash feels a little wrong, and that needs to be rectified. Final Fantasy has an extremely rich history on Nintendo platforms, and I think adding some music from the franchise’s past is a great way to make things feel a little more connected. Seriously, every franchise in Smash that’s represented by a fighter has a ton of music in the game (Well, except Game & Watch, but that makes sense given the source material). Heck, they just announced there's going to be over 30 Castlevania tracks in Ultimate. But in the Direct, when they scroll past the FF logo in the sound settings, there’s still just 2 songs. There are entire games dedicated to just Final Fantasy series music, so why on Earth are we sitting on just 2 tracks ripped straight out of the FFVII PlayStation disc? How aren’t composers from all over the gaming world taking their swings at reimagining classic Final Fantasy tunes? Give me remixes from The Final Fantasy Adventure! Final Fantasy VI! The first game! Crystal Chronicles! There’s so many to choose from, and I want to hear them all. Smash music is a HUGE deal, and Final Fantasy is one of the series’ biggest areas of opportunity. I want more. 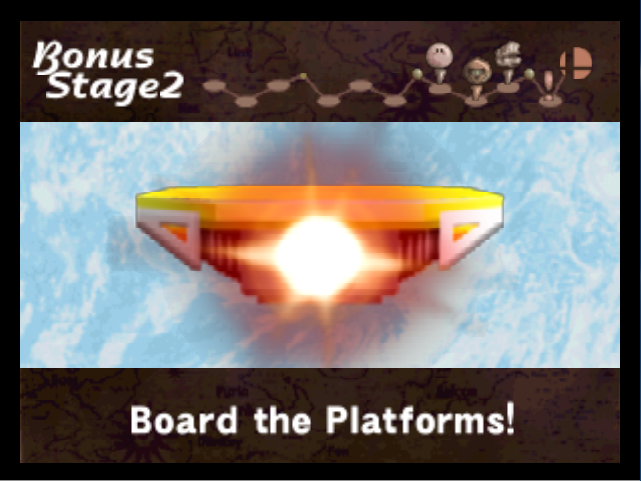 Break the Targets & Board the Platforms

These modes were so much fun. The target mode has been around a couple times since the original Smash, but Board the Platforms hasn’t, and it’s time to see a return to that. Both of these modes are really great ways to master the game’s characters in interesting ways. I remember spending what seemed like hours trying to figure out how to get every character’s targets broken and platforms boarded. Of course, there’s also Race to the Finish, but that was the same for every character and that one got really boring really quickly. However, if they could find a way to keep it interesting, like have a unique race for each character, well that would be something. The bottom line here is, these neat little modes give the single player aspect of Smash a much-needed boost. And it just so happens they’re really fun to boot. 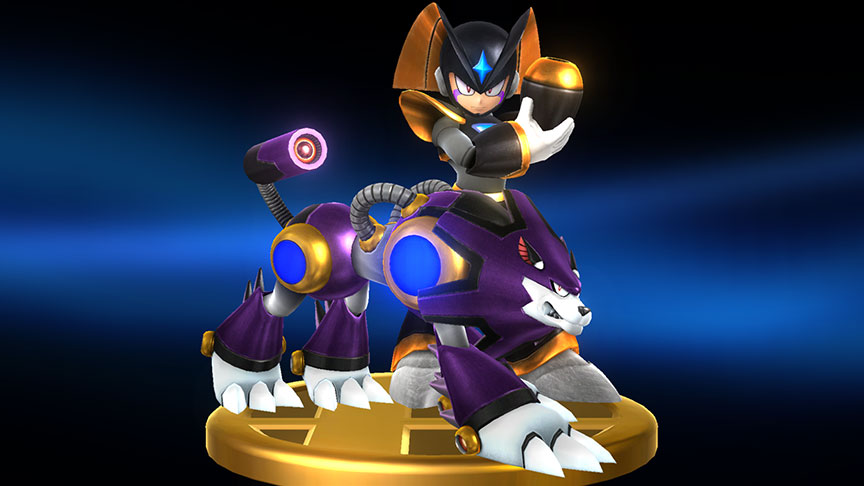 We haven’t seen word one about actual trophies in Ultimate yet. Yes, assist trophies are super cool and all, but trophies are where it’s at. At least, that’s how it used to be. Back in the Melee days, trophies were a unique opportunity to see characters and items from games all done up with pretty, modern graphics for you to inspect and rotate to your heart’s content. I can’t even begin to tell you how much time I’ve spent poring over all the trophies in each Smash game. However, in Smash 4, many of the trophies got kind of… lame. Instead of having characters from, let’s say, Punch-Out!! “Smashified,” they simply took the existing character models and put them on a pedestal. A bunch of trophies were just flat 2D sprites. That’s not fun to rotate and inspect! Sure, it’s a funny trick once or twice, but I’m not here to see assets I’ve seen in other games. I want to see what Bubbles from Clu Clu Land looks like in the same style as the fighter characters! I want those trophies back. I want trophies from every character’s world, and I want a lot of them.

I also want stickers to return. Yeah, there was a billion of them, but they were all these great pieces of original character and promotional art. Now that there’s a slew of 3rd party characters in the game, stickers could provide endless hours of really fascinating museum-style nerdery for fans like myself to drool over. The museum aspect of Smash has always been one of its biggest draws for me, and it’s an aspect of Smash Bros. Ultimate I want to be, well, ultimate too. 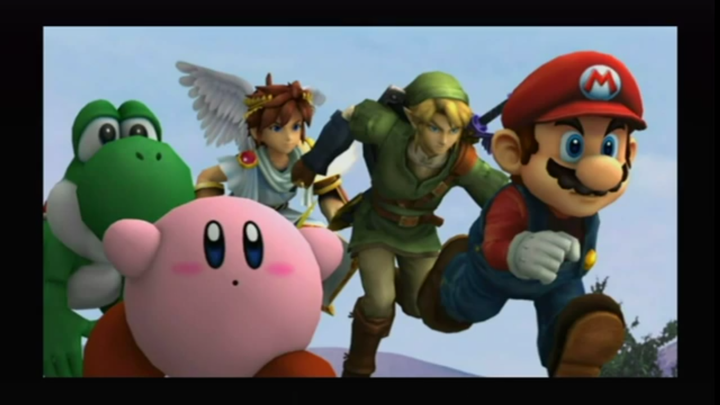 This is all but confirmed, what with that green part of the menu they showed off being blurred out. Apparently the word Spirits appears under it, which I’m going out on a limb and saying is part of the new name for the single player campaign mode. Subspace Emissary wasn’t exactly a normal title either, so why not call the mode Spirits, right? Something about the CG cutscenes they’ve been using to introduce characters is striking me as stuff that’s been repurposed from some sort of Subspace-style single player mode. I hope with all my heart that’s the case, and that this time they do it up right. Subspace was kind of crap, but those cutscenes made playing through it worth it in the end. If they can make an actually fun adventure mode with a fresh set of CG scenes involving this ridiculous cast, COUNT ME IN. I played all the way through Subspace and while I don’t exactly remember the gameplay fondly, that absurd story they tried to tell was so cool to watch I still get chills thinking about some of it. The big boss fights especially were nuts. Give me more of that kind of stuff, and not just as stage hazards. Make me fight some Robot Masters, Dracula, giant Pokemon, that Monster Hunter monster, whatever. Make it cool, make it flashy, and make it fun. Just don’t forget to, you know, make it. And make Hades from Kid Icarus: Uprising the main villain. He’s amazing. 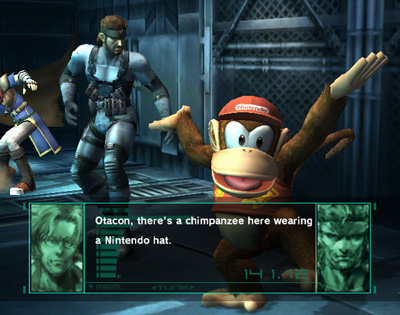 Back in Brawl, if you did a certain taunt at the right time in the right place, you could trigger full codec conversations between Solid Snake and someone else from the Metal Gear Solid franchise. Then in Smash 4 they did the same thing with Pit and other characters from Kid Icarus: Uprising. These conversations were different for every single fighter in the game, and featured the original voice actors for each one. It’s far and away my favorite secret in any Smash Bros. game. Now that Pit and Snake are in the same game, I don't just want both of their secret conversations to return, but I want some Star Fox conversations as well. 3 sets of hidden conversations, all fully voiced, all different for whatever character happens to be on the screen with you at the time. I want Snake and Otacon to talk about Pac-Man. I want Pit and Viridi to argue about King K Rool’s species. I want Richter to go into his speech from Symphony of the Night to the Star Fox team. Is it a long shot? Sure. There’s a lot of characters to write about. But this is exactly the kind of crazy I expect from Sakurai and his team. I have my fingers crossed.

Well, that covers the other stuff I’m still hoping for in Smash Ultimate. Did I miss anything? Come back next week for the final entry in my Smash Bros word barf extravaganza where I’ll talk about new challengers I think might show up in Ultimate.