Baffling choices by certain companies aren’t all that surprising. Konami is doing something awful? Of course they are. Nintendo is making a new game made out of cardboard? Sure, that sounds like a Nintendo move. Square is making their fans’ heads spin? Par for the course.

Square’s been making an extraordinary amount of wacky moves lately though, and it’s really starting to feel like they know exactly what their fans want, and it’s their mission to make those fans as sad as possible. For example: 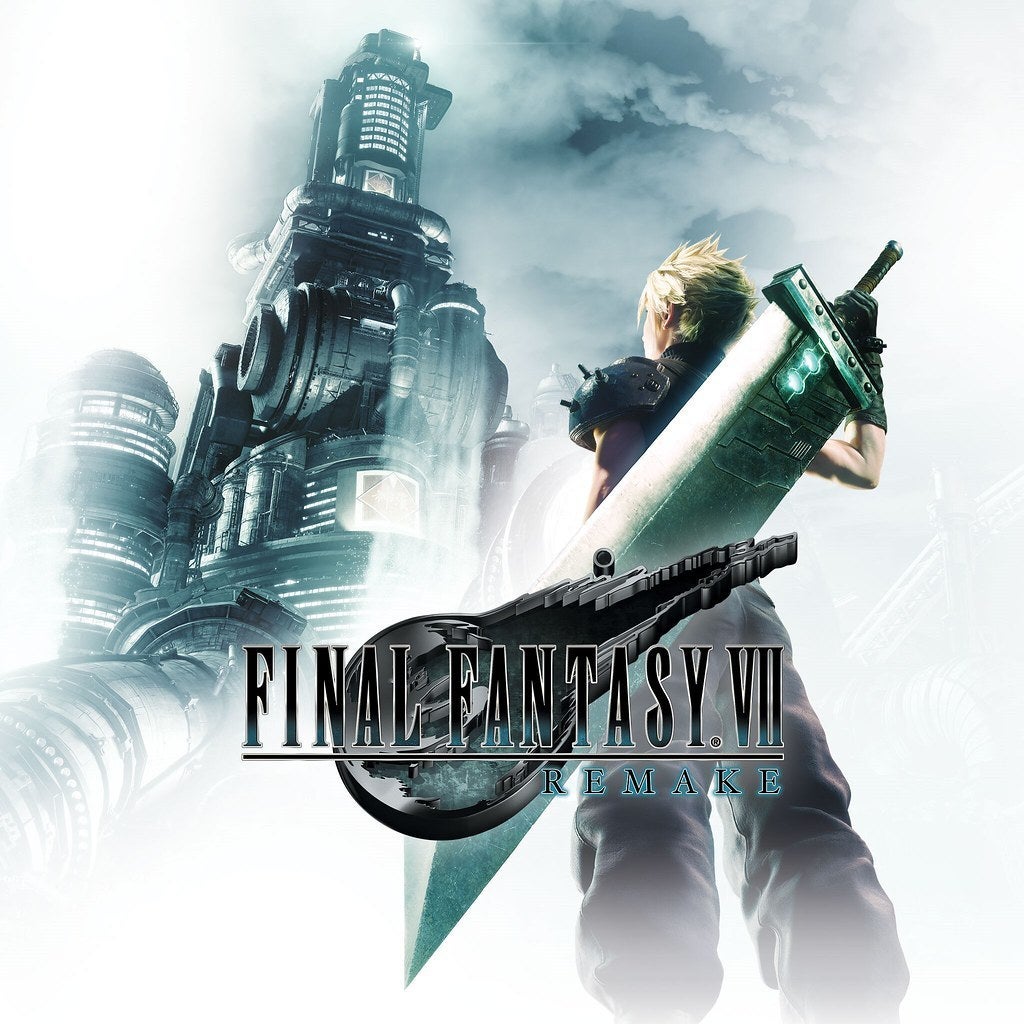 This ones a little dated, and the actual quality of the final release is definitely something that’s up for debate, but this is such a high profile example of Square knowing EXACTLY what their fans want, and doing everything they can to make sure the final release is as far from that as possible, that it was hard to pass up. Since the debut of the PlayStation 3, Final Fantasy VII fans have wanted a pretty remake of Final Fantasy VII. Just the original PlayStation 1 game with modern graphics. That’s all that needed to be done. That’s all the massive FF7 fanbase has ever wanted. It’s basically money in the bank, but after over a decade of fans begging Square to follow up their PS3 tech demo with an actual game. 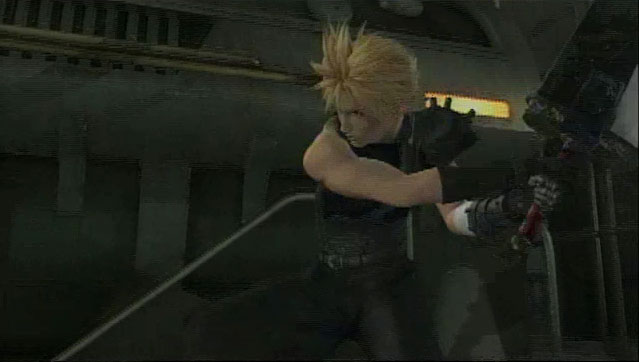 Square finally did it, sort of. They announced Final Fantasy VII Remake, and it looks gorgeous, it sounds amazing, and it’s quite literally not Final Fantasy VII. It’s no longer a traditional turn-based RPG, and story elements have been changed in a pretty significant way. This isn’t just some sort of reimagining of the original story. This is a story that plays with the fact that the original story is what was supposed to happen, but it isn’t now. So while it’s technically a remake because they’re literally remaking Final Fantasy VII, it’s not a remake in the traditional sense of the word, which is what fans have been asking for for ages. Oh, and it’s episodic, which means it’s probably going to be at least another decade before the whole game is actually finished. Yes, the final product is an interesting thing, but it’s hard to ignore just how far out of their way they went to specifically not give their audience what they wanted.

Chrono Trigger is in Widescreen, but you can’t play it on consoles!

Chrono Trigger has had some great re-releases over the years, but they seem to have all but stopped happening. That is, with the exception of the terrible Steam port.

Well, it WAS a terrible Steam port, but over the years since its release, Square has actually fixed it up quite a bit, and it’s become a rather respectable version of the game. Heck, I’d go so far as to say it’s darn good! Now, they just announced a new update that makes the game playable with its original pixelated graphics IN ULTRA WIDESCREEN! They added more save slots, gave options to speed up battles, and it's really looking spectacular.

But it’s only on Mobile and Steam. 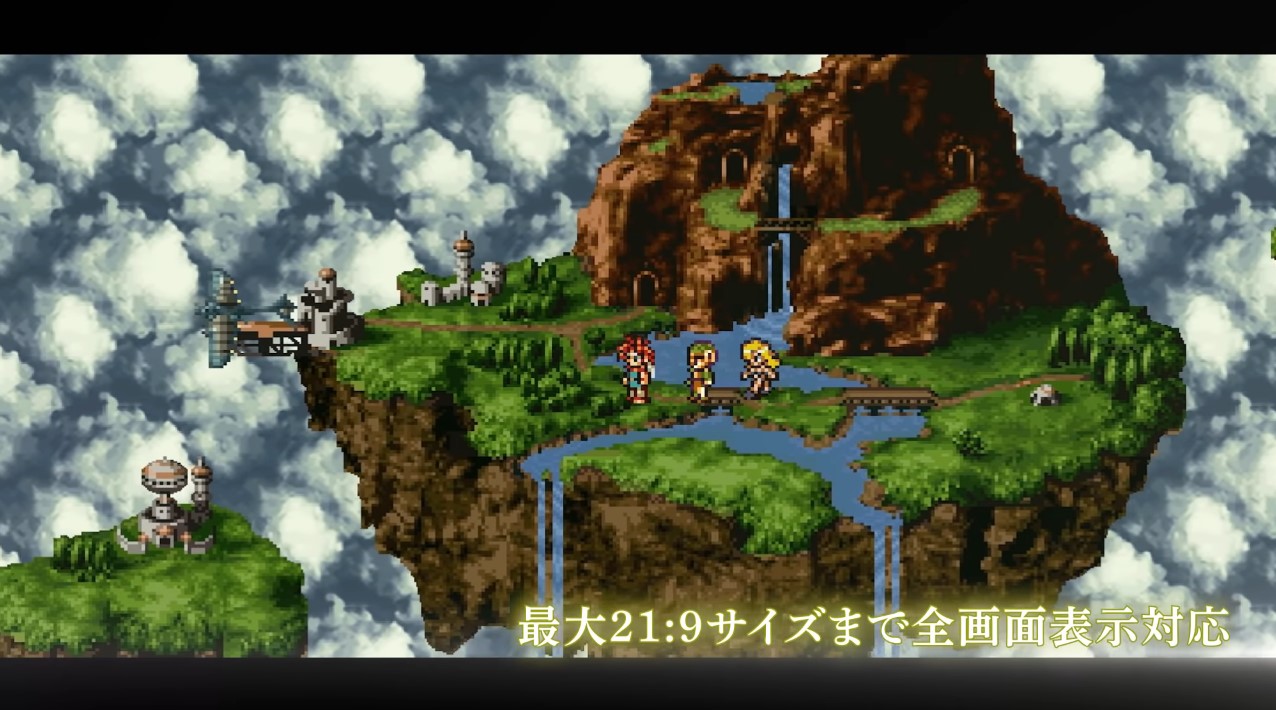 Nintendo fans love Chrono Trigger. It was originally a Super NES game, the previous best version of the game was exclusive to Nintendo DS, it had an exclusive followup on the SNES BSX Satellaview of all things, and if you’ve ever read Nintendo Power you know that people were sending Chrono Trigger envelope art into the magazine for years after its initial release.

PlayStation fans also love Chrono Trigger. It was part of the Final Fantasy Chronicles collection which featured all new animated cutscenes, and more importantly, its full scale follow up, Chrono Cross, was a PlayStation exclusive. The desire to have Chrono Trigger on modern consoles, especially Sony and Nintendo, isn’t exactly a secret one, and fans have been very publicly clamoring for it for ages now. Why Square insists on leaving that money on the table is beyond me.

Chrono Cross is finally being re-released! But it’s only digital! 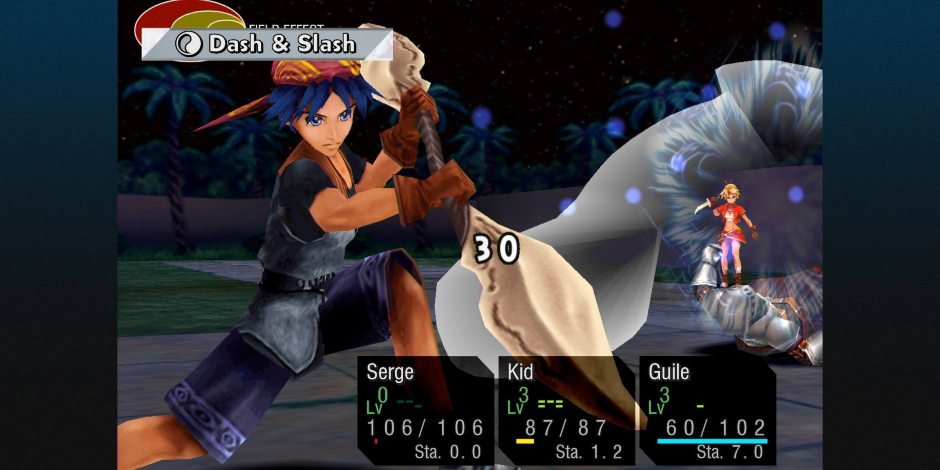 Speaking of the Chrono series, the often maligned (but still quite brilliant) sequel Chrono Cross is finally being widely re-released, and with some real effort put in, no less! This is pretty universally good news, except for the fact that thus far there doesn’t seem to be a physical version in the works.

I'm a big fan of physical games, but even I have to reluctantly admit that not every game needs to be made physical. However, if there’s one kind of goon you can count on to blow a bunch of money on a physical game they don’t need, it’s retro RPG goons. I know, I’m one of them! They’re giving Live a Live a physical release, but not Chrono Cross?

Maybe, MAYBE, they’re actually going to port Chrono Trigger to modern consoles and then release a double pack with Trigger and Cross like they did with Final Fantasy VII and VIII, but until they actually announce it, I can only assume it isn’t happening. Again, this isn’t the end of the world, but it’s such a sure bet you have to wonder why they aren’t pursuing it.

Kingdom Hearts is finally on Nintendo Switch! But it’s only a Cloud version! 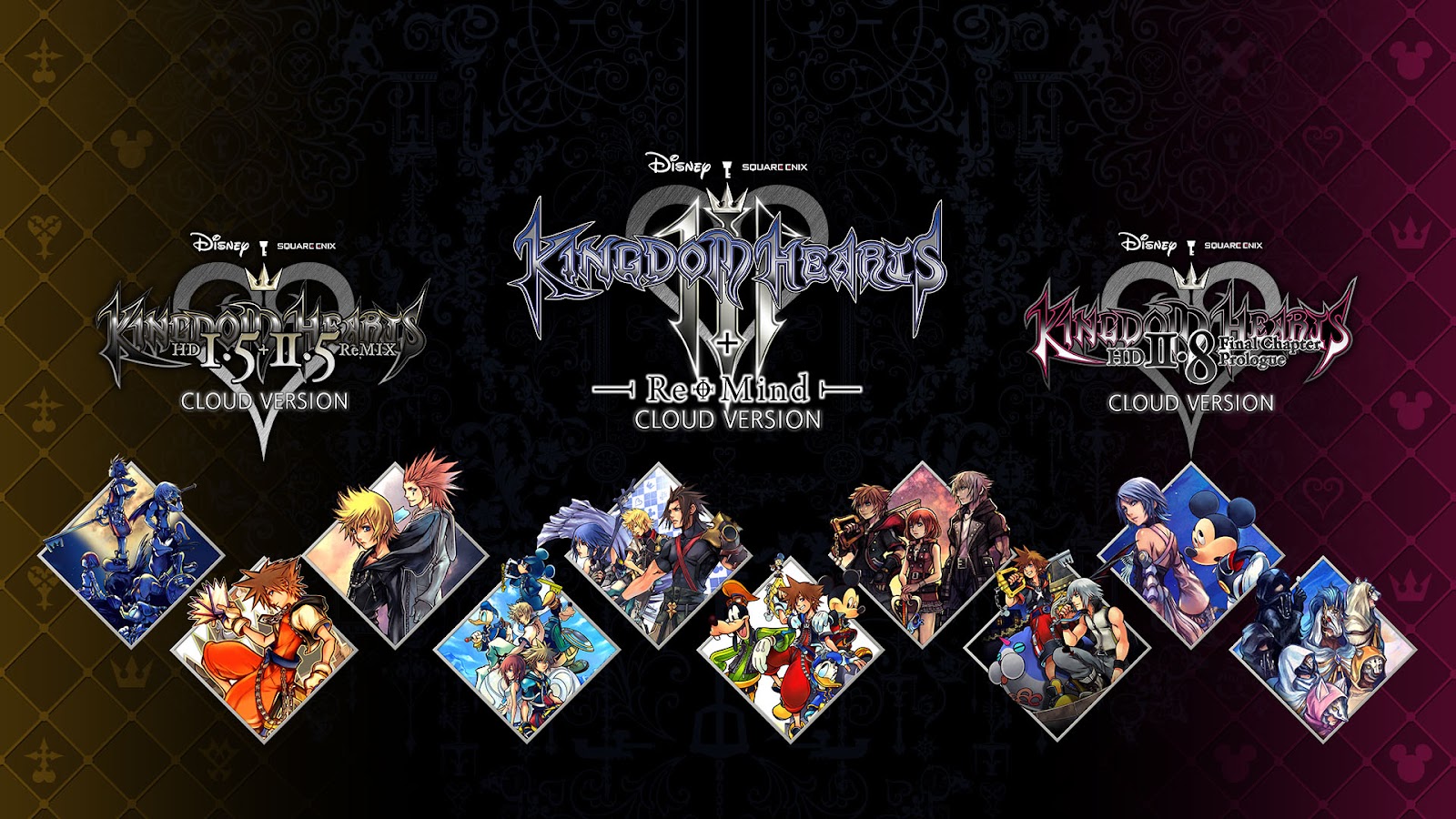 Ugh, this one is such a heartbreaker. (See what I did there?) Kingdom Hearts and Nintendo have been a perfect match since the game first came out on PS2. Tons of people wanted a port for GameCube, but it never came. However, the series first follow up landed on Game Boy Advance, and a great many Kingdom Hearts games followed on various Nintendo handhelds, each with titles more absurd than the last. Still, the mainline games avoided Nintendo platforms, even the re-releases, regardless of the fact that huge swaths of the fanbase would have happily purchased them there, and that the existing Nintendo fanbase would have loved to play them. There was an argument to be made that the Wii was ill-equipped to properly host the Kingdom Hearts games, and the Wii U wasn’t anywhere near popular enough a platform to warrant the effort it would take to port the existing collections, but here in the year 2022 with the Switch more than capable of running the entire saga with the exception of maybe 3, the lack of Kingdom Hearts games on the platform has been a constant source of confusion.

Then, Sora got added to Smash, and the Kingdom Hearts games got announced for Switch, as Cloud based games. 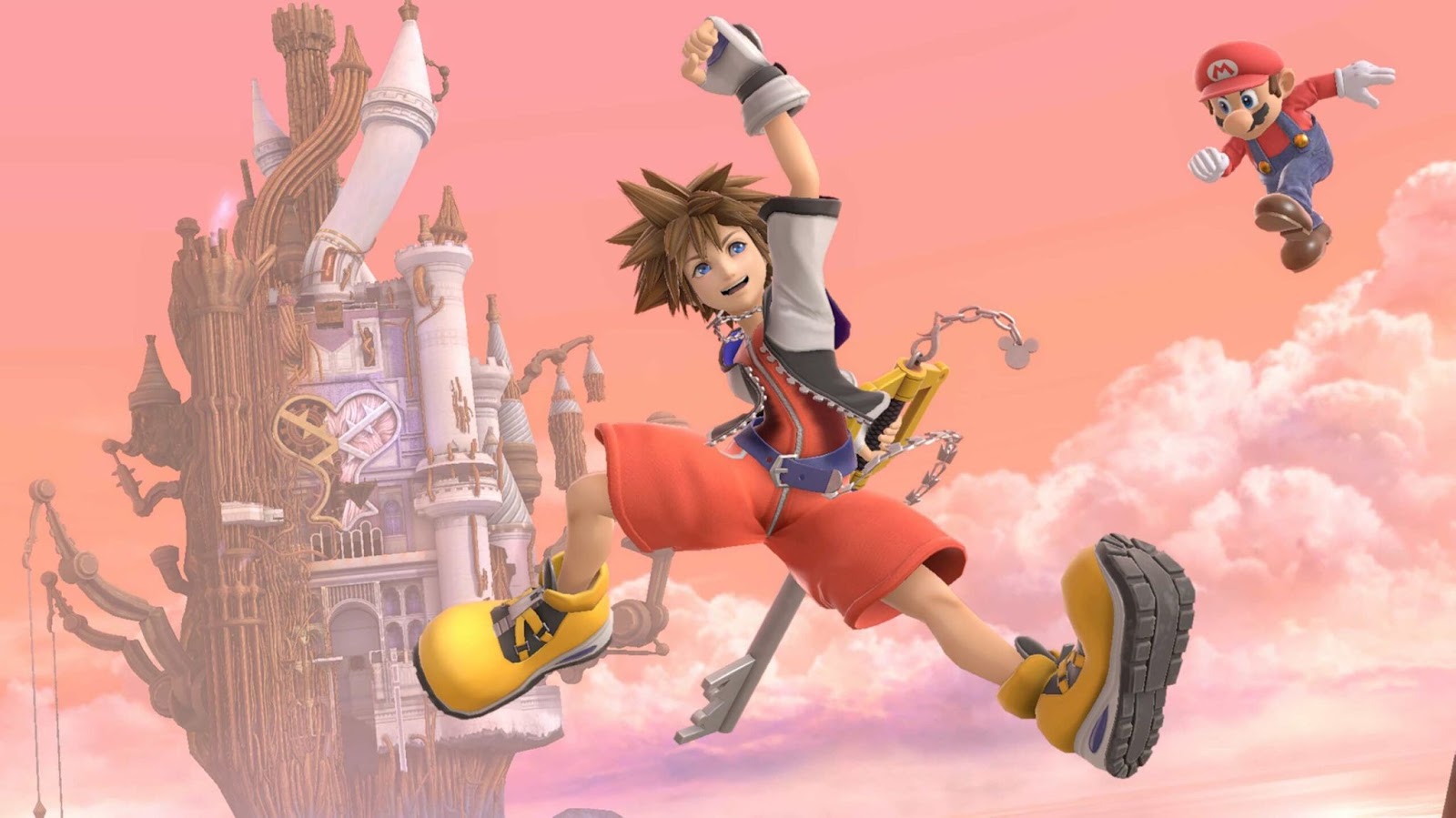 Cloud gaming is theoretically a really cool thing, but it requires a lot of solid internet connectivity, and if there’s one thing Nintendo is notoriously bad at, it’s being up to date with the latest and greatest in internet connectivity technologies. Yet here we are, with the only way to play the Kingdom Hearts games on Switch being gimped Cloud versions. For some, if you’re playing at home with a stable internet connection, this isn't really much of a problem, but for the majority of players, it is a problem that results in stuttering gameplay, and some serious limitations on the whole portability factor.

This was clearly done because it’s the least expensive way to get these games running on Switch, and it’s high profile enough that Square probably assumed that no matter how cruddy it is they’ll likely still sell a bunch of copies and money will be made, but it’s been shown that this is by far the worst way to play these games currently, which considering the popularity of both the Switch and the Kingdom Hearts franchise, is just tragic.

Final Fantasy Pixel Remasters look amazing! But they’re only on mobile and Steam! 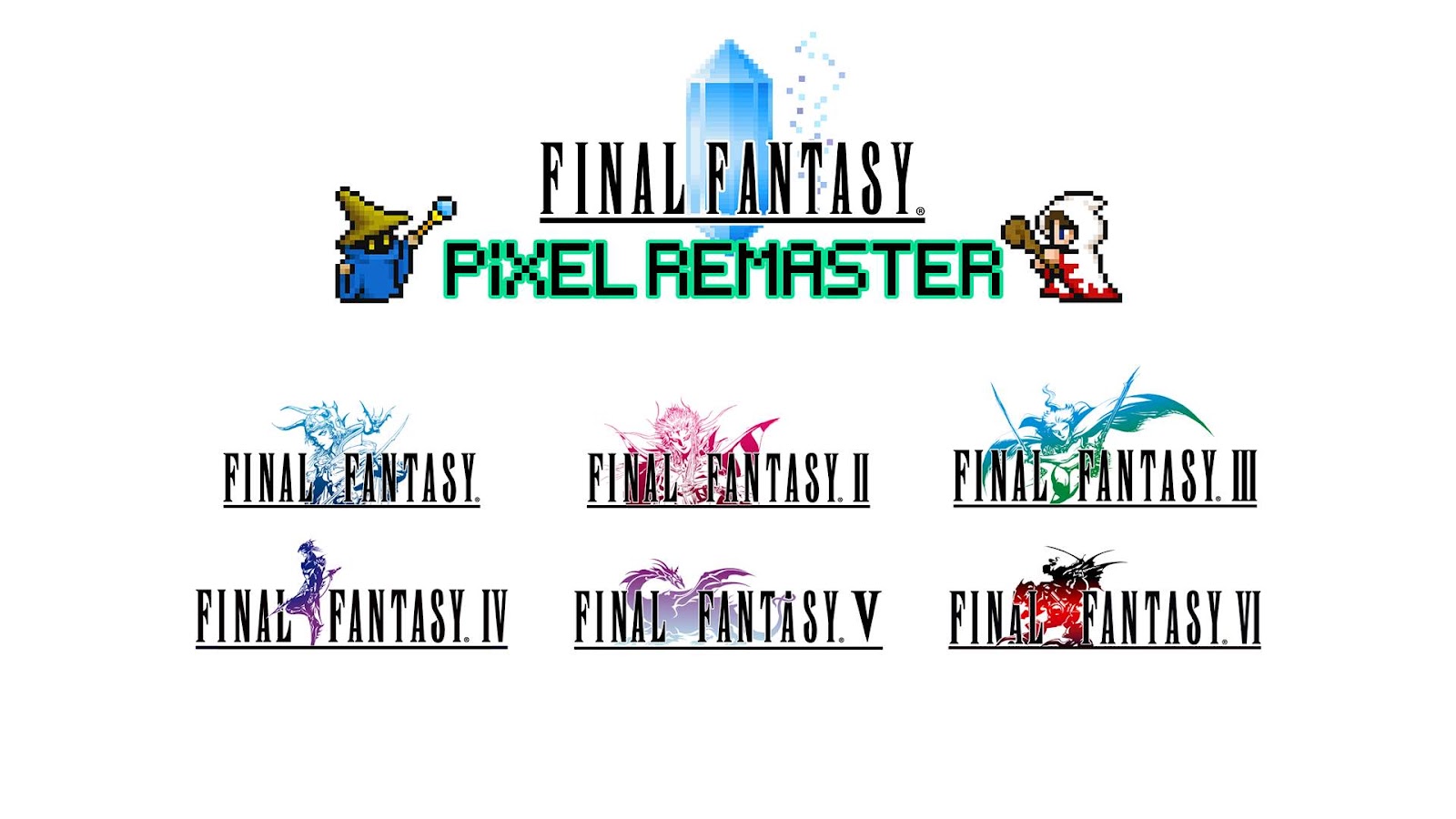 So when Square announced the Pixel Remasters series, fans were immediately elated. They looked great! Then they announced they’re freaking mobile games? Seriously? Not unlike Chrono Trigger, the audience, at least here in the US, wants these games on consoles. So why the actual heck are these games still only on mobile and Steam? It stands to reason console ports will make their way into existence eventually. After all, Square is really into the whole money thing, but again, we haven’t heard anything about that being the case so I can only assume these games will remain mobile and Steam exclusives, which is bananas.

Square just won’t stop making these bizarre decisions. Have you heard about that awesome collectors edition for Triangle Strategy that’s only available in Japan? Or how about the new Chocobo Racing game on Switch that is positively bursting at the seams with microtransactions? 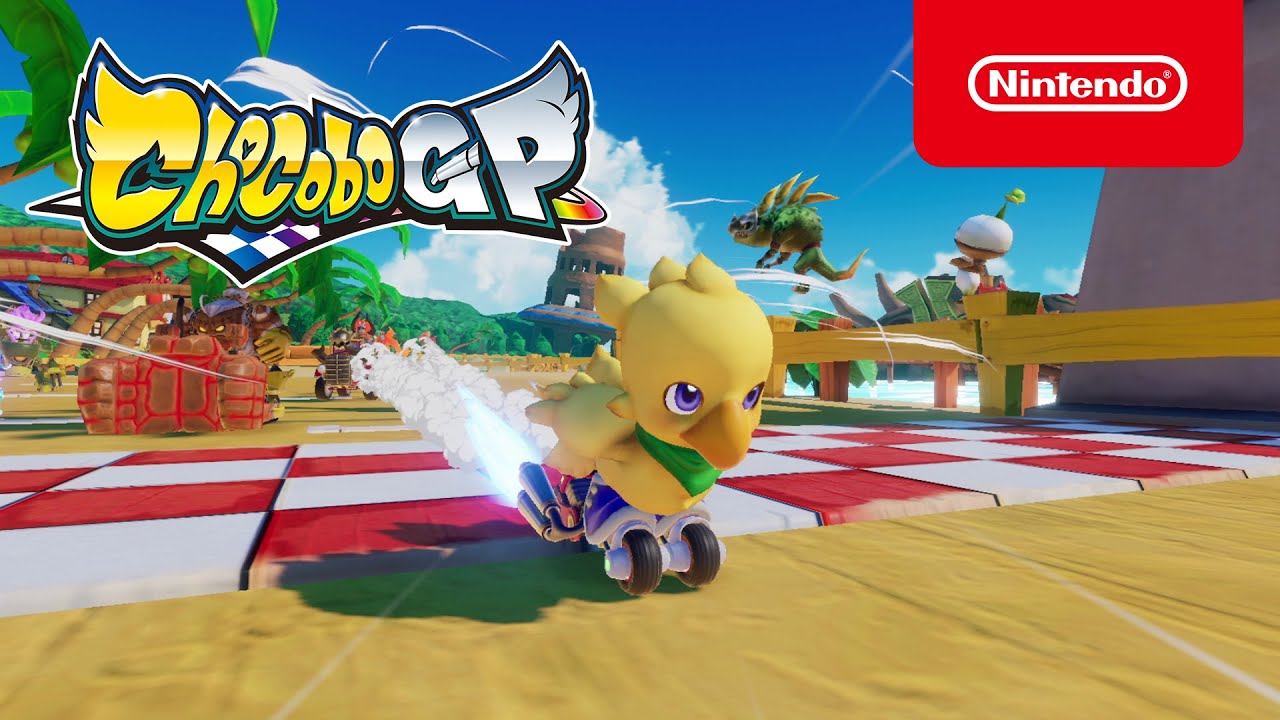 Someone in charge at Square has to either be completely unaware of just what kind of damage they’re doing to their brand, or maybe it’s a case of them simply not caring as long as they bring in a paycheck. Either way, I really do hope Square gets their act together because they have some incredibly important legacy content that deserves better than this.