My 4-year old son and I just finished beating The Legend of Zelda: A Link to the Past together a few days ago. He still isn’t all that interested in having the controller in his hands, but the whole time he was “helping” me solve the game’s various puzzles, and enjoying the world and story. It was quite a nice refresher on why it’s widely considered one of the best games ever made. But now that it’s over, the decision of where to go from here left me scratching my head a bit. 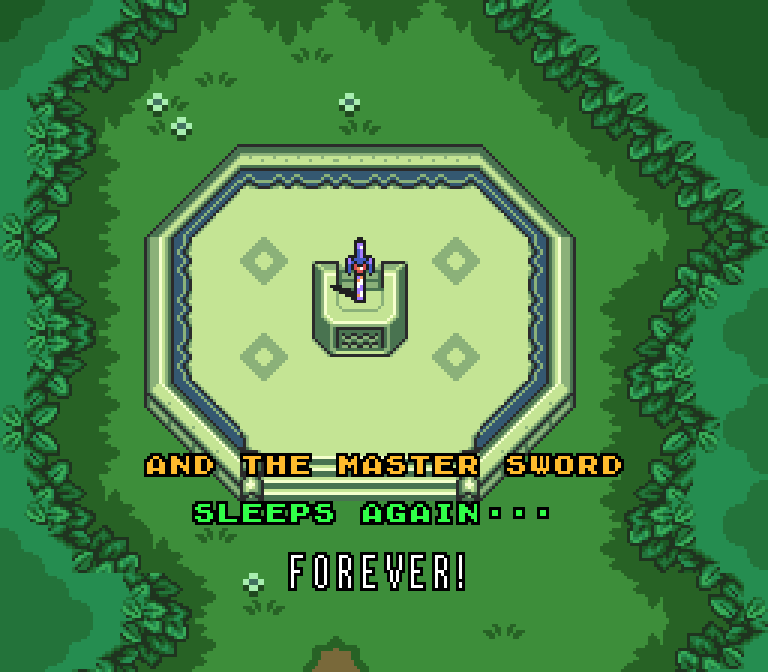 I had 2 thoughts. First, the game that came out after LttP was the phenomenal Link’s Awakening. It’s one of my all-time favorite games, and I’d been looking for an excuse to pick it up again. Second, A Link Between Worlds. I was mostly lukewarm on this game the first time I played it, and I thought giving it a fresh go with John might help me see why some people consider it as good as, if not better than, a Link to the Past. I went with A Link Between Worlds because it’s billed as a direct sequel to LttP, and I really wanted to love that game instead of just like it.

John was all manner of excited when I told him about it. He loves playing 3DS games with me for some reason, and while I much prefer to play my games on a TV, it’s not like I have many options when it comes to A Link Between Worlds. So, I popped the cart in, and fired it up. He was immediately drawn in by the opening sounds. Just like LttP, the Triforce spinning into formation is incredibly cool. I started a new save file and we started going. But first, exposition. And more exposition. Aaaaaand more exposition. I was reading all the text to him like I usually do, but man, I forgot just how wordy the beginning of this game is. Great thing about LttP is how it gets straight to the point. It tells its story in no time flat. This game just keeps going on and on. Mind you, it looks great and the music is incredible, but by the time the evil painting guy came along, I had lost John completely. He was jumping around on the bed, running around the room, and generally not paying any attention to the game. To be honest, I wasn’t either. There wasn’t anything particularly charming about the characters or anything, and running around on almost exactly the same map as LttP rubs me as wrong today as it did back then. 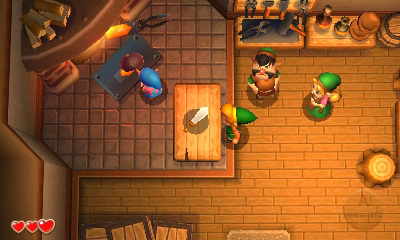 As I met Ravio, the purple rabbit-looking dude who’s actual identity is one of the cooler things about this game’s story, I tried to remember things about the rest of the game and the only things that stuck around were things I didn’t like. I couldn’t remember more than one or two puzzles I solved, and I certainly don’t remember any of the boss battles. That’s kind of a big flag right there. But that’s not all. I know the continuity in Zelda games is tenuous at best, but there are a few things that have been laid out in specific detail that this game betrays. For example, what the heck is Lorule supposed to be? Forgiving the silly name, this place is literally the Dark World from LttP, a place that shouldn’t exist anymore. In LttP, The Dark World is actually The Golden Land. Its specific form was a reflection of Ganon’s heart, and once Link grabbed the Triforce at the end of LttP, the Dark world reverted back to the Golden Land and that was that. So how could this Lorule place possible be an exact replica of what the Golden Land manifested itself as via Ganon’s heart? Doesn’t make a lick of sense, and it irks me. The idea of making a sequel to LttP is a cool one, but this kind of oversight is really bothersome. 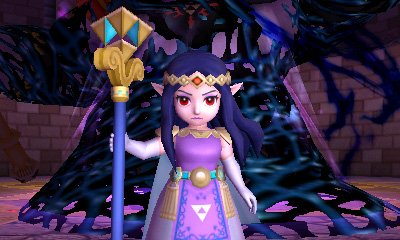 But I Digress. Like I said before, I liked Link Between Worlds well enough when I played through it. It’s not a bad game by any stretch. But unlike A Link to the Past, it wasn’t able to keep my son’s attention. So, since I was feeling lazy at the time, and I didn’t want to get up, I asked John if he wanted to try another Zelda game. I just so happened to have Link’s Awakening DX downloaded on my 3DS, so I figured it was worth a try. From the jump, he was completely sold. 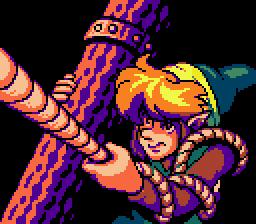 That opening scene with Link on the boat is still incredibly cool, and John thought so too. Then the title screen shows Link washed up on a beach, and the camera slowly pans up to the Wind Fish’s egg and John looks up at me and asks “What’s in that egg?” I told him “Let’s find out.”

Just like LttP, Link’s Awakening gets right to the point. There’s a little dialogue to get us started, but you’re immediately told to go to the beach. You get your shield and learn to push those urchins around. The owl shows up and starts talking about the Wind Fish. You get your sword, head the the mysterious woods, get confused by that racoon, you know, things are happening. There isn’t this giant long exposition standing in your way of going on an adventure or solving a puzzle. Moreover, this game is just so full of imagination and whimsy.

Just walking through the town was enough to keep John’s attention. There was a Yoshi doll in the shop. There’s a chain chomp outside this woman’s house. We can go fishing if we want. And that’s just the surface stuff. The super clever writing with the guy who tells you he’s going to be lost in the mountains later, or the kids teaching you how to save, are absolutely brilliant. We had to stop playing before we could bring the mushroom to Crazy Tracy and make magic powder, but you better believe he’s asked me to play that game again, and not a Link Between Worlds. 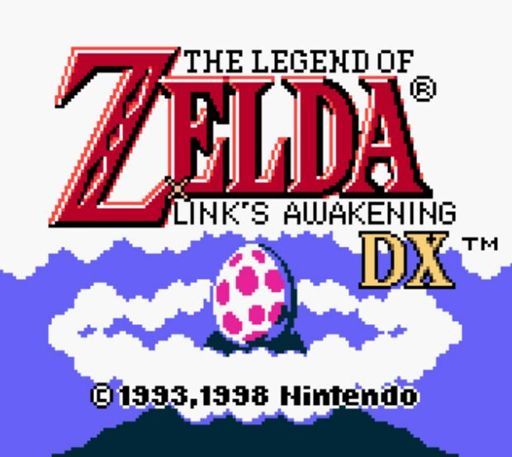 It’s funny looking at the Zelda games I’ve played with John and which ones he’s liked. The original NES game he loves. Link to the Past he was crazy about. He’s was really into Wind Waker when we played it last year, and he absolutely LOVED Breath of the Wild. On the other hand, Spirit Tracks couldn’t keep his attention, even though it featured trains, he got bored of Ocarina of Time pretty quick, and Twilight Princess didn’t do anything for him at all. I have no doubt that he’ll like these games when he’s older, but it’s interesting to me to see what games capture his imagination immediately. Even the simple pixels of Link’s Awakening or the original NES game were enough to get his gears moving, while the hideous blocky graphics of the N64, drab browns of Twilight Princess, and overabundance of exposition before you actually get to do anything in Link Between Worlds and Spirit Tracks just made him want to get up and do something else. In all honesty, I tend to feel the same way as him. With the exception of Ocarina of Time, I haven’t had a very easy time going back to some Zelda games. Even Ocarina, for all its brilliance, has started to show its age in very ugly ways. When Twilight Princess HD came out I was genuinely excited to give that game another go because I remember really liking it at the time. But I fell out of it only a few dungeons in. Maybe it was the fact that I had small children crawling all over me, but more likely it was the tedious nature of some of the more recent Zelda games. I’ll tell you what doesn’t have an ounce of tedium, Link’s Awakening.

This little Game Boy game is pure magic, and I can’t wait to play through it again with my son at my side. One of these days he’s going to pick up the controller and do it himself, too. And that’s going to be an awesome day. Now it’s time to wake the Wind Fish.