Rattle n Roll on the go!

Snake Rattle n Roll for NES is probably not your favorite game on the platform. There’s even a pretty good chance you’ve never played it before. It’s not exactly a hidden gem, but it’s my understanding that it’s not one of those games everyone has played either. Which is a bit of a shame because it’s pretty great. 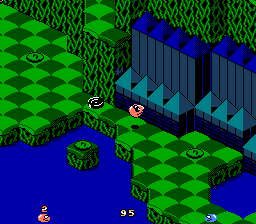 It’s a classic isometric “3D” platformer by Rare, and it’s simply delightful. Of course, being a Rare game, it never found its way to any of Nintendo’s Virtual Console or online services, but it was re-released as part of the Rare Replay collection. It also got a weird port to the Sega Mega Drive complete with an unnecessary all-new soundtrack courtesy of David Wise, the same guy who composed the absolutely stellar soundtrack to the NES original.

But a new soundtrack for a 16-bit port by the same composer is hardly the strangest thing to ever happen to this game. That honor would have to go to its exclusive Game Boy sequel that not only intrinsically changed the way the game is played, but inexplicably avoided using the name Snake Rattle n Roll, presumably to make sure that anyone who was a fan of the original would have no idea this game was in any way related. 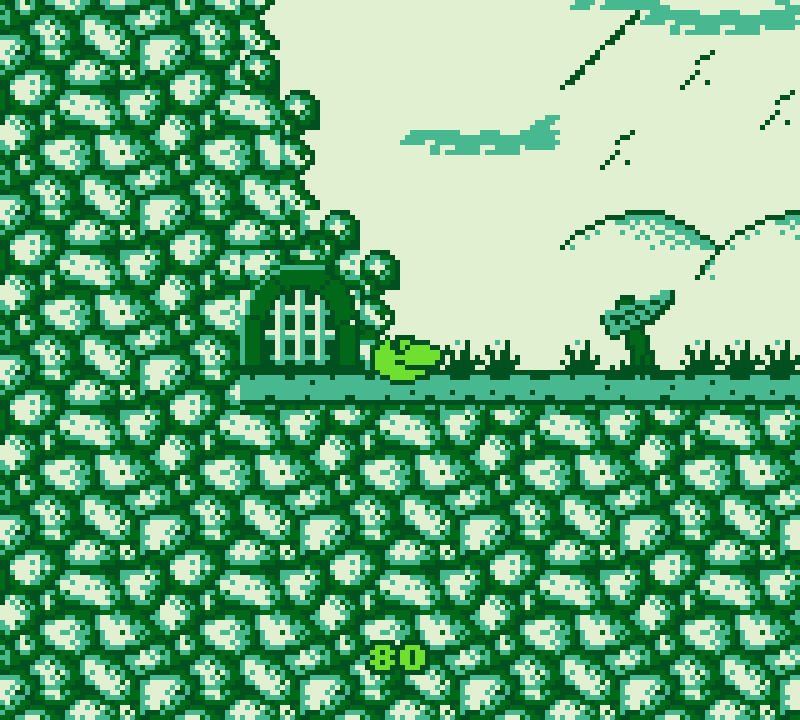 But it is, very much so! And if you’ve ever played the original, that fact becomes clear almost instantly. Sure, it isn’t an isometric 3D game anymore, opting instead for a more traditional 2D side scrolling look (probably a good idea considering the original Game Boy’s screen) but the core of the game remains the same.

In both Snake Rattle n Roll and Sneaky Snakes, you play as a snake who needs to eat in order to make your tail long enough to set off an alarm at the top of a scale which unlocks the door to the next level. In the original, the snakes were named Rattle and Roll, which was pretty darn clever if you ask me. The soundtrack was modeled after 50s Rocks and Roll music, and everything had that sort of high energy vibe to it. For the sequel, they renamed the snakes Genghis and Atilla because I guess those names would be much easier for kids to remember than Rattle and Roll…

But more likely it was one of those decisions made in a board room somewhere to make the game seem edgier for American audiences. I mean, look at how ferocious they look on the cover. 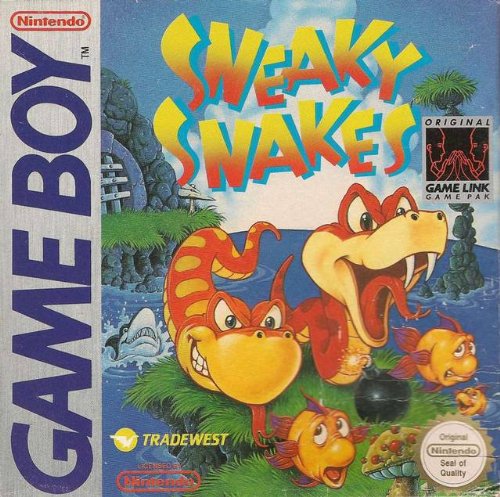 Dumb marketing decisions aside, your snake’s primary mission is to eat Nibbley Pibbleys, ball creatures that take a number of creative forms in each stage. Once you’ve eaten enough, you will weigh enough to set off the alarm on the top of the scale, and the door will open.

The different forms of Pibbles were definitely a high point in the original game, as they all got super creative. There were Pibble Joggers that sprouted legs and ran around the stage, Pibble Splats that would bounce super high and hit the ground and splat into little puddles, Pibble Boings that bounce on springs here and there, and a whole lot more.

For the sequel, they took advantage of the 2D perspective and did a few takes that wouldn’t really work in the other format, like Pibble Balloons that float in the air until they pop. And just like in the original, when you eat a Pibble, your snake chews it up and spits out the spare parts, like the spring, the wings, the fins, or what have you.

What I’m getting at is the game was simply brimming with personality, and its sequel follows that trend. Enemy toilet seats still flap about, and if you spend too much time in the water a fish will come out and chomp you. It does lose a bit in the personality department thanks to the Game Boy’s monochrome screen, but all in all the good stuff remains intact. 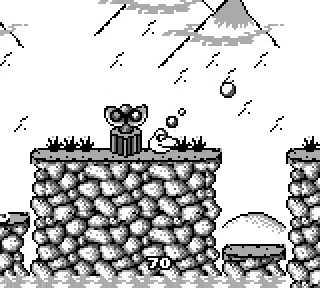 One mystery is the music. Regardless of the game's new edgy promotional material, the music is still 100% done in the same style as the original, with even a callback to the last game’s main theme whenever you beat a level, but since the game doesn’t feature any credits, I can’t confirm David Wise actually worked on it again. I want to say he didn’t because there’s something just a little off about the music. It’s not up to his usual standards, if you catch my drift. It’s still good, but it isn’t great like the original, which has a soundtrack so well loved it got an actual vinyl release last year.

The transition to 2D came with its own set of problems in the gameplay department. This isn’t nearly as bad as Wizards & Warriors X in terms of quality, but there are some pretty nasty control issues in the game. Your snakes carry a lot more inertia than they did in the original, which means it’s a lot harder to stop and land on a dime than it was in Rattle n Roll. They also made the cardinal sin of any Game Boy developer and didn't really take the platform’s screen size into account, meaning that there are lots of blind jumps where you can’t see where you need to land until you’re already airborne. 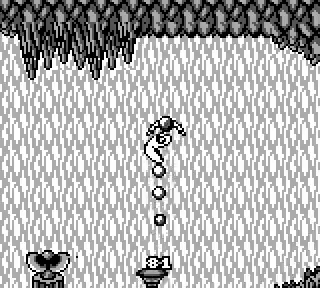 These pop up as early as the second level, so it’s an issue throughout, or at least I assume it is because this game is bananas difficult. Not that Snake Rattle n Roll is a cakewalk, but this game gets pretty infuriating pretty quick. Still, I can imagine that if I got this one when I was a kid I would have stuck with it till the end. It’s a pretty charming experience overall.

So how did this game influence the franchise going forward? Well, unfortunately there was no franchise to advance. We never got a third entry in the series, and that's a huge bummer because this is a great idea. The characters are likeable, the enemies are super clever (Like the giant foot that stomps around called “Bigfoot”), and the soundtracks are just great.

We got a modern revival of Battletoads last year, so I guess anything is possible, but I suspect like most of Rare’s best work from back in the old days, this game is just lost in the annals of time. Snake Rattle n Roll was on Rare Replay on Xbox One, but Sneaky Snakes wasn’t, and really, there’s very little actually known about this game’s development as far as I can tell.

Join us next time when we take a look at a Game Boy sequel to what was once ranked among Nintendo’s most important brands. Things didn’t exactly pan out that way, but if you ask me, they should have.