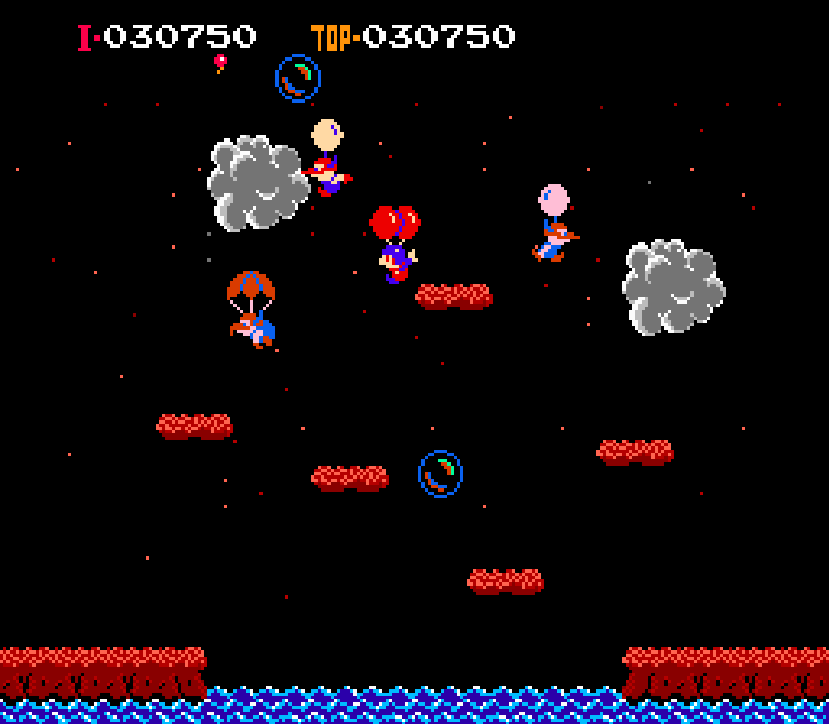 Balloon Fight has earned itself a place in the annals of Nintendo history, and it’s still a pretty fun game to play today. So why then did it never see a sequel? Surely it was popular enough to warrant one, and it’s been referenced over the years countless times in games like Smash Bros. and Nintendo Land. Heck, there was even an entire game starring Tingle based on the property!

Well, it DID get a sequel! (I mean, of course it did. This article exists) And that sequel was once again an impressive evolution of a classic formula created just for the original Game Boy. That game was Balloon Kid.

Balloon Kid takes the basic premise of Balloon Fight’s Balloon Trip mode and effectively makes a platformer out of it. You play as Alice, a little girl whose brother decided to grab a hold of an absurd number of balloons and promptly float away. Not wanting your brother to come to an untimely balloon-related end, you grab your trusty bag of balloons and give chase, embarking on a magical adventure the likes of which could only have come from Nintendo in the early 90s. 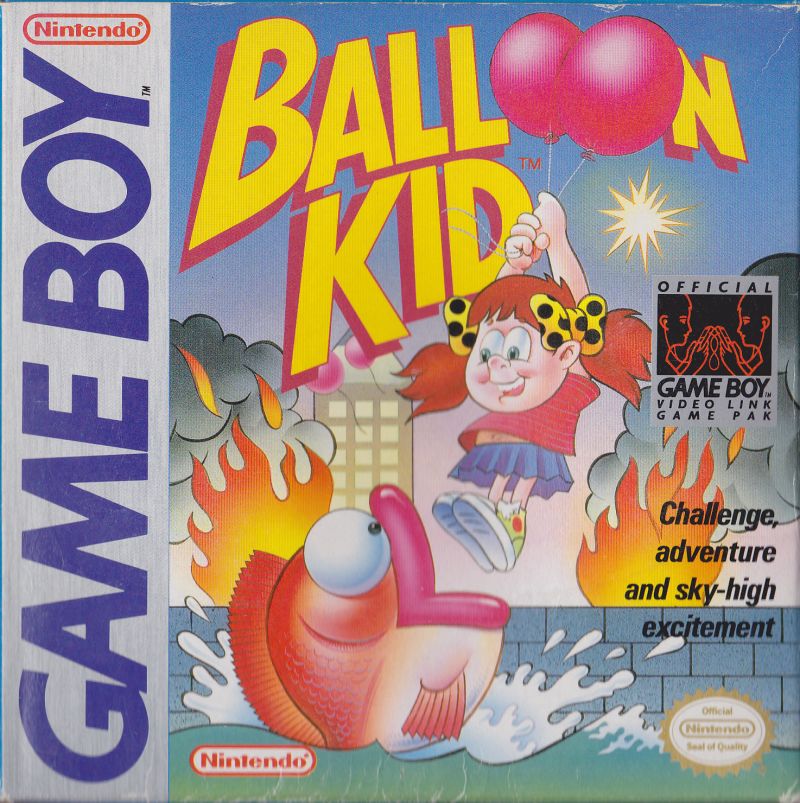 You control Alice similar to the way Mario swims. You tap the buttons, and she flaps her arms and floats around the screen. You don’t have much in the way of offense capabilities, so the name of the game is avoiding everything that moves. If you take a direct hit from things like lightning bolts or fire, you’re toast, but if one of the regular stage hazards happens to hit you, you only lose one of your balloons.

This makes things a little more difficult to steer, which can certainly make things harder in later levels. But not all is lost! If you can manage to land on solid ground, Alice can whip out her trusty pump and re-inflate her balloons as often as she likes. The downside is, the stages are auto scrolling, so maintaining your footing long enough to re-inflate your balloons can be a challenge.

While your character couldn’t do that in Balloon Fight, your enemies could. (You know, those strange bird looking dudes you fought in the original game?) It’s cool to have that ability granted to the player, but that’s not all! At any time, you can actually release your balloons and control Alice directly like a regular platformer character. She’s got some pretty wacky physics, but if there’s an area that is too small to fit both you and your balloons, this technique can be very helpful.

Why these boss characters are in your way is quite the mystery. It’s unknown what they have to gain from keeping you from saving your brother, but this is an old Game Boy game. It doesn’t have to make sense. 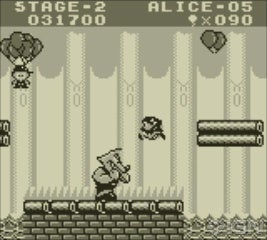 And just to hammer home the Balloon Fight connection, there are bonus stages hidden throughout the game (accessed by walking into a giant Game Boy) and they play out just like the bonus games in Balloon Fight. They even feature the classic music! And yes, Balloon Trip mode is also available right from the start. 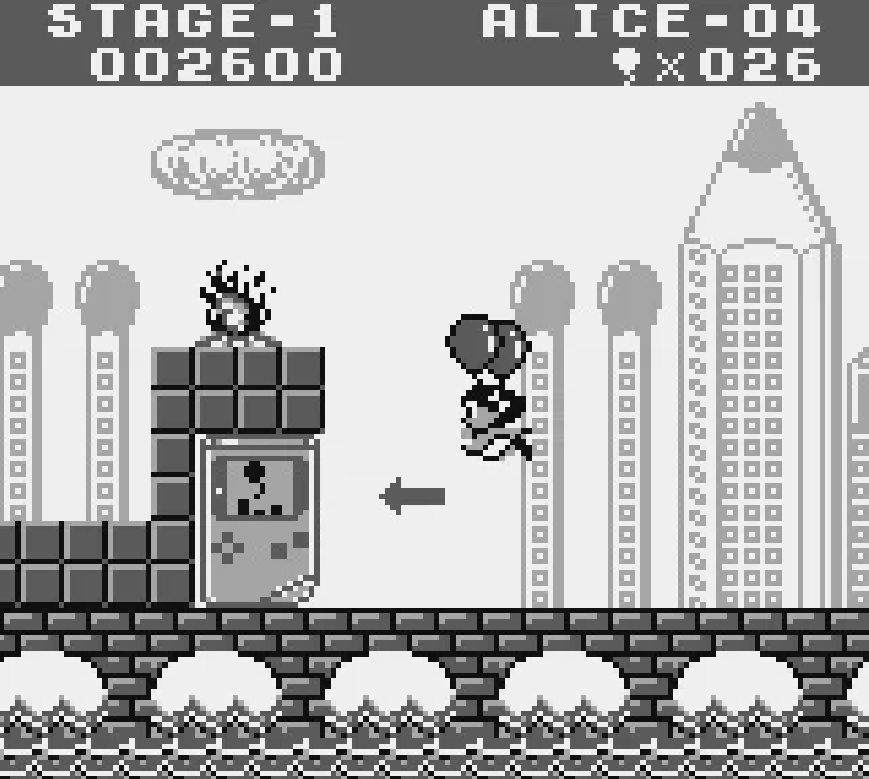 The Heart of a Champion

One thing that is undeniable is that this game exhibits the heart and soul of the very best that the Game Boy, and Nintendo in general, used to offer. It’s not a flawless game, but it’s a game that’s so full of heart and personality, it’s impossible to not at least enjoy it on its most basic levels.

The first stage of the game takes place in a city called Pencilvania, which looks like a regular city except the buildings are all giant pencils, erasers, and matchsticks (for some reason). You travel into the belly of a whale, fight an angry snowman, and oh the music.

Like Balloon Fight, Balloon Kid’s soundtrack was composed by Hirokazu Tanaka, and it’s without a doubt some of the most beautiful and joyful music to ever come out of a Game Boy. Seriously, this game’s music is really something special.

Unfortunately, this game was basically the end of the franchise. I say basically because in a strange twist of fate, the game was reskinned for Famicom as a Hello Kitty game. The music was even redone with the same instrument set as Dr. Mario. It’s pretty cool. 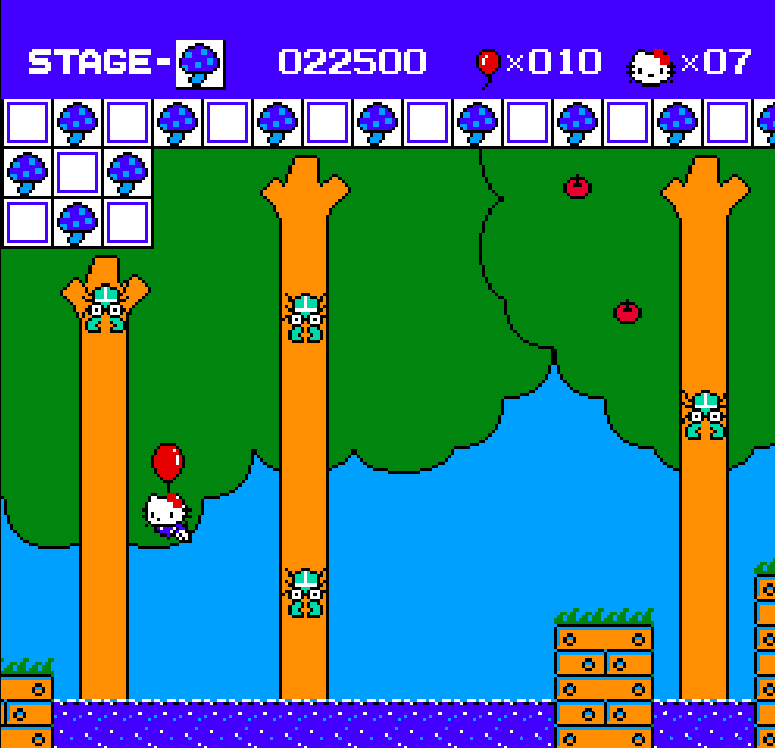 It also saw a full color remake for the Game Boy Color in Japan, but again, that never made it to the US.

Me? I like to hold out hope that this gem will be appreciated the way it deserves to be someday. It’s not a masterpiece, but it’s incredibly memorable, and this kind of gameplay has life in it. If someone decided to send Alice on a fresh new adventure someday, I know I’d play the heck out of it.

Join us next time when we check in on a Rare property that may not have lit the world on fire, but did well enough to get a Game Boy sequel. And a weird one at that!