The Nintendo 64 Memory Pak is one of those accessories a lot of players forget about until it’s too late. A lot of times it seems unimportant, until it isn’t. Then, it’s everything, and finding one that works can be a problem. Fortunately for us all, there’s a new Nintendo 64 Memory Pak in town, and it plans to put all other memory cards out of a job. 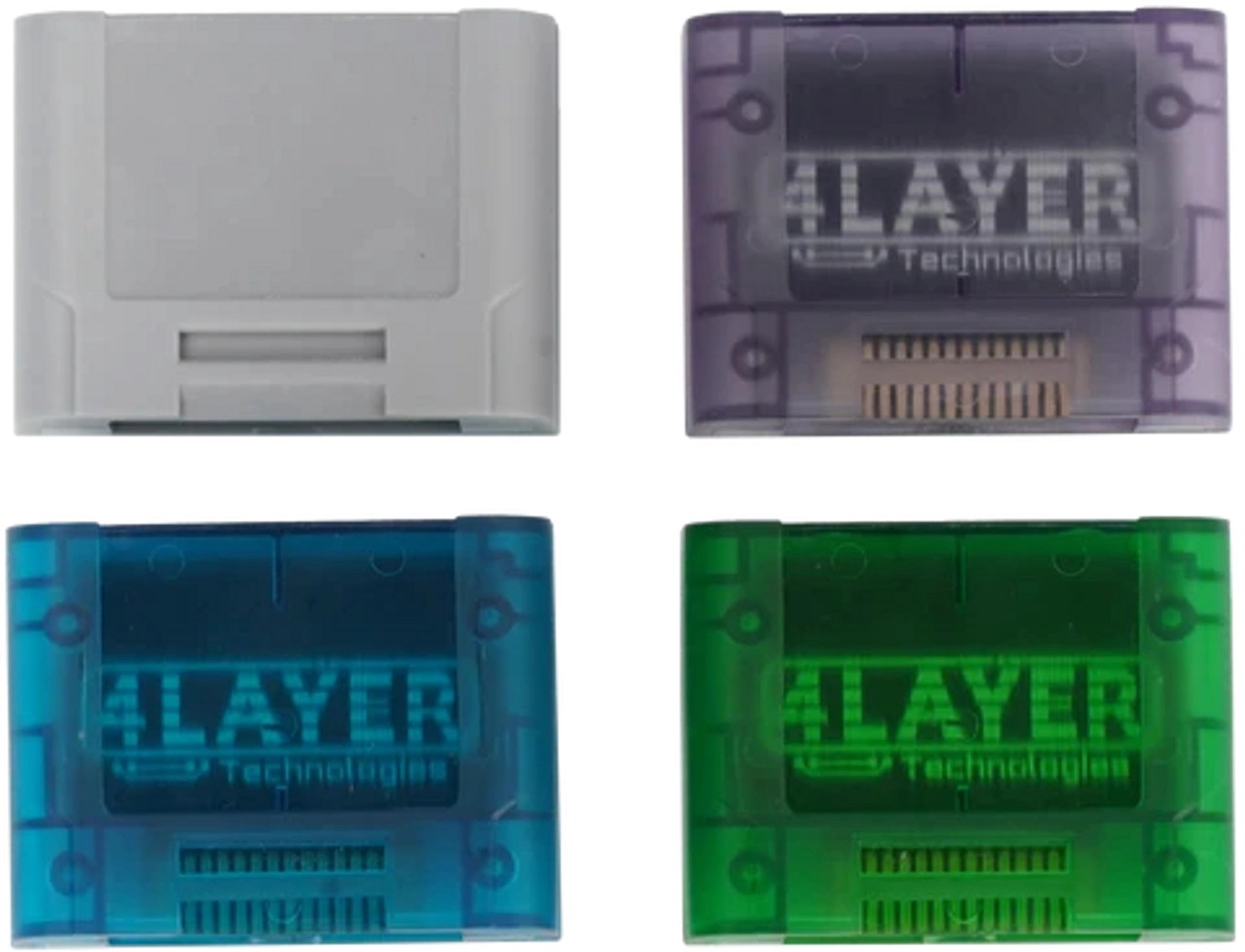 The Forever Pak 64 from 4 Layer Technologies is a new kind of N64 memory card that uses different technology entirely to make a better saving solution for N64 fans. The big difference is the actual memory storage itself. Older memory paks used battery-backed SRAM chips to store their data. Those chips require power to function, and that power comes from the tiny battery inside the memory pak. Just like your old Zelda NES cart or your copy of Pokemon Blue for Game Boy, those internal batteries don’t last forever, and once they’re dead, all your precious save data dies along with them.

The Forever Pak 64 avoids this problem entirely by using “modern, advanced, nonvolatile memory” in the form of FRAM instead of SRAM. What does that mean exactly? Basically these memory paks will last for decades without ever having to change a battery. These units were designed with special care to longevity and quality, which means aside from the FRAM solution, it’s also got custom circuit boards inside with gold plated contacts and beveled edges to help make things easier on your controllers.

As for the physical pak itself, a lot of care has been put into that as well. The plastic is injection molded, and aims to feel like the genuine article in terms of overall stability. The design is based on the official Nintendo-branded Memory Paks as well, which means that unlike most other 3rd party memory paks, these will be small and fit perfectly inside of your controller instead of uncomfortably jutting out. And if you really want to recreate that OEM Memory Pak experience with brand new high-quality innards, the Forever Pak 64’s components are all built to be the same size as the official Nintendo branded ones, so you could open the shell up and place the Forever Pak 64 inside your original N64 Memory Pak shell. How cool is that?

Of course, the folks at 4 Layer Technologies know style is important when it comes to Nintendo 64, and they’ve taken that into account. Where Nintendo only originally offered a gray Memory Pak to match their original gray controller, the Forever Pak 64 comes in several stylish colors. These have been designed to perfectly match many of the more popular official N64 controller colors, including Atomic Purple, Jungle Green, and more! 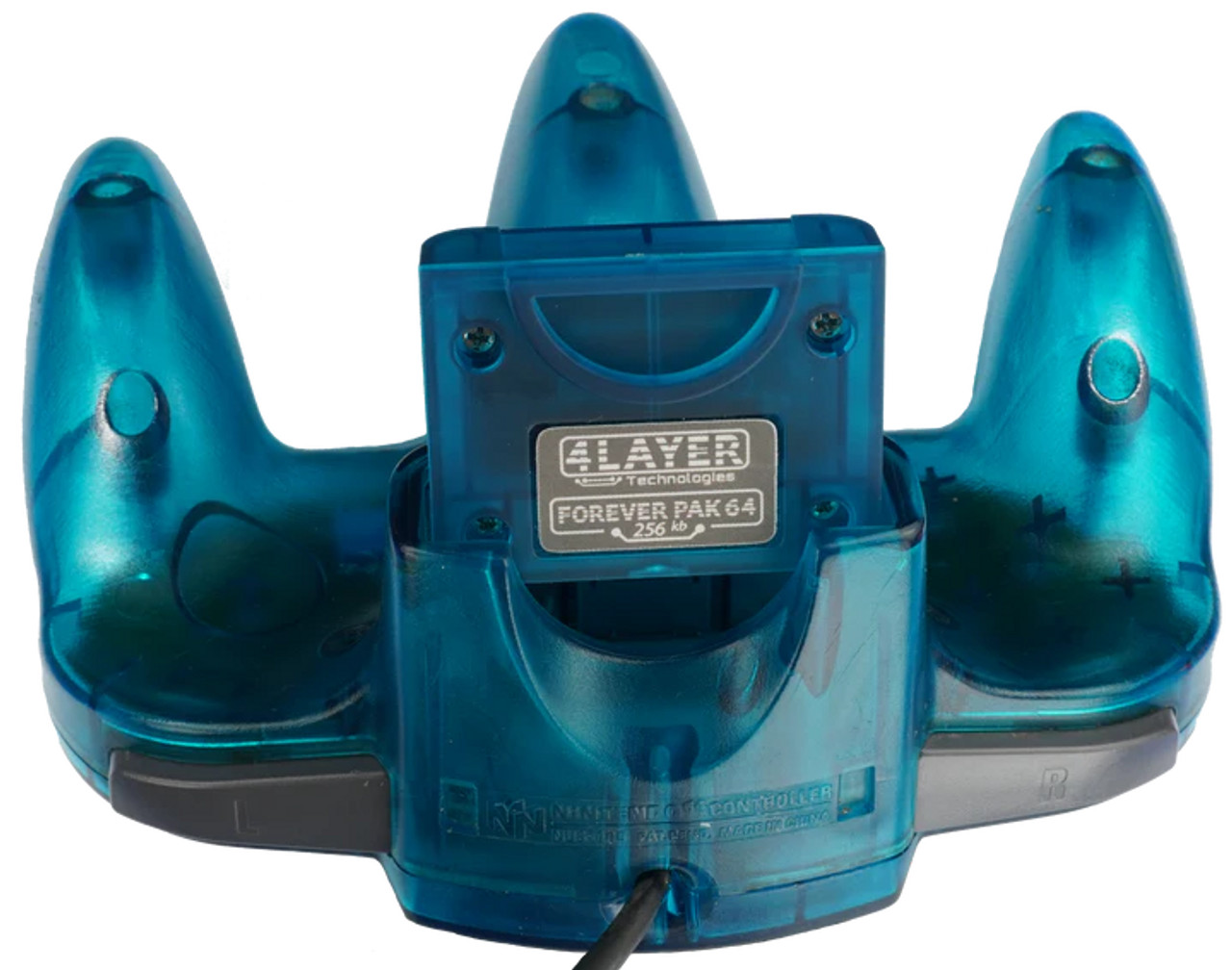 Speaking of style, each Forever Pak 64 comes with 2 sticker labels that can be attached at your discretion. If you want to label which game saves are on your card, you have that option. If you want to leave it blank so its color shines through for all time, you can do that too.

As far as compatibility goes, it will work with every officially licensed Nintendo 64 game that supports Memory Pak saves. What’s more, it even works with the Dex Drive. So if you happen to have one of those, it should play nicely with the Forever Pak 64.

So if you’re in the market for a new Nintendo 64 Memory Pak, this very well may be your last time thanks to the Forever Pak 64. They’re long-lasting, sturdy, stylish, and so much more. They’re available at Stone Age Gamer, and they’re ready to keep your game saves safe forever.