Have you ever stopped and thought to yourself “You know, Typing of the Dead is absolutely brilliant.”

I can’t tell you how many times I’ve thought that to myself at seemingly random intervals, and it’s as true today as it was when it was released

When the game launched in North America in January 2001, the writing was already on the wall for the Dreamcast. The PlayStation 2 had taken just about all the wind out of its sails from day one, and the GameCube and Xbox were about to come and finish the job. Sega fired back the best way they knew how, by being Sega. This unfortunately wasn’t a fantastic strategy, but it did result in a fat stack of incredibly cool and creative titles that were distinctly Sega. Sadly, the likes of Jet Grind Radio and Space Channel 5, while super interesting, weren’t enough to carry a platform anymore.

Back to the point, Typing of the Dead is one of the most delightfully absurd games I’ve ever seen, and it goes so much farther with its ridiculous concept than it needs to. But what is it, exactly? If you aren’t already familiar with the game, the title may seem like a lot to wrap your head around. 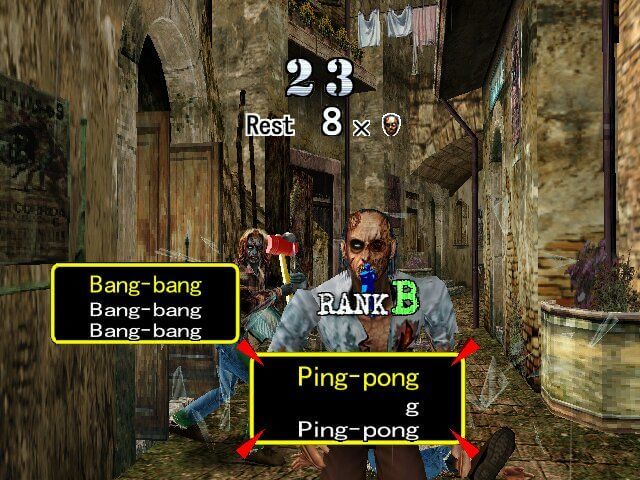 Typing of the Dead is House of the Dead 2, except instead of a light gun, you use a Dreamcast keyboard. Yes, a full size keyboard that plugged into the Dreamcast was indeed a thing. How do you kill zombies with a keyboard? By typing, of course!

Each enemy has a word over their heads, and every successful key stroke registers as a gunshot, with the completion of the word resulting in killing whatever undead creature is trying to kill you at the time.

Creatures like crows, leeches, and bats appear in numbers with single letters assigned to them, while larger enemies coma at you with larger, more complicated words.

If that was the whole game, that would have been fine. I would have bought it and had a blast (pun very much intended). That alone is good comedy, and just bizarre enough to actually be fun. But the game’s brilliance runs much deeper than that.

For starters, they actually went in and changed a lot of the game’s visuals, including the characters’ “weapons.” Where in the original game you get to see your characters wielding guns and blasting zombies in the cutscenes, in Typing of the Dead they’ve been redesigned with the game’s absurd premise in mind. 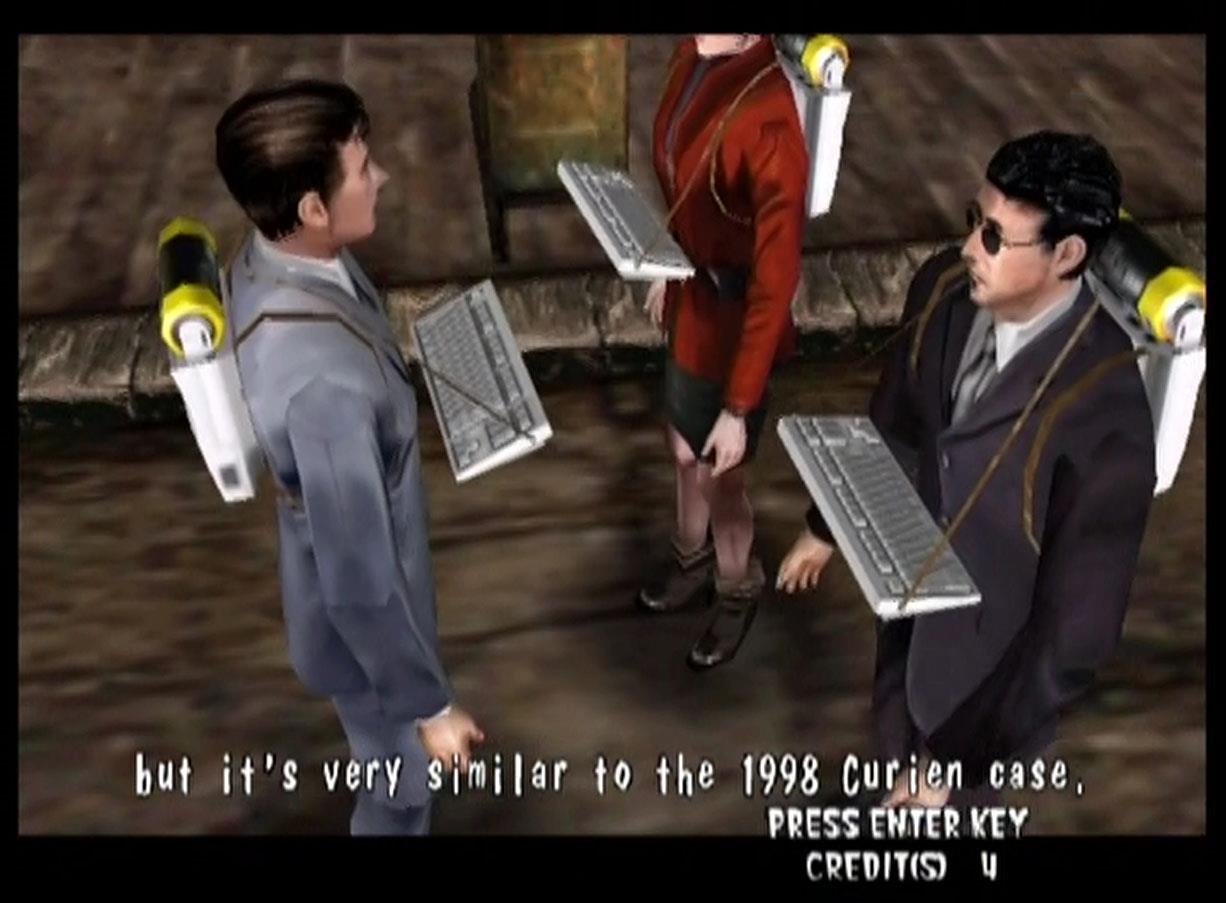 Now, everyone has a Dreamcast strapped to their backs, and keyboards propped up in front of them. As they make keystrokes, the monsters take damage just like they did in the original version, getting knocked back as if they were being pelted with bullets. For this silly trick to work during gameplay is one thing, but it looks hilariously ridiculous during the cutscenes. They seriously didn’t bother even trying to apply any sort of logic to the setups, and I love them so much for that.

But that’s not all! Many times in the original, enemies will come at you with weapons like machetes and axes. In Typing of the Dead, a noticeable amount of those deadly instruments have been replaced with silly cartoon hammers and toilet plungers. This is especially hilarious as the game gets harder, which depending on your skills as a typist can make things remarkably intense. There’s nothing quite like the feeling of typing as furiously as you can while a toilet plunger twirls at your face threatening your very life.

Then there’s the actual words themselves. A lot of the time it may seem like just a bunch of random words you have to type, but more often than not, they’re all related in some way. Synonyms for “run” will be grouped together, for example. Single letter enemies will gang up on you to spell out a word, stuff like that.

But what's most impressive to me has always been the bosses. Each one functions as a different sort of mini game. For example, the third boss is a three headed dragon thingy. The game will ask you multiple choice questions, with each answer assigned to a different head. So if the game asks you “what is a normal sandwich?” and you go for the head with the word “gravel” over it, you get bit. If you go for the head with the word “pastrami” on it, the dragon gets hit.

In another level, there's a chainsaw wielding maniac, and in order to stop him you have to type out entire paragraphs of some kind of bizarre story before he gets to you. It’s not only genius because it makes you want to be a better typist, but again, it makes the game surprisingly intense! 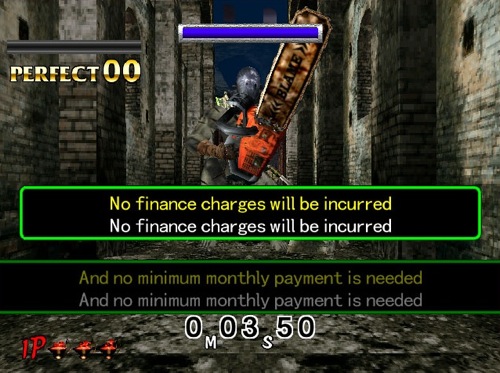 This was never going to be a system seller. Games like Typing of the Dead, Seaman, Cannon Spike, or Samba de Amigo, these are all niche titles. They help make the Dreamcast a magical little platform where you get to see Sega at their best, but it’s also easy to see why the system ultimately failed in the shadow of the PS2, Xbox, and GameCube.

Dreamcast keyboards aren’t too hard to find secondhand these days, so getting this particular gem up and running isn’t much of a task. It’s well worth it, too, especially if you’re a fan of Sega being weird. It’s hilarious, intense, and a heck of a way to increase your words per minute.