“A JRPG by any other name would sell as sweet”

Back in the old days, RPGs in America had a bit of a hard time. They caught on big in Japan, but they struggled to gain the same level of popularity here in the states. As such, there were a lot of games we never saw, and when we did, they didn’t appear to be a part of the same series. Some of these issues have been “corrected” with subsequent re-releases taking the time to update the existing game texts. Other times, things still seem weird no matter how you look at it.

So let’s take a fun little trip through some RPG franchises and see how their bizarre localization issues have been handled in the US. Have They been “fixed” or are they as confusing as ever? 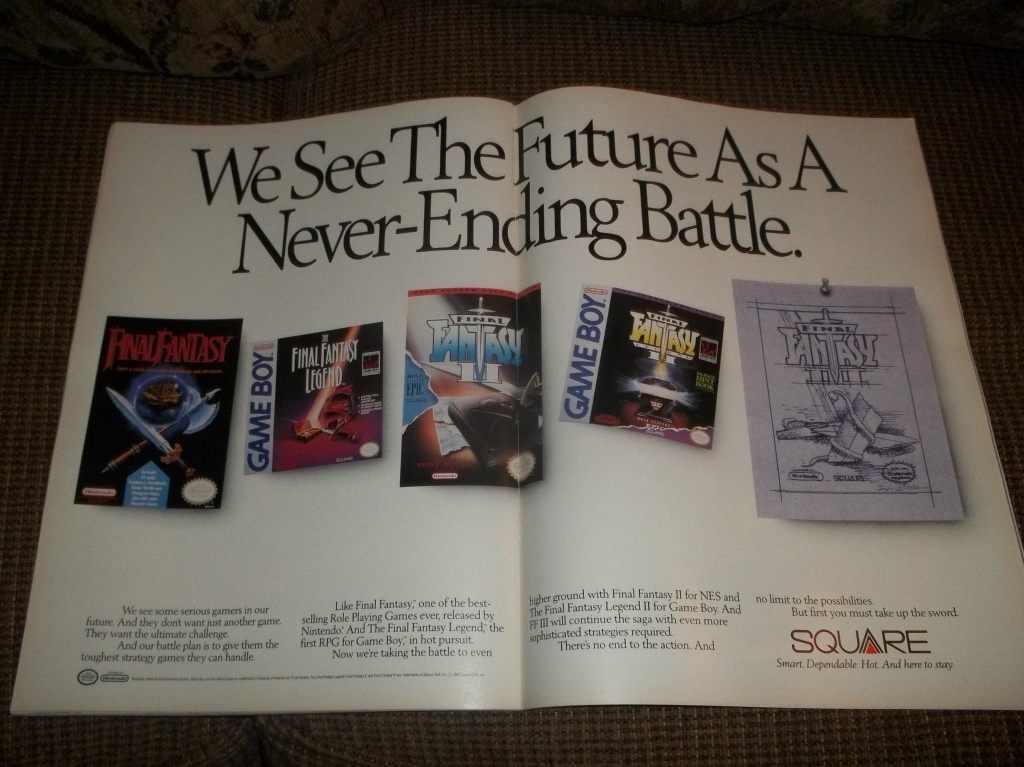 Then the PlayStation came along, bringing with it the monumentally groundbreaking Final Fantasy VII, and the powers that be at Square decided to say to heck with it, and just released it as Final Fantasy VII worldwide.

This came off as pretty confusing to a lot of folks in the US, but since FFVII was so darn popular, nobody cared after a short time.

Back to the original games, when it came time to re-release them in the states, Square went back and “fixed” the numbering. Over time, we got fresh ports of every manline Final Fantasy game with their correct numbering attached. The only times you’d see Final Fantasy IV and VI referred to as II and III were in virtual console releases, which are intended to play exactly as they did in their original forms. 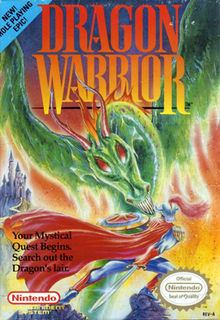 Quest of the Dragon Warrior

Arguably the biggest RPG brand in the world (besides Final Fantasy) is Enix’s DragonQuest franchise. This was the series that set the bar for turn based RPGs, and it was accompanied by the relentlessly charming artwork of Akira Toriyama of Dragon Ball fame. Well, Dragon Ball wasn’t a known brand in the US and we all know how much Americans love violence, so the series was rebranded as Dragon Warrior when it was localized for NES.

They also got rid of Toriyama’s artwork on the box and went with something far more “realistic” for the first 4 adventures on the NES.

Fortunately, Enix never really messed around with the numbering here, but several entries were skipped in the US. After IV released on NES, the franchise went dormant in the States for both V and VI. VII was released on PlayStation, but instead of following Square’s previous example, Enix just went ahead and kept the numbering the same and released it as Dragon Warrior VII.

Once Dragon Quest VIII landed on PlayStation 2, they decided it was finally time to merge the brands and the series is now known as Dragon Quest worldwide.

So, while it’s ultimately not as confusing as Final Fantasy, it’s still a bit of a mess. 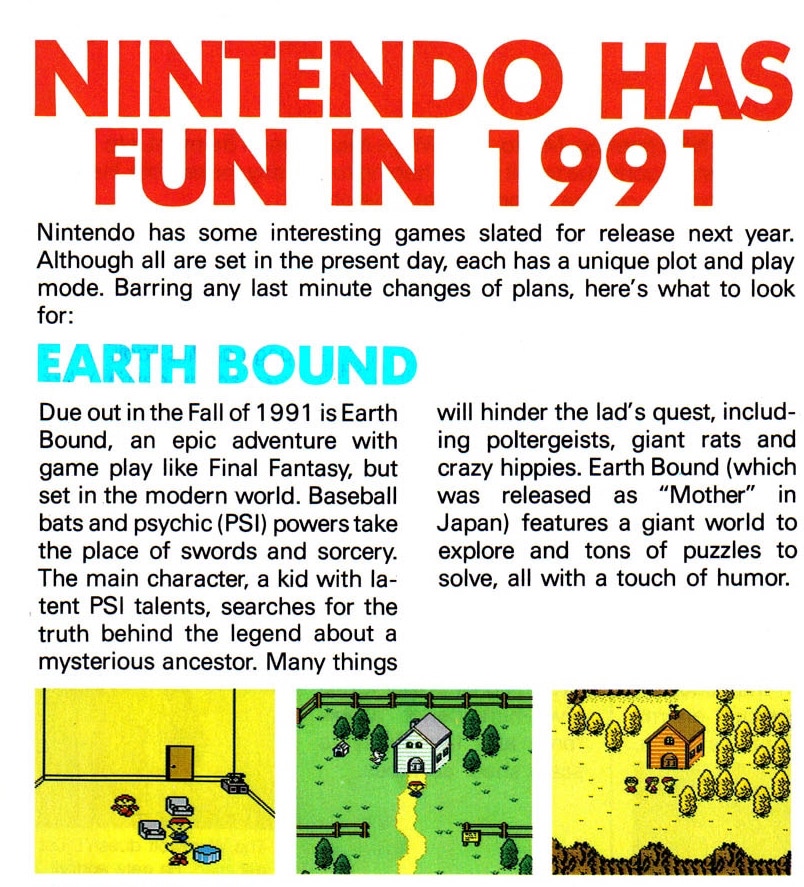 A Mother of an RPG

Let’s take a break from Square and Enix to visit our friends Nintendo and their beloved RPG series EarthBound. Avid Nintendo Power readers probably remember when EarthBound was supposed to come out originally, not as an SNES game, but as an NES one. EarthBound was the new name given to what was known as Mother in Japan, which was a pretty wise move considering that EarthBound is a way better name in english than Mother is.

But like Final Fantasy II on NES, EarthBound was also ultimately cancelled due to the release of the Super NES. However, when Mother 2 was released in the US, Nintendo decided to go ahead and call it EarthBound.

It’s easy to assume this wasn’t a big deal back then because who could have foreseen Nintendo actually releasing the original Mother in the US at that point? So when Mother 3 started development on the Nintendo 64, it was referred to as EarthBound 64. That game’s development went through some pretty radical changes, ultimately releasing on Game Boy Advance as Mother 3 only in Japan. It probably wouldn’t have been much of a deal to release it in the US as EartBound 2, or even EarthBound Advance, but sadly, that never happened.

So what about the original EarthBound? Thankfully, Nintendo saw fit to finally release the game in the US on the Wii U Virtual Console. Fans had translated the game as EarthBound Zero for years, which is a name that makes sense, but I imagine in a bid to not run into any issues with the fan mod community, they named it EarthBound Beginnings. Of course, no in-game elements including the title screen have been updated with this title, so it was only really a half measure.

The question now is, if Mother 3 winds up getting localized, will they call it EarthBound 2? The world may never know. 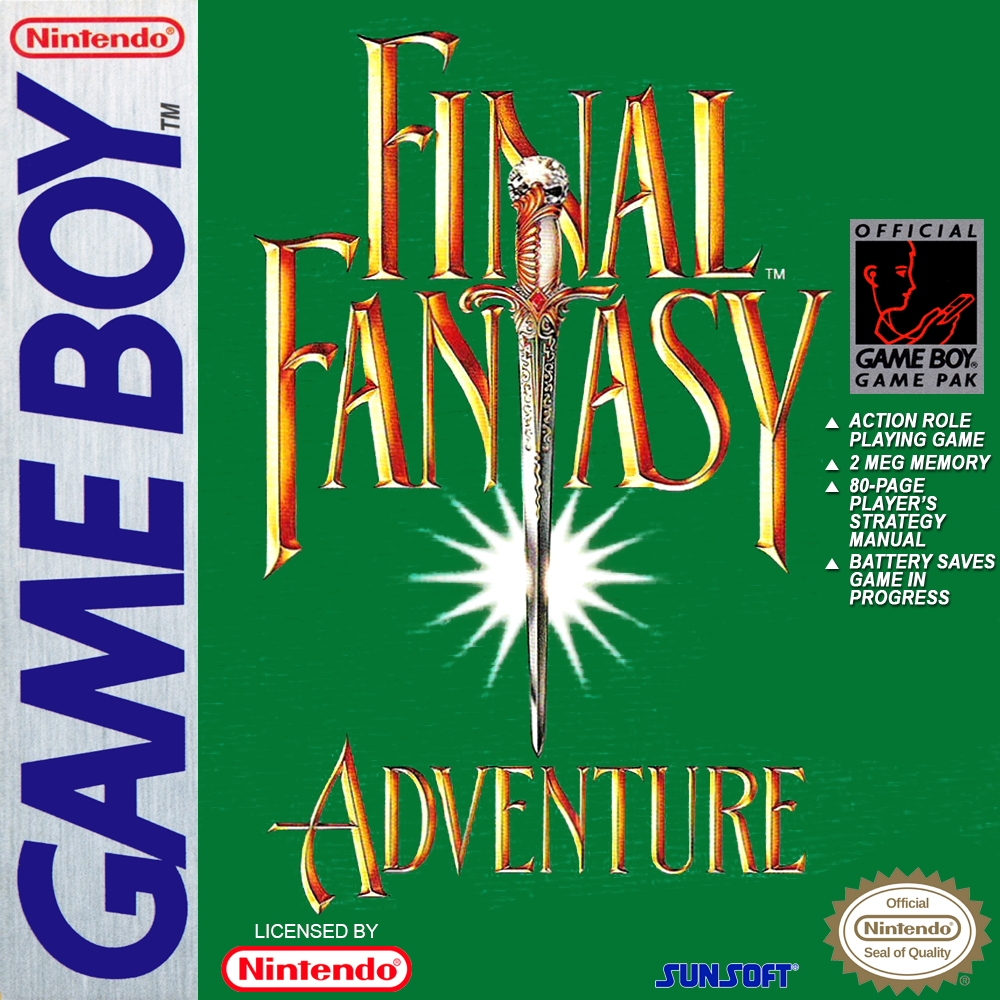 The Final Fantasy Adventures of Mana

Back in the early days of the Game Boy, SquareSoft created an action RPG called Seiken Densetsu that they wanted to localize for US audiences. They couldn’t exactly release the game as Seiken Densetsu since those aren’t words in English, but it did have a subtitle: Final Fantasy Gaiden. So with Final Fantasy being an established brand, they released it as The Final Fantasy Adventure. From a gameplay perspective, it didn't really have much to do with Final Fantasy, but then again, that franchise wasn’t quite fully formed at that time, so out the door it went.

A few years later, SquareSoft released a game called Secret of Mana for the Super NES. It was critically acclaimed, and became an instant classic on the platform. Naturally, a follow up was put in the works, which appeared in various magazines as Secret of Mana 2. There was a problem with that though. Secret of Mana was already itself a sequel. Secret of Mana in Japan was known as Seiken Densetsu 2.

Seiken Densetsu 3 was eventually released, but not here in the US. At least, not for a very very long time. Just last year, as a matter of fact, Collection of Mana was released for Nintendo Switch with a fully translated version of Secret of Mana 2, now dubbed Trials of Mana. The collection also included Secret of Mana, and the first Seiken Densetsu game, though it was still called The Final Fantasy Adventure.

Meanwhile, Trials also recently got itself a fancy 3D remake, which was actually the third game in the Mana series to do so. Secret of Mana was remade for PS4 (to mixed reviews) and the original Game Boy Seiken Densetsu was remade a few years prior on PlayStation Vita and mobile devices. It wasn’t called The Final Fantasy Adventure though, it was called Adventures of Mana.

Why they went with changing Secret of Mana 2 to Trials of Mana, but kept The Final Fantasy Adventure name instead of retrofitting the Game Boy game’s title screen to read Adventures of Mana or Sword of Mana I’ll never know, but it’s nice to know that the game does have an official title that matches the rest of the franchise, and one that pays homage to its original American name at that. 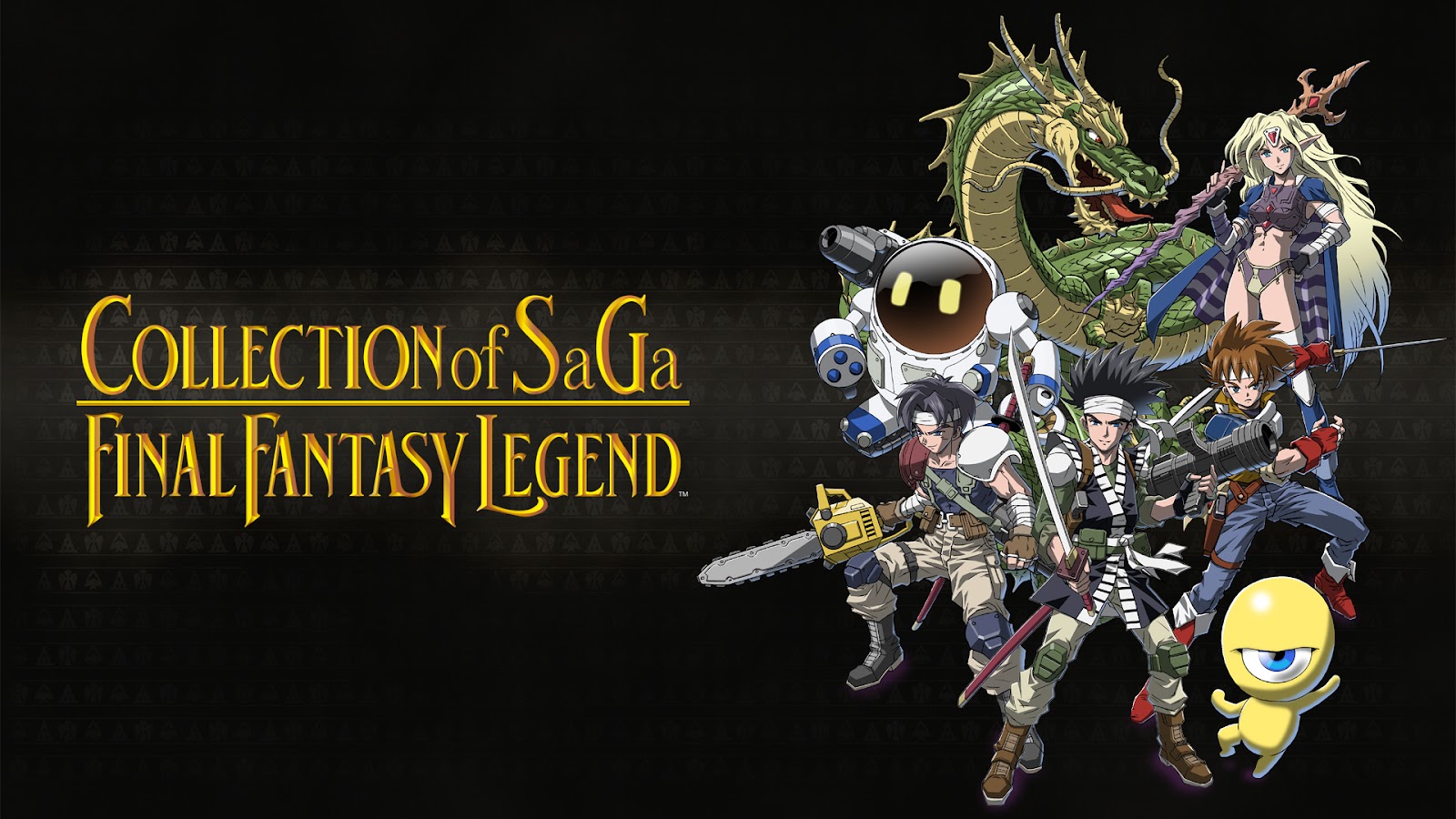 The Saga of SaGa

Last, we have the SaGa franchise. This one has never really had much of a foothold here in the US, but it’s not without its fans. The series probably hit the height of its popularity here during the PlayStation era with SaGa Frontier and SaGa Frontier 2. The franchise had much more humble beginnings though. Much like the Mana series, SaGa started out on the Game Boy.

Makai Toushi SaGa was the name of the first game in the SaGa series, and if you’ve never heard of it, there’s a good reason for that. It and its 2 subsequent sequels were released as the Final Fantasy Legend series in the US.

Either way, these are some pretty well loved RPGs, and having them re-released is great, as does having them officially tied to the SaGa series in the US, albeit in a somewhat bizarre way.

This kind of stuff happens outside of RPGs too. Look at Soul Calibur, for example. It’s less common now thanks to the nature of worldwide releases and just how huge the American gaming industry has become, but these strange little tales lend so much character to the history of the medium. They may be confusing, but I wouldn’t trade them for all the “correct” titles in the world.