The DS Days are Over

The Nintendo 3DS was a heck of a system. In fact, the entire Nintendo DS line was pretty incredible top to bottom. Sure, the naming scheme was totally bananas. Let's see, there was the DS, DS Lite, DSi, DSiXL, 3DS, 3DSXL, New 3DS, New 3DSXL, 2DS, New 2DSXL, and I’m sure I’m missing a few. Determining which one was which wasn’t exactly the easiest thing in the world for your average parent who doesn’t really know video games, but the one thing that isn’t in dispute is the overwhelming number of quality games in the library.

Dating back to the original Nintendo DS, just about every major gaming franchise had some sort of super cool exclusive version on some flavor of DS handheld, and thanks to the unique dual screen setup, those games remained exclusive for the most part. Even when ports existed, they were never quite the same as they were on their original hardware.

Now, here at Stone Age Gamer, we’re obviously very big fans of finding exciting new ways to play your old games. Flash Carts are a huge part of our business, and console mods and cables that allow you to play these things on modern technology are incredibly popular as well. The DS line though, poses some challenges that as the systems continue to get older, will likely start posing serious preservation issues. 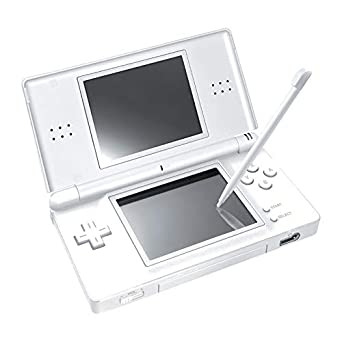 Say you want to play one of your favorite Game Boy games on your modern television. Chances are, that’s not going to be much of a problem. Between various Super Game Boy solutions, emulators, consolizers, and even modern collections on consoles, it’s not much of an issue. This is because at their core, games for Game Boy, Game Gear, Atari Lynx, etc., aren’t intrinsically different from regular console games. There’s a single display and a set of buttons to control what happens on said display. It’s only when you start to take into account the unique functions of those handhelds where problems start to arise.

Tennis on Game Boy is a great time, but it’s an even better time with a link cable and another Game Boy. With that technology being as archaic as it is now, if you want to play Tennis two-player, you can’t. Or how about a game like Boktai, which utilized a solar panel in the cartridge itself to play?

These issues are few and far between, but they do exist. They don’t ultimately harm playing through the vast majority of games out there, but this stuff is beginning to head in the direction of being lost in time.

Still, as people are only now beginning to figure out ways to make sure stuff like Game Boy Camera or e-Reader doesn’t disappear forever, a much larger problem looms over the horizon. DS games.

The DS and 3DS and their dual screen/touch screen setup just aren’t very easy to emulate. I don’t mean get them running in an emulator, I mean physically emulating the experience of playing them on their original hardware. Even games like HAMSTER’s Arcade Archives port of Punch-Out!! shows how bizarre things can get when you try to put a dual screen game on a single screen. It technically works, but it isn’t quite right.

Add in the touch screen factor, and now you have to figure out an entirely new input scheme required to play. 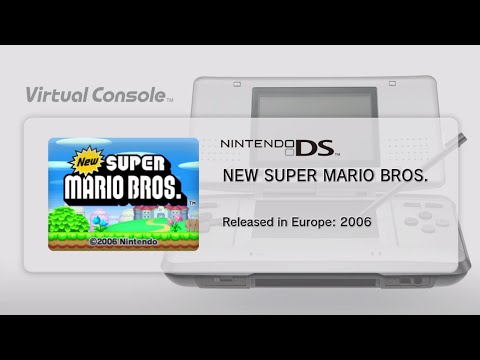 The Wii U was uniquely qualified to handle this situation, and Nintendo did in fact release a decent number of DS games on their Virtual Console service. They work pretty well, too. I’ve been playing the original New Super Mario Bros. on my TV and it’s really fun. It’s strange when you switch screens, but it doesn’t happen all that often, so it works pretty well.

A similar setup could prove to be a solution in the future. We all have phones after all, so the concept of having a phone in your hand as the bottom screen and your TV as the top screen isn’t super far fetched. In fact, I’ve often wondered why they didn’t create an app people could use to make their tablets work as a second screen in Super Mario Maker 2.

The trouble, even with this concept in place, comes in two forms. Games that require more consistent use of both screens at the same time, and games that rely heavily on the touch controls.

How U will play next?

On the Wii U, playing New Super Mario Bros. is just fine. The Castlevania games would probably be fine too. But what about something like Sonic Rush? That game requires you to switch your focus from screen to screen in an instant quite often. Having to turn your attention to a screen that’s a mere couple of centimeters below the other isn’t a big ask. Turning your focus from your TV to the controller in your hand though is a different animal. Of course you have the option of displaying both screens on your TV at the same time, but you lose a LOT of screen real estate that way, making the images small enough to nearly defeat the purpose of playing on a TV at all.

This is probably why the excellent Contra 4 wasn’t included in the Contra Anniversary Collection released on modern consoles just last year. Sure, the game could theoretically be reworked as a single screen game, like it was for its mobile phone release, but that makes it a pretty different game. Losing that much of the original’s identity isn’t very good in terms of preserving the creators’ visions. 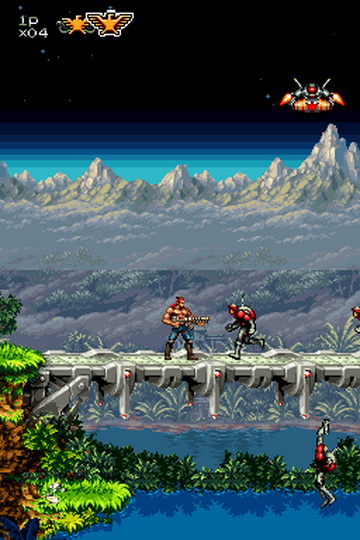 Then we come to games that rely on the touch screen. When Kirby and the Rainbow Curse released on Wii U, it seemed like a great idea. The original Kirby: Canvas Curse on DS was a stroke of genius, and an HD sequel with beautiful claymation visuals was theoretically an obvious win. The problem was, the Wii U Gamepad wasn’t in HD, and the low resolution meant that where you were doing the bulk of the gaming (on the Gamepad) wasn’t capable of showcasing the incredible detail put into the game. It also defeated the purpose of it being a console game since the TV just became background noise. Standardizing that kind of experience for play on anything other than a DS where the visuals and the input device are so close together, just doesn’t work.

Hope for the future

So, what’s the solution? I honestly don’t know. Old hardware isn’t really going away, so that’s good. People are putting fancy new screens in their old handhelds, and even stuff like the Analogue Pocket exists, albeit in frustratingly limited quantities. There’s no reason to think that similar situations won’t eventually exist for the DS line, but as time marches on, those solutions become more and more out of reach for your average gamer. Finding ways to have them playable on current consoles seems like the best possible solution, but until someone decides to release a modern version of the WiiU Gamepad, these games will likely never be playable even close to how they were originally designed.

I don't have a solution, but it seems that there are some folks out there who are coming close, which is great, but how long before it’s a relatively accessible reality, and how long before someone makes that happen with 3DS? We’ll just have to wait and see.