Video game series evolving with technology is a fascinating thing. Current gen evolutions tend to be a bit less dramatic than they were in the old days, but back in those old days generational leaps were crazy to look at. Particularly the transition from 2D to 3D gaming.

When it came to the Nintendo 64, companies had this weird habit of putting a lot of effort into making their old franchises work on the platform regardless of its cartridge limitations, but then they’d put almost no effort at all into naming them, opting to just slap 64 at the end of their titles. So just for fun, let’s stroll through some of the more high profile games that ended in 64 and see how they did. 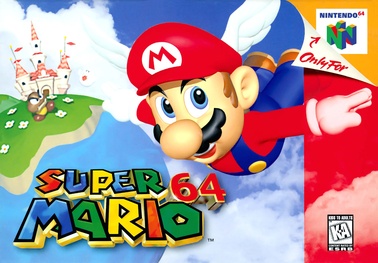 This one’s a little complex because while there’s no question that this game was successful and popular and even genre-defining especially considering when it came out, the question is, was Super Mario 64 a successful Mario game?

To that, I’d say yes and no. As an evolution of the Mario formula established by previous 2D games, Super Mario 64 doesn’t really work. Precision platforming and reaching a specific goal were completely stripped away in favor of a more open world collectathon formula. Super Mario 64 doesn’t feel like a traditional Mario game.

However, Super Mario 64 created an entirely new type of Mario game, the 3D Mario game, so while it doesn’t really honor the classics, it did create a whole new subset of Mario games so that’s certainly worth some credit. Traditional Mario platformers would eventually make the transition to 3D via Super Mario 3D Land for Nintendo 3DS, but Super Mario 64 was the first to take Nintendo’s mascot into 3D, and based solely on that, this one’s both a failure AND a resounding success. Weird. 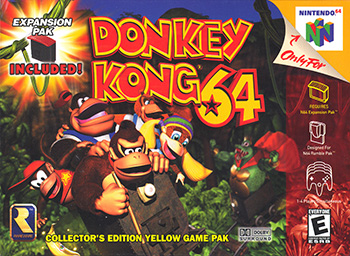 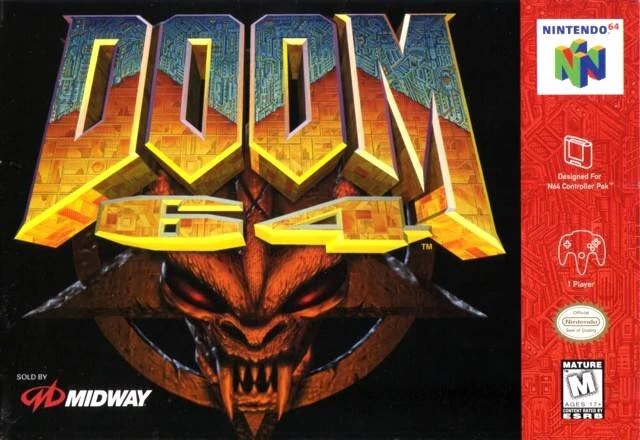 It’s Doom! It’s on the Nintendo 64! This one was pretty great. While I personally prefer the loud, almost comedic tone of the original two Doom games and the excellent 2016 reboot, Doom 64 succeeded in doing exactly what it set out to do. It took what worked about the existing Doom games and used the technology of the Nintendo 64 to make a new game that felt like a part of the series and something new at the same time. The music was far more moody and the colors more dark and muted, but Doom 64 is absolutely a Doom game. This one’s a complete success. 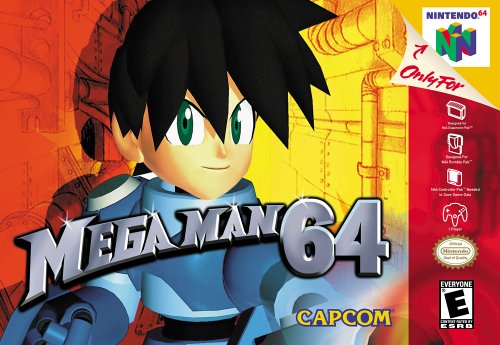 This is another one that’s hard to judge because it isn’t really its own game. Mega Man 64 is Mega Man Legends, which itself is more like Mario 64 in the fact that instead of evolving the traditional Mega Man formula that people knew and loved, it forged its own path to create a new type of Mega Man game that got a direct sequel and a beloved spinoff. The fact that the first game got ported to Nintendo 64 and none of the other ones did is strange, and its name change to Mega Man 64 is also bizarre, but hey, it is what it is. So as a cool game, Mega Man 64 is great. As a standalone evolution of the previous Mega Man games, including the other spinoff series at the time, 64 is unfortunately a failure. 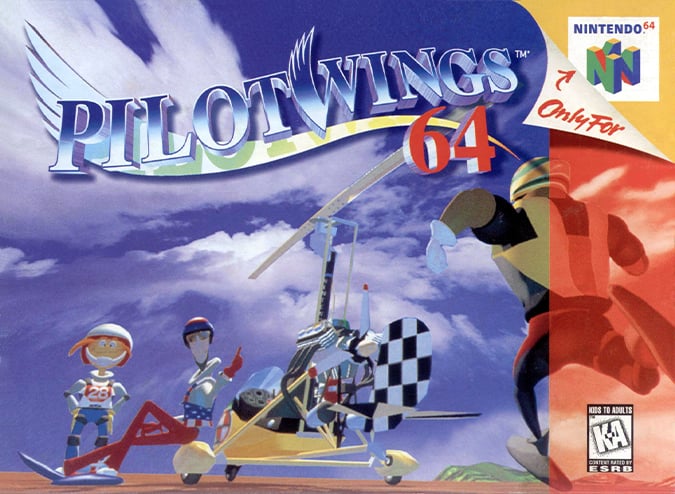 Good ol’ PilotWings 64! Now this game made its predecessor proud. The original Pilot Wings on Super NES was a 3D game on a system that could only simulate 3D graphics with trickery. PilotWings 64 is an actual 3D PilotWings game. It did take a somewhat radical turn in character design, but the feel and sound of the game absolutely fit within the parameters of what came before. It isn’t perfect, but as an evolution of PilotWings on SNES, PilotWings 64 is a great success. 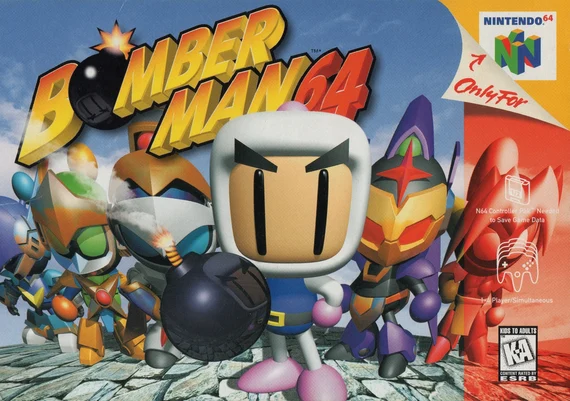 Now this is once again how it’s done. Bomberman 64 is a fantastic 64 title because it took the existing Bomberman mechanics and applied them to a 3D action adventure game. Where stuff like Super Mario 64 and Mega Man 64 intrinsically changed the source material’s mechanics to create an entirely new 3D experience, Bomberman still feels like Bomberman here, except in a whole new kind of setting. Unless you’re playing multiplayer, that is, which is just more great Bomberman multiplayer. As an evolution of Bomberman, Bomberman 64 is definitely a success. 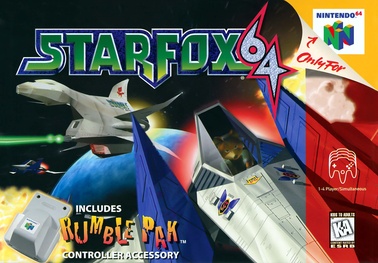 And here we have yet another complete win. Star Fox 64 does a magnificent job of taking what worked about the original game and just ups the ante in every way. Of course it doesn’t hurt that the original game was already in 3D thanks to the Super FX Chip, but still, Star Fox 64 is a beautiful expression of everything the original game wanted to be. Taking the power of the Nintendo 64 and applying it to an on-rails shooter resulted in one of the better looking games on the console, but it also evolved the original’s gameplay with homing lasers, more branching paths, voice acting, rumble, and more. It’s Star Fox with the power of the Nintendo 64. A complete success. 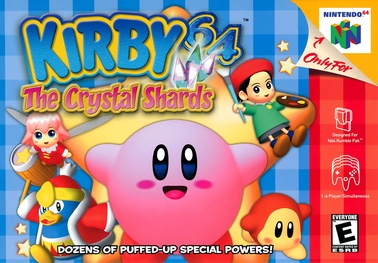 As a game, I personally find Kirby 64 pretty meh. It’s got a ton of great ideas though, so while I don’t particularly enjoy playing it, I respect the heck out of what it was going for. Instead of taking the Mario and Donkey Kong route, Kirby 64 sticks with good old fashioned 2D gameplay, but presents it with a polygonal 3D look. The results are really quite good, and in no way a betrayal of the Kirby games that came before. Quite the contrary actually. The copy ability was enhanced to allow combining different power sets for weird new moves. It’s incredibly creative, and it makes excellent use of the Nintendo 64’s polygon pushing abilities to give all these weird new powers life. Not the best game in the world, but an excellent 64. 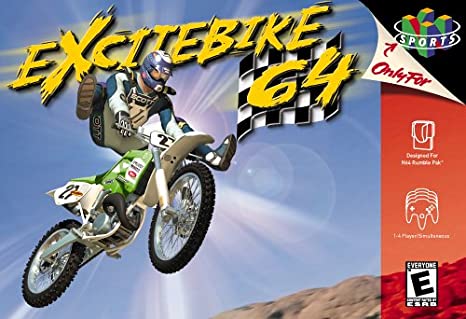 Excitebike for NES is one of the system’s all time classics, and Excitebike 64 takes that original formula and applies a semi-realistic coat of paint to it. It really does make the gameplay of the original Excitebike work within the confines of a realistic motocross simulation game. It’s hard to explain if you’ve never played it, but it actually feels like Excitebike in 3D, which is super cool. It may not look like much more than a 64-bit motocross game, but Excitebile 64 lives up to its name, and is definitely one for the success pile. 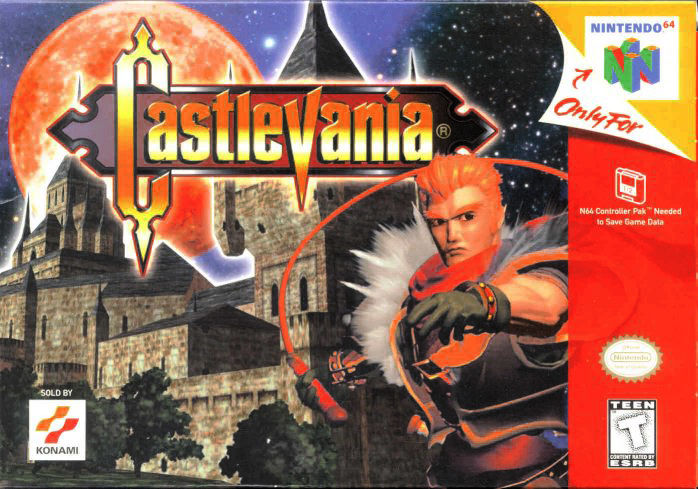 Okay, this one isn’t technically actually called Castlevania 64, but that’s what most people refer to it as, so that’s enough excuse for me to write about it here. Castlevania 64 is an odd duck because it isn’t a great game, but it isn’t the terrible mess the internet tends to make it out to be. In fact, it does a lot to try and take the basic Castlevania gameplay and apply it to a 3D environment. It has some of the exploratory elements of the Symphony of the Night games, and some of the more straightforward action elements of the traditional style games. Does it succeed? Not really. But an effort was made, so it deserves credit for that. 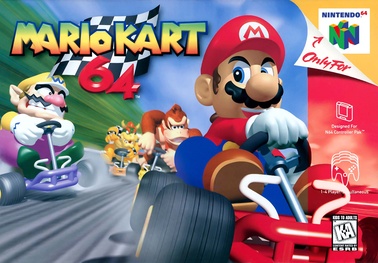 I love this one as an evolution of Mario Kart because of just how weirdly it’s put together. The whole thing with the Nintendo 64 was pushing polygons, but Mario Kart 64 actually treats a surprising amount of its game the same way as its 16-bit brother. All the characters are 2D sprites that have different frames of animation for every angle you see the drivers at, just like in the SNES game. The worlds are polygonal though, which adds so much to the game. It’s a wonderful use of technology to advance what a Mario Kart game could be, especially the 4-player split screen, and it’s no doubt a complete success.

Naturally, there are plenty of other Nintendo 64 games that end in 64, and plenty of other sequels to classic games that didn’t use the 64 moniker, but that’s a blog post for another day. In the meantime, what’s your favorite “64” game?