Remakes were a pretty unique thing back in the 16-bit generation. Today it’s not uncommon in the least to see classics of yore ported to more powerful hardware and given new life, but generational leaps were way more obvious back then, and there wasn't quite so much nostalgia connected to the old stuff. How could there be? It wasn’t all that old. Most Super NES and Genesis players still had an NES kicking around somewhere, often times even still hooked up to the same TV.

But there came a point when some developers saw the potential to bring some of the 8-bit classics into the modern 16-bit era by way of remakes. Sometimes you’d get the odd single release like when Rare ported RC Pro-Am and Snake Rattle n Roll to the Sega Genesis, but more often than not what you’d see were compilations.

Back then, there seemed to be this idea that people wouldn’t pony up for a remake of just Super Mario Bros. or just Mega Man 2, so they started making these wild remake compilations. The most notable of which would have to be Mega Man: The Wily Wars for Sega Genesis and Super Mario All-Stars for Super NES. 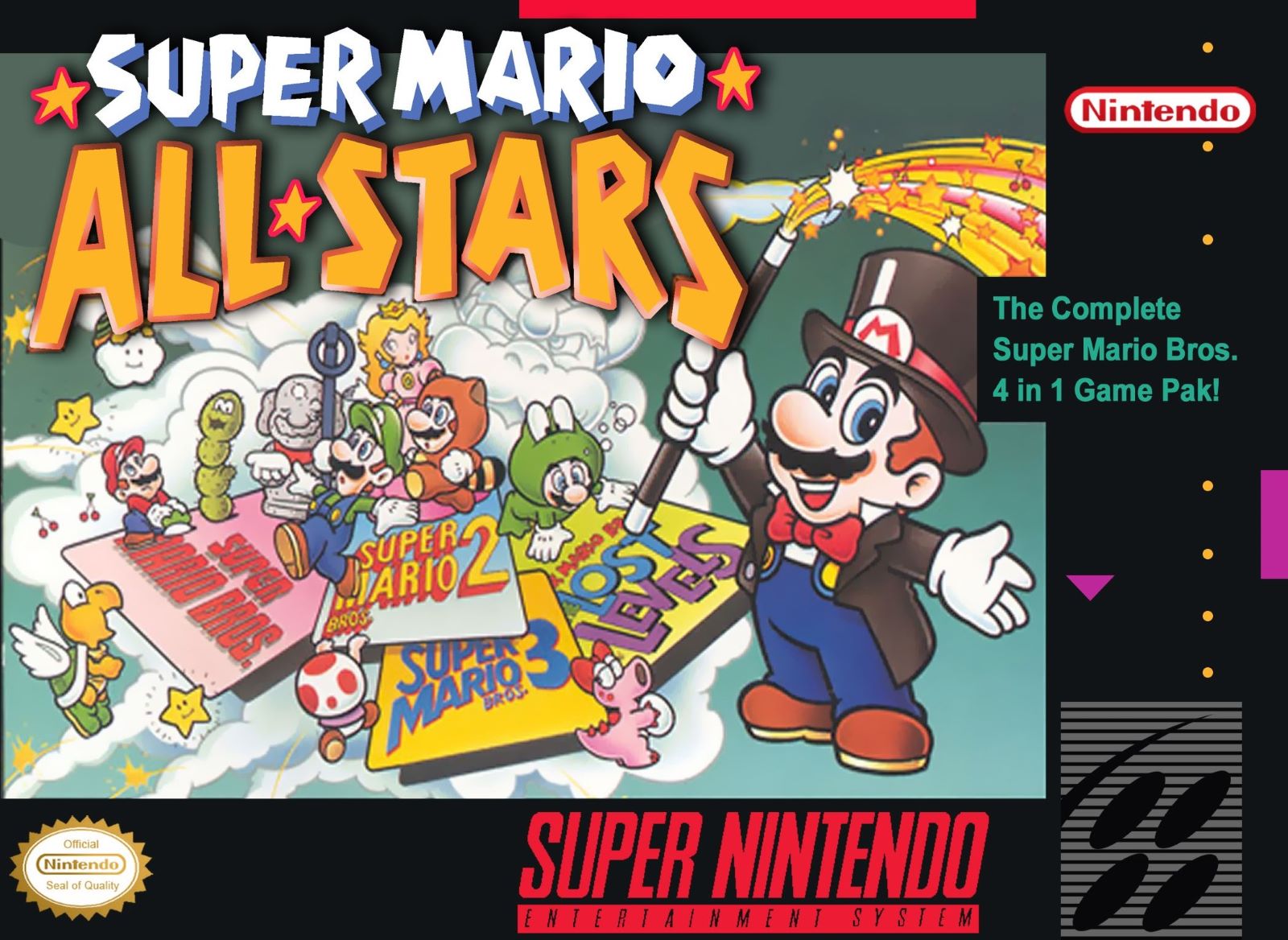 Super Mario All-Stars set the precedent in this department by bringing 3 of the best platformers ever made (and The Lost Levels) onto one cartridge filled with thoughtful re-imaginings of the graphics and music, bringing the franchise aesthetically in line with Super Mario World . It was an amazing package that brought an unbelievable value to the table.

Capcom followed suit by bringing the first 3 Mega Man games to the Sega Genesis in Mega Man: The Wily Wars. Some of the music choices were a bit strange, and the overall feel wasn’t as tight as the originals were, but they managed to weave them together in a sort of clever story, and they even added a new Wily Tower section at the end where you could combine elements of all three games to fight brand new robot masters. Of course it was only available on The Sega Channel here in the US, but hey, it’s still a cool game. 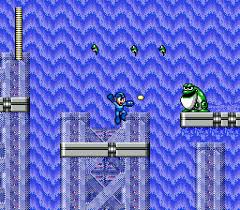 With these two compilations in existence, it wasn’t unreasonable for people to get very excited when word of Tecmo’s Ninja Gaiden Trilogy got out. Ninja Gaiden and its two sequels on the NES were right up there with games like Castlevania, Mega Man, Zelda, and Mario as genuine gaming icons. Okay, maybe the third one wasn’t quite on par with Mega Man 3, Castlevania III, or Super Mario Bros. 3, but you know what I mean. Ninja Gaiden was a killer brand that changed the way video games told stories. If Mega Man and Mario were any indication, playing Ninja Gaiden with the power of the Super NES behind it was going to be something special.

The Ninja Gaiden games were the total package. They had super cool character and monster designs, excellent graphics by NES standards, and some of the best music on Earth. I, for one, couldn’t wait to see and hear what the game was going to be like. Heck, even if they just left the basic sprite work alone and added some parallax scrolling to the backgrounds it would be great. And the Super NES was capable of creating some amazing music. How cool were these songs going to sound?

The answer was bad. The graphics were bad. The sound was bad. Everything was bad. And I don’t know why. 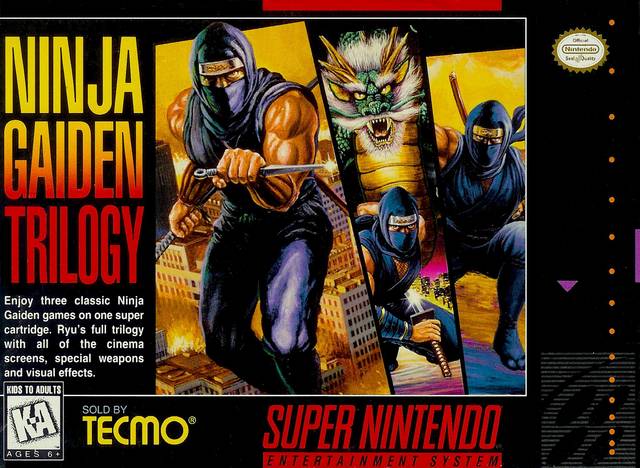 Ninja Gaiden Trilogy is a fascinating dumpster fire from top to bottom. When you boot it up you’re presented with a pretty basic title select screen and some of the grossest electric guitar samples imaginable. I was willing to overlook the pitiful UI though, because I knew the games themselves would be great. Oh, how I was wrong.

The first thing I noticed was the sound choices, specifically the sound effects. Having played the original games hundreds of times over the years, it wasn’t hard for me to spot things that were out of place, and the sound of the two ninjas’ feet hitting the grass was downright silly. Way too many of this game’s sound effects sound like they were pulled from an Atari 2600. Not all of them, mind you, but several of them. In particular, the exploding sound effect that plays when you defeat a boss is suspiciously similar to the sound effect for when you die in Atari’s Haunted House. They aren’t a perfect 1 to 1 match, but they’re way too close for it to be a coincidence. Add this to gunshots that sound like low key farts, enemy damage that sounds like a shovel scraping against dirt, and a whole lot more, and you have a perfect display of how not to make sound effects in a video game. 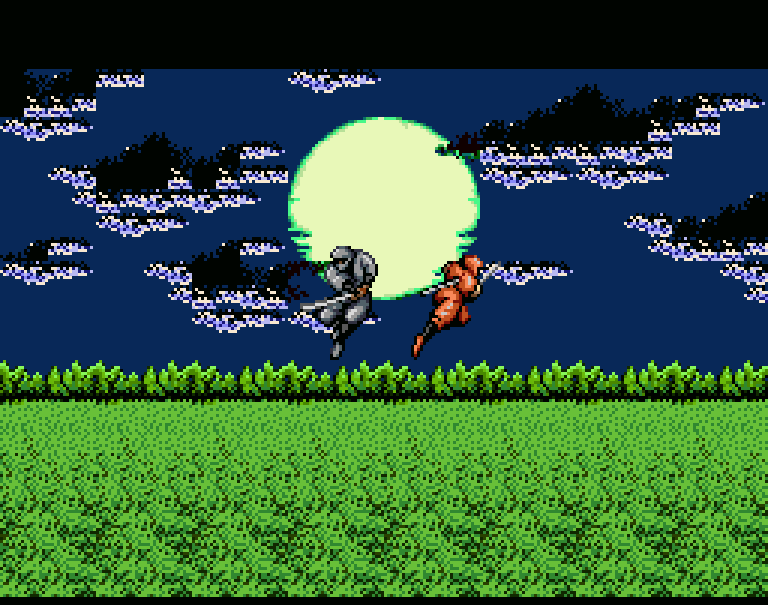 While on the topic of sound, let’s cover the music for a bit. The original compositions are all there, for the most part. Unique versions of the boss theme from the first Ninja Gaiden were used in II and III for their respective boss fights, but in this game those songs were replaced by random stage tunes from the first Ninja Gaiden. Aside from that, you’d think that if the original compositions still stood, how bad could things be? Well, unbelievably so.

The thing about porting NES music to more powerful hardware is that instruments sound more like real instruments. So if you aren’t going to get the original composers to come back and make their music sound the way they want it to, you have to put some real thought into how you think these songs are supposed to sound. Well, whoever took care of that when it comes to the development of this trilogy clearly had no idea what they were doing. The instrument choices here are completely bonkers. One of the most iconic bad-ass songs on the NES is the Act 4 theme, and these guys made an adorable little xylophone play the primary melody. It would be hilarious if it weren’t so gosh darn horrible on the ears. The gorgeous piece “Death of Ken Hayabusa” features this wretched distorted guitar on the second half of the lead, and it kind of makes me want to puke. No song in any of the three games comes off as better in any way than their original counterparts, which is an impressive feat.

But the terrible instrument choices are only half of the problem. In many cases, especially in the first Ninja Gaiden for some reason, the sound designers decided that the music was in need of some sprucing up. And to them, sprucing up means slathering weird droning trumpet sounds all over the entire affair. 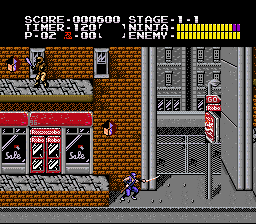 Have you ever been to a concert where there’s a superfluous horn section? Like, there's this one song that had horns in it, so they hired a horn section to play on that one song, but since just coming out for one song seems like a waste, they just stick around and try to force horn parts into songs that they clearly have to business being in? That’s the Ninja Gaiden Trilogy soundtrack. But wait, it’s not just trumpets! Sometimes they decided that certain songs were in desperate need of sick guitar solos. For example, Malth’s Theme is a pretty great piece on its own on NES, but on the Super Nintendo, instead of repeating like the original one does, they added this completely over-the-top guitar solo that’s so messy and absurd it makes my head spin.

They took magnificence and turned it into dog food.

The visuals didn’t get away scott free either. In fact, the visuals are somewhat more baffling. When I first picked up the game, I saw the screen shots on the back of the box and noticed they looked almost exactly like the NES games. There was some more color shading on the sprites, but other than that, it was the same thing. I figured there would probably at least be some parallax scrolling in the backgrounds, but no, when I turned the game on, there was none of that either. The visuals are literally just the NES game’s visuals recolored.

What’s truly astonishing though are the instances where they managed to make the game visually worse than its NES counterparts. Transitions are a thing of the past, which is a bigger problem than it initially seems. When you start the NES game, the screen fades in. When you enter a boss room, the screen fades out. Sometimes there are fades between different areas in a level. In Trilogy, all the fading is gone. Instead, everything is just there. It’s sort of jarring for those of us who were obsessed with the originals, but it’s not really the end of the world for your average player. However, transition fades weren’t just used on stages. They were used heavily in the game’s cutscenes, and this is where the big problems come into play.

A perfect example of this comes in Ninja Gaiden II. In one of the game’s early cutscenes, the character Rob appears in the shadows in an alley. As the camera pans around the corner to reveal him, the transition fade effect is applied to his image, making it seem like the light is hitting him as Ryu turns his head around the corner. It’s quite impressive, especially for an NES game. In Trilogy though, he just appears in full light halfway through the sequence. The camera pans past the corner and he isn’t there, until one frame, boom! There he is. It looks hilariously awful. 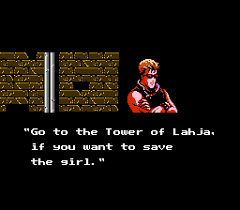 The one bright spot in all of this is that the gameplay is 100% untouched. The games all play exactly the same as they did on NES, meaning the pin point precision controls are as tight as ever. That’s not nothing. Ninja Gaiden is as known for its gameplay as it is for its visuals, storytelling, and music. So arguably the most important thing about Ninja Gaiden remained intact. Credit where credit is due.

So, the big question is, how did this happen? Unfortunately, that seems to be a complete mystery. If you head over to The Cutting Room Floor, you can see that this game doesn’t actually have any credits. The closest thing there are to game credits are unused files that seem to contain the original game’s credits for the first two games, and an incomplete file containing Ninja Gaiden III’s staff. The tragedy there is that I’d love to know more about how this game happened. 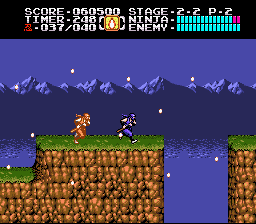 Seriously, Tecmo took some of its best games, ported them to more powerful hardware, and made them demonstrably worse. We’re not talking like the Secret of Mana remake on PS4 that’s kinda crappy here, we’re talking about something you can look at and say “Yeah, that isn't good.” There’s no merit in what was done here, and it’s almost unbelievable that it even exists, and that Tecmo allowed this thing out the door at all. And what’s even wilder, there already was an actual 16-bit remake on the PC Engine. Completely redrawn and reanimated, just ripe for the picking. The PC Engine version has its own set of problems, including an eye-bleeding background scrolling effect, but seriously, if they could have just cleaned that one up instead, I can’t help but feel like it would have turned out much better. Or at the very least, not any worse.

How did these go so wrong? The world may never know. Ninja Gaiden Trilogy is something of a collectors item, and I honestly can’t stress enough how much it’s not worth the price tag.