The Place to Go for Puzzles

When thinking about the Nintendo 64, there are a handful of games that typically come to mind. You have your genre-defining platformers like Super Mario 64 and Banjo-Kazooie, game changers like Ocarina of Time, or multiplayer classics like Golden Eye 007. But there is one genre of game that the Nintendo 64 excelled at that it doesn’t often get credit for. The Nintendo 64 was actually a killer puzzle game machine.

Puzzle games are an important staple in any game library. The Game Boy wouldn’t have been the same without Tetris, and Dr. Mario made a huge splash on the NES. Even one of the Nintendo Switch’s defining experiences is the intensely replayable Tetris 99, and of course the mobile market’s biggest money makers frequently include puzzlers like Candy Crush. Puzzle games are everywhere, but some consoles do them better than others, and the N64 did them very, very well.

So let’s start with the biggest name in puzzlers, Tetris. The Nintendo 64 had a trio of Tetris games on it, and all three are pretty excellent. First, we have Magical Tetris Challenge. This one isn’t all that special aside from it being Disney-themed Tetris. But just because it isn’t all that special, doesn't mean it isn’t worth your time. It looks nice, it controls tight, and it’s a lot of fun.

More special than that though were the other two. The first to release was a game called Tetrisphere. This one actually started life as an Atari Jaguar game called Phear, but earned itself some Tetris branding when it transitioned to the Nintendo 64, which no doubt helped its sales. 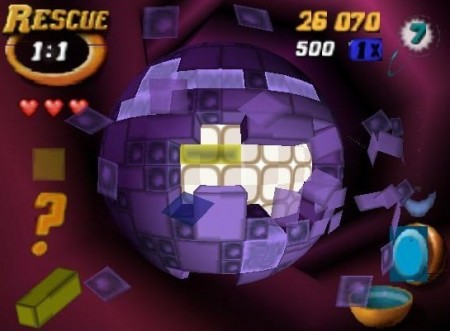 Where typically the goal of a Tetris game is making lines disappear in a well, this game takes place on a sphere that’s covered in what looks like Tetris blocks. You place different blocks in order to create matches and eventually expose the sphere’s core.

It’s a rather addictive and interesting puzzle game, and it has a killer soundtrack.

The best of this bunch though in my opinion is The New Tetris. Terrible name aside, The New Tetris works more as an evolution of traditional Tetris gameplay. You still have a well and you still have to make lines, but it introduces the concept of “blocks” which fundamentally alters the way you think about placing your pieces.

If you can place four of the same tetriminos in the shape of a square, they’ll merge together to make a solid gold block, and each line you create that includes a part of this block is worth 10 lines. If you make a block of four using two different kinds of blocks, it makes a silver block worth 5 lines per line. 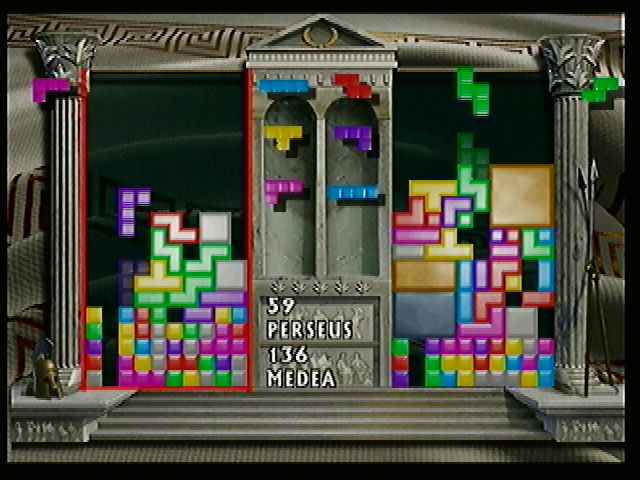 This game also introduced a Spin Move technique where if you rotate a block in a way that causes it to slip inside a gap that it wouldn’t normally be able to fit inside of with a straight fall, and that move results in a line completion, every block underneath said line will separate into individual pieces. Gravity will then do its work and the whole thing collapses in on itself, typically resulting in a whole bunch of lines and a much more manageable screen.

The entire visual style is themed around the 7 wonders of the world, and it looks really nice. The soundtrack is once again top notch too, and perhaps best of all, the game has a killer 4-player mode.

The Doctor is in

Another great puzzle game exclusive to the N64 is Dr. Mario 64. In fact, Dr. Mario 64 is far and away the best version of Dr. Mario ever created. Not only is it bright, beautiful, and shockingly well animated, it’s got a ton of features that are to this day exclusive to this specific version.

Like The New Tetris, this game features a 4 player vs mode, and it stands to this day as the only Dr. Mario that supports 4 players. I have no idea why either because it’s super fun.

It’s also got a whole story mode that’s told through cinematics that look like Paper Mario, and it’s more or less based in the world of the Wario Land games featuring fully animated characters rarely seen outside of the Game Boy like Rudy.

And then there’s the music. Dr. Mario has existed on Game Boy, NES, and SNES with the same two stage tunes, Fever and Chill, since the beginning. Dr. Mario 64 introduced two new tunes to choose from, and they’re pretty darn good! They appeared in a few follow ups, but have since disappeared. Weird.

Dr. Mario 64 is by far the most fully featured Dr. Mario release, with the exception of maybe the recent mobile game Dr. Mario World, and should be the benchmark by which all Dr. Mario games are judged on. And by that metric, every subsequent Dr. Mario has failed.

Finally, we have another one of the best puzzle games to ever appear on a Nintendo console, and that’s the game that’s become known in the West as Puzzle League. On the Super Famicom, it was introduced as Panel de Pon, and when it was brought over to the US it got dressed up as a Yoshi’s Island tie-in called Tetris Attack. Then when it made its way to the Nintendo 64, it got a new branding: Pokemon. 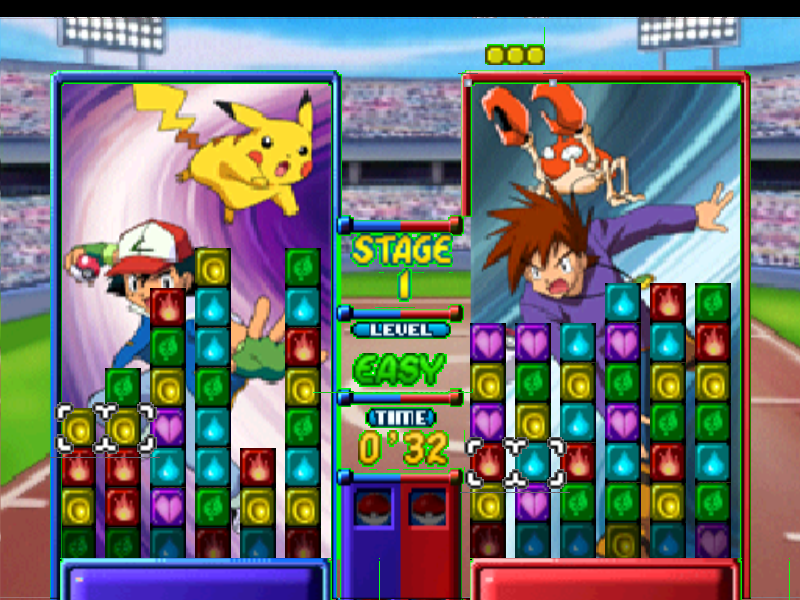 Pokemon Puzzle League is basically Panel de Pon for Nintnedo 64, and it’s great. Panel de Pon is one of the best puzzle games in town, and this Pokemon themed one didn’t just look and sound great, but it introduced a wacky new mode where instead of the normal gameplay taking place inside a well, it took place on the outside of a round column. Now you had to constantly rotate the playfield around to make sure your blocks didn’t rise to the top. It’s stressful, but incredibly cool. This one was unfortunately only 2 players, but that was still plenty of fun.

These games alone make the Nintendo 64 one of the best puzzle machines of all time. Coupled with some multiplatform releases like Wetrix and Bust a Move 99, the N64’s puzzle lineup is one of the best ever assembled. Honestly, even just Dr. Mario 64 and The New Tetris with their crazy cool 4-player modes make the Nintendo 64 the best system for puzzle party games, and when you take into account the N64 controller’s excellent D-pad, it really is the ultimate retro puzzle machine.

What are your favorite puzzle games?