The Dream Machine of Your Dreams

In case you missed last week’s article, I wrote about my plan to get a MODE for my Sega Saturn and instead of loading it up with every game and getting so overwhelmed I just play the first level of NiGHTS for the umpteenth time, my plan was to go for a more curated experience and just upload 5 games at a time.

Figuring out which games to plop on my Saturn was both easy and incredibly hard. Saturn is a console that I wasn’t exactly in on when it launched. I was a die-hard Nintendo goon back then, and only played games on Nintendo consoles. The Nintendo 64’s limited library and my job at FuncoLand opened my eyes to new worlds of gaming that I foolishly ignored for years, and the Saturn provided a deep well of quality titles to try out.

Narrowing that library down to just 5 games was tough, but at least there was plenty of stuff on the platform I never spent a ton of time with. Dreamcast is a very different animal. 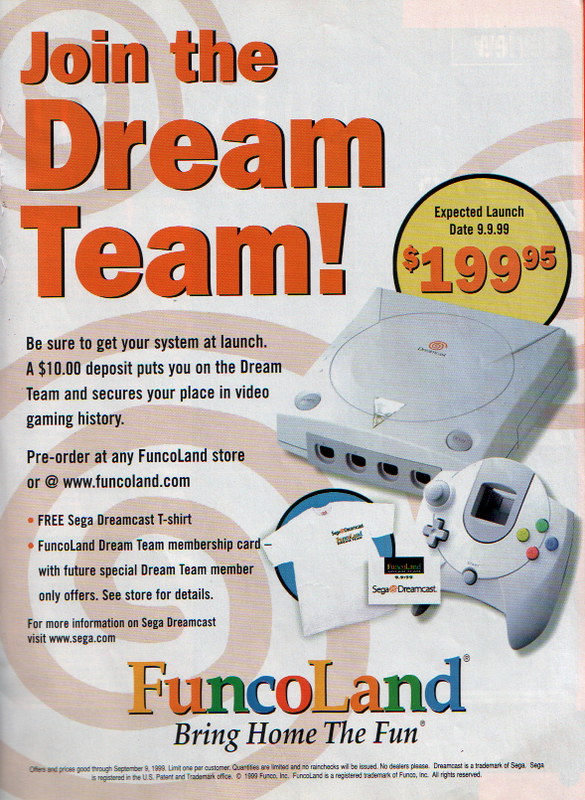 I worked at FuncoLand on 9/9/99 for the Dreamcast’s launch, and it was one of the best days I’ve ever worked. Everyone was so happy to have the console, a fat stack of truly awesome launch titles, accessories like light guns and VMUs, and a bright future of fun and interesting titles. I was 100% in on that action myself, so narrowing down what I want to do with my Dreamcast MODE is a pretty different animal than Saturn.

Since I was working in video game retail for the entirety of the Dreamcast’s life cycle, there aren’t a ton of games I “missed” when they were released. If there’s a Dreamcast game I haven’t played, it’s probably because I wasn’t all that interested in the first place.

So no, I don’t plan on diving into Tom Clancy’s Rainbow Six anytime soon, and there’s very little anyone can do to convince me to give Blue Stinger another try. So what do I actually want to do with MODE on Dreamcast?

Well, there are a couple of heavy hitters I’m somehow missing from my collection, like Crazy Taxi and Jet Set Radio, but I haven’t really been itching too much to dive back into those games lately. They’re great and I look forward to having the option to dive back in when I so choose, but if I have to pick 5, which is the limit I’m imposing on myself to start, I want to make sure they’re games I can spend some real time with and hopefully finish off. It also helps that I recently got my hands on a DC Striker Pro controller, so I’m all set to give these games the time they deserve without wrecking my thumb on the Dreamcast’s original sharp D-pad (I’m not the only one who hated how pointy that thing was, right?). Here’s what I came up with.

Toy Commander is my very favorite Dreamcast game. I love this darn thing. I’ve also never actually beaten it. Next to Marvel vs. Capcom 2, Toy Commander is probably the Dreamcast game I’ve played the most, but the vast majority of that time was spent in the game’s multiplayer mode with my friends. The solo campaign, I’ve started many times, but never finished.

In case you’ve never played it, Toy Commander is a charming 3D shooter where you play as a series of toys in a kid’s imagination. The stages are all areas inside his house, and you can drive trucks up walls, shoot markers like missiles, and it’s just a ridiculously fun game. 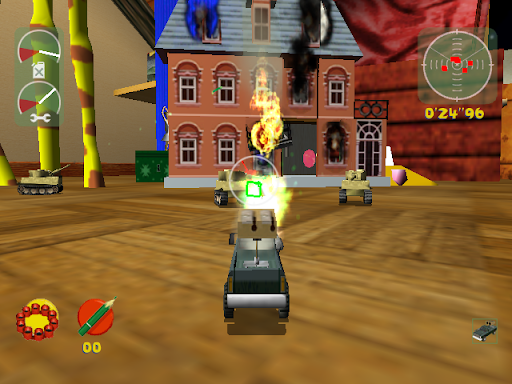 It wasn’t exactly a graphical powerhouse, which was one of the Dreamcast’s selling points back then, so it’s never been surprising to me that the game went largely overlooked in its day, but I’m so glad I tried it out because it’s a killer.

The single player game consists of a series of one off challenges that you have to complete before getting a shot to take down a particular room’s boss character. The game’s kind of tough (that or I’m just really bad at 3D games, but that couldn’t be the case… could it?)

I’ve gotten decently far into the game over the years, but it’s way past time I tried the whole thing again over from the start. MODE is the perfect excuse to do that, and I’m ready.

The soundtrack is really good too. Like, REALLY good.

There have been lots of neat takes on the Pac-Man formula over the years, and for whatever reason Ms. Pac-Man: Maze Madness is one of the few that have really stuck with me. In all honesty, the game’s super catchy music probably played a significant part in that, but the core gameplay is really quite amusing too.

Maze Madness sort of combines block pushing puzzles with classic Pac-Man gameplay, and it’s really satisfying to play. I’ve played the first hour or so, but I’ve never gone much further beyond level 2 because… well, I don’t know really. It’s just never panned out that way. 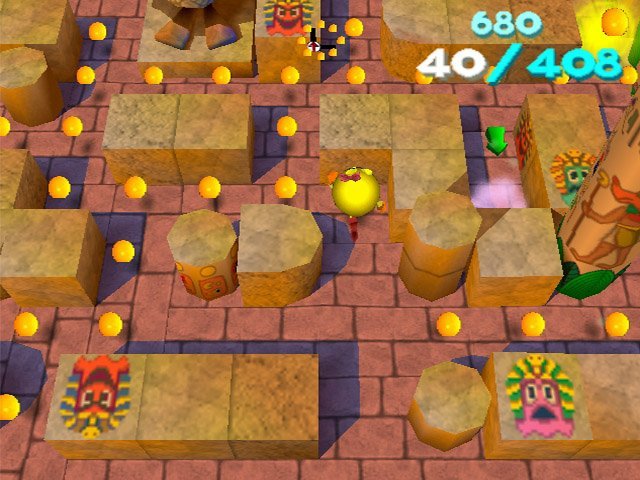 I’ve gone back to this game time and time again, and I always really enjoy playing through the first level or so, but once I get beyond that, something else always gets in my way, and since I have no idea where my old VMU is, every modern attempt to make it through the game has me starting from scratch.

I’m going to do it this time though. I’m sure there’s some more clever stuff in there that’s just waiting for me to get stuck on to the point of frustration, but I’m ready for it!

I feel like I’ve recently ridiculed this game, and I can’t remember exactly why because when it first came out I remember being really impressed. Probably because it was a Dreamcast game and everything impressed me back then, but putting this game’s stupid name aside, there was always something really alluring about it.

Maybe it was that seeing a game with an honest to goodness animated intro was still a real novelty back then, or maybe it was seeing the beautiful sprite-based game world open up, or running around as this funky looking robot, but whatever the reason, this game seemed really cool to me.

But I never played it outside of my store demo unit. 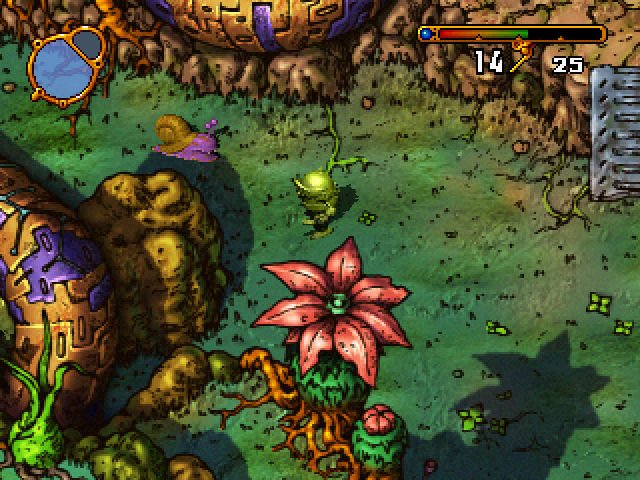 I contemplated buying it a couple of times, but something else always got in the way, and there’s no arguing that the tile EGG (which stands for Elemental Gimmick Gear… wow) was a bit of a turnoff. The game was interesting, but it wasn’t cool, and unfortunately for a lot of games back then, that was a huge strike against it.

It’s way past time to rectify this wrong. It’s possible the game is a pile of garbage and I’ll hate it, but it’s a top down Zelda style adventure game. How bad could it really be? My guess is it’s got something more to offer, and I’m going to love it.

Ecco: Defender of the Future

Ecco is a series that gets a lot of flack, and not unjustly. The original Ecco the Dolphin for Sega Genesis is a weird game with a story that goes so far off the rails by the end that it makes you question if you even understand the very concept of rails anymore. I’ve never played the sequel, The Tides of Time, but I did play this game, and it was breathtaking.

It was another one of those moments where I honestly couldn’t believe the graphics I was looking at. This game was, at the time, absolutely stunning. I played it a lot at my store and even bought a copy for myself at one point, but after playing for a few afternoons with my friend and really enjoying trying to figure the thing out, I never went back to it. 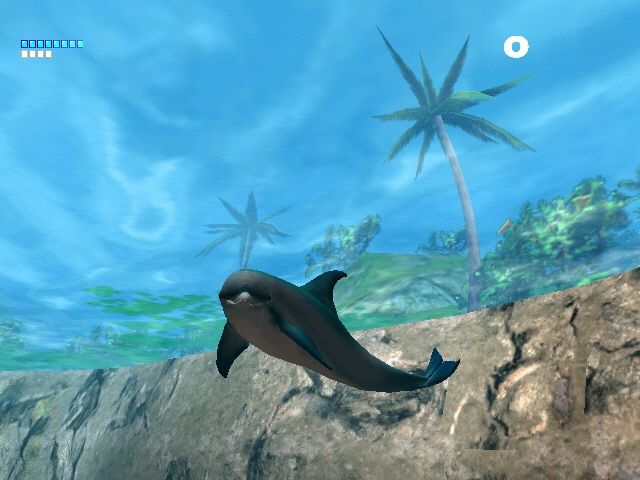 This one really deserves another shot from me, if only to see if I was just blinded by the visuals. Who knows, maybe the visuals don’t actually hold up and the game actually looks like garbage. I tend to doubt it since most Dreamcast games I remember looking amazing still look amazing to me now, but I haven’t touched this one in a very, very long time.

Oh, this game. Oh, this whole darn franchise. When this game launched on PlayStation, everyone at my FuncoLand lost their collective minds. This game was the single coolest thing on the freaking planet. We must have watched the gameplay trailer a hundred times on our old promotional VHS tape, and I distinctly remember Raziel impaling demons being the coolest-looking mechanic ever.

We all bought the game, but I distinctly remember having a real hard time with how sluggish it felt to play. I internally begged for a Dreamcast port, and wouldn’t you know it, a few weeks after the game came out the port was announced, so I stopped playing it immediately.

I bought the Dreamcast port on day 1, and I was incredibly happy with it. It played like butter. It looked so much prettier than its PSX cousin. The problem was, everyone else at work had already finished the game. 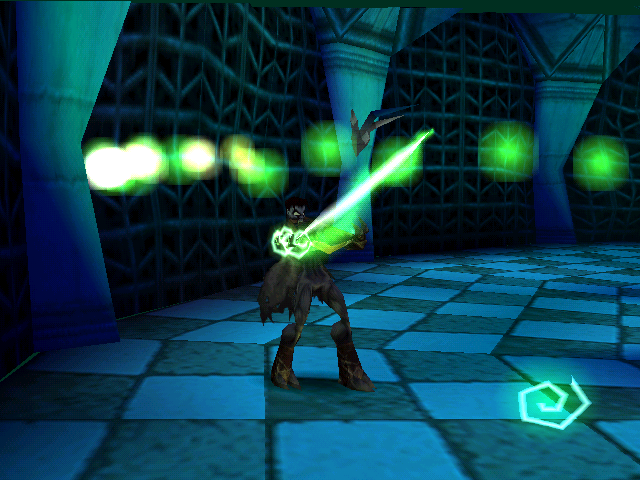 That feeling of being so far behind everyone else, coupled with having to play through the first few hours again put me off just enough to never actually complete the game, which is one of my bigger gaming regrets.

The world that this game setup was nothing short of amazing. I never got into the original Blood Omen on PSX because its loading times were so freaking brutal I lost every shred of my patience within minutes. But Raziel was, and still is, one of the best character designs I’ve ever seen. He just looks outstanding, and his backstory with Kain was brutally awesome.

I bought all of the sequels and constantly told myself I’d go back and finish the Dreamcast game and blow through the series someday, but obviously that never happened.

I can’t say for sure that I’ll have the attention span to actually play through this game today, but I want to give it a serious try and I’m once again more than willing to make MODE my excuse to do so.

Well what do you think? Is limiting myself to 5 games per system to start with a bad plan? What games are you going to play first on MODE? Let us know!