DuckTales. Teenage Mutant Ninja Turtles. The Simpsons. G.I. Joe. The 80s and 90s were home to some awesome animated intellectual properties. Many of these got some really great video game adaptations. Others weren’t so lucky. For whatever reason, some of the most popular brands from when I was a kid seemed to completely miss the video game train. I think back to games based on Gargoyles or Batman: The Animated Series and I can’t help but wonder what could have been elsewhere. Sure, a lot of licensed stuff was the cream of the crap, but for every Bebe’s Kids, there was a Bucky O’Hare, and there were some shows out there with some serious video game potential. As a kid, I spent what I imagine was an unusual amount of time daydreaming about nonexistent video games, especially ones based on cartoons I liked. Here are some of the ones that have stuck with me all these years. 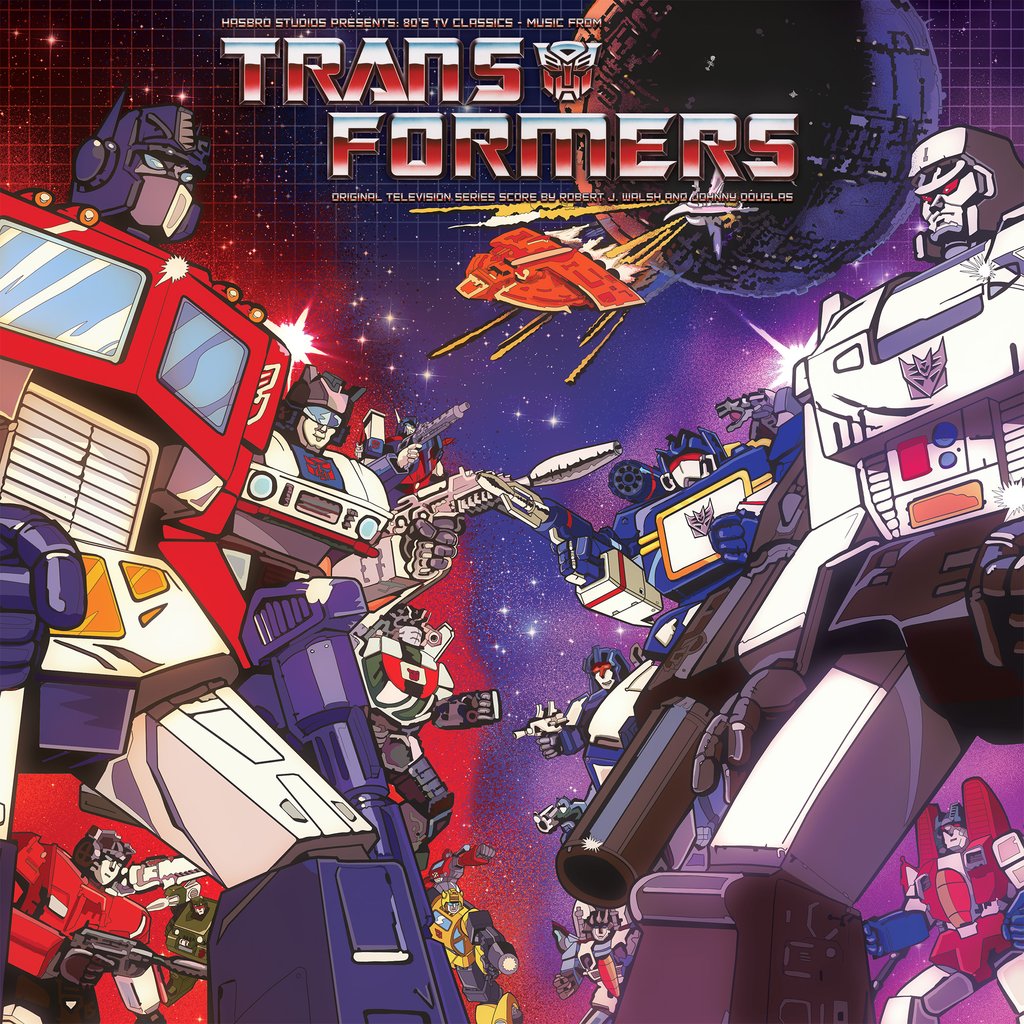 Here in the US, we didn’t see a Transformers video game until 1997’s Beast Wars on PlayStation. Games existed for the Famicom back in the day, but for all us kids who grew up obsessing over the toys and cartoons, the lack of video games was incredibly noticeable. Looking back on the Famicom Transformers game today, it’s probably for the best that we didn’t get that one localized. It’s not exactly a good time. But while some sort of shooter along those lines would have been neat if done right, I would have loved to see a sort of King of the Monsters-type game for SNES or Genesis instead. The Transformers didn’t lend themselves to a game where you blow up endless faceless Decepticons. It was all about those individual personalities. Instead, some kind of one on one fighter that plays like a sort of boss rush game (like the recently released Mechstermination Force, except with less size differential between the player character and the enemies) would have been amazing. The Transformers was easily one of the biggest properties when I was a kid, and it still strikes me as weird that there weren’t more games based on them. I’m sure there’s a good reason for it having to do with licensing and whatnot, but kid me didn’t care. 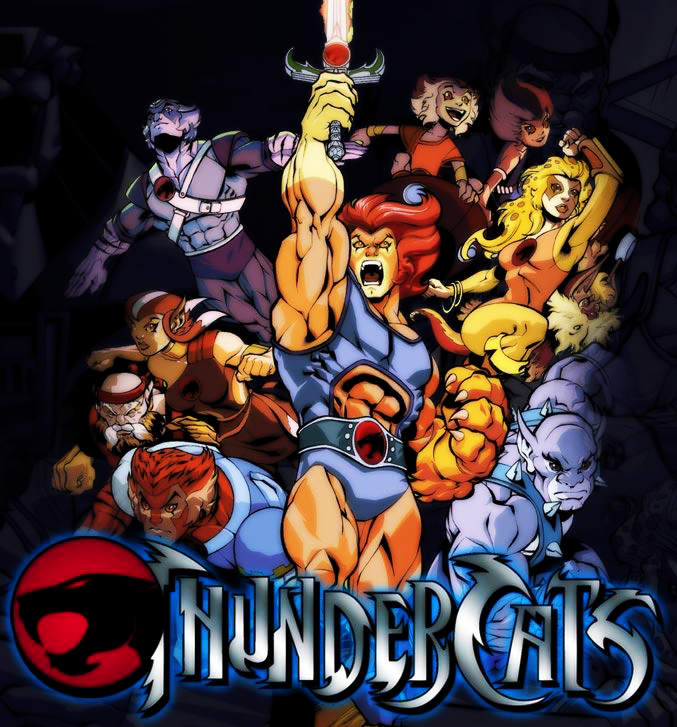 The Thundercats were pretty huge when I was a kid, too. My sister was more into it than I was, but we had the toys, and I wanted a darn video game. There’s actually a really bizarre history to Thundercats video games from the 80s. It’s all pretty nuts and I recommend looking it up because it involves some wacky reskins, which are always fun. Anyway, at the end of the day there was a Thundercats game released for European computers, and while an NES game from LJN was reportedly announced, it never saw the light of day. So for all us 80s kids, we just had to imagine what a real Thundercats game would be. Me? I always imagined it as an action platformer, not entirely dissimilar to Strider. The Thundercats all had their own unique abilities, so each character could have stages built around their talents. Done right, this could have worked on the NES, but for some reason I can’t shake the feeling that the TurboGrafx-16 would have been the perfect home for something like this. We eventually got a crappy DS game based on the surprisingly good (and tragically cancelled) 2011 series, but that’s way too little way too late. 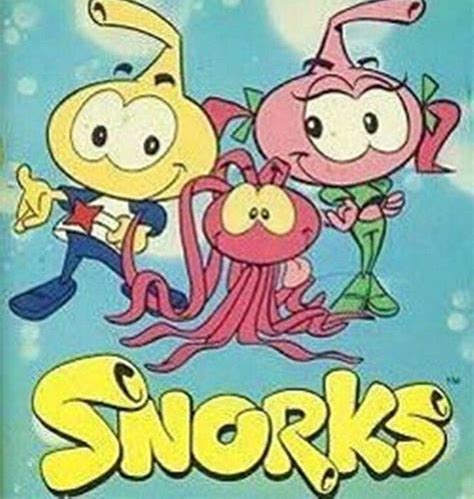 The Snorks were never as popular as the Smurfs, but I always thought they were pretty darn cool. I’ve always been fascinated by water stuff though, so of course the Snorks spoke to me. Regardless, in my opinion, The Snorks were popular enough to warrant a video game, and I was always bummed it never happened. Well, apparently some weirdo web browser coloring game for kids exists, but that didn’t happen until around 2011 I think, and that’s hardly what we’re talking about here. No, Snorks would have been the perfect backdrop for a super-cool puzzle game. I’m thinking a block-pushing type game for the Game Boy. Yes, there’s about a billion of these kinds of games on that platform, but the good ones are really cool to come back to. The show ran from 1984-1989, which would put a Game Boy adaptation just a little after its cancellation, but if Inspector Gadget can get a SNES game, The Snorks could have gotten a Game Boy game, darn it! 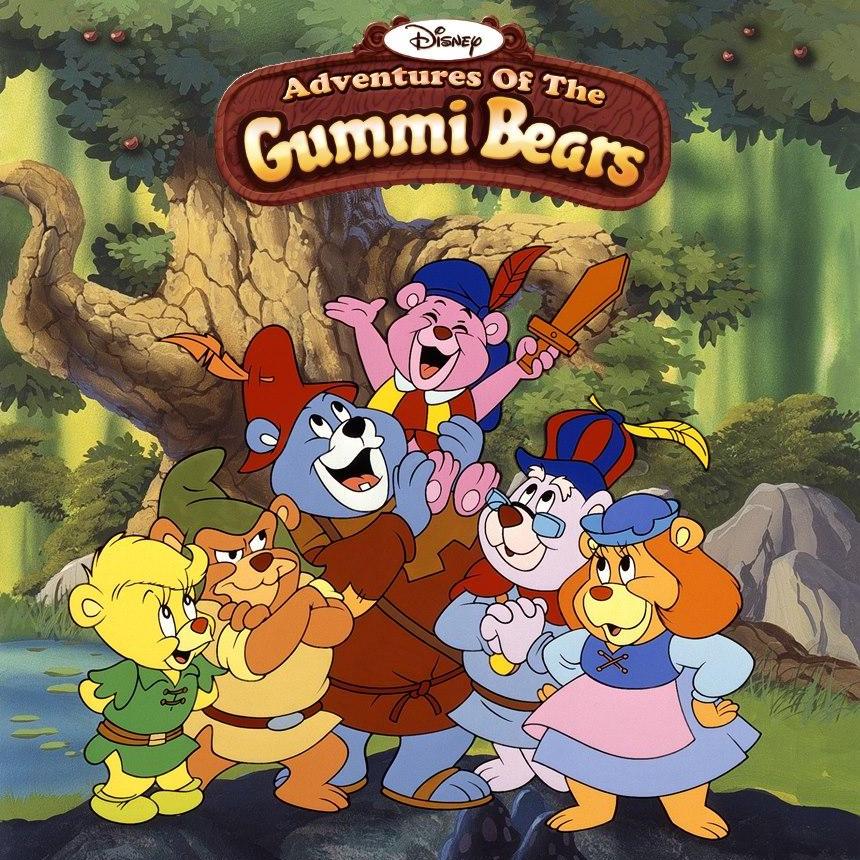 Ahh, the Disney Afternoon. This block of cartoons was just about the best thing that could have happened to after school entertainment. These shows were legendary, and almost all of them got solid video game adaptations. DuckTales, Tale Spin, Darkwing Duck, Rescue Rangers, Gargoyles, Goof Troop, Bonkers, even Marsupilami (alright, that one technically wasn’t part of the Disney Afternoon, but you get the point) all got the video game treatment. But somehow, the original Disney Afternoon show, the one that literally started it all, was left out. The Gummi Bears would have been such a ridiculously perfect fit for an NES platformer. The whole premise of the show is about jumping, for crying out loud! Capcom would have absolutely knocked this one out of the park, of that I have no doubt, and it sucks that that never happened. For reasons I can’t begin to fathom, there seems to have been a Gummi Bears game released not that long ago for something called the Bandai Revolution, and a bootleg Russian Mega Drive game seems to exist, but the Gummi Bears deserved better. 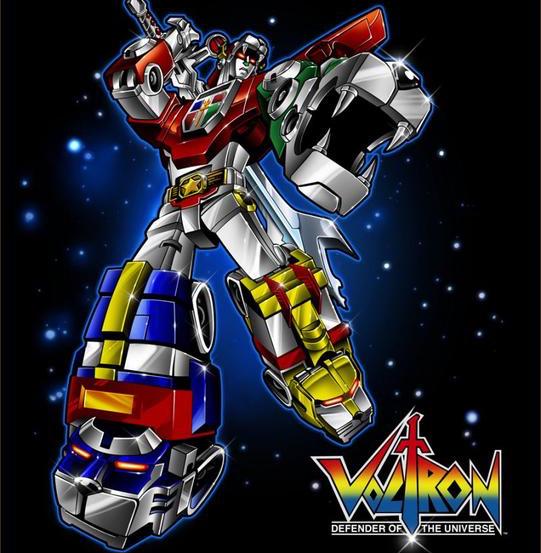 Voltron: Defender of the Universe

Of all the properties that didn’t get video games made for them, Voltron has to be the biggest missed opportunity. Voltron is SO FREAKING COOL. It took until 2009 to get a Voltron game and even then it was only on mobile. Voltron was my favorite property when I was a kid, so it’s only natural that I always dreamed of a Voltron game on my favorite system, the Super NES. What I used to imagine (and honestly still do) would be a cross between Blaster Master and The Guardian Legend. You’d select a lion/paladin and start out in a side scrolling platformer Metroidvania-type game. You can jump out of your lion at any time, like in Blaster Master, and enter top down action/adventure segments to solve puzzles and fight bad guys. Then for boss battles, you form Voltron and head into scrolling shooter segments that culminate in crazy fights against Robeasts, Haggar, Zarkon, and more. Would have blown my tiny mind back then. There was eventually a couple Voltron games based on the excellent Netflix reboot series, but they weren’t really anything to write home about. 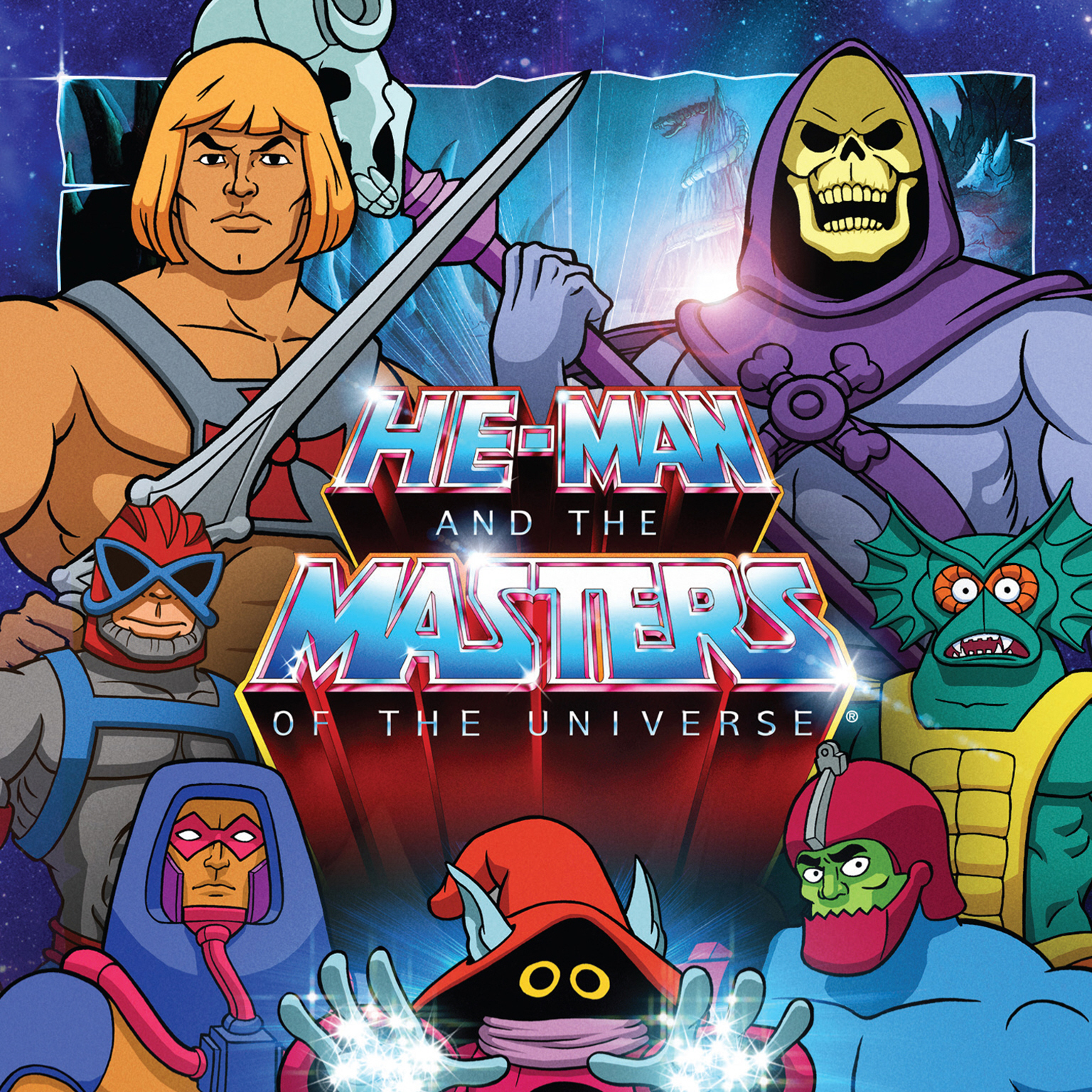 He-Man and the Masters of the Universe

A He-Man brawler. That’s all anyone ever needed to do with this license. Scratch that. That’s all Konami needed to do with this license. Konami hit us with TMNT, X-Men, and Simpsons in arcades and they all ate untold amounts of quarters because they were incredibly fun and amazing to look at. Masters of the Universe should have been in on that action. He-Man, Man at arms, Teela, Orco, the whole gang all there as selectable characters, with some solid brawler mechanics, awesome art, and killer quarter-munching bosses. Instead, all we got in America was a strange, yet entertaining, Intellivision/Atari 2600 game. There were more games on European computers, and then a bunch based on the Cartoon Network reboot, but a good old-fashioned brawler just wasn’t one of them. It makes so much sense! 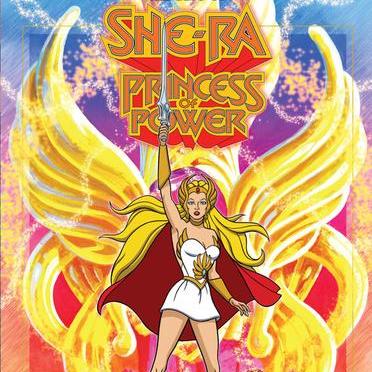 Staying in Eternia, a She-Ra game could have been Konami’s Turtles in Time to He Man’s TMNT. New characters, new bosses, toss a few He-Man characters in there as callbacks to the previous game, and boom. Brilliance. If they wanted to go a different route though, a Zelda II-style game would have been a pretty sweet take on She-Ra. Aside from the fact that there should be more games like Zelda II (and arguably more Zelda games like Zelda II), adventuring around as She-Ra, riding Swift Wind, meeting the other Princesses, man, that would have been awesome. That brand has never spawned an official video game before, which is a real bummer. 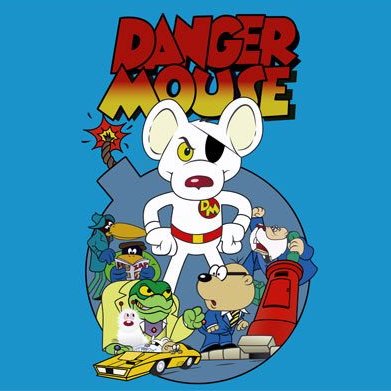 I suspect most kids in America weren’t as into Danger Mouse as I was, what with it being incredibly British and all, but I watched the heck out of this show on Nickelodeon as a kid, and it still holds up pretty well today. I always wanted there to be a Sega Genesis action platformer for him, which is weird because I was definitely not a Sega kid, but it just seemed to click with me. The Genesis’s visual capabilities just seemed to fit the world of Danger Mouse. Aesthetics aside, an action platformer with melee combat and a metric ton of awesome gadgets to mess up bad guys with would have been so cool. Throw in some driving stages, maybe a couple of stealth stages as Penfold, and you’ve got yourself a winner. The excellent Danger Mouse reboot series spawned some mobile game in 2015 and what appears to be a crappy port of said game on Switch 2018, but those aren’t exactly what I’d call great for DM fans. 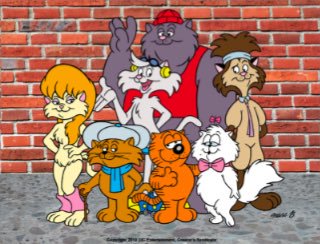 To my knowledge, the only Heathcliff video game is 2010’s inexplicable Heathcliff: Fast and the Furriest. Because someone decided that was a license worth grabbing in 2010. But when we live in a world where there’s Garfield games, Snoopy games, and even games based on Eek the Cat and Family Dog, why isn’t there some sort of weirdo Lost Vikings-style game about Heathcliff and the Catillac Cats? I haven’t seen this show since I was a kid, and I can’t imagine it’s aged extraordinarily well, but I do remember enjoying it quite a bit, and I remember my friends liked it too. Even remembering all the weirdo vehicles the Catillac Cats had in the intro like the flying bathtub and transforming car, just makes me think this property was ripe for a very weird 16-bit game. Shame it never happened.

Well, I know I end a lot of these listicle articles like this, but I genuinely want to know, what do you think? Did you also used to dream about cool video games based on your favorite properties? Would you have played any of these games? Are there any I missed?