More than tennis and go karts

It would be ridiculous of me to claim that there’s a shortage of multiplayer Mario games in the world. Mario Party exists in many, many forms. Mario Kart is basically the biggest brand on the planet. Mario sports games come and go multiple times per generation. Super Smash Bros. is a juggernaut.

But those are Mario spinoffs. What about multiplayer mayhem in actual Mario games? Not to sound too much like an crotchety old man, but back in my day multiplayer Mario typically meant taking turns between lives and levels. Today, however, with the exception of Super Mario Odyssey, new Mario games tend to come with some sort of multiplayer mode standard. New Super Mario Bros. Wii is still one of the best selling video games of all time, and it introduced the world to playing 2D Mario adventure games with 4 players simultaneously. Was it great? Not really. It was kind of fun for a bit, but it ultimately turned to chaos thanks to not being able to occupy the same space at the same time, and depending on who you were playing with, the propensity to want to sabotage your friends at every turn. 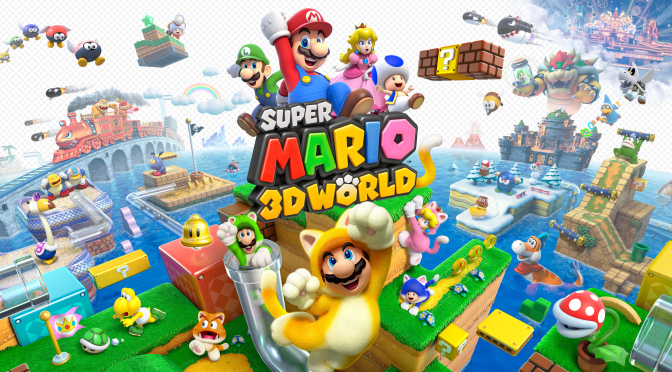 Super Mario 3D World took the “adventuring with friends” thing a step further by letting 4 players run through an isometric environment where everyone has plenty of floor space to occupy. A step in the right direction, but far from the perfect multiplayer Mario experience.

What’s both brilliant and limiting about these games is that the multiplayer element has to co-exist with the single player game. If Super Mario 3D World only worked in multiplayer, it would be intentionally limiting its audience. (See: Four Swords Adventures). But it does give players that good old fashioned Mario platforming action in a multiplayer format, and that's really what it’s all about, right?

Well, yes and no. As far as being able to play through a Mario adventure with a child or loved one, the New Super Mario Bros. games have provided an adequate version of that. 3D World did it even better. But some would argue that the best multiplayer is the stuff that’s designed to be multiplayer from the get go, especially when it’s built out of familiar single player mechanics. (See: Four Swords Adventures again.) 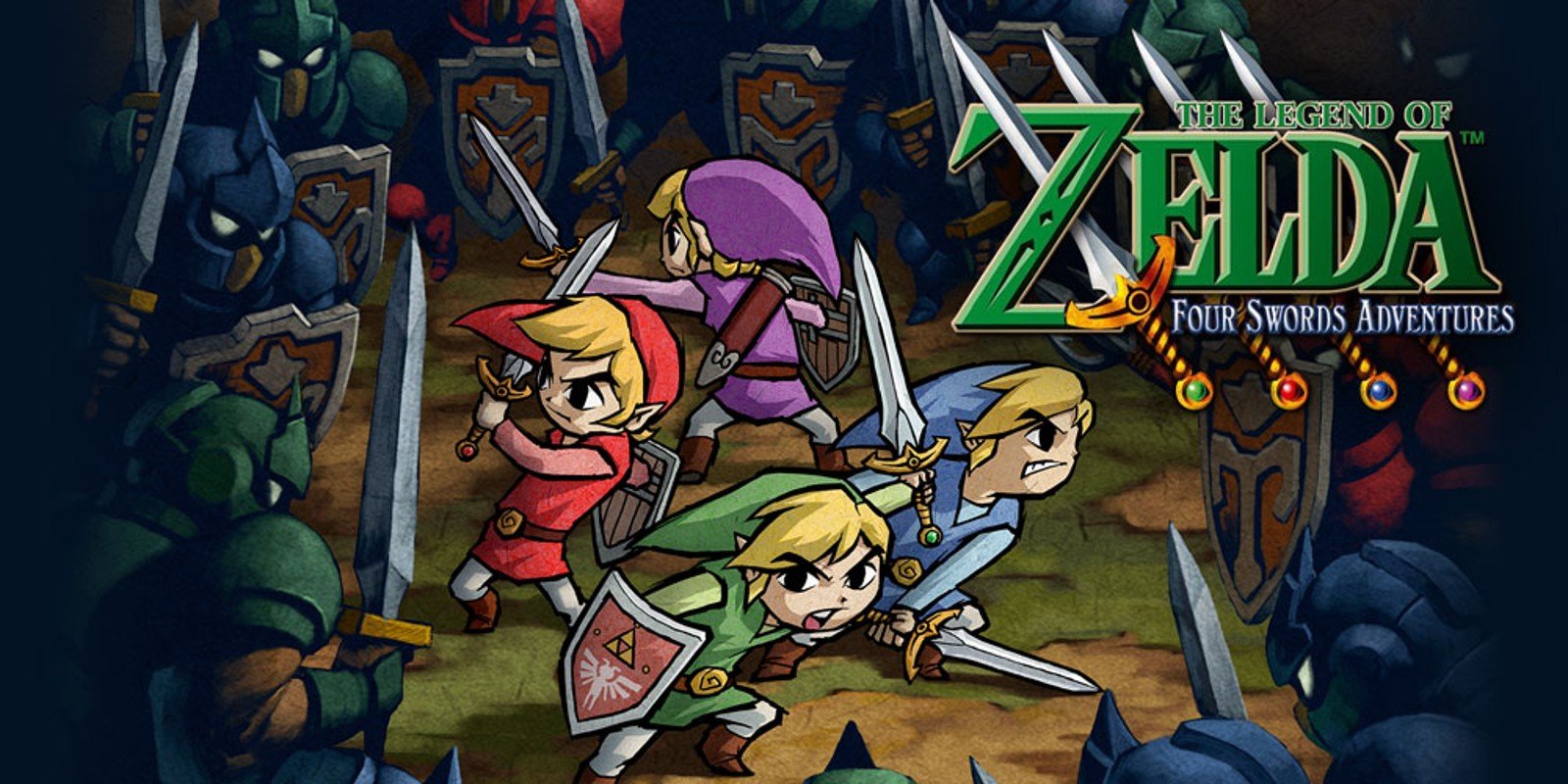 I keep bringing up Four Swords Adventures because it’s some of the most fun multiplayer gaming I’ve ever experienced. It worked so well because it took the established gameplay of a classic Zelda game and built a multiplayer only experience around it. It was cumbersome with all the Game Boy Advance cables and stuff, but once you got it working, it was brilliant. It will never stop baffling me that Nintendo hasn’t seen fit to port that game to Switch with online multiplayer, but more to the point, where is Four Swords equivalent for Mario?

In my opinion, there have been three different nearly perfect multiplayer Mario games over the years, and it’s way past time they all got collected in one place, remastered in HD, and made playable online. They’re pretty different from Four Swords, obviously. Mario is pretty different from Zelda. Four Swords revolved around working together to complete the overall mission, like in single player Zelda. These Mario games are purely competitive, but they capture the spirit of playing their single player counterparts in a way that just adding more players to the single player game never could. That they managed to do this three times and have never capitalized on any of them in any sort of HD online capacity is mystifying. But hey, there’s always hope for the future, right? 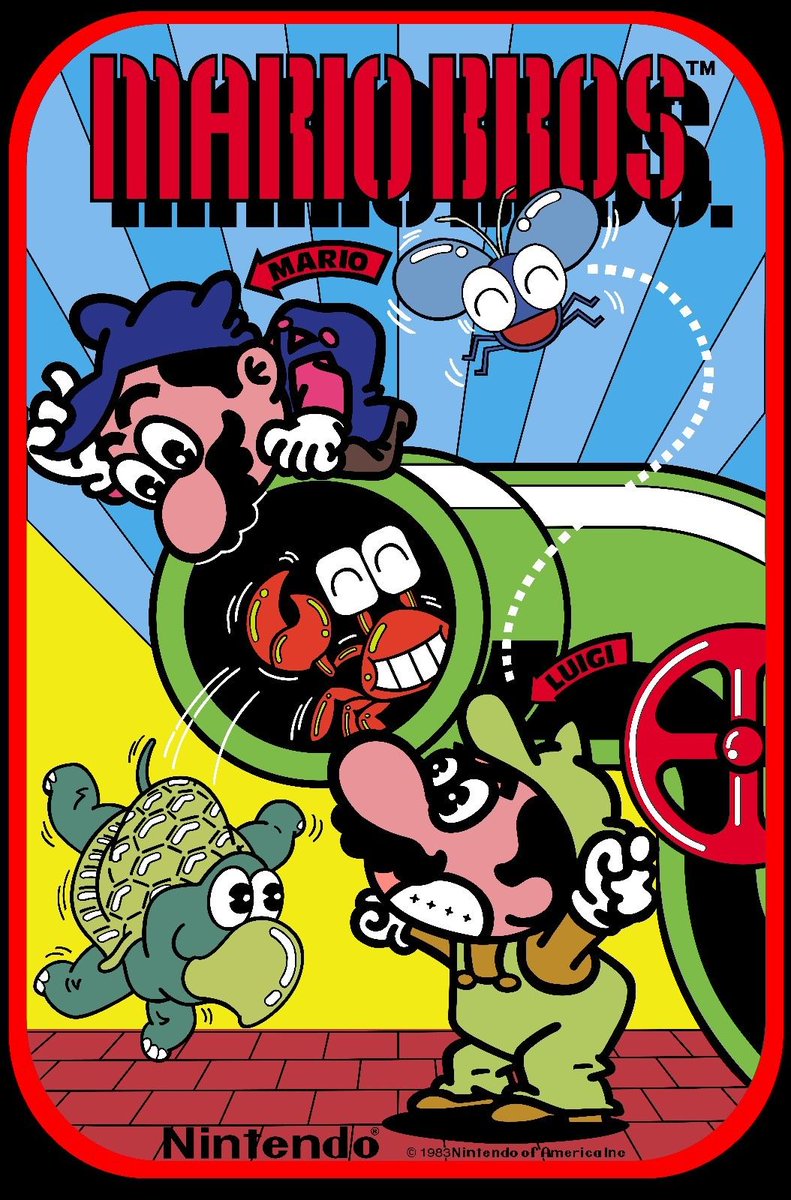 A link to the past

The first time they did multiplayer Mario right was actually way back in 1983. The arcade game Mario Bros. was a beautifully fun multiplayer game that encouraged competition as much as it did cooperation. If you work together, you can reach later levels way easier, but if you play competitively you can get higher scores and bragging rights. It’s a classic that still holds up today, and one that Nintendo has revisited more than once. They included an updated version of it as a multiplayer minigame in Super Mario Bros. 3, but one could argue that they perfected the formula in 2001’s Super Mario Advance.

This time around, as long as you had the cables and consoles required, you could play the game with up to four players, which makes for some truly delightful chaos. They accommodated the extra players by extending the stage’s vertical layout a bit and adding a second POW block. They also added Super Mario Bros. 2’s control scheme and physics to the game, meaning that not only could Mario control his mid air movement, but you could also pick up and throw things like the aforementioned POW block. You could also pick up your friends and toss them at enemies, which is a devious delight. 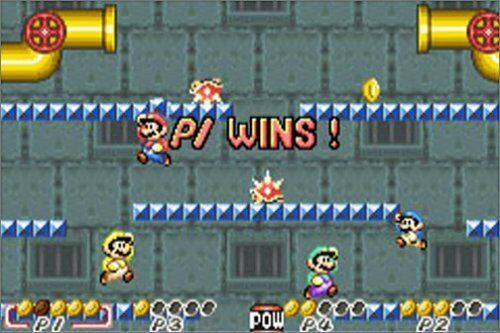 This game in all its four-player glory is a thing to behold, and an amazingly fun time with the right crowd. Its only real limitations are the ones imposed on it by the system it was created for, the Game Boy Advance. A larger screen to allow for more breathing room for the characters would be most welcome, as would an audio/visual upgrade. It’s not exactly ugly, but the scratchy sound of the GBA leaves a lot to be desired, and this game has you playing as four different colored Marios instead of the now standard Mario, Luigi, Toad and Toadette/other Toad.

Additions such as being able to play as different characters, especially if they went all out and added different attributes for everyone, and adding stuff like new enemies and even powerups, could make this an absolutely killer online competitive game. It could work in couch co-op too, but one of the great things about this game is not being able to see where all your opponents are at all times, which isn’t really something you can properly accomplish in split screen. Regardless, it’s a proven timeless type of Mario game, and it should really get a chance to shine on its own someday. 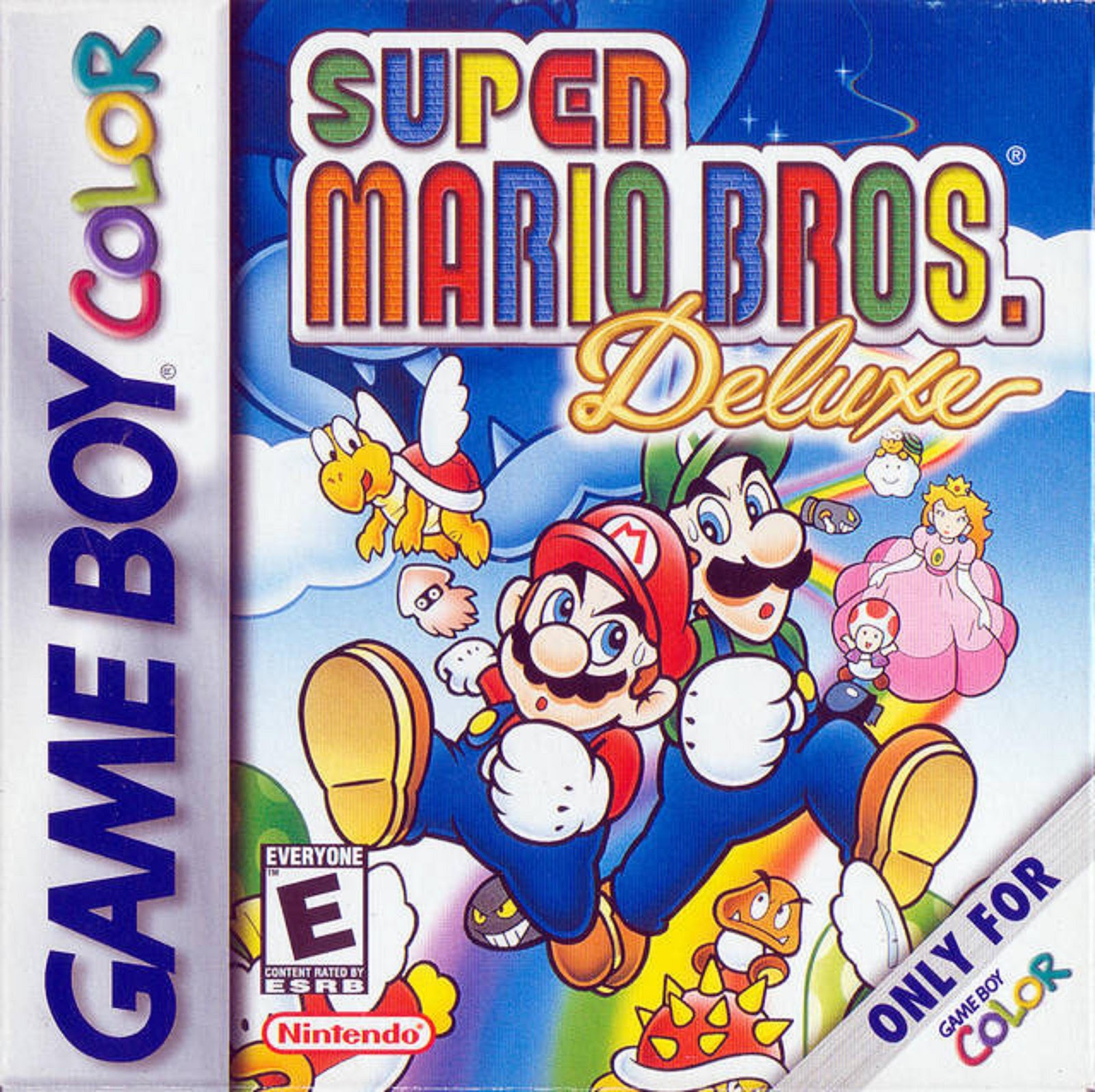 This mode could technically be played solo via the Boo races, but if you really wanted to know what Super Mario Bros. Deluxe was all about, you needed a link cable, and a friend with their own Game Boy Color and copy of the game. This Vs. mode was all about racing to the finish against a friend through completely unique levels designed just for this game that also featured brand new elements like color changing outline blocks you could switch on and off to screw your opponent over.

This isn’t exactly a complicated game, but holy heck is it fun. It’s also something that an absurdly small number of people have actually played. 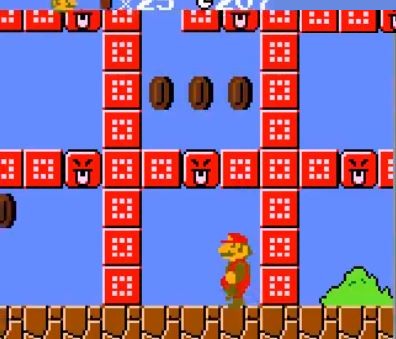 This mode did get a welcome spotlight put on it during the 2017 Nintendo World Championships where it made a surprise appearance as one of the games people had to play to win, but even then, it’s not like there was an easily accessible way to play it with friends.

Seriously though, watch the video of them playing it at the Nintendo World Championships. The way the reversible blocks are different for each player, the mini spring boards, there’s so much ridiculous fun going on in this game. Now imagine having this remastered the way Super Mario bros levels look in Super Mario Maker. A little more room on the screen to see what’s coming, a proper online mode to race against your friends, come on. It would be amazing.

But what’s perhaps the best, in my opinion at least, multiplayer Mario game ever conceived came as a mode in New Super Mario Bros. for Nintendo DS.

I was a big fan of New Super Mario Bros when it came out because it had been a very long time since they made a new 2D Mario game. I blasted through the main game and had a ball, ready to hang it up once I 100% completed it. But then I was hanging out with some friends and we decided to give the multiplayer mode a go, and oh man, this mode is freaking fantastic. 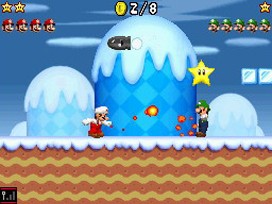 It’s 2 players, but I could easily see it still playable with up to four if they decided to modernize it a bit. Each player comes out of a pipe and has to start running through a 2D Mario level. The stage loops infinitely, so there’s no race to the finish or anything like that. Instead, the goal is to collect stars that appear somewhere in the stage at random intervals. The first player to collect enough stars wins, but keeping the stars you’ve collected is the hard part.

Mario and Luigi are also presented with multiple respawning power ups throughout the game. Hit someone with a fireball, their star flies out and bounces around for them to either re-collect or you to steal. Do a butt stomp on the other player's head, two stars pop out. Get a mega mushroom and you can easily crush your opponent and steal their stars. The stages are big enough for you to stay away from one another sometimes, but they’re also small enough that it’s nearly impossible to actually stay hidden for long.

Let me tell you, matches in this game can get vicious and absolutely epic.

This would take so little effort, and wow could it be a fun thing to play with friends online. And I know I keep saying online, but local with two Switches could work too. But each player having their own screen is paramount, just like in Four Swords.

I wish I knew why these games aren’t a thing. Remastering them as a sort of Super Mario multiplayer pack, or keeping them separate and making them Nintendo Switch Online exclusives would be great ways to get people playing proper multiplayer Mario. Because as fun as New Super Mario Bros U Deluxe can be with friends, or as wonderful as 3D World is, they weren’t designed with multiplayer at the forefront. They work (arguably better) as single player games. These don’t. These can’t. They’re made for multiplayer, and they’re positively begging to be brought into the modern era. The Switch is the perfect place for it.

Have you spent any time with these gems? Am I missing other fantastic overlooked multiplayer Mario games?