Mega Man 11 is an Odd Game. Yes, I know 11 is an odd number, that’s not what I mean. I mean, it’s good, but not great. It’s safe and bold at the same time, and it’s coming from a completely unique place. I honestly can’t think of another franchise that’s been in this kind of situation before, and while it may not have produced a masterpiece of the ages, I’m excited to see where this, one of my all-time favorite franchises, goes from here. The mainline Mega Man series went through a very clear evolution process from 1987 to 1998. The same you’d expect from any other game franchise, really. Okay, most franchises don’t see six entries on a single console, but you know what I mean. The first six Mega Man titles all built on the basic formula created in the first entry, and found small ways to keep things fresh. 3 added Rush, 4 added the charge shot, 6 added branching paths, etc. Then when gaming went 16-bit, Mega Man evolved with the times. Mega Man 7 saw brighter colors, bigger enemies, and more intricate level design than was possible on the NES. Then Mega Man 8 landed on the PlayStation and Saturn, and with it came a further evolution along the trajectory the series had been traveling up to that point. But then Mega Man 9 happened, and while it was a huge success with fans and critics alike, it was a very intentional step backwards for the series. It nailed the core mechanics that made Mega Man work in the first place, but it took the term “return to form” a bit too literally. Then they did it again with Mega Man 10, evolving what they did in Mega Man 9, but the series had already tread that ground. 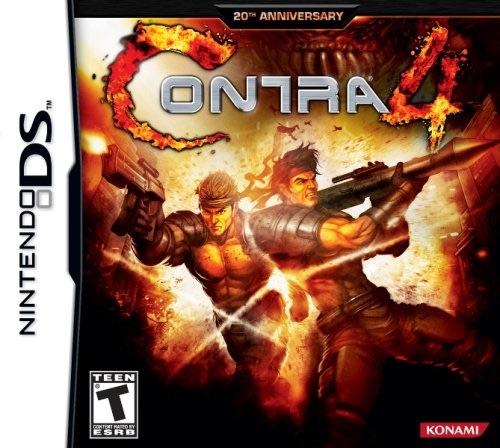 So now we have Mega Man 11, which is a super fun game, but it sits in a weird spot. Let’s look at the progression of its Konami-ian counterparts, Castlevania and Contra. Castlevania has moved in a ton of different directions over the years, but they stopped numbering their games pretty early on. Castlevania The Adventure Rebirth was treated as a retro-inspired spinoff, so when the Lords of Shadow games (other spinoffs) came out, there was no confusion on where the evolution came from. Castlevania had modern entries and retro-inspired ones coexisting. Meanwhile, during the Xbox/PS2 era, there were attempts to truly modernize Contra in the form of Shattered Soldier, Neo Contra, and even stretching back to Legacy of War on PSX/Saturn. But when Contra 4 came out on the Nintendo DS, the numbering made it so that even though it looked like a souped up SENS game, it still made sense as a sequel to Contra III: The Alien Wars as opposed to a sequel to whatever the last entry in the series was at the time. The new game looking more retro felt less like a step backwards and more like something that was filling in the gaps. Mega Man doesn’t have that luxury. Following the evolutionary progression set up by 7 and 8 with the completely 8-bit 9 and 10 leaves 11 feeling like a very strange follow up. Having recently completed the game, and thanks to the Legacy Collections having recently completed all the other mainline Mega Man titles too, I think that the new Mega Man team at Capcom did the smartest thing they could do, which is make Mega Man 11 feel more like a sequel to Mega Man 8 than 10. But because of 9 and 10 coming in the middle, they were likely forced to keep some things a little too simple. What I’m trying to say is, Mega Man has evolved, but since he had to devolve first, this was a rather strange evolution.

For one, exploration and secrets have been nixed almost entirely. Mega Man 6 started messing around with branching paths and alternate exits. Mega Man 7 introduced environmental secrets (like using Turbo Man’s weapon to burn down the woods). Mega Man 8 introduced longer stages with environmental puzzles to solve in order to advance. Almost all of those were removed for 9 and 10, and unfortunately that holds true in 11 as well. This is particularly disappointing because as technology was getting better, it allowed for these things to be added in impressive and clever ways to the already awesome Mega Man formula. I don’t necessarily feel that many of the stages worked in Mega Man 8, but having the stages be as long as they were was a great way to extend the traditional Mega Man adventure. I’m thrilled that the stages in Mega Man 11 are super long, but seeing the visuals on display not being used for cool environmental puzzles and branching paths is a huge letdown. The alternate path in Shade Man’s stage from 7 is such a cool highlight, and that there aren’t any awesome hidden secret areas like that in Mega Man 11 really stinks. 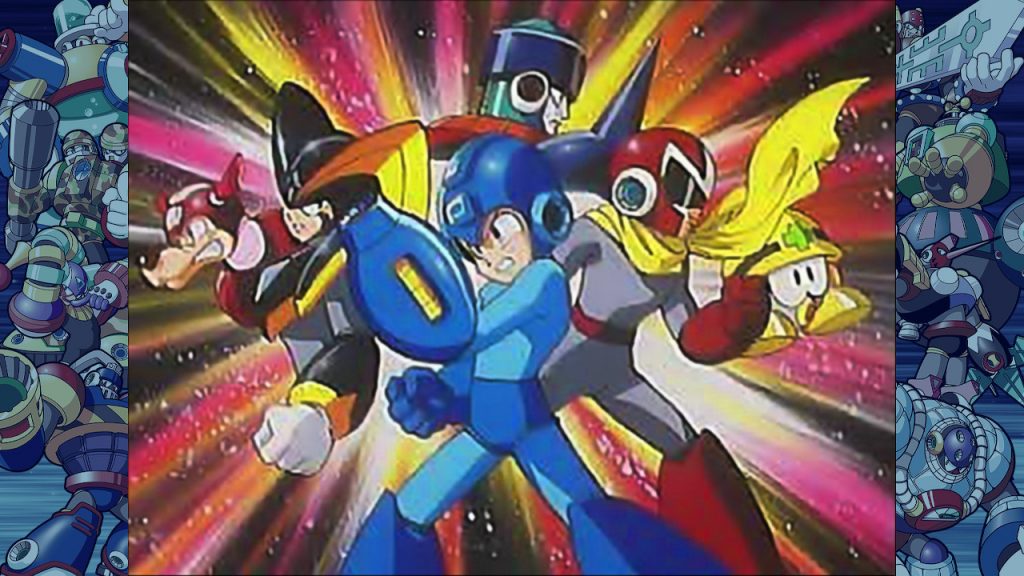 The cutscenes are also something of an oddity here. They all look perfectly nice in 11, but they’re very clearly modeled after the NES-era stuff, with the bulk of the story elements taking place in the game engine with everyone standing around in Dr. Light’s lab. 7 and 8 had different locales, with story elements and character conversations abound. 8, in particular, had its infamous anime cutscenes, and while their voice acting was more than a little suspect, there’s no denying those cutscenes looked amazing. I’m not saying there needs to be Final Fantasy levels of animated cutscenes, but a handful of awesome animated cutscenes strewn throughout would be so awesome, especially with 11’s refined art style. Not having anything like that in the game made it feel more antiquated than it should have. Not hugely detrimental, not by a longshot, but it still felt like it was stuck a little too firmly in the past.

Speaking of cutscenes and story, Mega Man 11 doesn’t feature Proto Man or Bass & Treble anywhere. These characters have been mainstays, even so far as to be playable all throughout Mega Man 10, but are notably absent from Mega Man’s return to numbered sequels, and it’s baffling. It’s not like the Mega Man series is dealing with this crazy huge cast of characters like the Sonic series. Fitting those characters into the narrative, even in some small way, wouldn’t have been too hard, and them having been left out makes the game feel a little off.

Mega Man 11 is also missing a certain modern Mega Man feature I’ve become very fond of, the intro stage. I believe the first time this showed up was in the original Mega Man X and was subsequently adopted for Mega Man 7 and 8. Basically, you get a mandatory stage to cut your teeth on before you get to the robot master selection screen. It’s usually kind of simple, features a cool-looking yet easy to beat boss character, and acts as a sort of primer to get used to the game’s controls and physics/any new weapons or features they've added to the game. Mega Man 8, for example, introduced that dumb-ass soccer ball powerup, and built that intro stage around you learning how to use it. 11 could have used a stage to explain the Double Gear system, but they skipped it. Mega Man 9 and 10 skipped it too, and while it worked for their retro-inspired takes on the franchise, I feel like the intro stage is an important part of modern Mega Man. Skipping it was a bad idea. 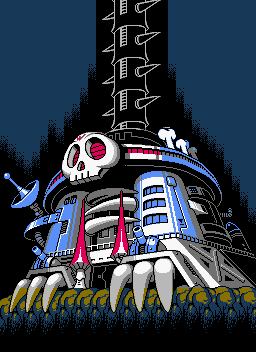 And while we’re on the topic of skipping (spoilers ahead) what was up with Wily’s Castle? Ever since Mega Man 3, there’s been something else to Wily’s Castle. You get to the skull icon and boom, there’s another one with an even bigger final boss waiting for you. You finish Cossack’s castle only to be greeted with a fresh set of stages at Wily’s castle. You get to the top of the castle and there’s a tower that keeps going up until you’re in frickin space. There’s always something. But not in Mega Man 11. What you see is what you get. I seriously accidentally beat the game because I was sure there was going to be something else beyond what I was playing. Nope. Beat Wily, end of game. What you see is what you get. Considering how inventive, frequently wonderful, and overall challenging the robot master stages were leading up to that point, I was astonished that it ended so abruptly.

These strange choices wouldn’t be so strange if Mega Man 11 looked like an NES game like 9 and 10 did, but it (thankfully) doesn’t. Mega Man 11 is at times an unbelievably good-looking game. It’s clean art direction can seem over-simplified at first, but there’s a ton of character and detail all over this game, and as such it’s hard not to think of what it could have been if the designers were just a little more bold. The robot masters doing cool stuff with the Double Gear system is a great use of modern technology. Block Man turning into a screen-filling giant or Fuse Man sipping around the stage at light speed simply wouldn’t have been possible in the 8-bit aesthetic. I’m thrilled that Mega Man feels modern again, and I absolutely like this game more than Mega Man 8 or Mega Man & Bass, but it’s time to take it a step further. If we’re lucky enough to have Capcom greenlight a Mega Man 12, I hope they’re not afraid to be more bold. Mega Man 11 was an absolute blast to play, and it did an admirable job of course correcting after the series fell a little hard into its old ways (and looks) but next time, I want more. 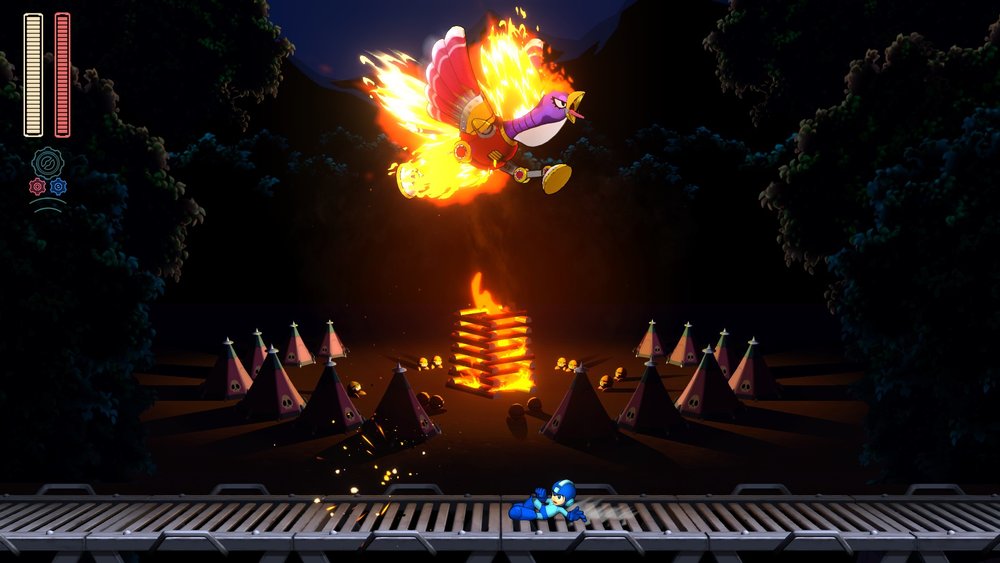