Dan and I were talking about Smash Bros. on the show this week. (I know, big surprise) and the idea of a Sega-themed version of the game came up. It hasn’t left my mind since. Sega’s back catalog of characters may not be quite as robust as Nintendo’s, but it’s certainly no slouch either! It’s part of why Sonic & Sega All-Stars Racing Transformed worked so well (because it certainly wasn’t the title!) Sega’s characters would make one heck of a Smash Bros. game, and if someone were to try and make it happen, I’d be all for it. So I went ahead and put together a list of 12 characters who I think would work perfectly in a Sega Smash. Why 12? I don’t know. Seems like a good starting roster number.

Really quick, Sonic isn’t on here because of course he’d be there. Probably more than one character from his universe would. I wanted to go a little deeper than that and really imagine just what these characters could be like in the game. And since Sonic is already in Smash, there isn’t really much mystery there. Okay, now that’s out of the way, let’s get to it. 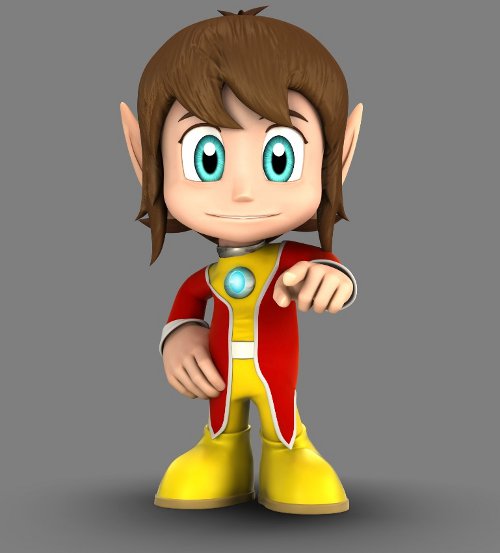 Sega’s original answer for Mario. Their pre-Sonic main man. Alex Kidd may be a weird little monkey man, but there couldn’t be a Sega Smash without him on the roster. Setting aside his historical context, he’s a super-weird and interesting character design. This particular image comes from his recent stint in the Sonic racing games, but with some further modernizations, Alex Kidd could wind up looking legitimately cool. There were some reimaginings of this character later on in his career that made him look more distinctly human, but I like the weird half monkey approach. Keeps him interesting. As for his moveset, it could very easily be built around his punches. Because this little guy knows how to make a fist! He could probably also have a Janken-based counter move or something too. And just think of the stages and music! 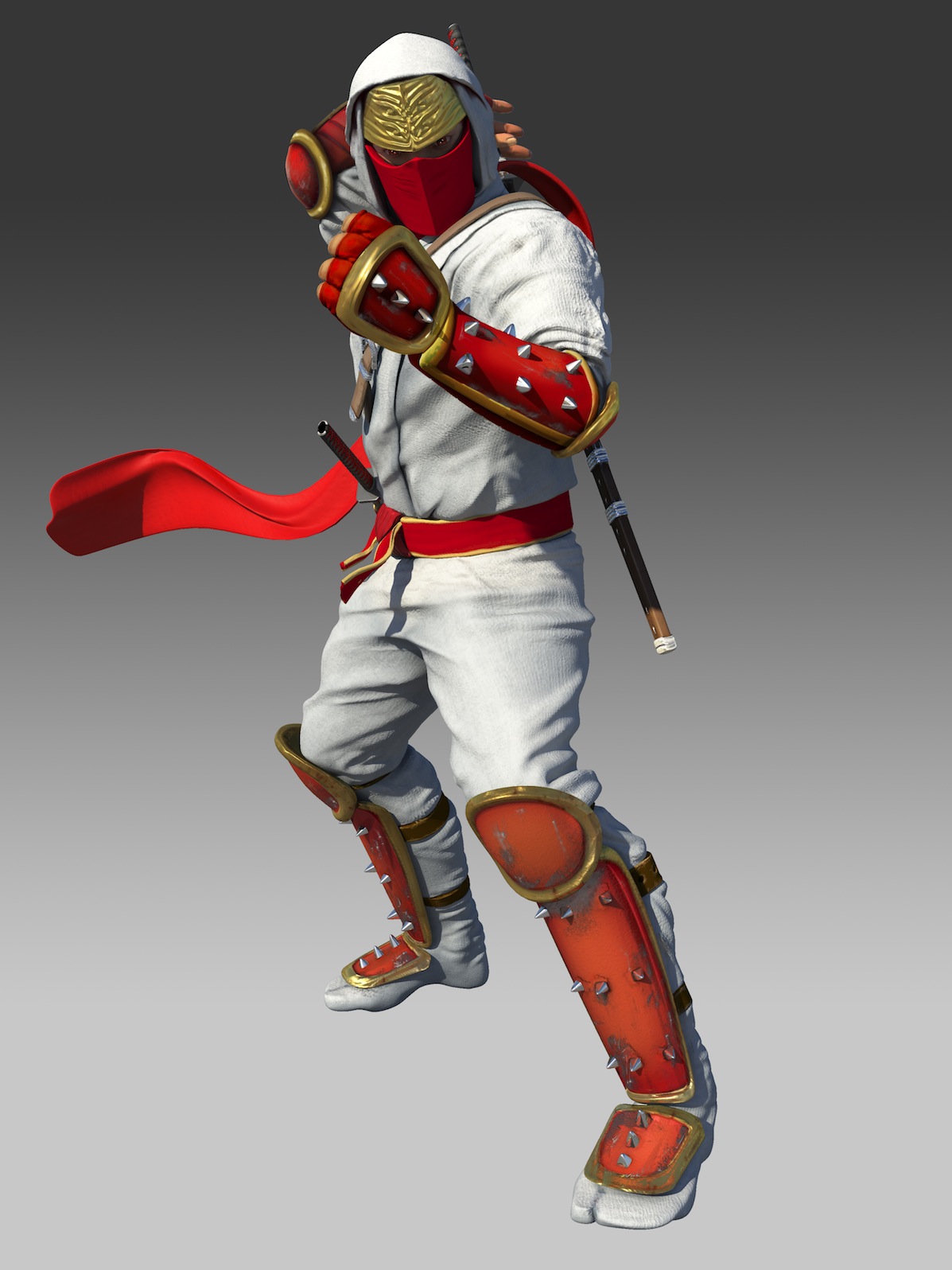 Super Smash Bros. has a shocking lack of ninjas on its roster. Sega Smash could fill that void in a heartbeat with the coolest video game ninja this side of Ryu Hayabusa, Joe Musashi. There are a plethora of looks Joe could go with, including the Hotsuma look from the PlayStation 2 game, but for my money, his white outfit (seen here from his appearance in Sonic Racing Transformed) would be perfect. His moveset would be a pretty easy thing to come up with, too, what with the sword, kunai, and all around ninja status he has. He would definitely be a great jumper. And his Final Smash (for lack of a better term) could have him go into the first person shuriken throwing mini game from the first Shinobi game. Perfect! 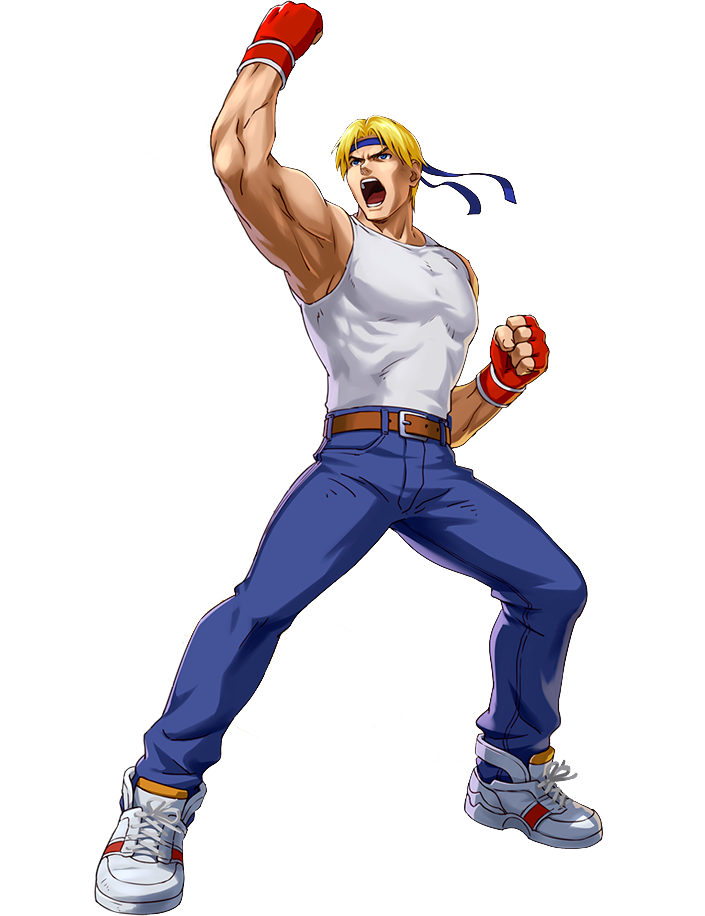 Axel Stone from Streets of Rage

If you had a SNES, you played Final Fight. If you had a Genesis, you had Streets of Rage. The Final Fight characters have gone on to have illustrious careers in the Street Fighter and MVC universes. The Streets of Rage gang, however, not so much. Which is such a shame because Alel here would be a ton of fun. A nice close range fighter with some flaming fists to send his opponents flying. He could sport his old school look like in this image from Project X Zone, or he could rock the scruffy bearded look from the upcoming Streets of Rage 4. I honestly don’t care, as long as he’s there. Streets of Rage could provide some killer stages, too. And that music! Perfect for beating up guys. And hedgehogs... 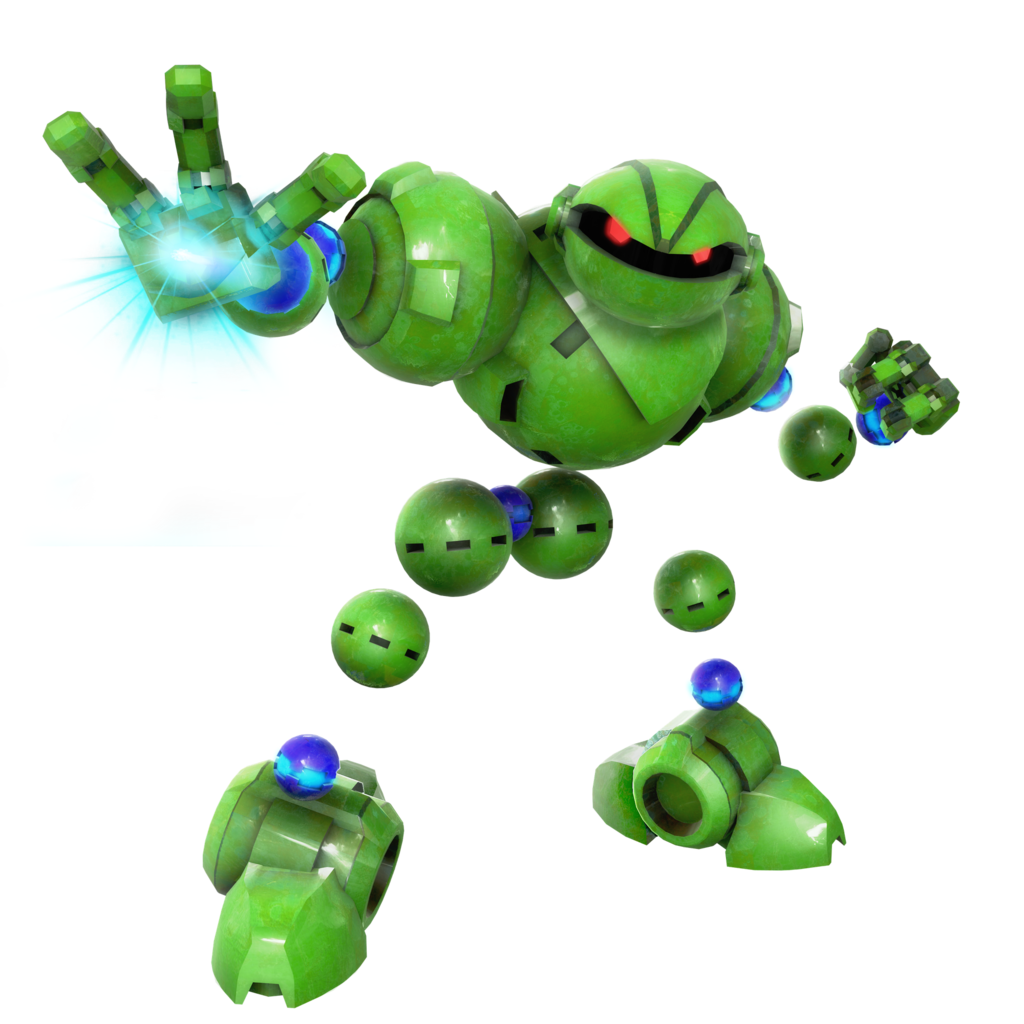 As I’m running down this list, it’s remarkable how many of them simply do not have a direct analog in Smash Bros. Vector Man could play like a cross between Mega Man and Sonic. He’s got projectiles, transformation options, speed, and a uniquely “skatey” feel to his movements. He’s also a super cool character who hasn’t been seen or heard from in a very, very long time. I’ll admit to never having been able to get into his games, but I’ve always seen the potential. Maybe spending some time in a Smash style game could do him some good. 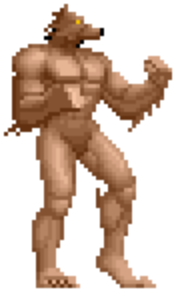 I feel like working this guy’s transformations into his moveset could make him something of a complicated character, but it would be totally worth it. For the sake of simplicity, he should probably be limited to his wolf transformation, since that’s easily his most iconic. He was plenty capable as a human though, so he could be the kind of character who has to build himself up as you go. Maybe he can make those orbs appear by beating up his opponent, and as he collects them he can beef up just like in the game. Then, if you make it to his wolf form, you’ve got all his awesome moves at your disposal. The forward dash and the fireball would make him pretty formidable, and if there ever was a Sega brand in desperate need of a fresh redesign, it’s Altered Beast. 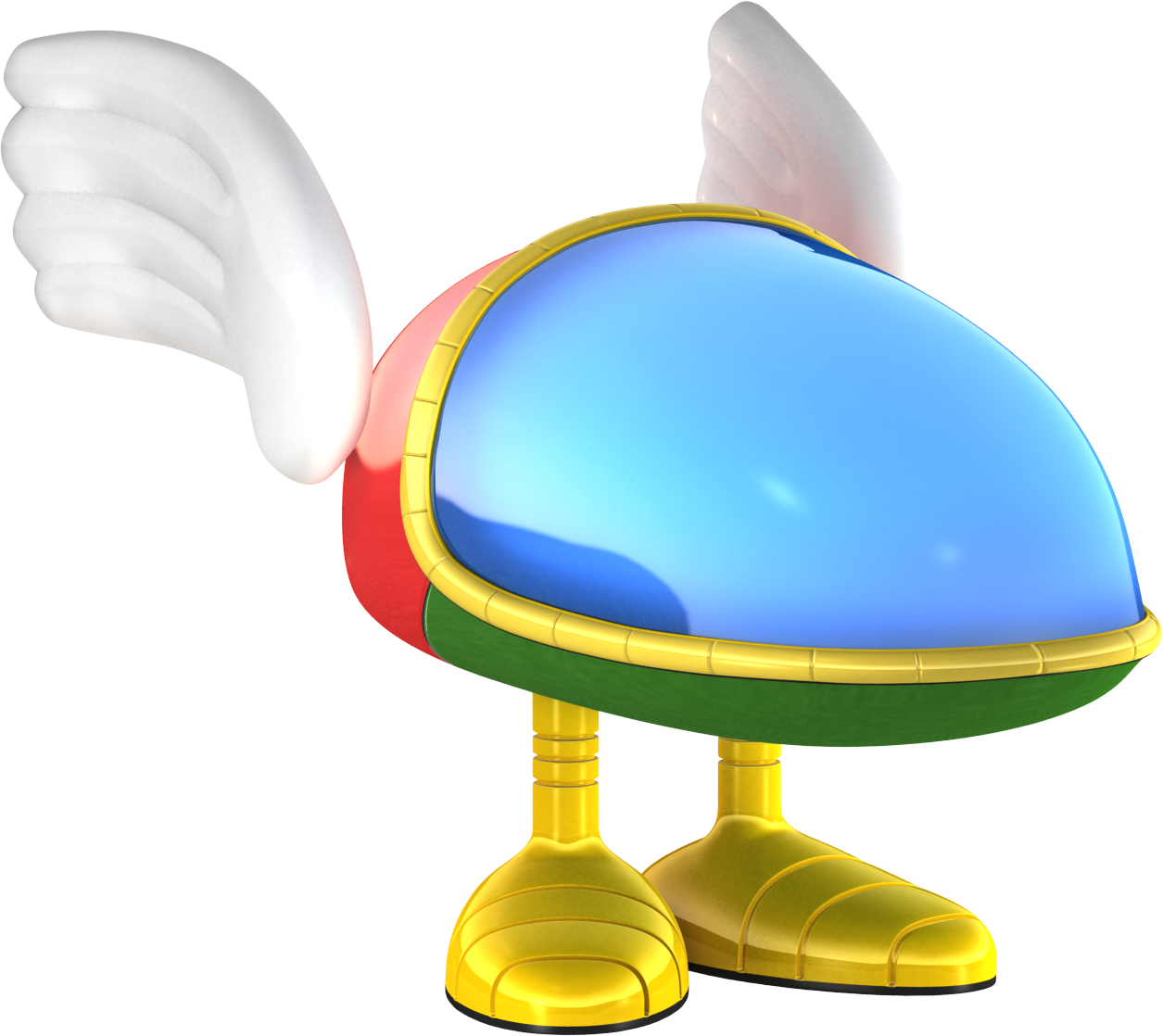 Not going to lie to you, I have no idea how to make this little guy work. But he absolutely needs to. He could be like this game’s version of the Duck Hunt dog. Something so out there that still somehow works. Opa Opa has lots of weapons in his (its?) arsenal, like the 7 way shot, the megaton bomb, etc., but it’s hard to see how to make use of that stuff in a way that makes him a good playable character. But that’s why I’m not paid to work at Sega. People far more creative than me are, and I have no doubt that if Nintendo can make the freaking Piranha Plant a viable character for Smash Bros., Opa Opa shouldn’t be much of an issue.

So, he’s a martial artist, and he drives a forklift. Of all the characters on this list who could be super boring, Ryo is just about at the top. But it’s the inherent weirdness of Shenmue that could actually make him a ton of fun. The forklift, for example, could work like Wario’s motorcycle in Smash. He can just sort of summon it at will and drive around like a lunatic. He could have a move that just throws random capsule toys around the arena. Make him ridiculous with his special moves, and dead serious with his regular attacks. I probably wouldn’t play as him, but I think he’d absolutely have to be there. 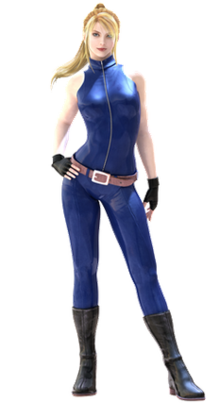 Sega owns more than one fighting franchise already, and Virtua Fighter is probably the most popular. I thought about Akira as a rep for this series, but he’s basically just generic martial arts guy. Granted, that could definitely work in this scenario, but with the roster of this game I completely fabricated and is most definitely never going to happen already being very male, I think having Sarah in the game would make the most sense. But I don’t play Virtua Fighter, so I’m not going to speculate on her moveset. I’m assuming she punches and kicks people. 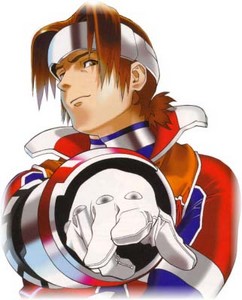 Get this man in a ridiculous fighting game! So, if you’ve never played the Sega Saturn cult classic Burning Rangers, it’s basically a game about a set of superhero firefighters. They have these cool suits, they shoot things out that put out fires, they have tons of personality, and Shou here is more or less the main character. He’s got a jetpack, so his double jump/recovery is easy. As for his moves, he’d do perfectly well with your standard punches and kicks, and then just use his cool firefighting tools for specials. Plus, a Burning Rangers stage would be awesome. Have it take place in a burning building with random explosions going off as stage hazards. Maybe putting them out could give players a bonus of some sort. Either way, this would rule. 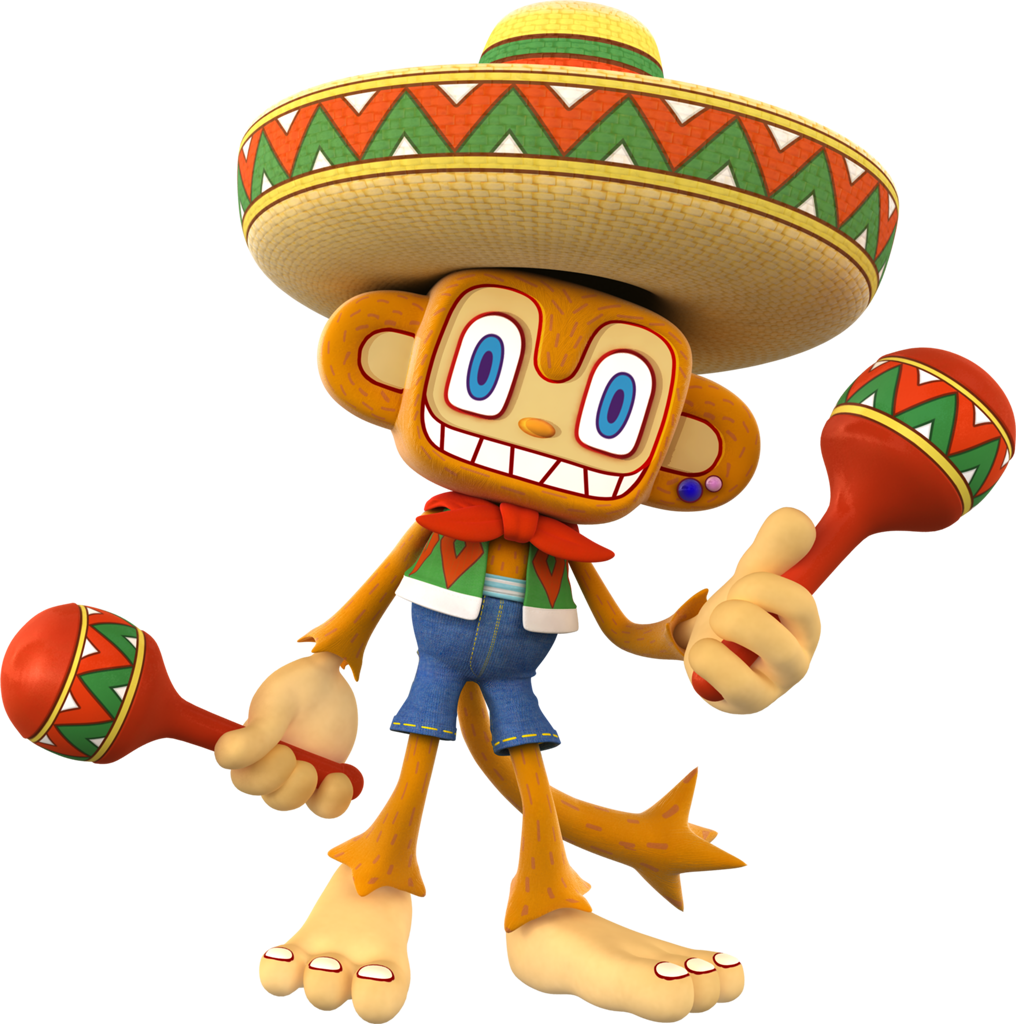 Monkey with maracas. The monkey beats you up with the maracas. There would probably be dancing involved. Just look at that face. There’s murder in those eyes. Samba would be a killer. 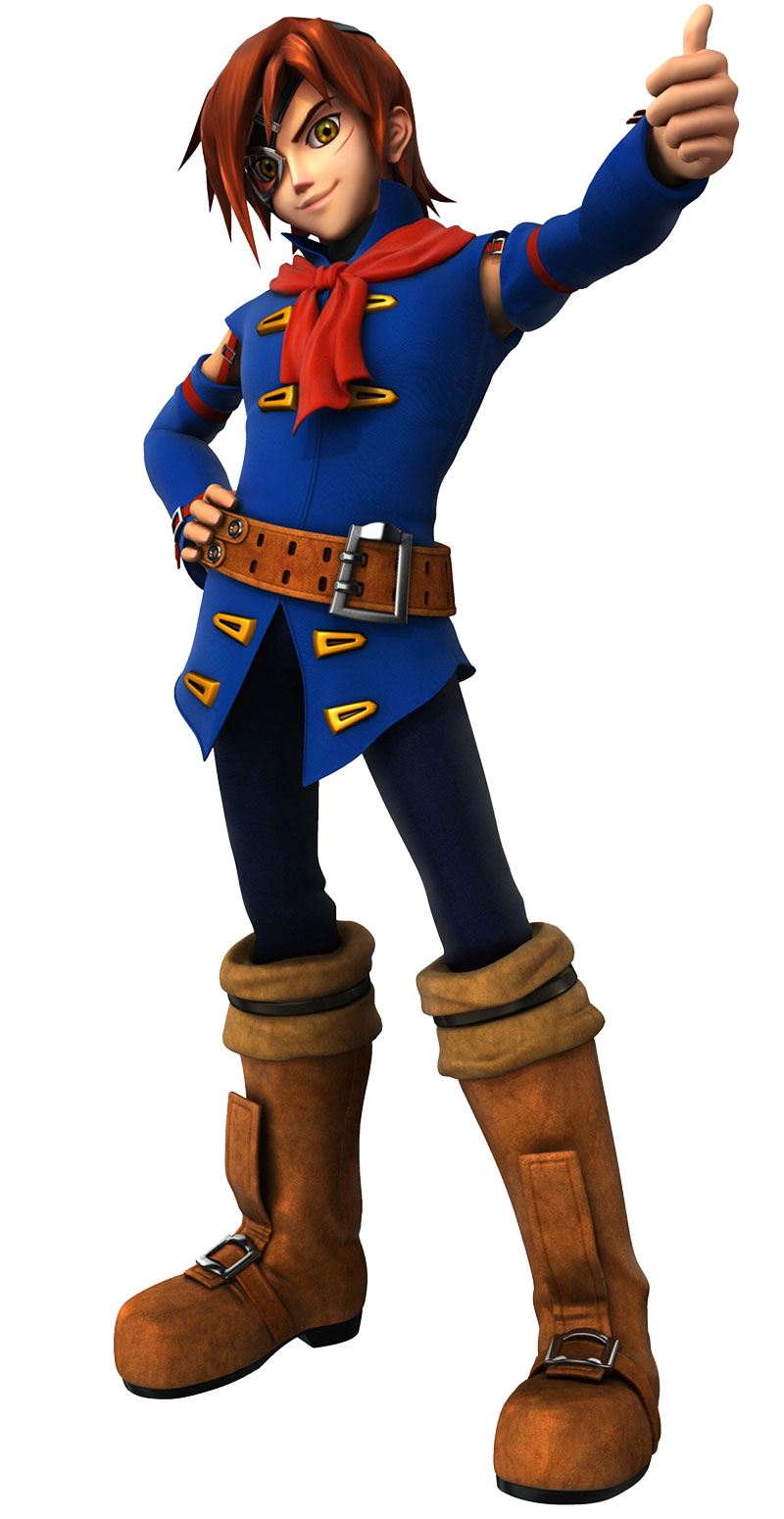 Vyse from Skies of Arcadia

Man, talk about a game that should be a franchise. Skies of Arcadia has earned itself quite the fanbase, especially considering that his game comes from the Dreamcast and GameCube, not exactly two of the biggest selling consoles in history. Still, Vyse is a freaking sky pirate with cool weapons at his disposal, and an air ship. There’s your final smash right there. If we’re never going to get a sequel to Skies of Arcadia, I can think of no better way to let out that frustration than playing as Vyse and beating the snot out of other characters. 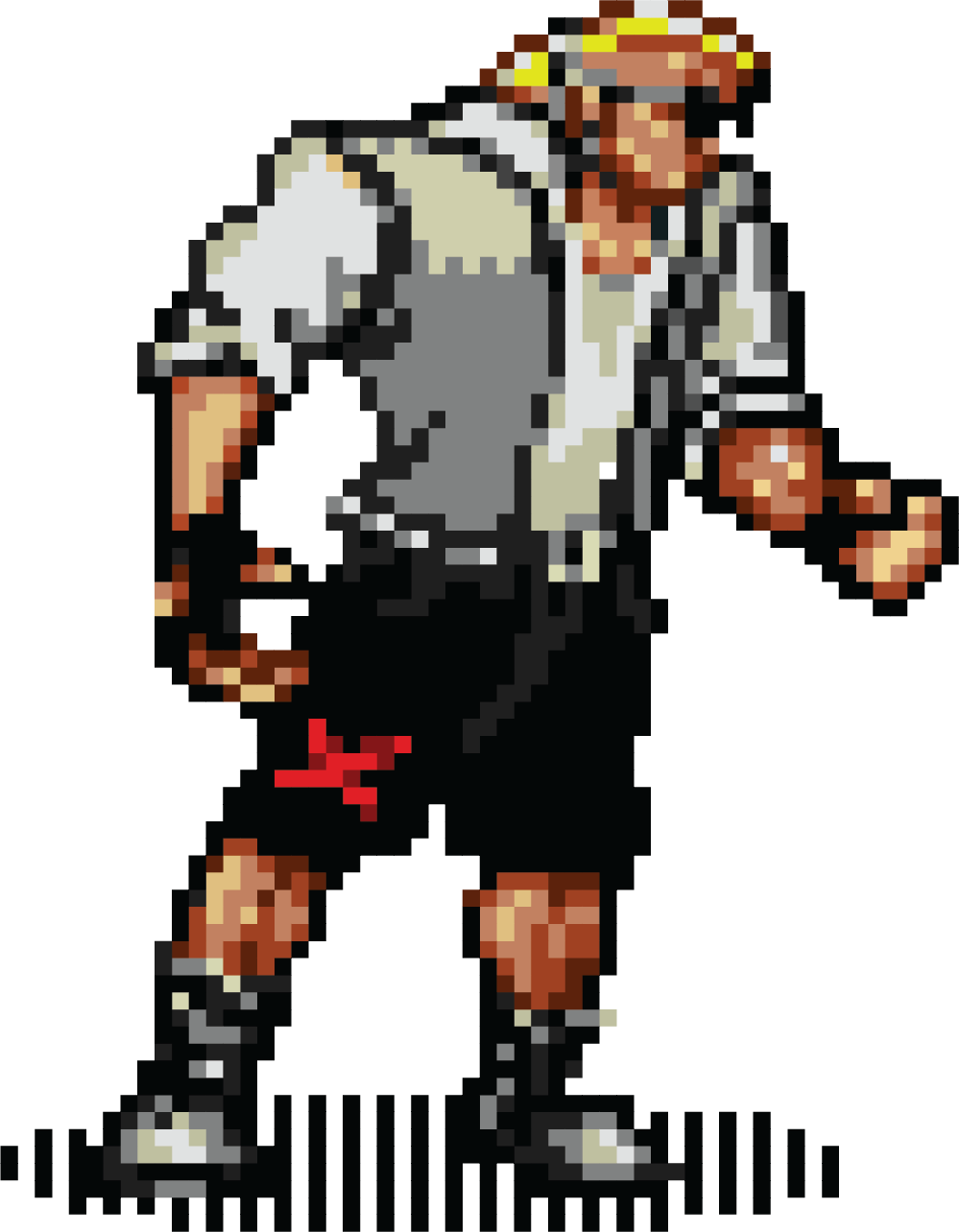 Sketch would be so cool. SO COOL. He’s already got basic melee moves covered, but his secondary moves could be dropping dynamite, throwing a knife, and using his pet rat for all manner of mischief. Then there’s the whole superhero transformation angle, which has some awesome Final Smash potential. But speaking of potential, a Comix Zone stage would be the coolest thing of all. Fighting in different comic panels, throwing characters from panel to panel, all the cool things that comic books do visually translated into a Smash-style stage are just… I can’t even wrap my head around it. If we’re never going to get a modern Comix Zone game, at least give me this.

And there’s so, so much more. NiGHTS, AiAi, Bug, Beat, Ulala, and plenty of others would make great assist trophies. And I didn’t even pull a rep from Phantasy Star or Panzer Dragoon. Their catalog is so good! Seriously, Sega. What happened? And more importantly, why hasn’t this happened? All joking aside, this was a really fun trip to take. I don’t dive into Sega’s catalog as often as I should, because every time I do I’m reminded of just how weird they are, and how awesome that could be in the right hands. What do you think? Would you buy a Sega Smash game?